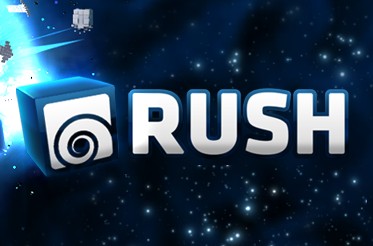 Thanks to our friends at Two Tribes, we had the chance to play the beta of their new game RUSH, probably before most people even knew it was out. Unlike previous Indi games Two Tribes have aimed for an accessible, gentle logic puzzler that combines 3D with an addictive pick up and play title adapted from their Rubik’s Puzzle Galaxy Game of the Wii, that perhaps though, doesn’t fully live up to it’s name. 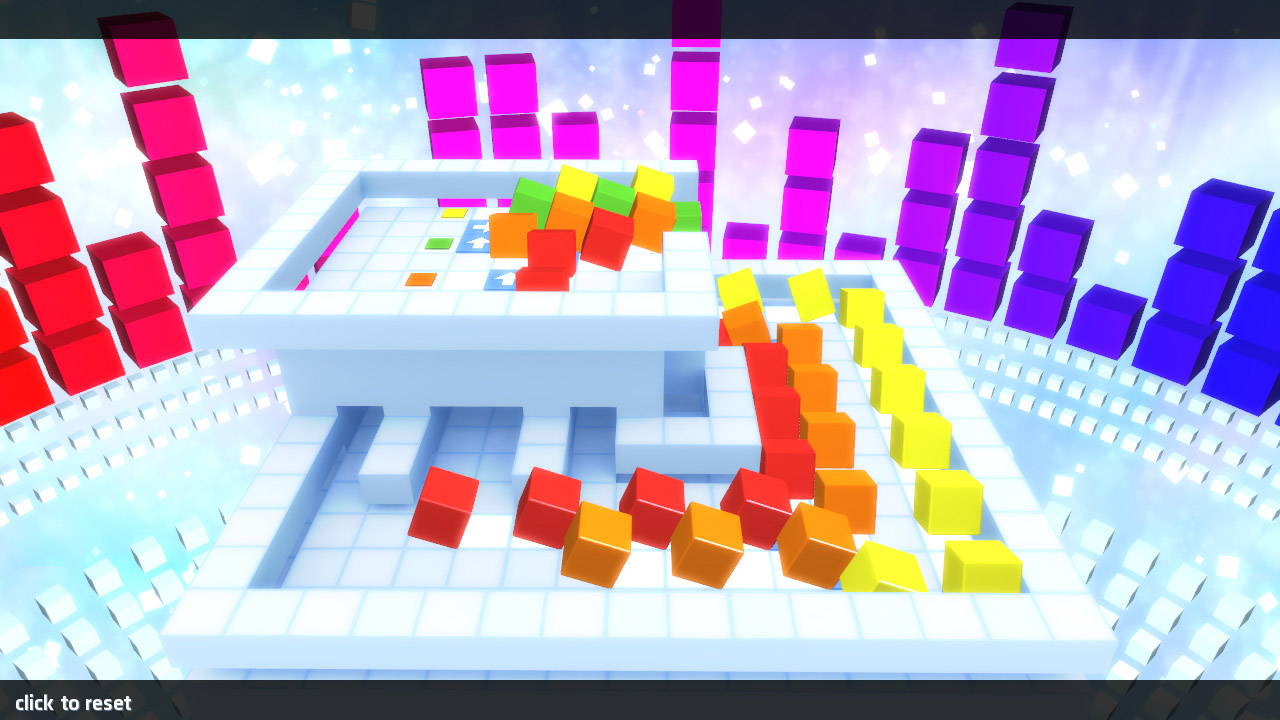 There are a lot of indi games in the market place today, compounded even more so with the likes of FaceBook, the IPad and IPhone. Although viewed on the PC from the BETA it is obvious that this casual controller free market is the going to be the core of the gamers for RUSH which has come out of Two Tribes Wii Ware title Rubik’s Puzzle Galaxy.

There are over 70 levels each simply constructed but in a logical pattern floating in space that vary across easy to hard and downright confusing. The puzzle levels are generally fashioned around a theme and are for the most part plain white, and easily rotated in 3D.

Ultimate objectives include getting the right coloured cube in the right coloured goal and that, is that. To achieve a positive outcome arrows can be placed to change direction or warps can be positioned to teleport cubes to another area of the level. There is no clock and all in all there is no rush to find the right way to get all the blocks in a row. If mistakes are made, simple reset and try again, moving the set number of pieces in a different configuration to change where the blocks are.

The game is simple and effective, while at the later stages timing does come into it, as different blocks will roll out at different speed and cross over each others paths. Quick to pick up, the game is intuitive enough that you can easily power through a few maps at a time before getting stuck. If you sign up to the Steam home page for the game as well, you will unlock 2 more maps, one in the shape of a dog and the only map that is completely black, without any shaders so that 3D becomes impossible.

Although what we received was more or less, the final product, and we can envisage Two Tribes doing quite well in sales, RUSH does feel like the building blocks to a much greater game. Some sort of editor would be excellent, to allow people to build and share their own maps and shapes, across the community or download more. The 3D nature of the levels as well, was almost redundant when the levels do not use the underside of the map anyway. For the most part it was easiest to zoom out from the top view, as almost always the cubes move in one direction across the top of the map.

The two free maps were good, although the plain black one was unnecessarily hard for no reason other than the graphics, an it would be good to see more variety.

Another indi title of similar style Illimo manages to build two characters around their game, while using both sides of a 3D level all the while wrapped in lovingly painted art style. No doubt, there is some room to build on top of a solid foundation of many well thought levels in RUSH, while establishing a foundation for building our own maps and levels and sharing them with the community.

We tested our version without a mouse via a laptop and had no issues using the 3 (mouse) buttons and the space bar to play. No crashes occurred or freezes or even any glitches, and it was quite simple to access the extra content in game from the website through Steam. 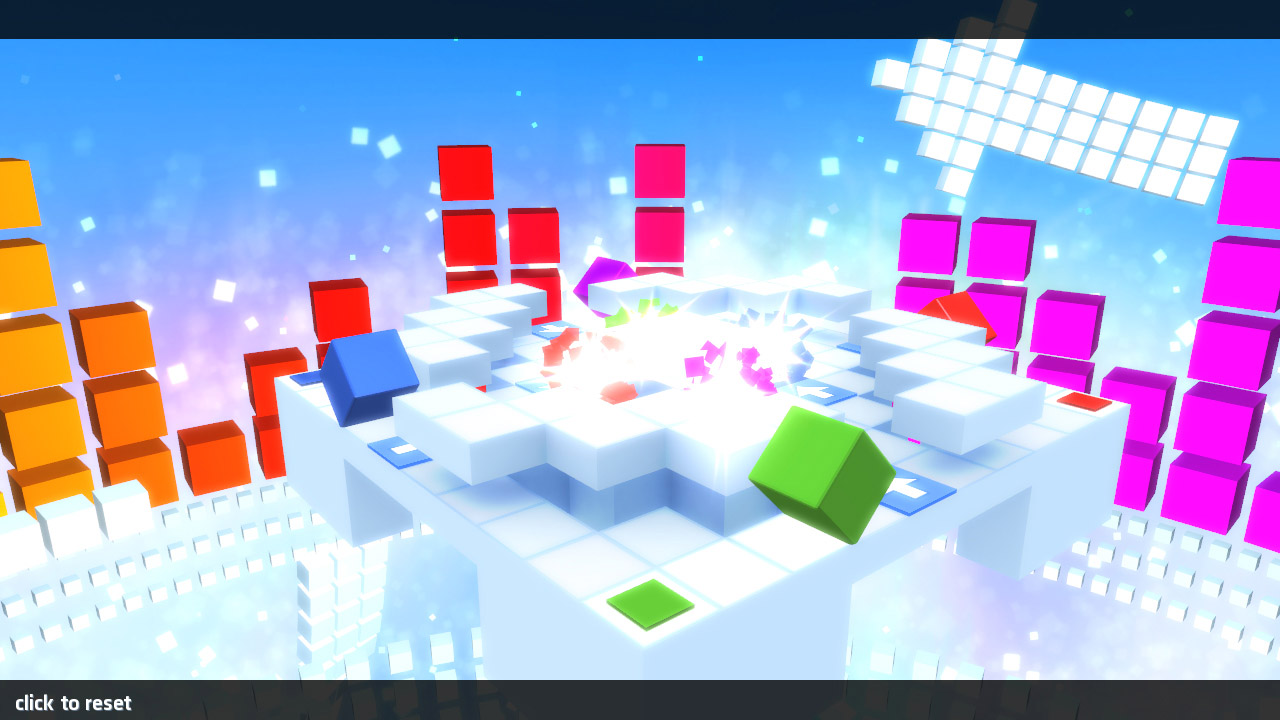 Despite the game being less of a rush and more of a logical pattern puzzler, the graphics never got in the way of gameplay, which is a good thing. There is a certain old-school retro theme going on with stark while levels floating in a background of rainbow and random colours. Everything else is colour coded and apart from that one flat black level no issues occurred. The thrill comes at the end from hitting play and watching as the blocks all fall into place, but some finer details like a ticking clock could have made a difference. Again, the menu is all very well presented with some basic tutorials to get you started.

The highlight is in seeing ho the levels are built with, each one different like the one shaped like a dog or a whirl pool or a heart. Using these shapes changes how the level works the size and 3D depth but also makes each one unique, while encouraging the idea of making your own later on (hopefully!)

To round out the package, RUSH comes with some pretty decent dance/trance music, that fits with the light psychedelic colours in the background. Again gameplay trumps any background music and it never gets annoying or interferes. Faster music at different times to heighten the feeling of RUSH might have been useful but the music, while repeating each level is fine.

There are two different sets of music that alternate and depending on how well you went in the level there is also a voice that will on occasion talk to you. This voice-over work is good and could have been extended to introduce the game or speak out the tutorials. Combined with the music and colours, there is almost a Japanese pop vibe to the game without specifically saying it, that is both fun and satisfying 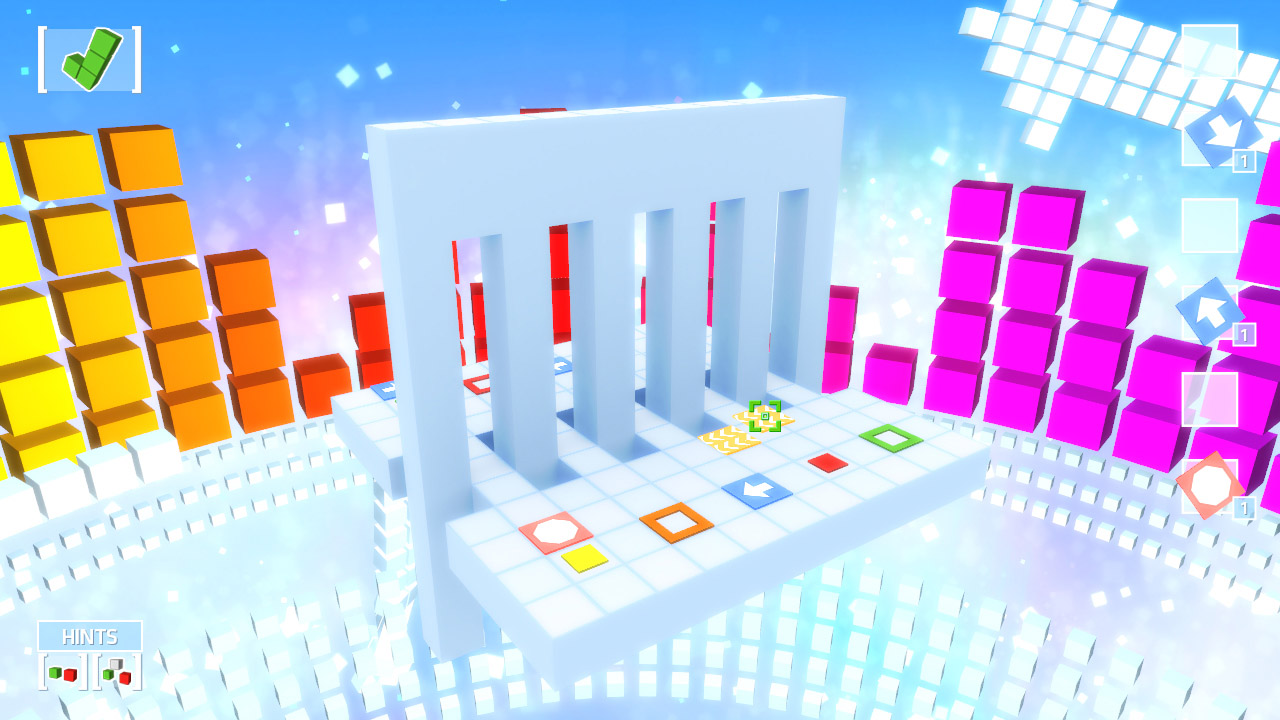 RUSH has been released through Steam and is priced at $4.49.  RUSH is a quick and simple game that will scratch the logic button of the brain without taxing it too much. The replay value is moderate as the levels can start repeat and even becoming boring, but it is one game worth coming back to, for an addictive but fun rush.