Overview
Zombies, the walking undead, there are millions of fans of these monsters all over the world and as such they have spawned a multitude of media based upon the idea of the living dead. The mobile gaming platform is a breeding ground for zombie games and the latest in a long line of them is Route Z, another game that tasks you with mowing down zombies in your trusty vehicle.

This is not the first game of this type, heck the concept itself has been done several times over on the mobile platform most popularly in the game Zombie Highway. So what is it that sets Route Z apart? Well nothing really, it is ultimately another zombie game that brings little to the medium that hasn’t been done before, but it does manage to be a fun game in spite of it. 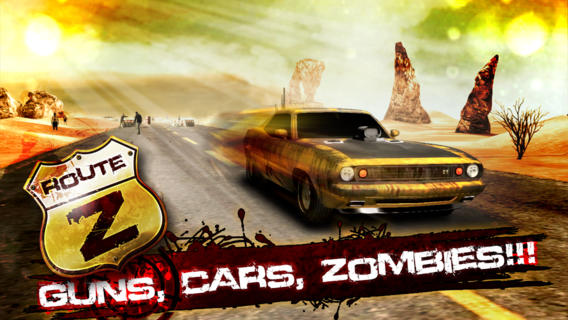 Gameplay
Route Z puts you behind the wheel of a car in the third person perspective with the task of running down zombies and avoiding obstacles strewn across your path. The game is controlled by tilting your device making use of gyro controls to steer your vehicle like a steering wheel would. It is nothing really new but it works well enough to prove to be a spot of fun.

The game features a great amount of in-app purchase options which is not exactly something that adds favorably to a game, however if you are the type who doesn’t mind popping some bucks on game you downloaded for free to get things that you can earn for free by playing the game, then maybe you might not find such in-app purchases so questionable. 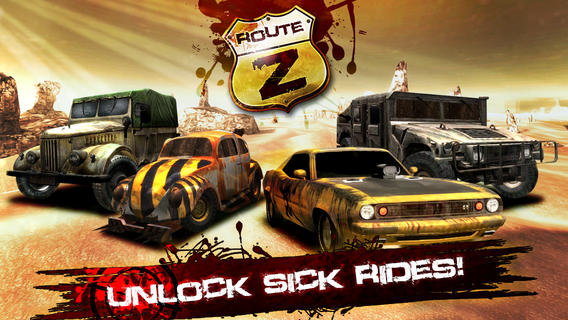 At its core, Route Z is a simple game, run down zombies get points, hit obstacles you die and start again. It is very simple yet is often afflicted with some weird lag issues during intense portions, not only that but there are some tedious loading times for the game. There is a fair amount of unlockable content, but most of it can be bought through in-app purchase. 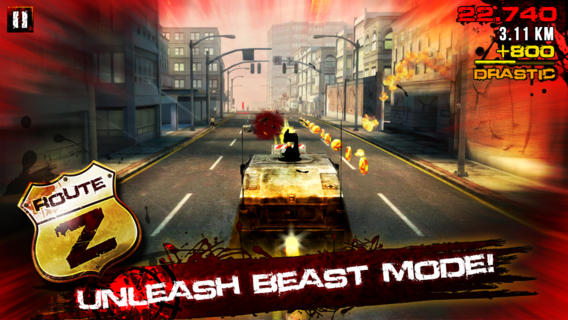 Visuals and Audio
Aesthetically there is likewise nothing special on show here in Route Z. The visuals are very familiar looking and not impressive enough to warrant the hefty loading times the game bares. The zombies themselves lack definition which is rather odd considering they are one of the major focal points of the game. The cars however are pretty well designed and appear to have had at least a little bit of time spent on them.

As far the soundtrack goes for the game, the word ‘forgettable’ comes to mind. There isn’t anything substantial to grasp at here and it just passes as a decent backing selection for the game. One can’t help but feel that they could have done something better, but the result is nothing but a pedestrian effort. 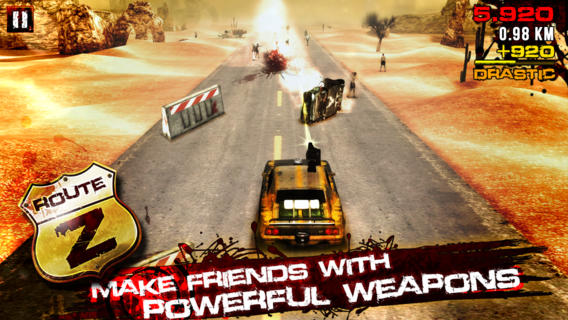 Overall
If you’ve played one zombie game on mobile you’ve likely played them all and Route Z is proof of that. It comes off as a poor attempt of game that has been made for mobile dozens of times. It offers very little that hasn’t been seen before and it is only as fun as the other games that it follows. Whether you’ve played Zombie Highway or Vroom! this is one game you probably will feel like you’ve played before. It is a shame really because Moonshark do seem to be a developer with some talent, if only they put more creativity into the mix. Route Z is a fairly fun but ultimately forgettable game that brings nothing new to table opting to repeat the same beats we’ve seen dozens of times before.