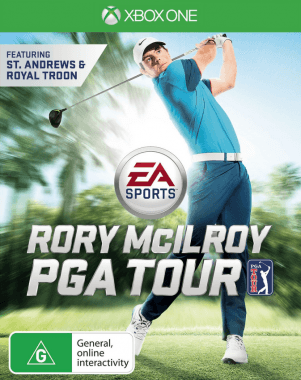 After being surprisingly absent last year, EA’s premier golfing franchise is back. Not only has the PGA Tour returned to consoles, but this is the first installment in the franchise that has been designed for the Xbox One/PS4 generation of consoles. Now I’m not an avid golf fan… Or a casual golf fan… To be honest I dislike any form of golf that doesn’t have the word “mini” in front of it, but I was pretty eager to give Rory McIlroy a fair chance because this is a new console generation, and it is always interesting to see what new additions the developers can come up with to set the new generation of games apart from the old… The sad truth this time around is that not only is there nothing really to write home about. 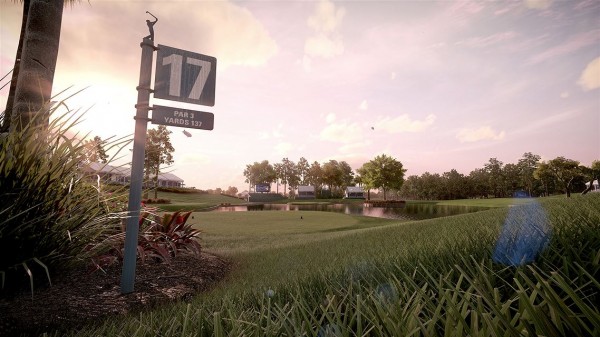 So like I said above, I’m not a golfer and honestly I probably never will be, and while that might make it a bit hard for me to accurately judge a golfing game I can say that I was super impressed with how tight the controls were right off the bat. There are a couple of different control schemes that you can change between depending on how you best want to play, but with all of them the simple act of hitting a ball across a grassy field felt so good. The Frostbite Engine (previously used for the Battlefield franchise) does some amazing physics work here, and the way that the ball flies through the air, bounces, curves in the wind etc are all phenomenal. I’m not sure if it is exactly how it plays in the real world, but it is definitely how I think golf plays in the real world.

Aside from super tight control,s the game itself is pretty bare bones. There is a career mode where you create a character (n probably the least fleshed out character creator I have seen in many years) and run them through the pro circuit. As you would expect from a PGA Tour game, there are a number of licensed courses to play on, each with their own unique traits and characteristics. There is a multiplayer mode but even this is limiting in the game modes it allows you to compete in. 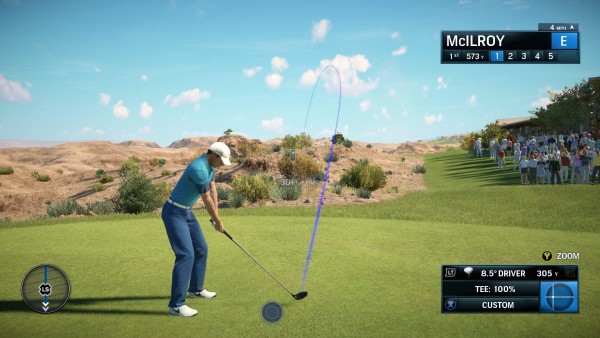 For those who grow tired of the vanilla golfing experience, there are also two arcadey gameplay styles available in Rory McIlroy PGA Tour; the first being aa challenge mode where the aim is to not get the ball in the hole, but to complete a series of tasks. Some of these tasks have you hitting floating rings of light, or chipping your ball through a portal. These challenges felt more fun and exciting (for me anyway) than traditional golfing, almost to the point that it felt like a completely different game. Secondly, there is a mode where a ship from Battlefield will crash into your course, forcing you to play around the behemoth. This was touted as a defining feature in a lot of the trailers and promotional pieces in the lead-up to the game’s release, but it is not anywhere near as dynamic or interesting as I (and I’m sure many of you out there) would have hoped.

For all the lacklustre, unexciting, vanilla gameplay that Rory McIlroy’s PGA Tour brings to the table, there is one particular feature that I cannot speak highly enough of; the controls. Like most games, there are a choice of a few different control set-ups in order to make you feel as comfortable in the game as you can, but the real treat is the fact that you can take elements from these control schemes and manufacture your own. This kind of control customisation is usually reserved for PC players using a keyboard, but having it here is a welcome addition. 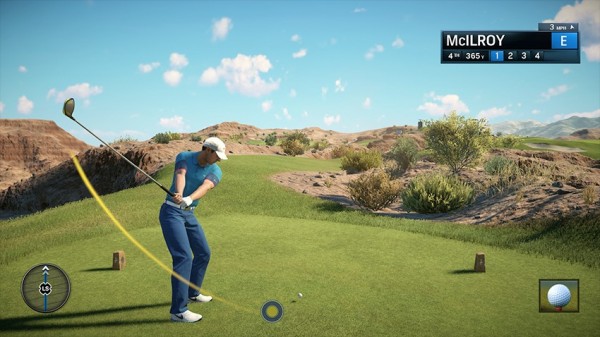 In terms of visual fidelity, Rory McIlroy’s PGA Tour is a nice enough looking game. It isn’t going to be winning any visual awards for sure, but the courses in particular are really well rendered. The light way that grass moves as wind blows through it is impressive and the clean interface makes for some simple and hassle-free golfing. However, there are times where I noticed some rather intrusive framerate dips, which is almost unexcusable considering the fact that there is never too much for it to be rendering at once. I will say though that the Frostbite engine’s speed in loading and rendering the courses means that there is little to no wait time as you move from one hole to another, really speeding up the process immensely. 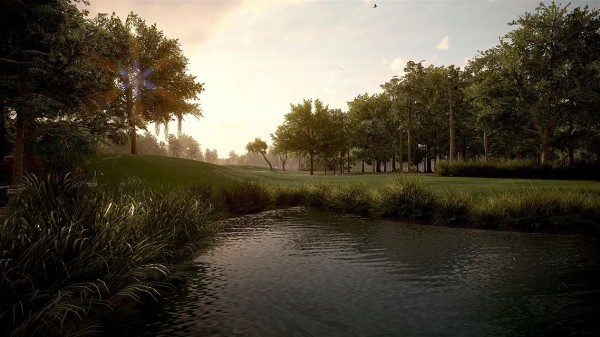 When it comes to sports game, be they golf, WWE, basketball or anything else, one thing that always manages to grate on me is the commentary. While this has improved in recent years, sports game commentators always come across as so dry, lifeless, and worst of all; repetitive. Sadly, these are not issues that PGA Tour has managed to overcome. Taking over the reigns of commentary are Frank Nobilo and Rich Lerner. Now, the two have a great chemistry with one another but their quotes, quips and observations are repeated a lot. Not only are they repetitive but they are quite often completely wrong in what they are saying. I think I had listened to the commentary for about three hours before I was completely done with it and needed to play the game muted for a while. 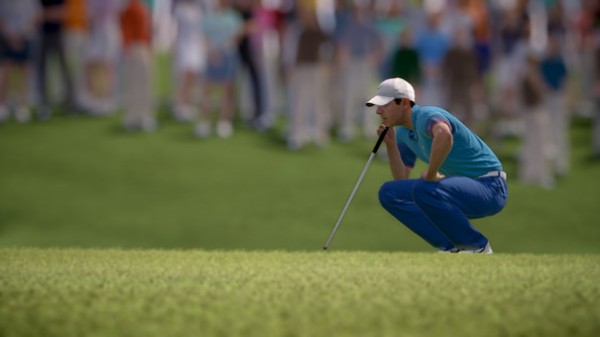 With golfing moving into the next generation, a new mascot and a new lease on life, I expected a lot from Rory McIlroy’s PGA Tour, but sadly none of these expectations were met. Sure the game is a solid golfing sim with enough to keep die hard fans happy with the experience, but it just feels so boring, bland and lackluster that it is hard to imagine your friends all gathering around the console for a round. The arcade modes add a lot to the experience but it just isn’t long enough. This is the first game to make its way to the current generation of consoles, so lets hope these are some hurdles that EA can overcome in time for the next installment.