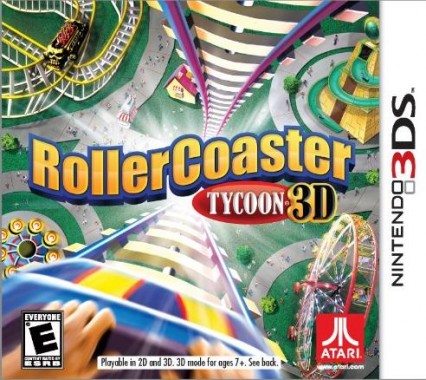 Overview
When it comes to large, historic franchises, RollerCoaster Tycoon is definitely on the list of most prestigious for a number of reasons. Even though the park sim idea has run it’s course, it is still fun crafting crazy coasters while keeping that income flowing in. Recently, N-Space and Atari partnered up to deliver the hit franchise to the 3DS. Yeah, with a touchscreen in tow along with the 3D visuals, you would think that this would be a recipe for easy success. Sadly, this Tycoon offering comes up a few rides short compared to it’s much older and more polished predecessors. Why do I say that? Here is my review for RollerCoaster Tycoon 3D.

Story
Believe it or not, there is a light story within RollerCoaster Tycoon 3D, and even though it’s barely relevant – it might be enough to satisfy a trek through the general campaign mode. Yes, things do get a tad more complex than that, but this mode’s sole purpose of existence is to teach players the ropes through very basic tutorial stages, and the shallow characters inside are much too forgettable to actually care about. 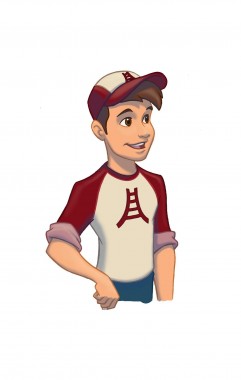 To N-Space’s defense, it seemed as if they did try to form together some kind of plot, but the lack of overall character just made it hard to enjoy any of the small dialogue sequences in-between park building stages. It also doesn’t help that the kids in the game closely resemble a terrible 90’s PBS cartoon – so unless you are a hardcore fan of the humor found in subtle – forced humor, there is a good chance you won’t be to enthralled by the happenings story mode has to offer.

Gameplay
It’s not an easy feat to port any game to a console, and the handheld transition is an even higher mountain to climb due to the obvious limitations. The thing is, RollerCoaster Tycoon is a bit of a relic now, and the 3DS rightfully should be able to handle that park sculpting, 2D styled gameplay that we all grew up with. Oddly enough, the result of the new 3D version is a bit of a mixed bag, overall. 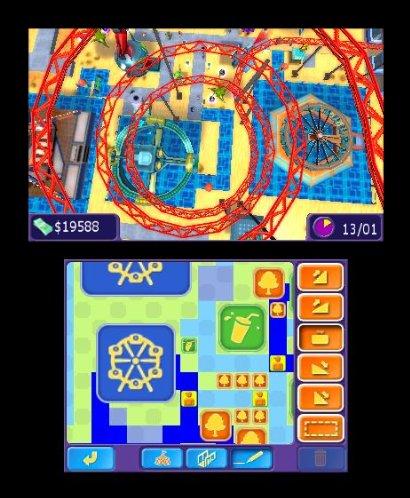 Starting out, everything appears to be familiar and rather comfortable. Guests will slowly spill into the park as the player manages everything – hiring staff and placing rides as income steadily grows. The more guests that visit your park, use your restaurants, and pay for your rides, the more money you will be able to spend to make the park better. Of course – all of this should be nothing new to returning players. That deep yet addictive formula still remains, but the rest of the game is a a bit harder to enjoy due to the way that the controls were implemented. 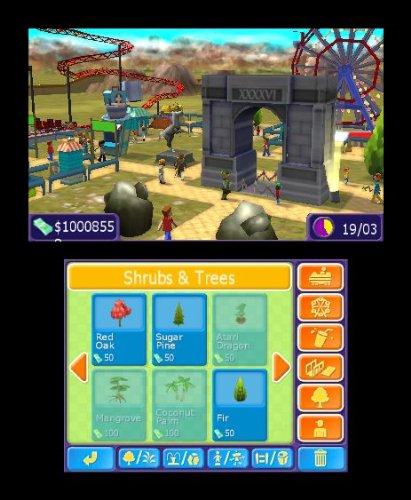 When I first heard that RollerCoaster Tycoon was coming to the 3DS, I thought the point and click mechanics would work well due to the touchscreen. Sadly, that isn’t the case within this handheld version. While the screen is big enough to handle the placement of rides and paths for guests – the usage of both the circle pad and touchscreen to set rides is not quite ideal. I mean, don’t get me wrong – it works after a bit of practice, but at times this method can feel like an absolute chore due to all of the precise movement needed to execute each drop effectively.

As far as modes go, the Story mode as I mentioned works a bit like a tutorial. A good amount of the stages set forth a few goals – with the main being to simply to collect enough cash to pay off a loan. Sandbox mode is the true meat of the game, and let’s the player set up a specific budget and build to their heart’s content. If you choose to do so, you can also give the Coaster Creator a whirl, which lets you build an awesome ride and then place it in a park at a later time. Small features also run a muck within Tycoon 3D as well, such as the option to enjoy the park you built by riding the rides, with the ability to even use the 3DS’ camera to snap a picture while coasting downward. 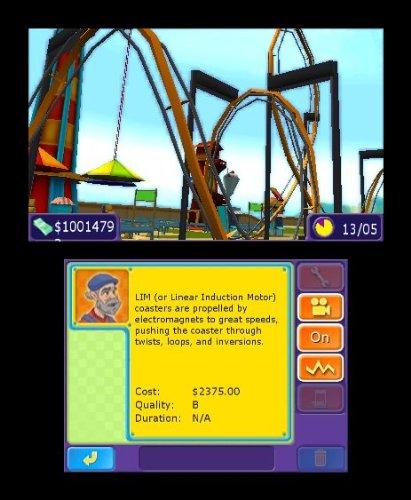 My biggest problem with the overall experience was that no matter how extravagant of a park I built, it never seemed to match up to those old creations that the PC titles delivered in the past. Sure, the Streetpass (which lets others visit your own park and vice versa), extra 3D effects, and small bonuses are nice, but the customization has been somewhat limited – leaving the entire product feeling quite lacking and nearly lifeless of any distinct personality.

Visuals and Audio
As far as the overall graphics go for this romp…well, they get the job done, but never truly show us what the 3DS can do. I spent countless hours with Zoo Tycoon on the DS, and the visuals really are not too much above that. The 3D mode when in the park was done well, but other than that – there is no other reason to keep that slider on as the extra effect is just too subtle to notice. Guests and workers seemed to be an afterthought for the most part, with visitors not showing up during their ride and fading away during moments when your population is pushing the limits. 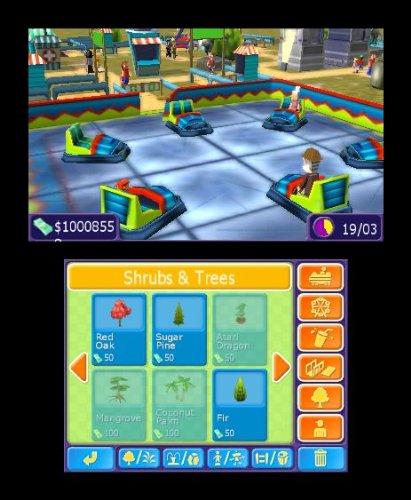 Music is nothing too special in Tycoon 3D. It’s there, mildly playful, but ultimately forgettable. I will say that the voices within the parks bode well for making each area feel alive and robust, which definitely gives this port of sorts a dash of much needed personality. Other than that though, the squeaks and bumps of your coasters are about all you will hear beyond the grinding background track that seems to be a constant reminder that we are playing a lesser version of a AAA franchise.

Overall
I wanted to love my time with RollerCoaster Tycoon 3D – and I would be lying if I said I didn’t have some fun during my many hours hammering away. With a good amount of features, mostly solid gameplay, and a limitless amount of creativity to be applied, it would be really hard for anyone to get bored in these magical little dream parks. Sadly, this is the year 2012 and even though this is just a handheld version of the main franchise, the 3DS is capable of more and this version of the game makes it seem like N-Space just settled for something “ok”, rather than attempting to give those older coaster sims a run for their money. RollerCoaster Tycoon is all about creating thrills and in a nearly thrill-less game, newcomers to the genre are probably the only visitors to this title that won’t leave disappointed.