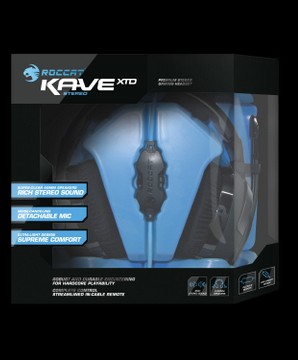 The Roccat Kave XTD Stereo comes in similar packaging as all Roccat products. The black and sky blue box contains just the headset and a small quick start guide. The headset is neatly bundled up with two Velcro cable management systems. The smaller one is a cheaply made one probably meant for packaging purposes only, but the Roccat branded strap is much higher quality. It uses the newer styled small sized hooks. This type of Velcro hook doesn’t catch on random things as much, is much sturdier, and is less sharp, which results in less cuts from rubbing up against it too hard. I love the fact the cable management tie was bundled in with the headset; it is a nice touch and a way better method than using twist ties or worse, just running over the cable with the office chair. 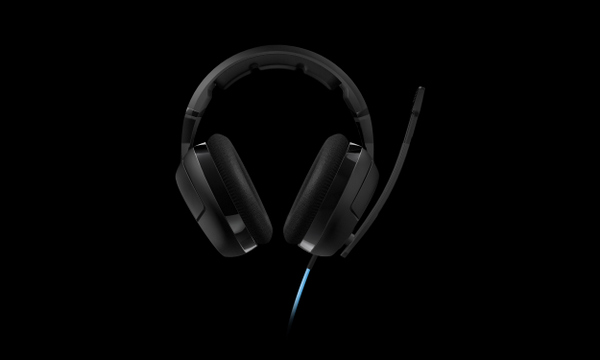 The headset is an analog headset. It terminates in two 3.5mm jacks, one for sound and the other for the microphone. The cable is very beefy and looks like it will survive being run over by a wheeled chair once or twice. The cable measures in at 2.5m according to Roccat, which means the previously mentioned cable management straps will be very handy for those sitting close to their towers.

The in-line remote is a small angular black plastic box located about 34 cm down the cable away from the headset. It dangles at a very nice length. I am roughly 1.67m tall and the remote hangs just over my lap. The volume wheel and the mute switch are both recessed. The recess is deep enough that it should be very difficult to accidentally make any changes.  The mute switch has a nice stiffness to it, engaging with a very solid click. The feel of the volume wheel is decent, needing a little bit of force to adjust. Personally, I prefer my volume wheels to be a little stiffer than the one found on the Kave, as I am admittedly a little paranoid about accidentally maxing out the volume from moving around during sweater weather. 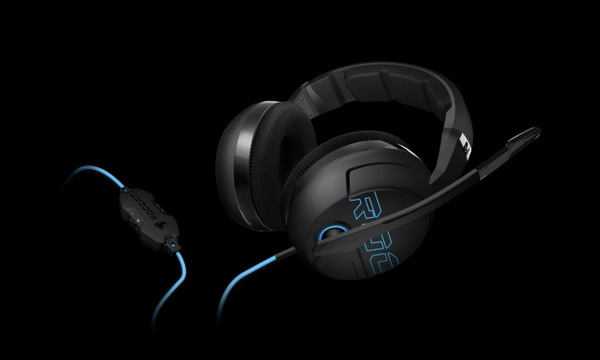 Upon picking up the headset, the first thing that struck me was how light it was compared to its physical size. The headset is big enough to look right at home on a girl’s head in an anime, yet it only weighs a touch over 300g. Roccat officially lists the headphones at 305g without the cable. I suspect the cable only adds a few extra grams to the weight. Mixed with the large soft plushy padding, the Roccat Kave XTD Stereo is extremely comfortable for long term wear. The extremely soft foam is wrapped in a soft mesh fabric that feels like polyester. There is a very generous layer of foam on the top of the headset which goes a long way in making the headset feel very light.

On the side of the headset is the removable microphone. Once the microphone is removed, there is a rather unsightly silver ring which clashes with the headphone’s black and baby blue colour palette. It would have been nice to see a plastic cover to both hide the silver ring and protect the jack from dirt and debris when being used outside the house. The microphone is capable of swinging around 360 degrees in its jack. It has a bendable piece about 6.5 cm long, but it is not particularly easy to flex. It takes a good bit of effort to bend it. I found trying to bend it into place by grabbing the end of the microphone did little good; the trick was to bend the microphone around a finger. Once it was in place, the microphone did not move at all. 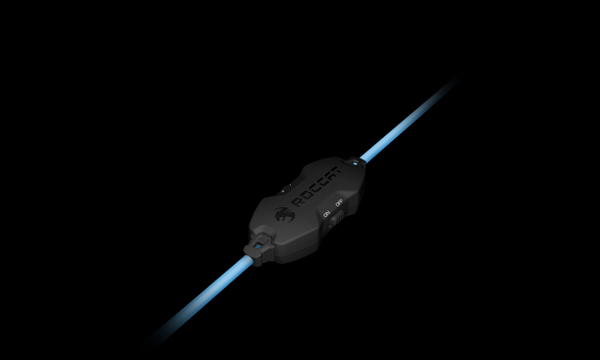 The omni-directional microphone is clear sounding. I did need to use Window’s microphone boost to bump my voice up to an audible level. The boom is possibly armed with an internal pop filter and is definitely short enough to be out of the way so that the usual suspects like the “p” sounds don’t blow the listener’s eardrum out. You can check out the short microphone sample below or watch the video review to hear how the microphone sounds for yourself.

As a gaming headset, the Roccat Kave XTD Stereo performed admirably. I was impressed with Roccat’s bass response. Normally gaming headphones are plagued with messy uncontrolled bass that just seems to sprawl everywhere. The Kave’s bass is tight and controlled while still packing a respectable punch. The mids are decent, but I found the highs to feel artificially distant. This works well for gaming, as it makes distinguishing the direction of footsteps a little easier, when used with virtual surround sound. This makes the Roccat Kave XTD Stereo is a great choice of headset for first person shooters. 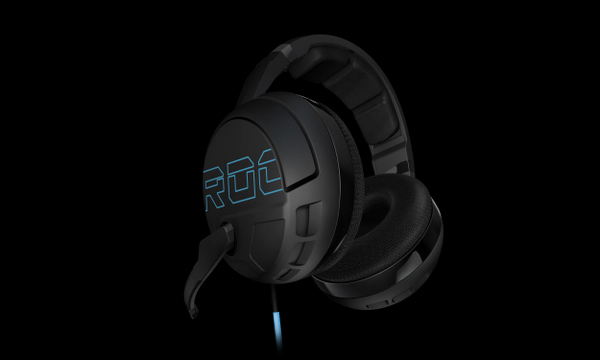 Unfortunately, I was less impressed with the Kave’s performance with music. The bass performance continues to shine, while the mids are passable. The highs are extremely unpleasant and makes certain genres of music like jazz and classical difficult to listen to. The higher end of the spectrum, which is not normally found in gaming, has a particularly scratchy quality that I found annoying. Mixed with the artificially distant sound of highs, I would not suggest the Roccat Kave XTD Stereo for music listening, unless your musical preferences are strictly bass-focused genres.

Roccat’s Kave XTD Stereo headset is a gaming headset through and through. It is perfect for long gaming sessions due to its comfortable lightweight design. The microphone quality is very good. Once set it place, it will not budge. The headset is tuned to be an excellent gaming headset, especially for FPS titles. It features tightly controlled, yet punchy bass, and its distant sounding highs accentuates the directions of important sound cues like gunfire and footsteps. Unfortunately, what makes the Kave XTD an excellent gaming headset does not translate to an excellent music headset.