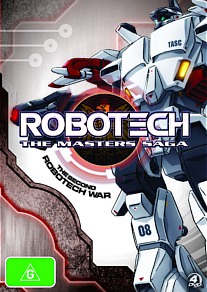 Robotech: Masters is the second season of the space epic that is Robotech. In this particular series, it is up to the next generation of humans to take up the battle against the Robotech Masters, who seem hell-bent on taking over the human race for the power-source Protoculture.

Robotech: Masters takes place 15 years after the events of the original Robotech transpired, so that means that it’s almost a completely new world out there for the human race. This also means that there is an all new cast of mis-fit teenagers who are ready and welling to take up the cause of defending the Earth from various threats from beyond the stars.

And just like that, there is a new threat. The Robotech Masters, a race of human like creatures who have resorted to cloning-like processes to keep their society afloat. However, they are running out of the precious power-source Protoculture and plan to take it from the Humans on the Earth. 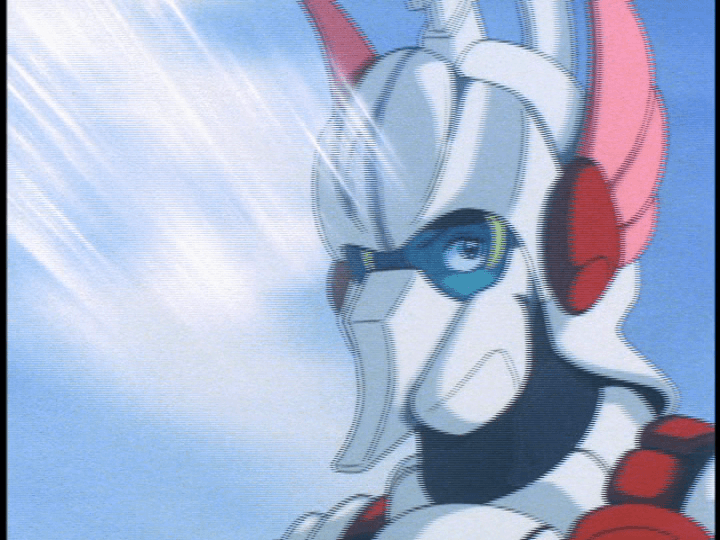 What I really liked about the story of Robotech: Masters was the way that it continued the lore of the original series while also making it’s own stand in the great Robotech meta-story. This really gives the impression that something pretty awesome is going on in the Robotech universe, something bigger than one race trying to wipe out one other race considering the way that the whole protculture issue is played out. It’s like the villains need the energy source for more than their survival, and in-fact is mentioned a few times that they need the source to combat the evil Invid forces.

However, the story distinctly does not feel like Robotech. Or more specifically, it doesn’t have the same emotional value that Robotech: Macross Saga had. This is, what I believe, made Robotech unique. You grew with the characters, you shared in their experiences and you felt this connection with the drama that was happening on the screen. In Masters, there is not that level of drama. Instead it seems to be that the characters wake up one day, go into battle and then go back to sleep. Sure there are some episodes that are more dramatic than others, and the drama did build across the series, but as a whole, it was just not at the same tier as Macross. 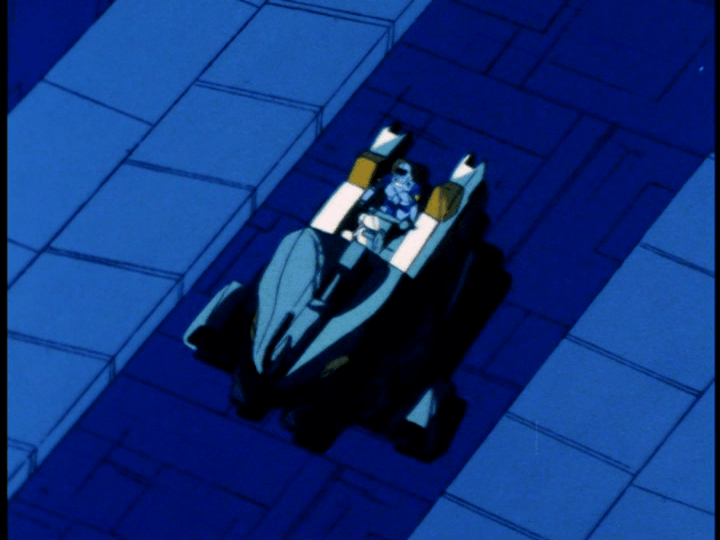 What made the story even worse for me, was that I couldn’t relate to any of the characters. I mean, this was made in a different era, but the characters seemed way too rebellious and way too punk-like for me to identify with. Even the characters that were pegged as the less mischievous types were still highly unrelatable for their own reasons. However, this is likely due to the sensibilities of another time and people from that era will probably identify with the characters a lot better than I did.

Visually, Robotech: Masters is not all that pleasing and that is not just because of it’s age, but it’s also because it is not as technically well drawn as Macross Saga was. In fact, it is completely evident that this series of the show was cut up from a completely unrelated series to Macross. And this is just through the visuals. 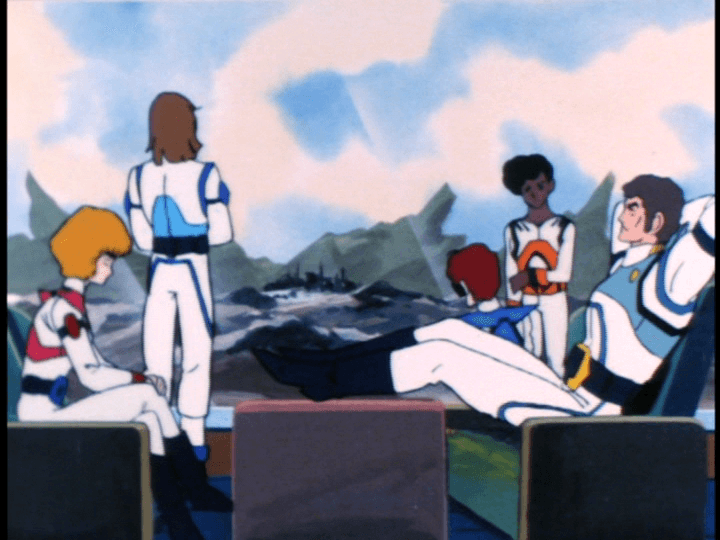 I feel as though Harmony Gold went on a licensing spree with Anime just before the boom in the 90s and as a result, may not have been able to market two different shows. This is how the show feels visually and, while it doesn’t significantly ruin the experience of Robotech, it does cheapen it just a little bit.

However the visuals alone aren’t that bad when you weigh them alone, it’s just that as a part of the Robotech meta-story, it seems massively out of place for the show to suddenly drop in production values so massively. For instance, while the battles are fluid and well animated, a lot of the more social scenes were a bit staticy. What I mean there is that basically, the characters were more still and less fluid in comparison to the battles. 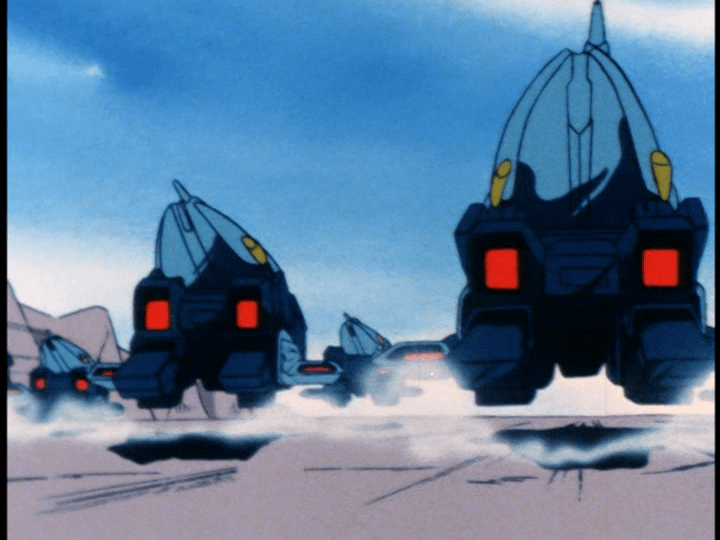 And really, visually speaking, the only reason that there are so many gripes is because this has gone against itself. If the visual quality was maintained between seasons, then everything would have been okay.

In comparison to the video, the audio is much better. That’s speaking on a technical level, and for most of the sound effects and voice overs from the series. However, I did have an amazingly hard time enjoying the lead female characters voice work.

I mean, she was probably meant to come off as this punk-ass teenager with little respect for authority, but what we got instead was this spoiled brat who didn’t seem to know what she wanted other than to be as annoying as possible to everyone around her. As a result, the main character was less than likeable and she didn’t grow out of this kind of unreputable behaviour, even though she was constantly being commended and awarded throughout the show. 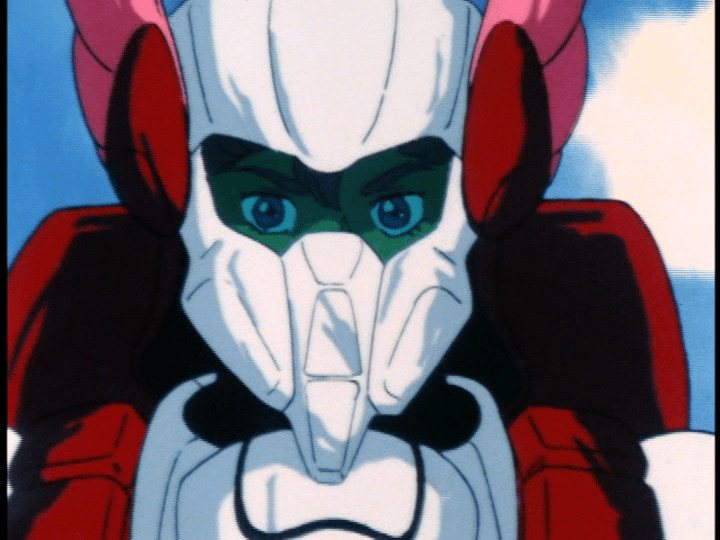 However, the majority of the other voices in the show are quite great and some of them are absolutely believable. However, due to the lesser-quality of the writing, some of the lines still come off as less-than-par sounding, regardless of how well it may have been acted.

As an avid Robotech fan, you will definitely want to pick up this second slice of a trilogy (not including Shadow Chronicles movie) of the Robotech meta-story up from your local DVD market. As a casual viewer, it is harder to recommend this if you have already seen the original series, it is definitely for the more hardcore viewers. If you haven’t seen the original Robotech but are interested in some nostalgic Anime, this could be your in to the Robotech franchise.