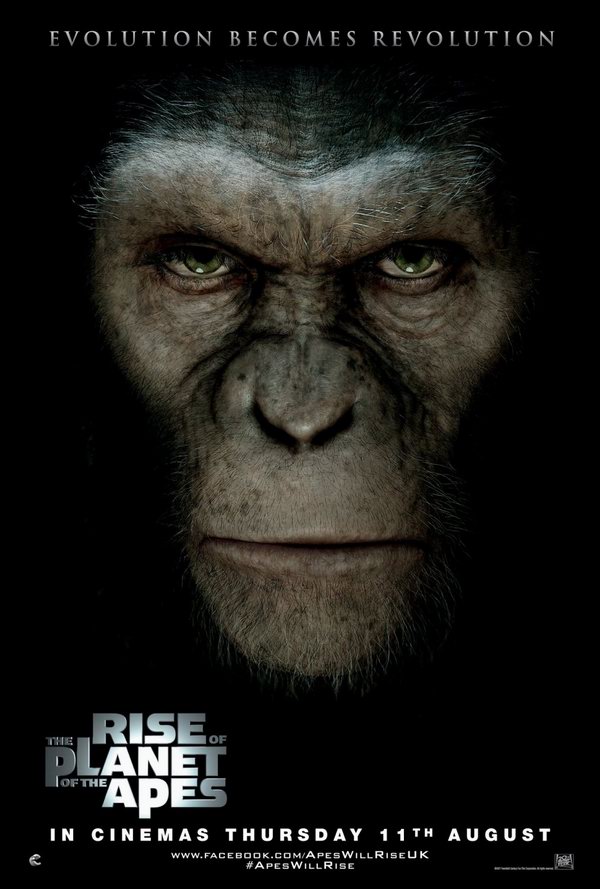 Rise of the Planet of the Apes has a big mountain to climb. It is saddled by both a huge history (there are half a dozen other movies and TV series, including the original with Charlton Heston), a less than stellar previous entry in Tim Burton’s 2001 effort and that good old Simpsons episode where Troy McClure does the musical version (Dr Zaius Dr Zaius!).

The story sees research scientist Will Rodman forced to adopt a baby chimpanzee who’s mother is put down after rampaging through the research facility where he works. At first only a temporary arrangement, the chimp (named Caesar by Rodman’s Shakespeare loving father) quickly becomes a permanent fixture in the household when he displays an incredible intelligence that gives Rodman hope for his Alzheimer’s cure.

This new entry into the canon is headed by Brit director Rupert Wyatt, and plumps for a still human earth as it’s setting. There are lots of nods to the previous films throughout, with a Statue of Liberty to spot and several of the most famous lines (you damned dirty ape! etc.) making their way into the script, one in particular providing a stand out moment where you could hear a pin drop in the cinema. The cast is full of dependable, more low key actors, including James Franco (127 Hours, Spiderman), Brian Cox (the lead from Wyatt’s previous film, British crime movie the Escapist) and Slumdog Millionaire’s Frieda Pinto (given the unforunate role of token love interest who would be better off not being there in the first place). Harry Potter’s Tom Felton also pops up, and looks to have been typecast already despite this being his first appearance in a major release post boy wizard. They all give solid but not standout performances- this show is all about the apes! 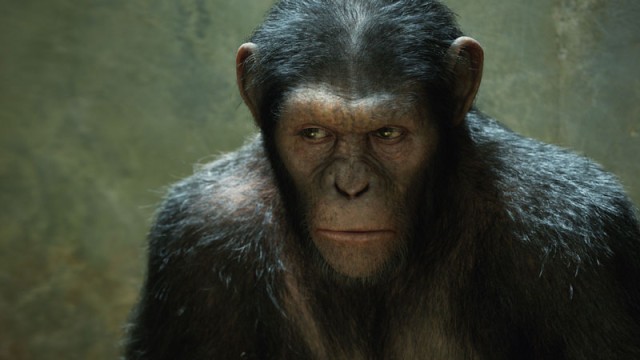 Caesar, arguably the main character of the movie, is played by mo-cap legend Andy Serkis, who seemingly has dibs on every major part that requires an actor to don a lycra suit and cover themeselves with little green dots. His performance, when combined with the fantastic effects, make Caesar a well layered, interesting character. It’s quite amazing how much emotion is conveyed without any spoken lines, and the non human characters provide something of a lesson on how powerful body language can be. Motion capture is proving itself to be one heck of a new technology, and I hope that the actors giving these kinds of performances (not just in this film) begin to get the recognition they deserve.

The plot at first follows James Franco’s scientist, moving slowly through slightly overdone bits of family drama, workplace politics and Caesars growth into an adult chimp. It’s only when Caesar is impounded after attacking a neighbour that the film truly begins to kick off. It turns from sci-fi pulp into a prison escape come rebellion with apes, and is all the better for it. Caesar’s fellow imprisoned apes are cleverly built into individual characters, and the interaction between them is far more entertaining and enjoyable than anything the humans do. The action cranks up a notch and there are several stand out scenes as the apes take on humanity, all topped by a grand finale on Golden Gate Bridge that sees mounted police take on Caesar’s rebels. 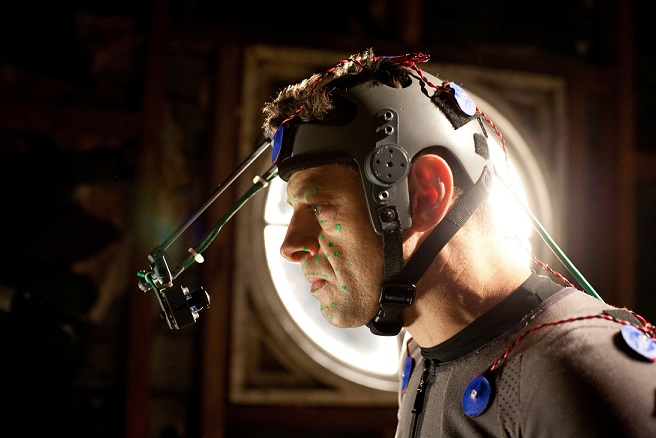 It comes as no surprise that the effects in Rise of the Planet of the Apes are outstanding. The company responsible is WETA digital, who also provided stellar work on the Lord of the Rings trilogy and Avatar. Every ape, chimp and gorilla is beautifully rendered in every detail, and there was obviously a lot of time spent on getting the body language of the animals spot on. Sound wise all of the roars, screeches and hoots of the chimps are oddly communicative and spot on for realism. Effects aside the movie is very well made, with a couple of memorable shots and action scenes that are well paced and exciting.

Rise is a movie of two halves. The first is still good and well made but nothing to write home about. The second, more chimp-centric part is what the movie will be remembered and praised for. I can see that some viewers may have trouble taking it seriously, taken out of context some of the chimp heavy scenes may become a bit ridiculous. Manage to look past that and the movie is a pleasant surprise, with some of the best set pieces and special effects I’ve seen this summer. The door is left wide open for a sequel or three, and with an opening chapter this solid (and a spoilery sub plot which could lead to some very interesting developments), I’m pretty excited to see what comes next.