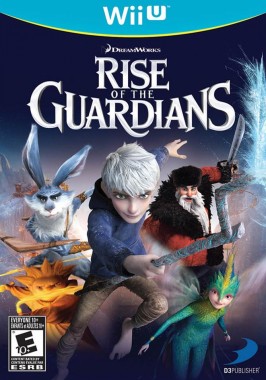 Overview
With licensed properties, a video game adaptation has always been black or white. It’s either good or bad, and most of the time – we end up with the latter due to rushed deadlines and limited funding pumped into the development teams attached. Over the past generation, that line is starting to blur, and we are learning that there can be middle ground. You can take the risk on a licensed title and get entertainment, but the risk is always going to linger based on how much that team cared about the final product. Rise of the Guardians stands in that middle area, as it is a solid release, but fails to roam outside of it’s safe zone to pull off anything truly special. Why is that? Well, here is our review for the Wii U version of the magical Rise of the Guardians for the Wii U.

Story
For those unfamiliar, Rise of the Guardians was originally a book that seen a reworking into cinema from Dreamworks, and featured a cast of five children’s heroes. Now this tale of the children’s heroes takes on new life in a video game format. This game follows the likes of North, Tooth, Sand, Bunnymund, The Sandman, and Jack Frost as they go on a journey to stop the diabolical Pitch from invading sleeping children’s dreams and causing nightmares. 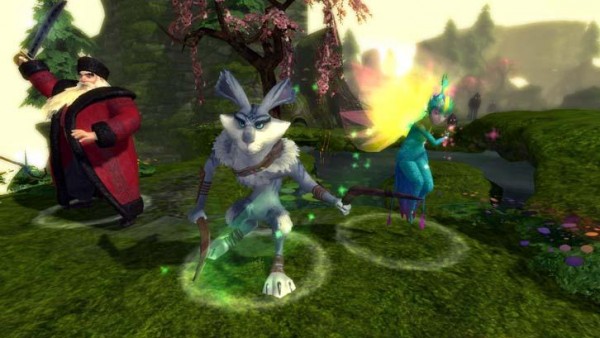 Now, there isn’t really anything special about the story, but the voice actors and presentation do a decent enough job at portraying the narrative within, so the targeted audience won’t have much to argue about when it comes to Guardians putting on a show. Older gamers who enjoyed the movie won’t really find the same charm – but Rise of the Guardians again really isn’t focused on producing anything to the quality of the cinematic experience, as it just seems to be content with it’s ho-hum delivery at all times.

Gameplay
As far as the gameplay goes, there are definitely a lot of games that come to mind when first starting out within Rise of the Guardians. You see, this romp is a top-down hack and slash, filled with some RPG elements such as leveling, ability upgrades, and a small amount of looting. Think X-Men Legends or Marvel Ultimate Alliance, but add in one extra character – as Guardians features five different heroes that can be switched to at any given time. The main objective of the game is to simply explore the five worlds the main heroes come from and partake in missions, such as fetch quests, unlocking doors, and rescuing children from the baddies that have taken shelter among each area. 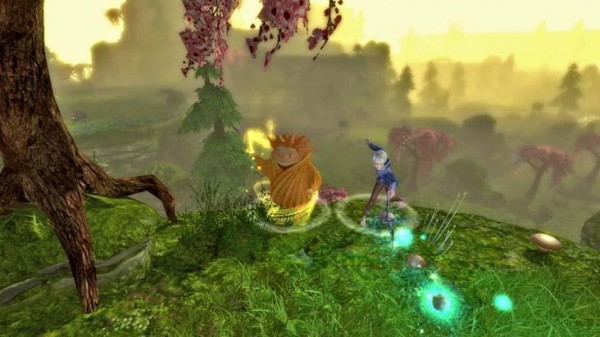 Control wise – Guardians is pretty solid for what it has on display. Melees can be dished out at any time, while magic attacks can be used to dish out a ranged maneuver for the more distant encounters. Remember Cyclops using his eye-beam and Storm striking the opponents with a lightning bolt in X-Men Legends? Well, this game is no different, as each character is equipped with their own specially themed abilities that can be executed with a unique input. This can be a bit of a tap-fest, but most will catch on rather quickly as they bash enemies and collect the HP and MP that scatters about once defeated. 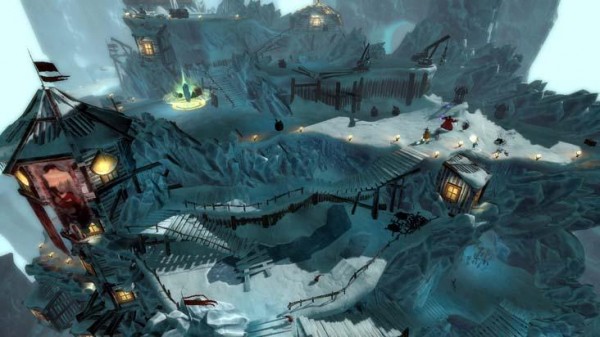 I may not sound too excited speaking of how Rise of the Guardians works, and that is because there really isn’t a lot to boast about. Sure, the game functions fine, but gives little reason to change characters as even though we are dealing with five different heroes, every attack begins to feel the same after a while. There is a decent leveling system in place, but it’s also rather unrewarding as aside from a few stat upgrades and new moves (that never quite come across as anything special as you earn them), nothing really changes except for the locations you do battle in. Sure, if you play for short bursts of time, the repetition isn’t as obvious, but those who are looking for a meaty and rich game to explore are not really going to find it here. 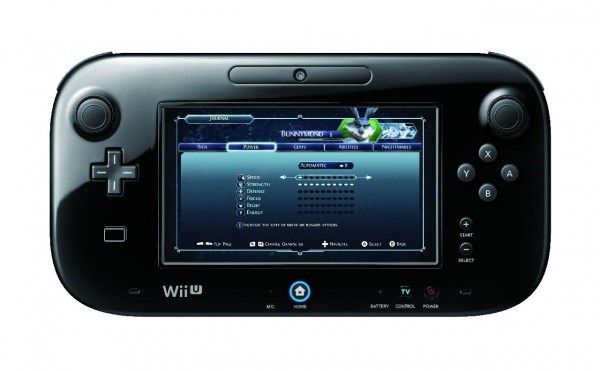 The Gamepad is the finest feature of Rise of the Guardians. This controller constantly displays everything the player needs at all times with a map, character leveling screen that allows you to assign skill points at a tap, bios, and the standard inventory that the player has acquired over time. Yes, it’s just a menu – but one done well and the effort to make this port unique is definitely something that shines through brightly. The multiplayer is also well implemented, allowing up to three other players to drop in and out of combat on the fly. Due to the rather dull gameplay – they might not stay for long, but Guardians feels as if it was truly built for multiplayer, and is at it’s most enjoyable when you are performing some magic with friends.

Visuals and Audio
Out of all of the Rise of the Guardians releases we have seen thus far across all platforms, the Wii U version is definitely the prettiest to look at. The cutscenes do a fantastic job at telling this tale with still imagery and color, setting the whole “fairy tale” mood nicely. The environments are a bit drab, but still manage to capture the essence of their inspired locations and give enough reason to try to explore every path these heroes come across due to how much detail that the developers seasoned each stage with. 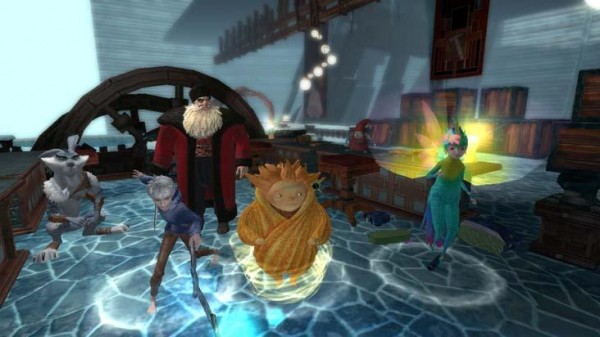 The soundtrack is also well done – and makes the game feel as magical as the movie. Sure, you might not be humming the tunes after playing, but the melodies are enjoyable and help add in some extra flavor to the cozy stages that always seem to be missing proper atmosphere. The voice acting may be the highlight for the audio within Rise of the Guardians, as each member of this squad use some campy but lovable dialogue that is both believable, and fitting for the feature film.

Overall
Rise of the Guardians is a good game that simply refuses to take any risks. Thankfully, I am quite a fan of the playstyle featured, and those who take the plunge to the Pole will more than likely find some entertainment to be had in this well made – yet slightly boring adventure. It’s not that the concept feels too borrowed, nor is it that the characters are stale. Rise of the Guardians just lacks the incentive to explore it’s inspired locales and relies on only it’s pre-made cast to provide all of the charms – leaving the player with nothing but the same, repetitive gameplay outside of cutscenes. This adaptation certainly isn’t a bad experience as a whole, but definitely one to look for at a budget price.