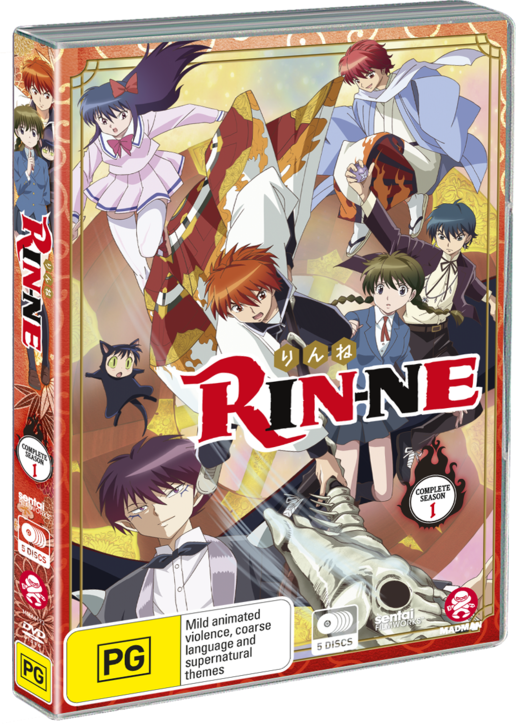 Ever since a chance encounter with a friendly Shinigami when she was a child, Sakura Mamiya has had the ability to see spirits. One day, she notices her classmate Rinne Rokudo interacting with an abnormally large chihuahua spirit; neither Rinne nor the overgrown dog are visible to anyone else in the classroom. Sakura soon becomes friends with Rinne, who turns out to be a Shinigami. One of Sakura’s old classmates, Tsubasa, reappears one day and reveals himself to be an exorcist, immediately coming to despise Rinne for his closeness to Sakura. The final addition to this dysfunctional group of assorted characters is the Shinigami Ageha, who decides that she must have Rinne for himself. Unfortunately for Ageha, Rinne has no interest in her, and would rather spend his time alone with Sakura when he isn’t helping spirits who have lingering regrets on Earth to enter the Wheel of Reincarnation! 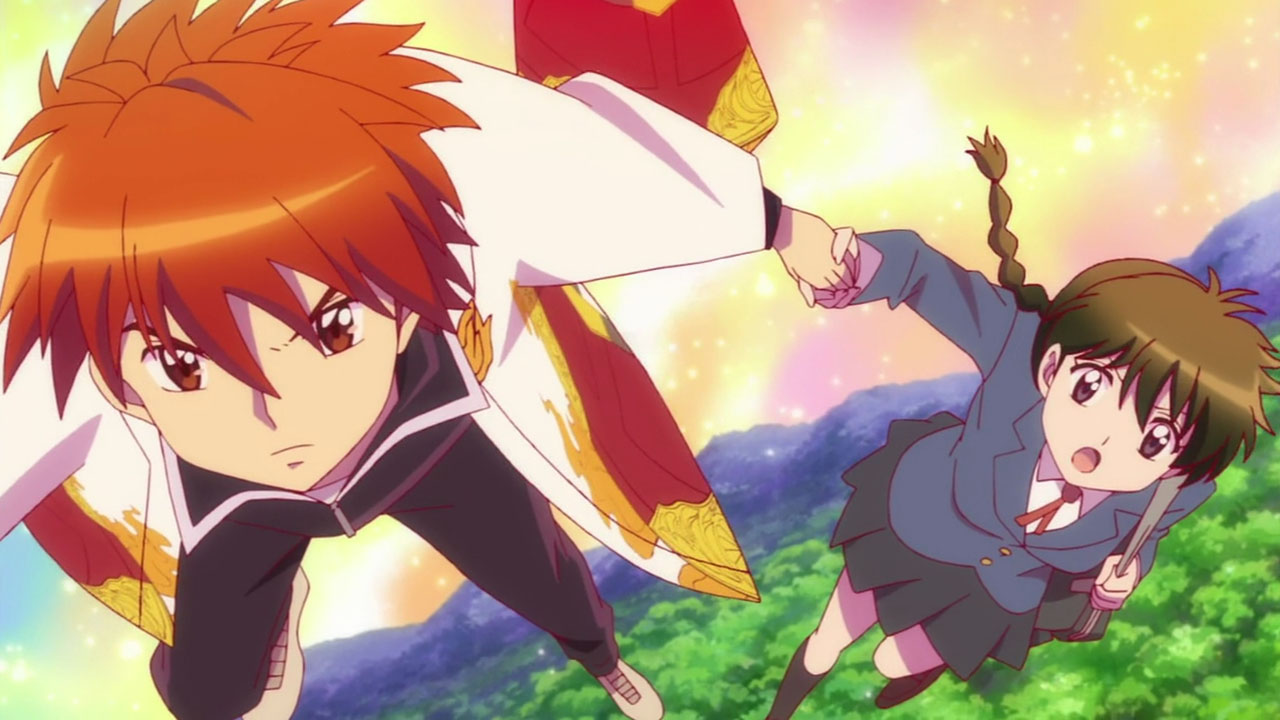 Sakura and Rinne are the stars of the show. Sakura is a fairly well-rounded and observant character. Furthermore, her ability to see spirits causes her to become more open-minded and understanding of supernatural phenomena. Her two close friends are not as understanding, however, and are only included to provide what may be labelled as ‘situational convenience.’ To elaborate: something supernatural occurs, the two run away screaming and Sakura investigates the mystery, discovering a spirit or two in the process. Their presence is not meaningful or even humourous. Rinne himself is an unfortunate character who is forced to live a life of poverty in order to repay impossible debts that his somewhat irresponsible grandmother and completely irresponsible father have passed and continue to pass on to him. He spends his days fulfilling requests from ordinary people, hoping that they will leave him an offering of money, or at least food. Sakura and Rinne interact more like friends who hang out after school than anything else, and those relaxed interactions are what make this worth watching. The contrast between their reasonably effective characterisation and that of literally everyone around them is so strong that every other character comes across as an insult to human intelligence and human decency. 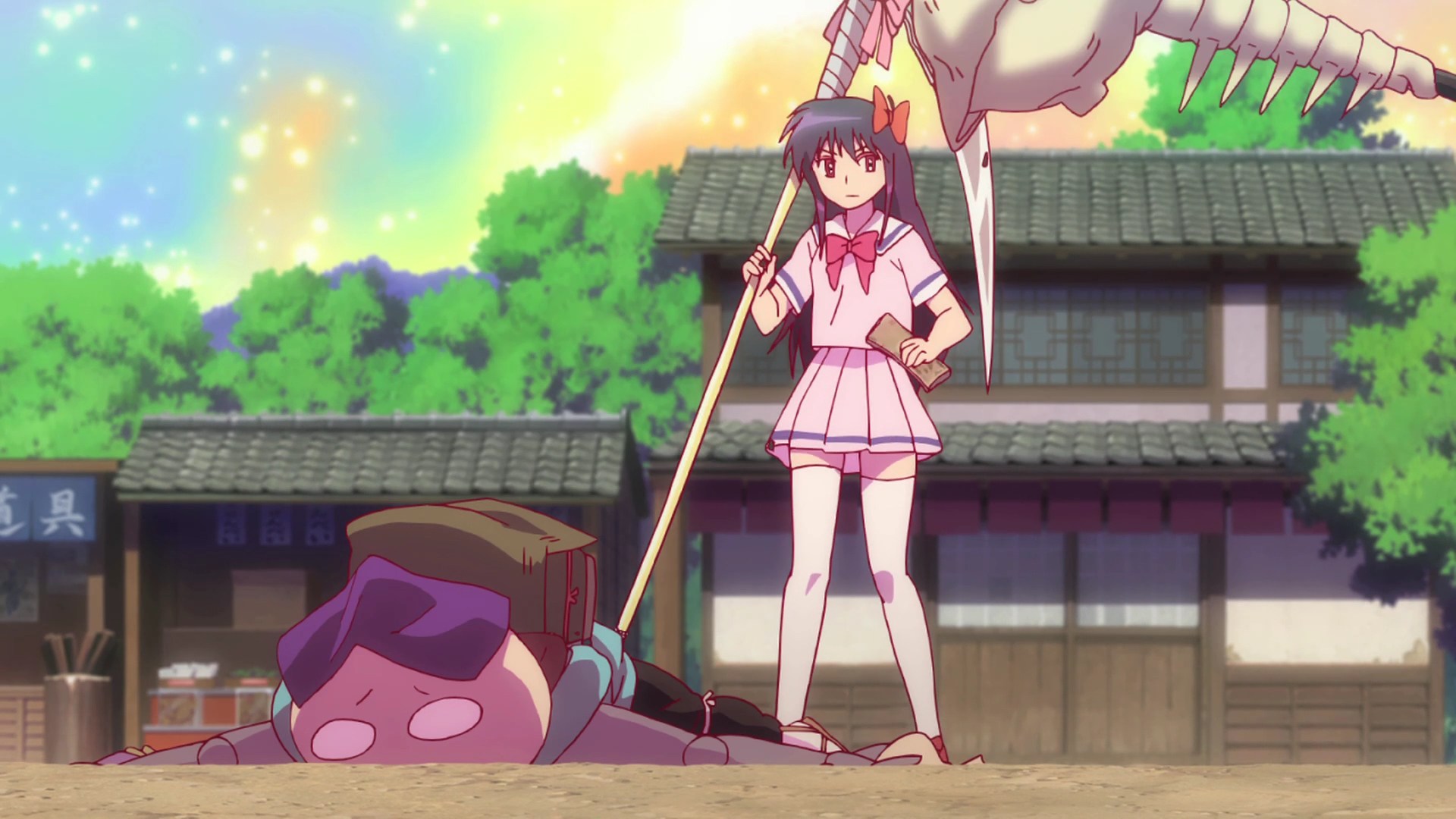 The perpetual rigidity of every recurring character, such as Tsubasa and Ageha, to name just two, is detrimental to the success of this series. Tsubasa has two modes, as opposed to personality traits: being horrible towards Rinne and perverted towards Sakura. He repeatedly fails to understand that exorcising spirits violently is not the right way to help them move on to the next life. Ageha could have been interesting if her characterisation was not so misogynistic. Rinne’s father Sabato runs the Damashigami Company, which operates to manipulate humans into moving on to the next world before the end of their natural lifespan. Ageha has an eternal hatred towards Sabato, whom her older sister has taken an unnatural liking to, but takes her anger out on Rinne instead. This misplaced hostility lasts until he saves her from a giant monster, but her ridiculous tendency to be duped into wasting hundreds of dollars at a time is neverending. She acknowledges that the feelings she develops for Rinne might stem solely from his coming to her rescue, yet she keeps hugging him and trying to be intimate with him even though he never reciprocates her feelings. Rumiko Takahashi has yet to utilise character development to make even one of the recurring characters interesting instead of annoying, which is unfortunate considering that she has laid the foundation for what could be an engaging series.

One of the appealing elements of this series is the art style, which almost makes it look like a long-lost anime from the 1990s. The animation is generally consistent, and ‘fan-service’ is fortunately non-existent except for one episode set in and around a public pool. Slapstick violence is about as bad as it gets, but said violence is overused to the point where it cannot possibly be intended as a gag. Repetition is the name of the game, and the repetitive ‘jokes’ become very dull by just the fourth episode, which is not to say that the series is entirely unable to be funny at times. 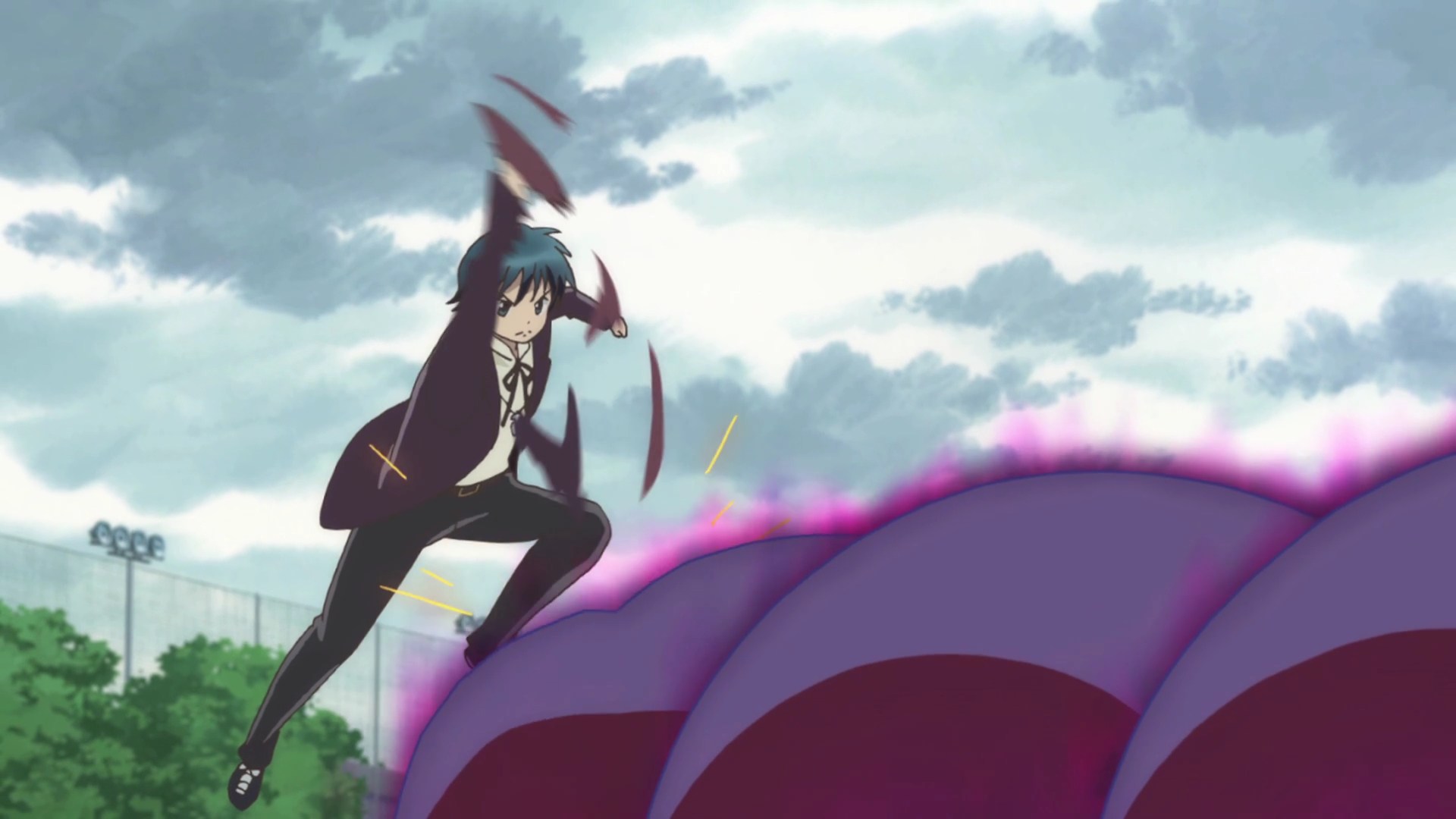 The music is consistently effective at enhancing this adaptation. One ethereal piece sounds suspiciously like it was composed in Apple’s Garage Band software, but all of the background music sounds good and is vaguely memorable. Some pieces are better than others, and those tend to be the ones that are only used infrequently, but all of it gives this adaptation a unique feel. The opening songs are decent enough and somewhat memorable, but the ending songs do not stand out. The voice acting is average overall, but Sakura’s audible indifference to the utterly ridiculous events occurring around her is one of the unique highlights. The subtitles are presented without any obvious issues, and all songs are fully subtitled. 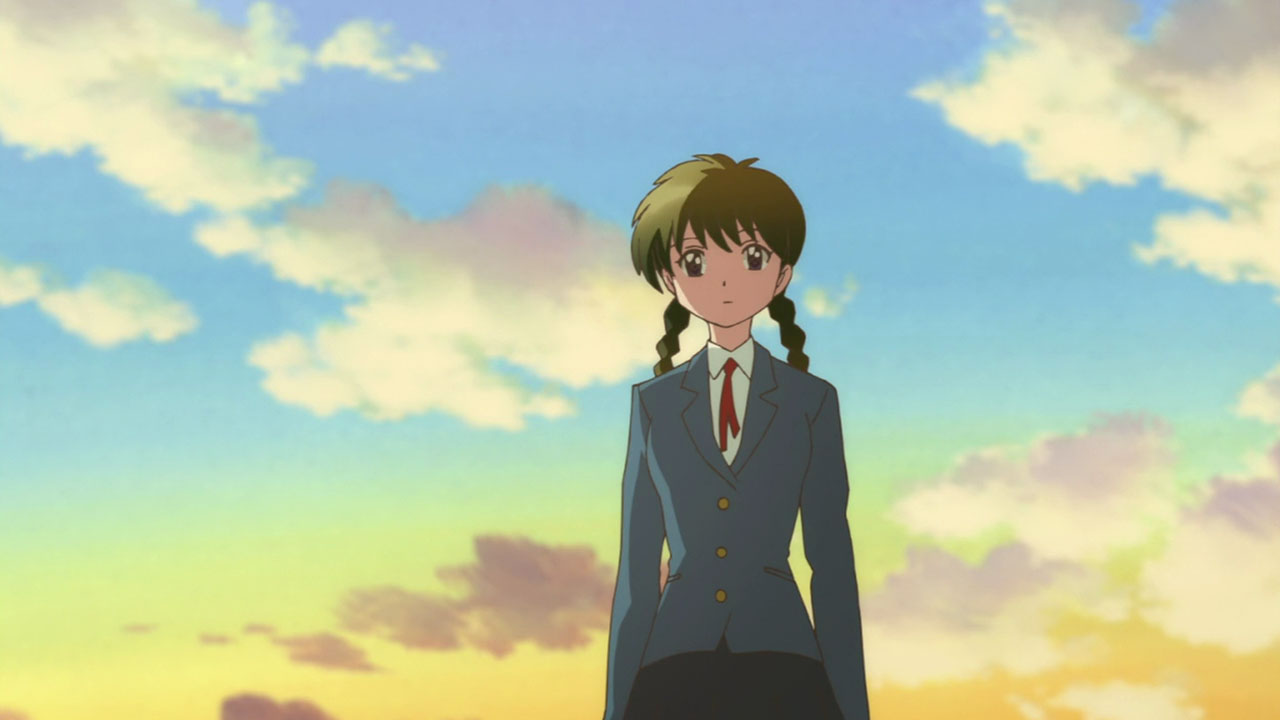 Kyoukai no Rinne is an interesting case study of what happens when someone tries to resurrect a style of anime and manga from the 1990s. In some ways, it is successful; Sakura and Rinne’s slowly-developing relationship and their interactions are interesting regardless of the limited romantic progression, and the art style looks far better than modern anime does. Unfortunately, Rumiko Takahashi fails to design interesting and intelligent female characters other than Sakura, and she fails to portray any male character growing and learning at all, other than the titular character himself. This is not a comedy, but treating it as a supernatural slice-of-life anime instead allows it to be entertaining. The story is presented in such a way that makes it more fun watching what Sakura and Rinne do together instead of hoping that they will end up in a romantic relationship. If Takahashi had just used the opportunity to pair off Tsubasa and Ageha in order to make them less annoying in their interactions with Rinne and Sakura, which she herself set up, the potential that this series had at the beginning might have been better realised. Permanent, meaningful character development would be the only way to justify its ever-growing episode count.
Capsule Computers review guidelines can be found here.

An intriguing series with two interesting lead characters, but it unfortunately devolves into repetitive nonsense whenever any of the recurring characters are present.
7.5