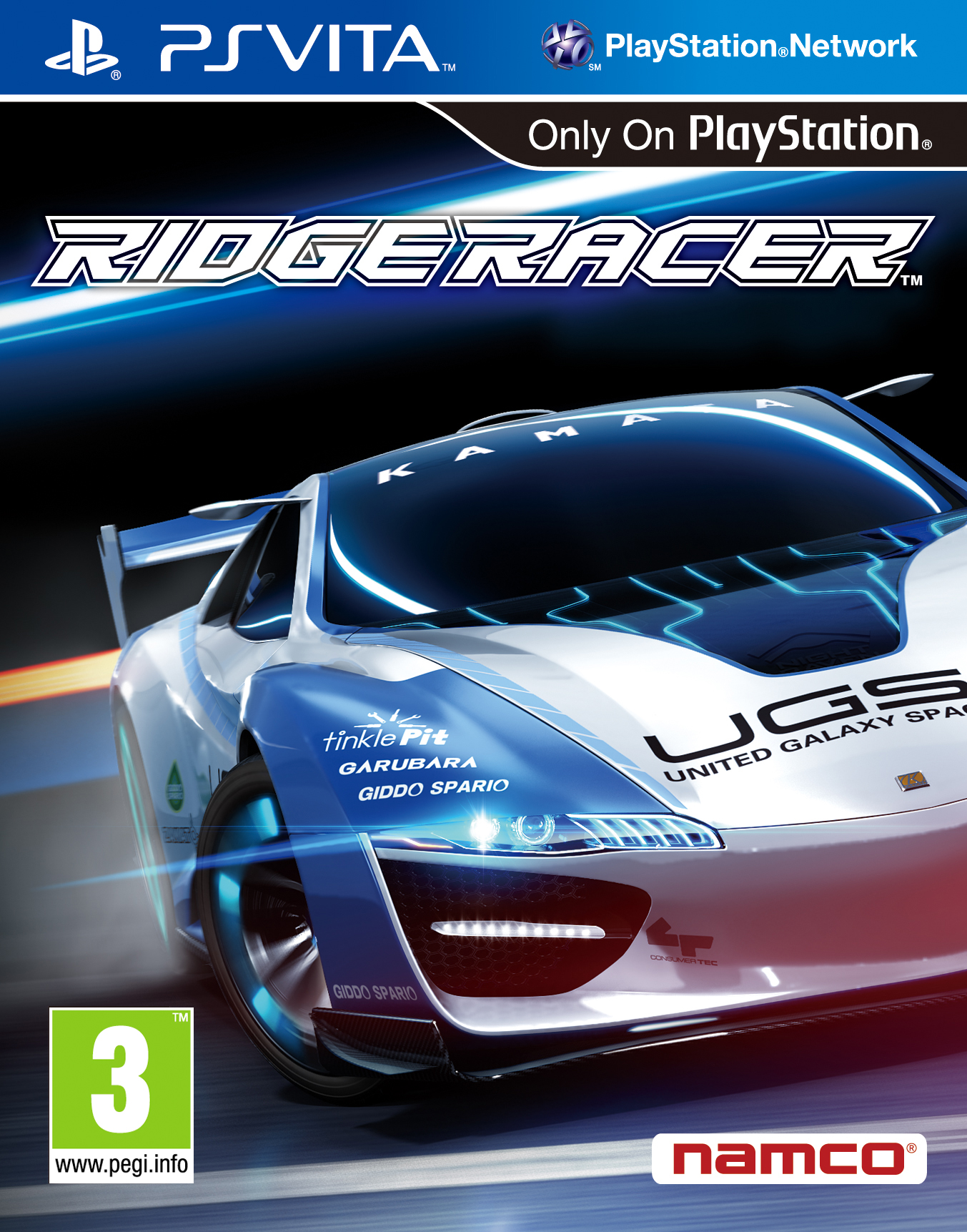 Overview:
Over the past few years there has always been a series of games that will be staring at you from the store shelves as you purchase a brand new console or handheld gaming device. Practically every single handheld or console release since 2000 has been accompanied by a Ridge Racer title launched right alongside the new console. Now that the PlayStation Vita has been released Namco Bandai continues their tradition of bringing out a PlayStation Vita version of Ridge Racer for the system’s launch. Is Ridge Racer going to burn rubber on your new handheld or did it stall at the starting line?

Visuals & Audio:
Ridge Racer may not be the best running game right out of the box, but immediately upon starting the game you should be given a notification that there is an update that will help fix most of the problems that are included in the vanilla release of the game. With the patch applied the game features very nice graphics which are undeniably attractive on the Vita’s large viewing screen.

The colors used in the environment are very bright and given a decent amount of detail and this detail transfers itself flawlessly to the few cars you get, making the small amount received at least great to look at. 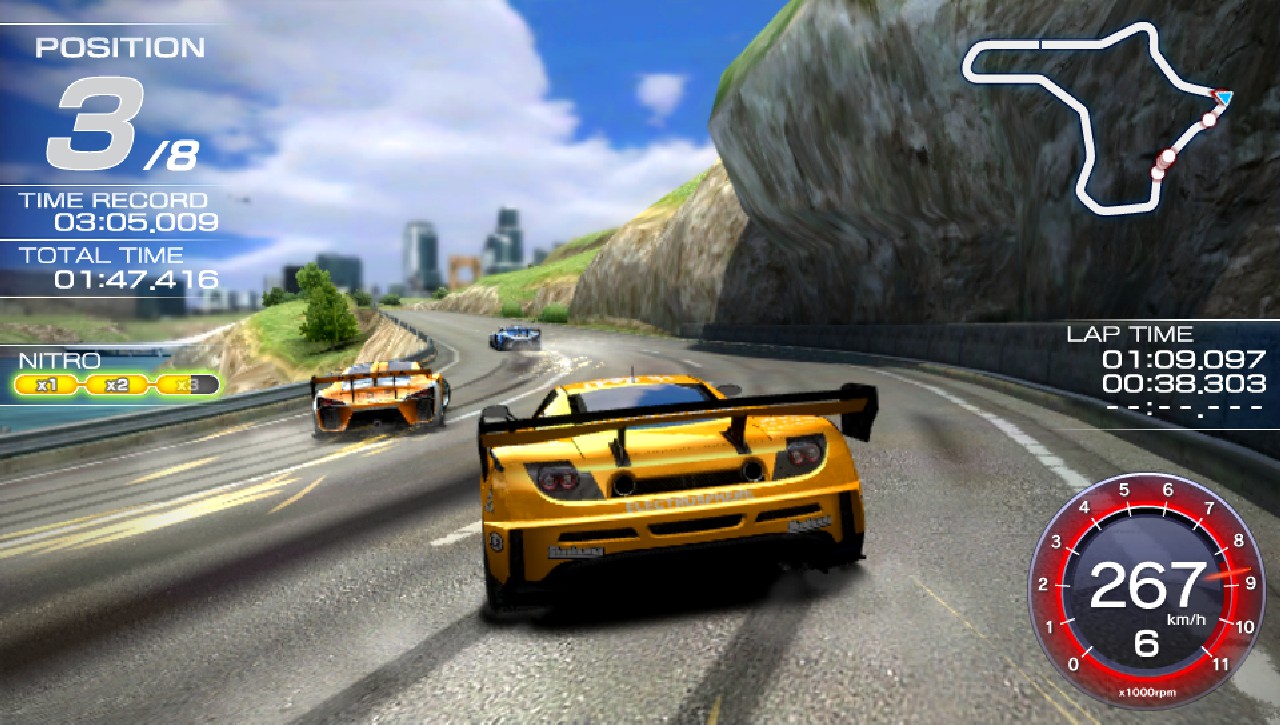 As you’re drifting around curves and racing around the tracks you will be hearing plenty of techno-style music that goes well with the racing style used in-game and fits with what Ridge Racer fans would expect from the series at this point. The cars themselves sound great and the engines themselves provide a nice and powerful noise coming from the engine, providing a satisfying feeling that there is plenty of horsepower under that hood, especially when the nitrous kicks in.

Meaning of course that the game simply ignores real world physics in favor of providing high-speed drifting action where cars traveling at high speed can make hair-pin turns without spinning out of control and crashing into a wall. As such it is essential that players quickly learn to drift properly or you will likely end up in last place as you race against the computer opponents. Now the reason for why drifting is essential to finishing well is thanks to the fact that each of the tracks you will be racing on all have a large amount of sharp corners and impossible turns. 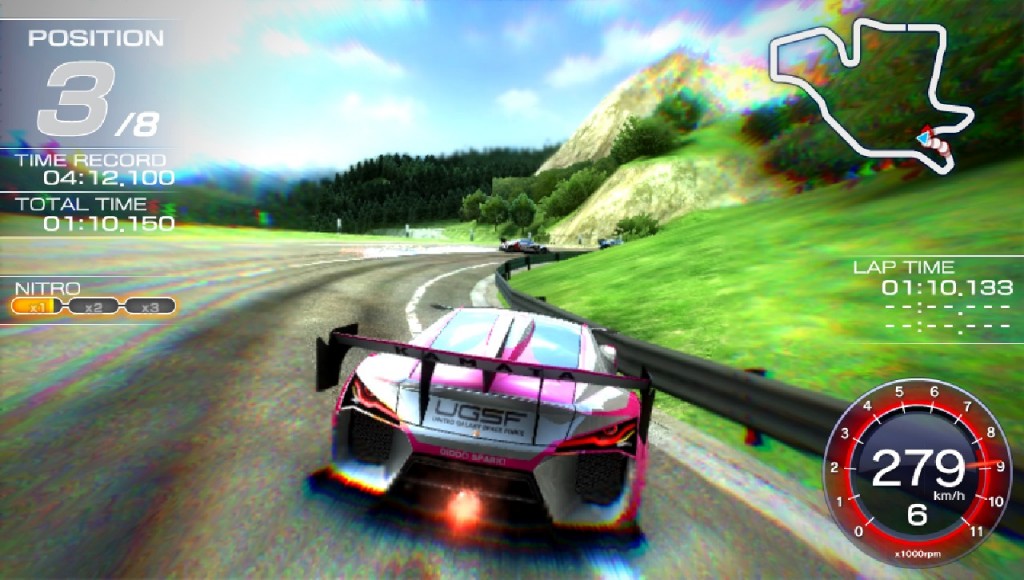 Thankfully drifting is very simple to do and this is only helped out further by how tight the control scheme is on the PlayStation Vita. Being that the Vita has two mini-joysticks it is easier than ever to control the car and steer it around the curves with their satisfying precision. This means you can easily put the pedal to the metal on straightaways, and then take your foot off the gas, steer into the turn gently and make sure you don’t steer too much or you’ll crash. Mastery of this system makes the racing addictive and it only makes it more enjoyable when drifting charges up your nitrous meter which can then be activated by tapping the screen to gain a temporary speed boost.

Now as you begin racing in Ridge Racer on the Vita you will be asked to choose one of four different sponsors. The sponsor you choose is then locked in place and this also locks you into a community of players where all of your actions either help or hurt your sponsor. This means that every time you win a race, your win will be uploaded to the online servers and this can either help or hurt your sponsor as you try to have your sponsor become the best in the world over the other three.

Unfortunately this system is completely empty of any true objective or incentive. There is practically no reason to care about what sponsor you choose or even if your sponsor is leading the pack as there are no rewards given nor is there any actual story mode for these online sponsors which makes the whole system seem contrived and tacked on. 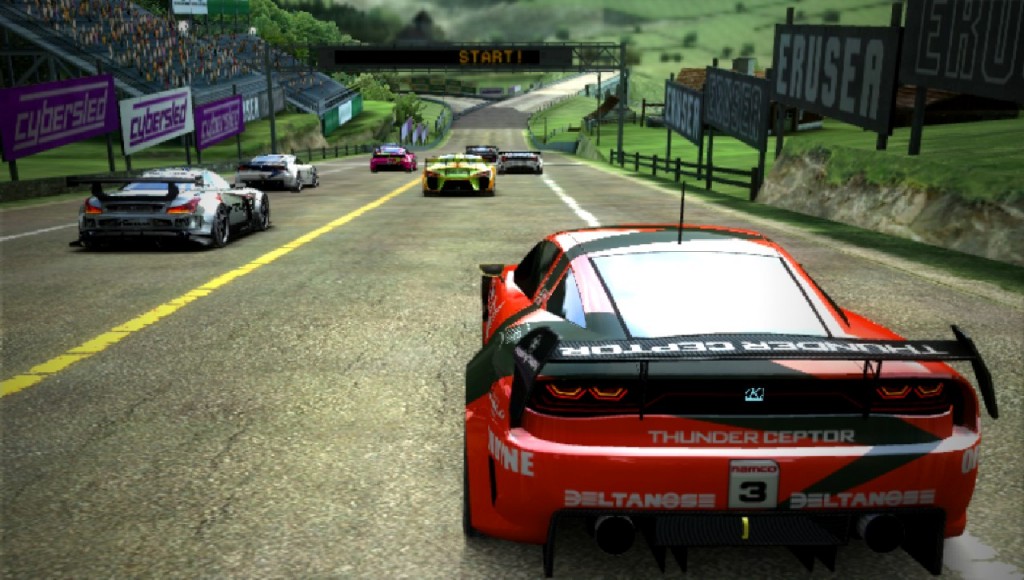 Now besides that rather negative online experience, the game also supports 8 player wireless racing where players can compete against one another to see whom is the best, while the PlayStation Vita Near system will download ghosts from players in your area and then compete against them to see who is the faster racer on any of the three given tracks.

However there is a major problem when it comes to the ghost system and the online mode in general. Considering the title only features five cars, each car will have nearly the same exact stats as any other you own; however your car can get progressively faster as your level increases. This means that if you haven’t raced as much as anyone else you are facing off against, there is a very good chance that you will be left in the dust, meaning even with more skill you will lose to those who have played the game longer. 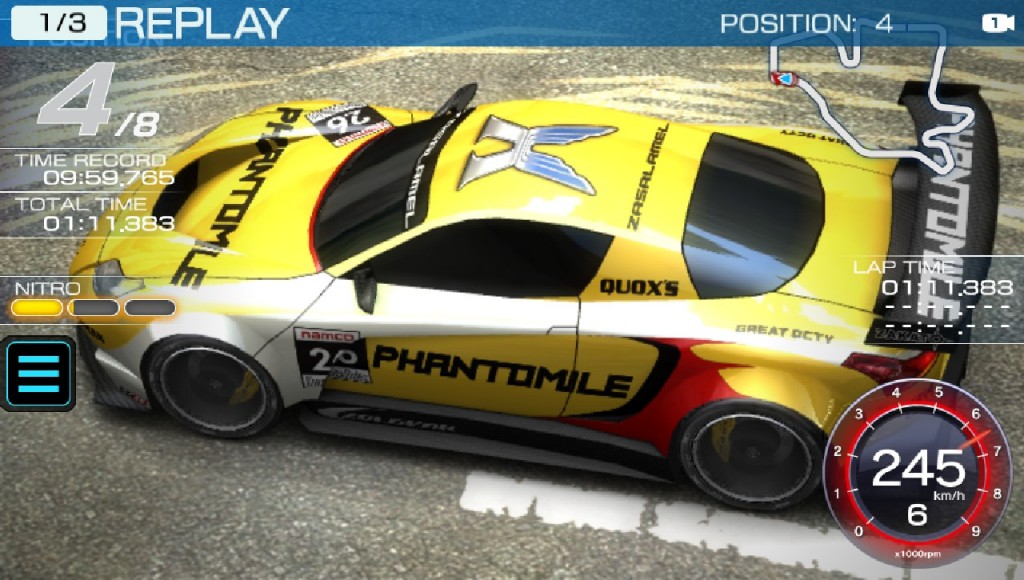 Now you may have noticed that I mentioned two key numbers in the past couple of paragraphs and they are what cause Ridge Racer to feel like a hollow experience despite the adequate racing mode. Right out of the box Ridge Racer gives you only three tracks to race on and only give five cars to race on them with. This meager amount of content is absolutely appalling, even with the titles smaller price tag, though a $10 difference shouldn’t justify such a lack of content. Instead, Namco Bandai is promising DLC of some sort in the future, though has given no information about this content or whether or not if it will be free, though at this moment it is not, which just leaves the entire game feeling empty and without substance.

Overall:
There are many times that the lack of content can kill a game and there can be no better example than Ridge Racer on the PlayStation Vita. While the racing itself is rather enjoyable, there are barely any changes to the actual structure of the game, though fans may enjoy this, the lack of tracks to race on and cars to use just feels like a hollow experience that would best be avoided.