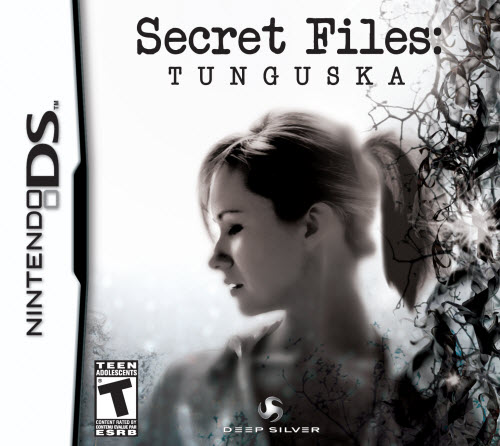 “Secret Files: Tunguska” has done what I have hoped a game would do for a long time; it has renewed my faith in the industry’s ability to make a halfway decent point-and-click adventure game.

As a Sierra paycheck is what fed me for the first six or so years of my life, I feel I have a rather intimate connection to the old-school adventure game. Some of my first attempts at gaming were designed by Roberta Williams, so playing Secret Files was like a walk down memory lane. This is good in some ways, but bad in several others. 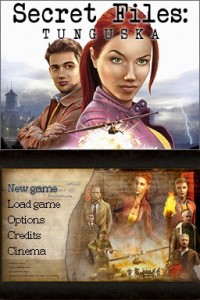 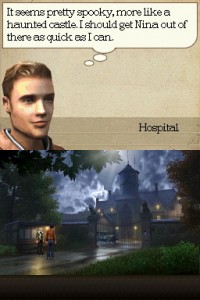 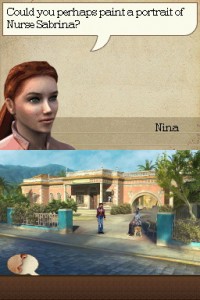 Central to the story is the Tunguska Event; a mysterious explosion in the skies of Siberia in 1908. Now hypothesized to have been a small asteroid explosion, the game insinuates a somewhat more… sinister… explanation.You follow protagonist Nina Kalenkov in her search for her missing father, noted for conducting research into said event. Not the most inventive motivation, but I’ll forgive them that, for now. After he was kidnapped by mysterious black-robed beings in his museum in Berlin, his daughter has to follow his trail across the globe and back, accompanied by her father’s co-worker, Max Gruber. Along the way, she finds seemingly hundreds of random objects, picks all of them up (just in case, you see) and keeps them in her pockets. You never know when you might have to staple a cell phone to a cat, after all. This is one of those moments when a little bit of advancement in adventure gaming in the past ten years would have been much appreciated. It has the same “pick up everything that looks a little bit out of place and keep it  in your pocket” mechanic as the Kings Quest games, and seems to have thought it was also a good idea to keep the ludicrous uses for those items intact. That thing about attaching a phone to a cat? I wasn’t kidding. 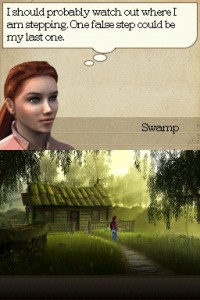 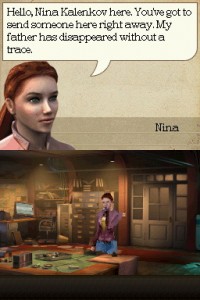 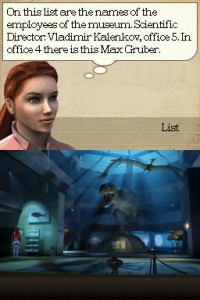 But what really got to me about the items and silliness was how absolutely contrived it all felt. While you can’t expect them to let you waltz obstacleless through the game, it seems like they latched on to every opportunity they could to make you solve a puzzle. I can just here Nina’s thoughts, “Oh look! There’s a key in daddy’s fishtank! I bet it opens this box! Now, let’s see… I could either pry the top off with any of the multitude of items at hand, or I could go through a convoluted set of events to fix a girls bike in order to obtain a magnet, and fish the key out.” And wouldn’t you know it, she chooses the latter option. And why in hell did a magnet seem like appropriate recompense for fixing a bike? Things like this happen all the time, and really get in the way of suspending disbelief.

On the plus side, the pretty graphics and passable voice acting put’s the old-fashioned gameplay in pretty new wrapping paper. But sometimes, that fairly decent voice acting is a bit ruined by what those voices are made to say. It’s like the campiest noir writer ever decided to branch out into video games. “Listen, girlie. I’ve been in the business for almost 40 years–I know when something stinks–and this thing really stinks!” says some random gumshoe, who of course refuses to help find Nina’s father. Gems like that litter the game, and are almost literally painful to hear. 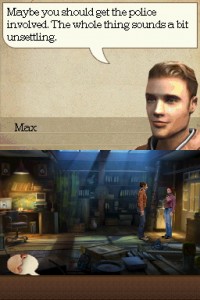 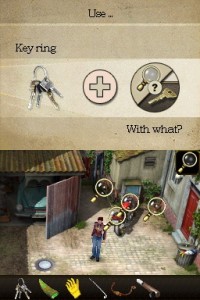 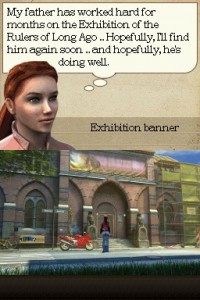 To tack on to the cliched, campy feeling, the cut-scenes are awash in the stock-and-trade of cheesy horror directors. Camera pans reveal cars trailing the heroine, spooky villains appear behind her in mirrors, and so on.

But as I see it, the game may have its faults, but the atmosphere, visuals, and old point-and-click stand-bys make the game a worthy homage to the classics. Sure, it felt like playing something that was made over ten years ago, but there’s some merit in that, isn’t there?

For those of you with no urge to read the whole article, here’s a summery: