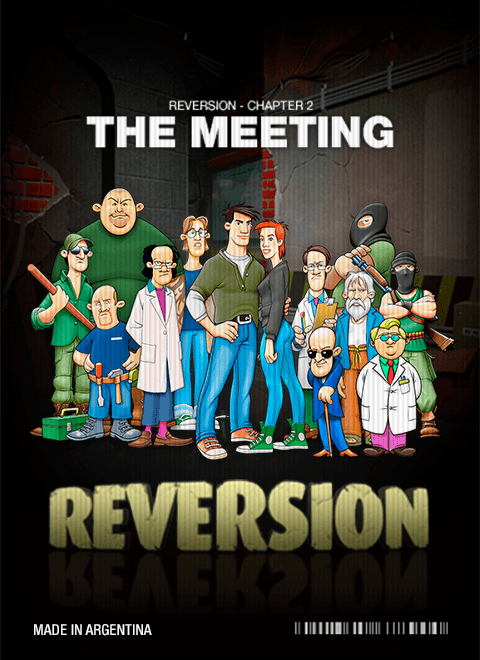 Reversion – The Meeting is the second game in the Reversion series of Adventure games. The title comes from developer 3f Interactive and looks like it was developed in Argentina. As a point and click adventure game, gamers can be expected to do a lot of pointing and clicking in the games environment.

However, is all that pointing and clicking worth your time? Read on to find out.

Reversion – The Meeting takes place immediately after the events of the first Reversion game, I’m assuming. I came to this conclusion after playing the game and taking time to backtrack just a little bit. There is also hints in the dialogue of the game that points out that this is the case. 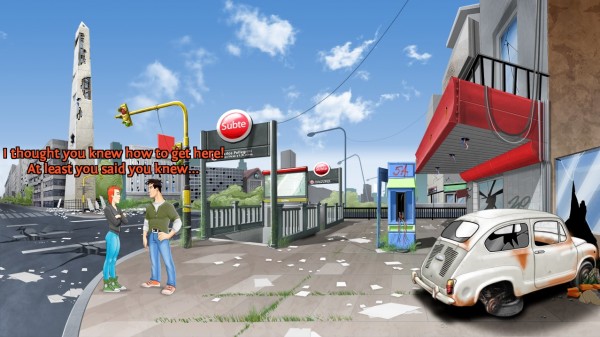 The story in this game is spaced out nearly almost too much, with players only meeting important characters that advance the plot every so often. Players can sort of tell the background story of the game through paying attention to the world around them, but for the most part the dialogue between characters is all about pointing the player in the direction of the next character that points directions.

While many can consider it a good thing that player learns about the story through the environment, it is still bad form to have the player not learning much as they progress. This is a terrible game in terms of storytelling and I have no idea how this even came to be in existence.

The gameplay in Reversion – The Meeting is much like the gameplay in the first Reversion game, I’m assuming. That gameplay? Horrible. Else, the game would have been noticeable and we would probably be able to buy the first in the series at a store. But, no, we can’t. I don’t even know why the developer would have wanted to continue making this travesty, especially if this is just a continuation of the horribleness of what seems to be the first game. I mean, the quality of a sequel is meant to be better than the first, and if this is the case then the first game must have been much more horrible in comparison. 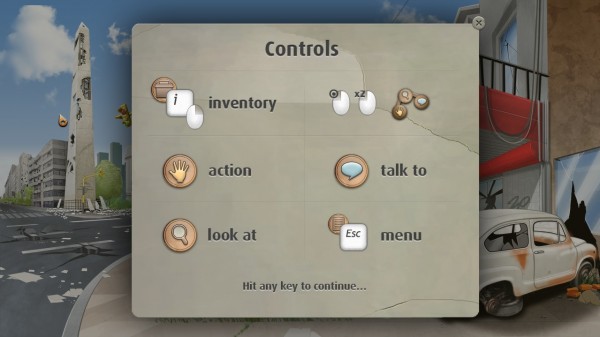 So what makes Reversion – The Meeting’s gameplay so horrible? Well, it’s not so much that it uses traditional adventure game formula’s, that’s fine, it’s more that the game is incredibly poorly executed. You are literally just thrown into a world with very little information to go on and then you are expected to go on and find things out. What makes this worse is that when you apply common sense to situations presented in the gameplay, things just fall apart completely.

Take a situation very early on in the game. The player has to traverse an underground subway route on foot. Now this would have been fine if common sense applied to the game. But no, it does not. For some unknown reason, other than adding difficulty to the player, the player has to flick these switches in the correct order so that the tracks align so that the player can magically appear at the right station. This is incredibly poor logic because the player character could simply (in a realistic sense) just head in the right direction from the outset and not bother with the levers. Especially when that player character HAS A MAP of the subway. 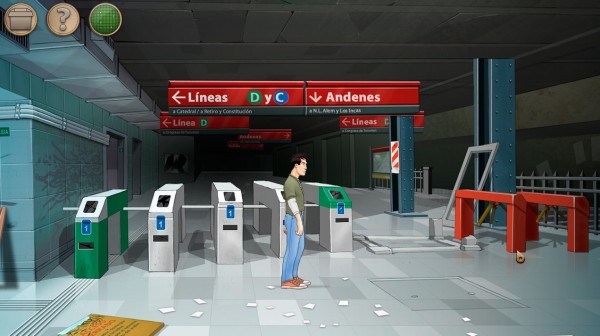 Much like other, better, adventure games, players are tasked with collecting items that have very little relevance to anything at the time, but could prove to be of use later on in the game. What’s odd about this game is that players start off with a bunch of useless items that have no explanation of what their use is until the correct time plops up in the storyline much later.

Imagine a game where everything is strangely detailed yet also strangely empty in feeling. This is what it feels like to look at Reversion – The Meeting. There really isn’t much to say about the visuals in this game, they’re just there. Bland, unimaginative and they don’t really give you the sense of a destroyed Mexico like they should. The visuals just didn’t make me care and this is something that a visual based adventure game should be doing.

Once again, this game is just imaginative enough, but this time it’s in the Audio department. The game is fully voiced, but it honestly sounds like all of the voice actors would rather be out getting drunk or picking up chicks or whatever it is that they do when they’re not doing horrible dub tracks. Even more bland than the dub track is the games music. It is just incredibly uninspiring when it is actually playing. As a gamer that falls in love with games through their soundtrack, this game made me want to treat it like I would a dirty, cheating harlot. 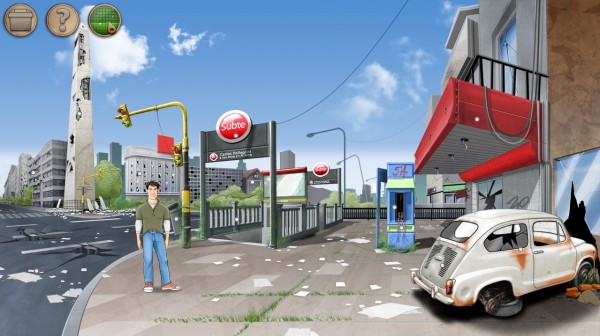 Reversion – The Meeting is a horrible game that should never have happened. If the quality of this game is anything to go by the first game would have been a much worse experience that should have just ended there. But no, the story managed to continue, forcing this travesty on gamers everywhere. Please guys, just stop the series here. Please.