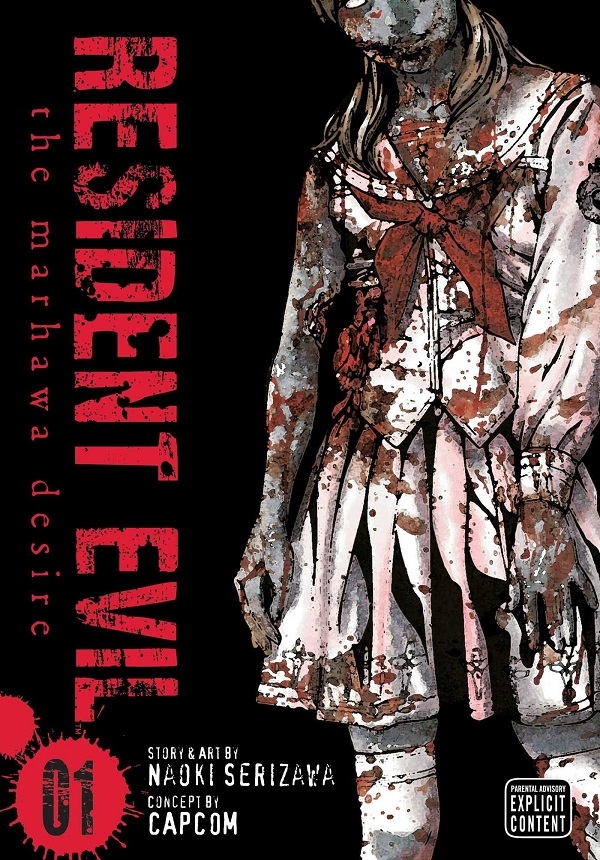 Story
The most prestigious school in Asia is Marhawa Academy, an isolated school located in an unknown country surrounded by a huge forest where students have no contact with the outside world until graduation. The elite of the elite are taught at this school where not even cell phone reception can reach and when a cloaked stranger leaves in the middle of a stormy night, it seems it is also the location of a new bioterrorist attack.

Doug Wright, a professor teaching biology at a Singapore University, is contacted by an old friend that wants him to come to Marhawa Academy and investigate a strange transformation that one of the female students underwent. Offering extra credit to his nephew Ricky, the two travel to the isolated school only to find that the affected girl has become a zombie and has already killed one of her classmates.

Despite the fact that a zombie outbreak is a serious issue and one that Doug has experienced in the past, he is unable to convince his former girlfriend and headmistress of the school, Mother Gracia, to allow him to contact the B.S.A.A. as it would damage the reputation of the school. Left with only a few tools to work with and forced to stay by the iron grip that Gracia holds the school in, things continue to get worse for Doug and Ricky and it seems like Gracia’s own concern about reputation may be the downfall of the entire school.

Resident Evil: The Marhawa Desire Volume 1 can be frustrating at times but it also creates the perfect atmosphere for a zombie based manga such as this. This first volume does a nice job introducing the school as well as the situation that the current characters are forced to deal with. While those familiar with the game series will obviously get the most out of the story, it does work rather well on its own.

What makes this volume frustrating so far is the way that Gracia sees the school as something that she must control at all costs and that there must be no stain to its reputation, even if it means burning evidence, destroying vehicles, threatening those who came to help her, and putting the entire student body at risk as she feeds her god complex.

Despite Gracia’s actions, there are some nice developments that occur throughout this first volume as not only does it seem that Ricky may possess an ability that will help the two combat the zombie infection but Chris Redfield and his team have become aware that Doug has vanished and are slowly trying to track him down in what will hopefully see the group uniting in the next volume.

Artwork
Resident Evil: The Marhawa Desire is being printed under Viz’s Signature label which means that the manga will be a bit larger than average. While many of the characters are original for this story, the various monsters from Resident Evil such as Lickers, Hunters, and zombie dogs make short appearances and resemble their game counterparts and Chris Redfield is a spitting image of his Resident Evil 6 design.

As for the art itself, Naoki Serazawa’s original character designs are quite fitting for the series, and despite the fact that many of the students all wear the same outfit, there is a decent enough variety here. There is a decent amount of gore found in this volume, though thanks to zombies being so darkly toned it is difficult to distinguish some features, the gore is far lighter than one would expect.

Extra Content
As I mentioned earlier the first eight pages of this volume are presented in color, though three of the pages are colored entirely in red in order to present an ominous tone. Other than the initial color pages, the only other piece of extra content in the volume is an “special episode” at the end that focuses on Merah Biji. An original character for this manga, Merah Biji is a member of the B.S.A.A. and although this eight page mini-story doesn’t reveal any actual details about her, it does provide readers a decent amount of fan-service and action as she battles against numerous familiar Resident Evil creatures.

Overall
Resident Evil: The Marhawa Desire Volume 1 handles the introduction of the zombie virus perfectly, even though the isolated location and Gracia’s god complex are a bit too cliché when combined. With this first volume not only introducing the situation but giving readers a decent amount of action with plenty of moving pieces, fans of the franchise should definitely give it a shot while even newcomers will find the story so far a satisfying zombie manga with plenty to build on in the next few volumes.