Resident Evil The Darkside Chronicles is the second installment of the point and shoot style games from Capcom.  This time around graphics have improved tremendously and the stories are well layed out with a few little never before seen sections to keep you on your toes.

There are 3 Main chapters within the game, one covering the Resident Evil 2 storyline, the next one takes you into Resident Evil Codename Veronica and then there is a new chapter never seen before entitled Operation Javier.  I have to say that all chapters mesh perfectly together, Capcom has done a superb effort in interlinking all the three chapter stories, enticing players to move forward to see what happens next.  For fans who are very familiar with both Resident Evil 2 and Code Veronica, Capcom have added some never before seen locations that you get to explore and along with that, some new ugly looking and tough as nails end of level bosses to battle against. 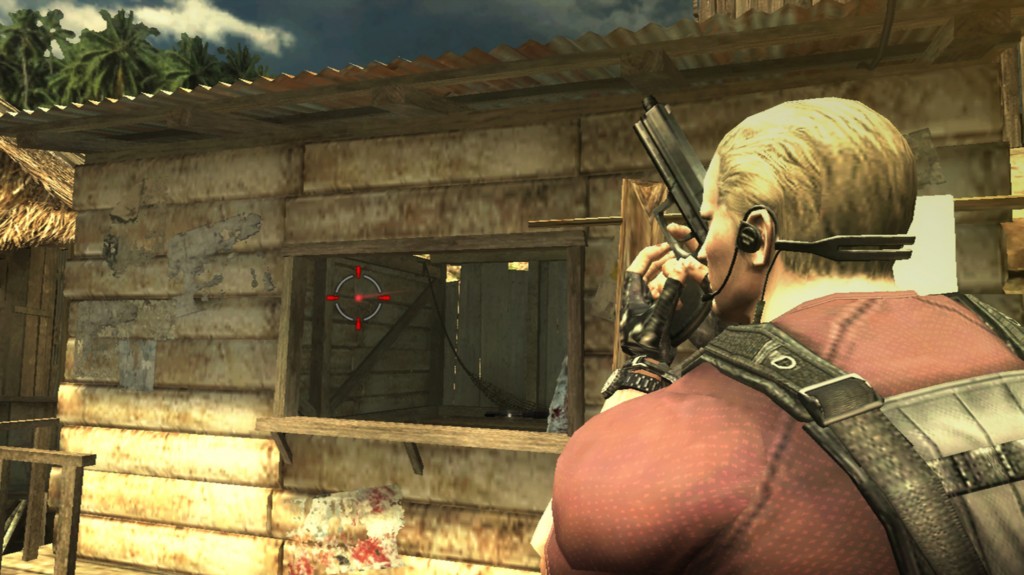 The combat system is quite simple but yet VERY hard to master.  You must have a VERY Stready hand as most of the time your moving around, jumping, dodging and shooting at the same time, making gameplay fun and also very challenging.  If your new to this, I would recommend starting off on the EASY level so you can get acquainted with the action and movement whilst having to aim your wii mote at the screen and attempting to pull off a perfect zombie headshot, I must add that when you do get those headshots, the sound of a zombie head exploding along with the amazing graphics is just a complete pleasure to see.  You get that sence of achievement that your life is now complete and worth living.  Nothing goes down better than taking aim with the wii mote, lining up that good for nothing zombie and BAM !! blowing it’s head CLEAN off with a Magnum.  BRAAIINNSSSS !!!!!! .. all over the floor, wall and probably all over you.. but hey it’s well worth it and the game rewards you at the end of the level with a ranking from E to S (for SUPERSTAR) for the amount of headshots you’ve pull off.  Along with some others like score and time taken to complete level. 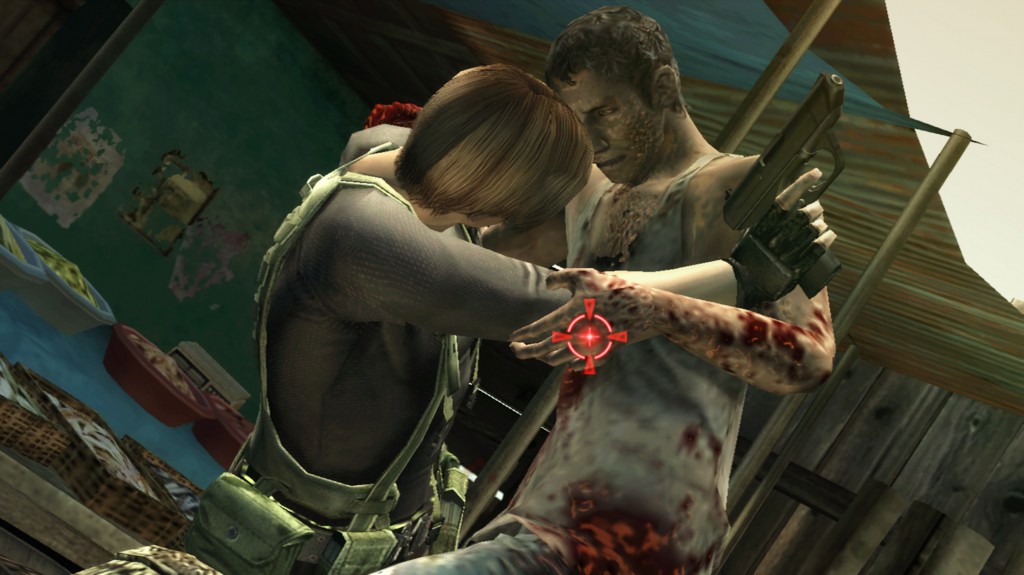 I wont bore you with endless writing as I cover all the good stuff in the video review.  But I do want to add that Resident Evil The Darkside Chronicles is BEST Played at night, very dark and with the sound up high, and also with a second player.  It helps to have two people shooting, at the screen, as they say .. Two headshots are better than one.  And with two players shooting all over the place being able to shoot boxes, lights, etc to uncover collect ables is far easier than one person.  Its very hard to get the job done on your own if your looking at trying to get all the those cool extras hidden all over within the game by yourself.  Now I know there are probably a few superstars that can do it.  But to save you the pain,  I would recommend getting someone in to play with you (even if has to be your grandmother) and together blow up, shoot and maim as many things as you possibly can.  It’s what Capcom would want you to do and how you get the most out of this fantastic game.

Capsule Computers gives Resident Evil : The Darkside Chronicles a 9 Capsule Out Of 10.  The gripping storyline, amazing cut scene movies are to die for, and all the extra little collectables you can find and read up and check out after each mission will keep you busy for quite some.  And not to mention the Achievement style awards called titles you can gun for.  Recommended for fans of the Resident Evil series and for anyone that enjoys shooting zombies, and shooting style games.  You cannot go wrong at all with Resident Evil : The Darkside Chronicles.  Capcom have done a fantastic job at nailing every aspect of the game.  And kudos for for adding in extra pieces of useful information that fans of the Resident Evil series would greatly appreciate.