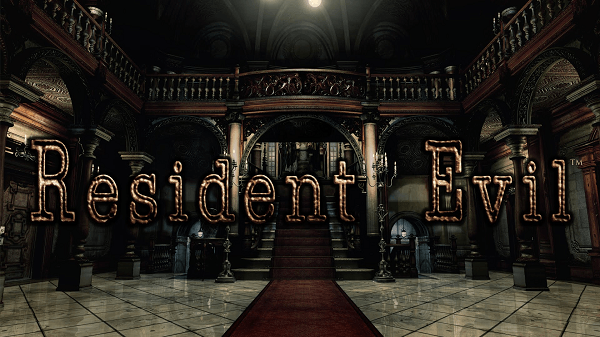 Overview
With the latest generation of consoles gamers have started to grow weary of certain games being re-released in HD, especially since many of these games were released under two years ago. What most gamers would like to see are games from over a decade ago make their return to consoles and that is what Capcom has done. Released first on the PlayStation back on 1996 and given a remake on the GameCube in 2002, Capcom has taken that GC release and have now released Resident Evil HD Remaster. Featuring crisper visuals, is this a title worth picking up for new and old fans alike?

Story
Anyone who has played either the original release or the remake in 2002 should be familiar with the story of Resident Evil as nothing has been altered in this release but for those who may not be, the story begins in 1998. After a string of strange murders on the outskirts of Raccoon City, the elite police unit S.T.A.R.S is sent to investigate the woods surrounding the city. 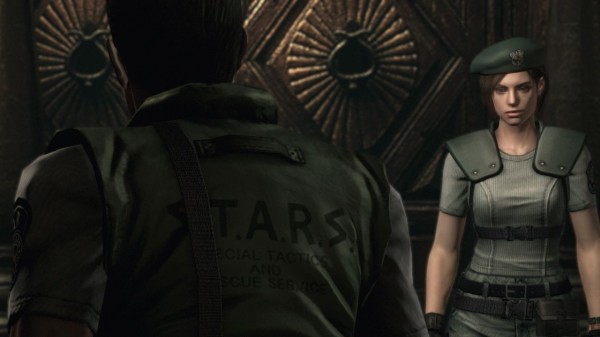 When the first team that was sent to investigate does not return, Alpha Team consisting of Jill Valentine, Chris Redfield, Barry Burton, Albert Wesker, Joseph Frost, and Brad Vickers are sent in to investigate. As things quickly go south, the surviving members of Alpha Team find themselves trapped in a mansion deep in the woods and here the story for survival begins.

Players will be able to choose between either Jill Valentine or Chris Redfield when they begin the game and although both storylines are the same at the core, each one has their own unique take on the story as only specific characters obtain certain cut scenes, slightly altered objectives from one another, and feature different skillsets. This makes the fairly lengthy (if you take your time of course) campaign even meatier as the replay value of this title is quite high thanks to these two characters. 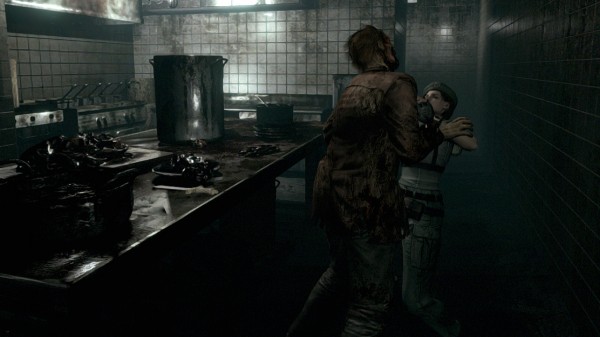 As mentioned, nothing in the storyline has changed since the 2002 remake which means that all of the campy dialogue and classic elements of the story remain intact. This means that not only will fans of the classic be able to re-experience this title as they remember but newcomers will find plenty to enjoy here as well, even if they might struggle a bit trying to figure out every secret and obtain the best endings.

Gameplay
Resident Evil HD Remaster is a title that shows that Capcom has understood what fans of the classic titles want as they have left the core experience untouched with only small changes and even then these changes are optional. Players will need to explore a maze-like mansion containing numerous mysteries and puzzles that slowly are revealed as they progress through the dangerous hallways. 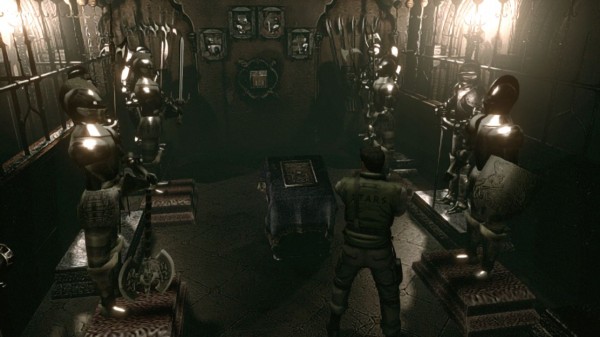 Everything is in short supply in Resident Evil HD Remaster, unless you choose to play on the very easy difficulty, meaning that not only will players have to navigate without a map until they find one, they will also have to be conservative with their ammunition, healing items, and even ink ribbons as it is entirely possible that you may miss out on a chance to save your progress if you don’t plan accordingly.

One thing that has been added to Resident Evil HD Remaster is a modern control scheme. These modern movement controls will make the game more accessible to newcomers and give old players a chance to try something different but if you prefer the tank style controls then all you need to do is switch them on in the options menu. These classic controls do feel the most natural given the design of the environments. 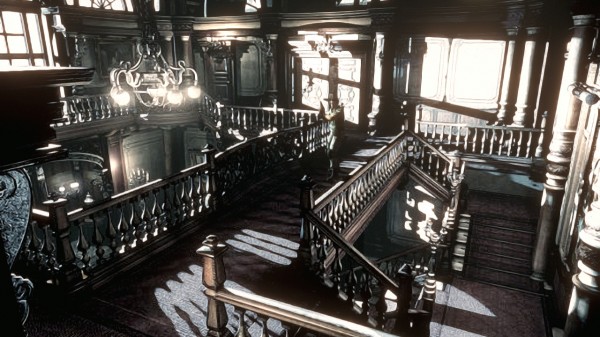 They also work the best with the retained scene changing one-angle camera angles that help hide enemies and keep the tension high. While running using the updated control scheme there were a few instances that the scene change would cause my character to move oddly which always seemed to be avoided in the classic mode. That being said, the new controls still require players to stand still and shoot at enemies and the various hit boxes and clipping issues with weaponry continue to be an issue, especially in regards to explosive weapons that need to directly connect with enemies to kill them as there still is no splash damage.

Now as mentioned, this is the HD Remaster of the GameCube release which means enemies such as the Crimson Heads and new areas are included but as mentioned nothing else has really been added to the game. There is a new outfit for both Jill and Chris unlocked from the start and a handful of difficulty levels and new modes, such as an invisible enemy mode, to help spice things up a bit. Also available are a set of achievements that reward players for doing things that they likely did in the past, such as trying to complete the entire game without saving, doing a knife-only run, or speed-running the title for a special unlock.

Visuals & Audio
Looking at Resident Evil HD Remaster it is impossible to believe that the title is nineteen years old at this point, or even thirteen if you want to go from the GC release date. Capcom has done an amazing job upgrading the graphics of this classic title to nearly meet modern standards. Both Jill and Chris’ character models are more detailed than ever, which is very evident thanks to the numerous close-up shots we get thanks to the camera and even the enemy models have been given a significant upgrade. 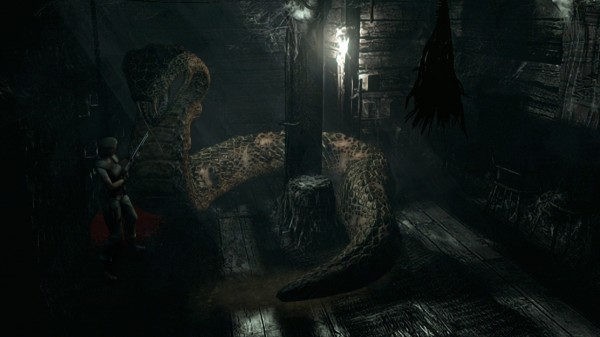 What really stands out here is the way that the company has made the various backgrounds stand out. The tension of the mansion’s maze of hallways and rooms look better than ever with subtle changes that provide a hauntingly atmospheric environment. That being said, not everything is great looking, since a number of the rooms in the mansion and other areas have been given a lot of love and care, certain rooms and environments that players may not spend much time in look rough around the edges and rather grainy. 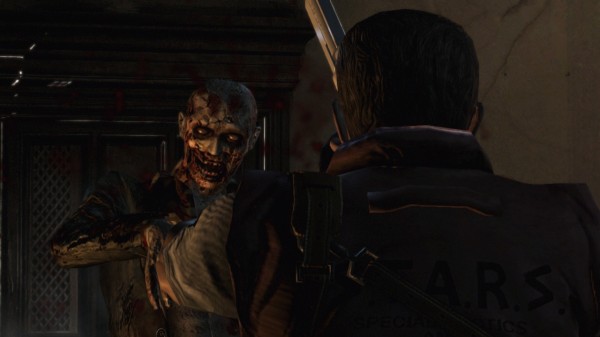 It is worth noting that players can choose to witch between 16:9 and 4:3 formats if they wish, though this does nothing to actually change the game. This title also makes use of the classic voice work recorded in 2002 which means that players can still experience the same campy voice acting as before, including classic lines such as Jill Sandwich and more. The same can be said for the soundtrack of haunting atmospheric tunes that help make the mansion and other areas even creepier than before.

Overall
Resident Evil HD Remaster should be everything that a fan of the original asked for. With a carefully handled HD upgrade that has mostly managed to make everything look as impressive as possible, Capcom has changed very little in this survival horror classic and I wouldn’t have it any other way. While it may have a few issues here and there, fans of the original will find everything they loved about the original here while newcomers will be able to experience a classic game like never before.