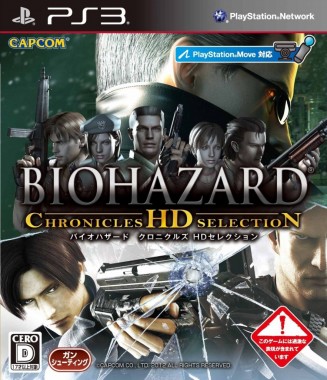 The Resident Evil Chronicles games have seen a release before. Originally, both the Umbrella Chronicles and the Darkside Chronicles were released for the Nintendo Wii. Now they are both available for the Playstation 3. Both North America and Europe will be receiving the game via the Playstation Store. However, Japan (where the series is named Biohazard) will receive a physical copy of the HD remastered games. These two on-rail shooters retell the events of Resident Evil 0, 1, 2, 3 and Code: Veronica, as well as expanding on the stories with two new scenarios. Are these two games worth the time of anyone or just the Resident Evil fan? 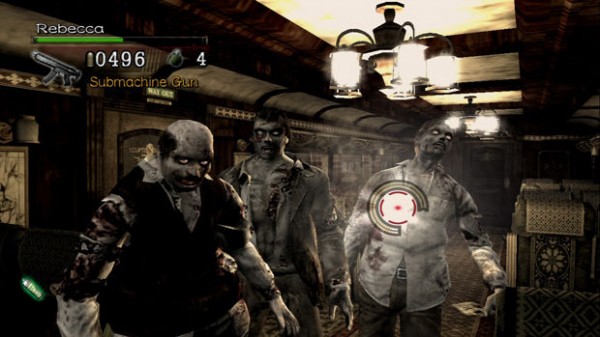 The two Resident Evil Chronicles games are in fact a retelling of previous Resident Evil games with a few extra titbits here and there. The Umbrella Chronicles is the earlier of the two. It takes care of Resident Evil 0, 1, & 3 and a new scenario that takes place in the year 2003, some five years after the events of Raccoon City. The Darkside Chronicles retell the events of Resident Evil 2 and Code: Veronica. It too features a new scenario set in the jungles of South America. With a lot of story to cover, the two game features an extensive list of characters from those games. Favourites such as Leon S. Kennedy, Chris Redfield, Jill Valentine and much more make an appearance in one of these two games.

The retelling of each story is actually done well. As a newcomer to the Resident Evil series (this is the first time I have encountered the series), I was able to understand what was going on without feeling lost or confused The newer scenarios also expanded on the Resident Evil world. If there is one complaint I have about the story, it would be the pacing. At times, the game would just trudge along at a slow pace, usually when two characters are conversing. While it seems necessary for character development, at times, conversations should have not dragged for the time it did. Shorter breaks would have allowed the player to catch their breath while not get too bored. 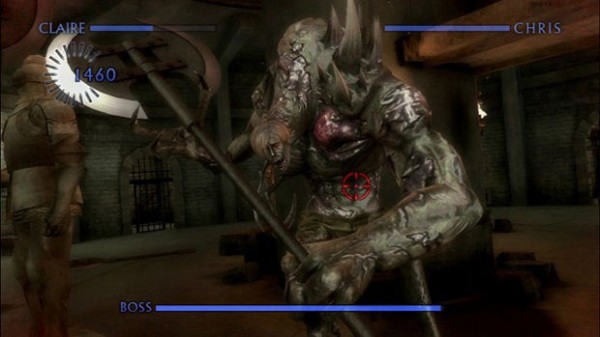 The Resident Evil Chronicles games are both on-rails shooters. One or two players will go through different scenarios and defeat the enemies of the game, the B.O.Ws. They do vary, from slow, low damaging commoners to more powerful beasts, ready to strike you down. Each B.O.W has a critical spot to find, allowing players to score extra points as well as taking down the enemy much faster. For the boss battles, they are usually finding the weak spot to drain the lifebar. They also require more precision and patience than one would give for the average zombie. This brings a certain challenge to the game, even on the easiest difficulty setting. At the end of each level, the player is awarded a score, where they can post it onto an online leaderboard.

Shooting B.O.Ws won’t be the only thing that the player will do in the game. Shooting environmental items will reveal usable weapons items, as well as collectables, such as character profiles and more. There are different weapons available to use, usually picked up during gameplay. All are upgradeable using gold scattered all over the levels. What adds to the strategy of this game is the fact that each gun has limited ammo, expect for the handgun, which has unlimited ammo. Ammo supplies differ with difficulty level, but players must watch their supplies, even for the boss battles. The handgun is not a weapon one would want to be stuck with while fighting a monstrous boss. 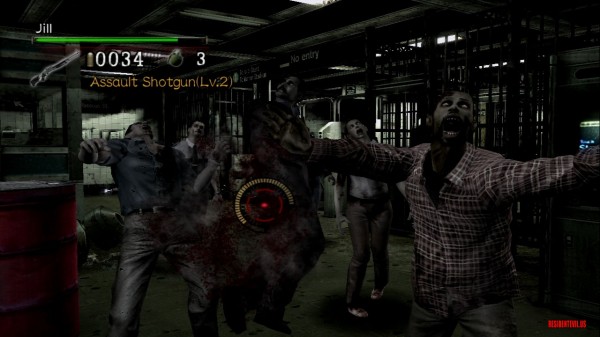 If there is a complaint about these two games, it would be how the camera could get quite annoying. It occurs in both games, but moreso in the Darkside Chronicles. At times, the camera will suddenly change direction, even when there are zombies right behind the characters. While it is meant to express the threat the characters face, it does rob the player a chance to get points. These sorts of changes in the camera occur in a split second. Another complaint is the use of quick time events. I would have never though that an on-rail shooter would use quick time events. They usually pop up more in the Umbrella Chronicles and feel tacked on rather than a natural occurrence. 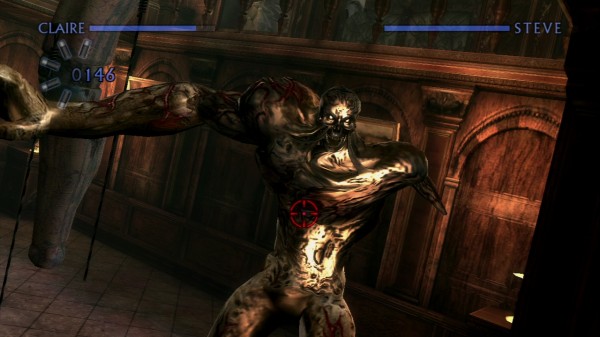 Being a HD remaster of a Wii game, one would expect the visuals to be sharper and clearer. Well, the visuals are a mixed bag. It does have its strengths, but also its failings. The sharpness of the character models and settings do get a bunp up. However, not much has improved. The character models do look like they did come from the Wii, with nothing much done with them. The same can be said for the settings. The CGI cutscenes look great, though. With that said, players do have to put up with an annoying grain filter playing, which does hinder how beautiful these CGI cutscenes are. The audio is your typical Resident Evil music. Errie tracks evoke a sense of the unknown lurking behind the characters, ready to strike when they have the right time. The sound effects are pretty good and the voice acting seems to have a range. Some characters are good, while others needed some more work.

Despite being a re-release of two Wii titles, Resident Evil Chronicles HD offers two excellent games worth playing for both the newcomer and the veteran. The on-rails mechanic offers a new spin on old stories. The content available helps expand the world of Resident Evil and the stories behind them. Playstation Move support is excellent, with accurate controls. With that said, it would have been nice to offer a better visual experience and work on some of the voice acting. Also, the camera in the Darkside Chronicles went a little too far, shaking quite a lot and pulling away from the action at the wrong moment. Quick time events were an odd mechanic to implement in an on-rails shooter. Overall, these two games are worth your time and money, no matter how you feel towards the Resident Evil franchise. It is fun, with a great retelling of some classic stories and excellent use of the Playstation Move.