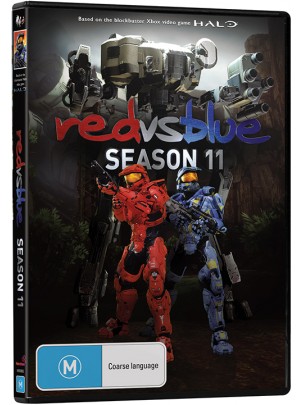 Overview
So you’ve just beaten the bad guys. Taken down their sinister plot, put an end to the madness and saved the day in general. That’s usually where the story ends. Unfortunately for our hapless heroes, their journey is about to begin all over again, trapped once more in that most charming piece of real estate the galaxy has ever known: a box canyon. With no way out and rescue a fleeting hope, it’s time for the Reds and Blues to do what they do best: Drive each other insane. 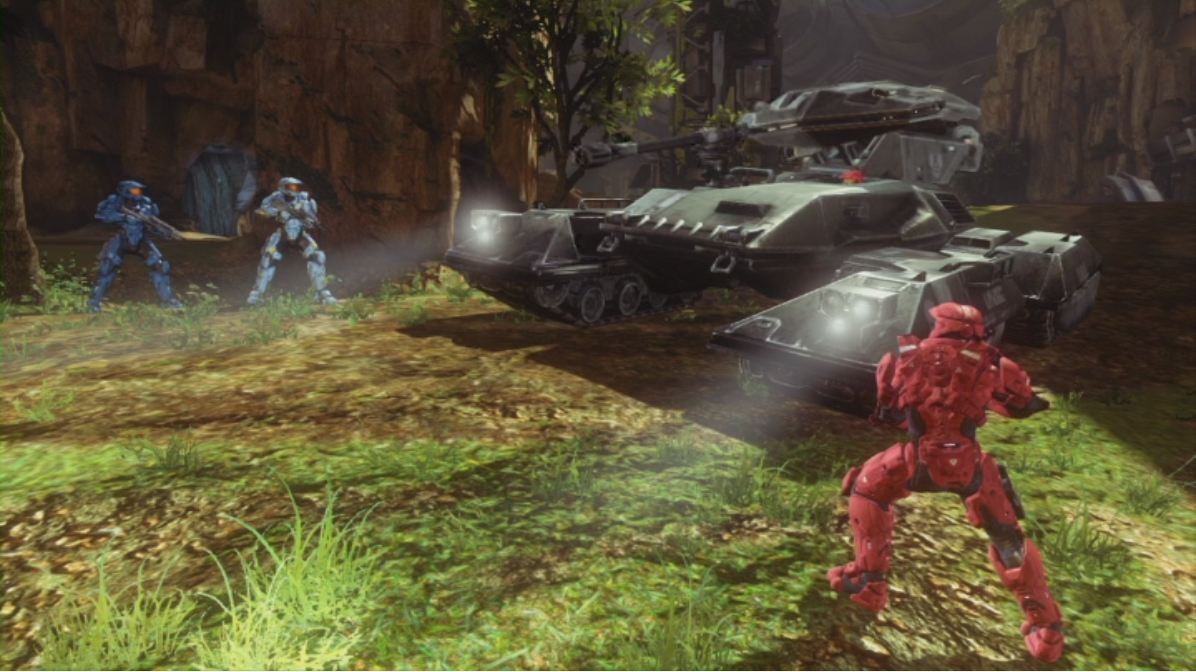 Destroy It Yourself renovation

Story
After the events of last season, our heroes once again find themselves in their most hated of locales: a box canyon in the middle of nowhere. It would appear that old habits die hard, as both Red and Blue teams decide to set up their own bases…on opposite sides of the canyon…whilst heavily armed. Well first things first, renovations. Explosive renovations. Deciding that their base is considerably less appealing than than their Blue comrades, Sarge decides to borrow a tank in order to help with the remodelling…it goes about as well as you’d think. As just the newest conflict in what has been a fairly strained relationship, the Reds and Blues struggle to keep calm as they start to get on each others nerves. With the whole Freelancer saga put to rest, the teams no longer have the distraction of purpose and begin to slip back into their original dynamic.

Meanwhile, over on Blue Team, Agent Washington is struggling to come to terms with the attitude of his team. Though he’s known them all for some time and experience their habitual stupidity and laziness, this is the first time a major threat hasn’t loomed over their head. Which is about the only thing that can motivate them to do anything. Not quite used to the lazy routine, Wash clashes with Tucker on a regular basis as their ideas of army life meet. This adds a new dynamic to the Blue Team, as Wash and Tucker’s previous interactions were nowhere near as prominent. Their disagreements are one of the major indicators that Wash, whilst a good soldier, has a long way to go when it comes to leading.

One of the major points of conflict and action within the canyon is the Comms Tower. Being their only beacon of hope, both sides naturally want it reactivated. But as we all know, Reds and Blues have different ways of doing things. Wash decides to actually repair the tower, Sarge has another plan. In a moment of true Sarge ingenuity, he decides to build the most useful tool he can think of, a second Spanish robot: Lopez-Dos-Point-0. Thus begins the return of previous characters. With their comms eventually repaired, certain familiar faces return to complete the ensemble, even Andy the Bomb gets a brief vocal cameo. Ah memories… 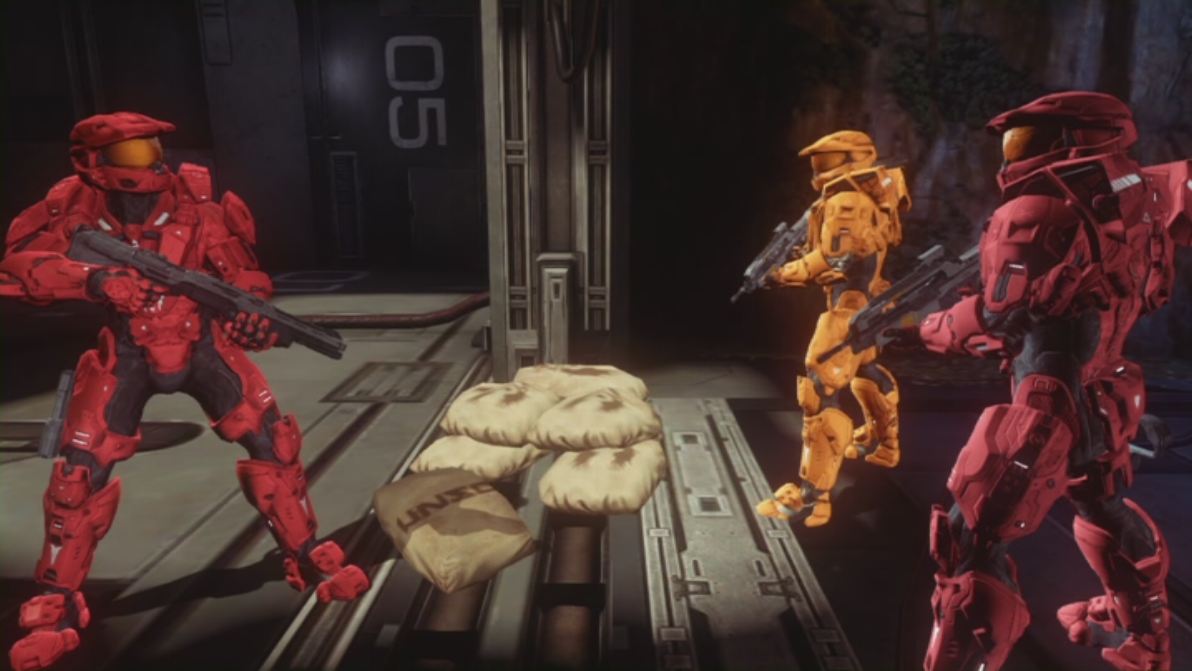 “I just feel like there’s this wall between us”

This season focuses pretty heavily on returning to the roots of the Red vs Blue franchise. The setting, the cast, the sarcastic humour filled with only a semi serious sense of vitriol. Without the distraction of a third party, Sarge returns to his Blue hating ways, convincing himself that their cooperation in the past must’ve been part of some diabolical ruse. Luckily he follows through about as well as he does when killing Grif, so he’s not too dangerous. Without a female around, Tucker rarely gets the chance to use his trademark phrase. Well he does once, but it’s immediately recinded. Grif does nothing, Simmons continues his sycophantic ways and Caboose makes a new friend. However, this is Red vs Blue, just how long did you expect the “quiet” life to continue? I’ll give you a hint, it’s not that long. It seems that once again the Red and Blue Simulation Troopers have placed themselves smack bang in the middle of a conflict that goes way above their rank…and fitness level.

Season 11 also sees the return/rebirth of some classic RvB jokes. Namely, the UNSCs penchant for choosing vehicle names dubbed stupid by our heroes. Specifically, the Mantis. Both Red and Blue alike wonder why it bears that name. The colour? The legs? The fact that after the act of procreation it consumes its partner in an act of sexual cannibalism? Probably not, but it does have spots on its face and thus Freckles is born. As a character, Freckles seemingly takes on the roles of both the Puma and Sheila from Season 1, being both the source of name confusion and main source of explosions. Caboose’s  strong connection with Freckles also harks back to his relationship with Sheila. Though the dynamic is clearly different, we once again see an example of Caboose’s propensity for befriending the equipment. 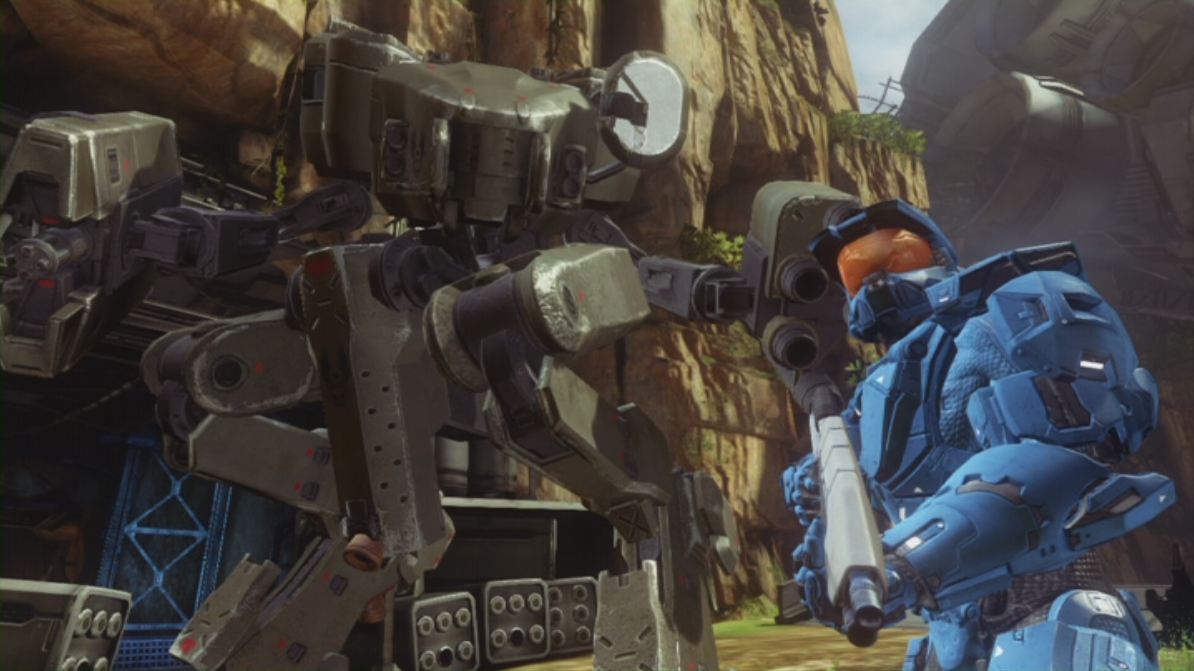 Isn’t he just the cutest?

The characters also seem rather self aware of their own place within the universe. Sarge notes multiple times how the Blues perform all of the complicated tasks, whilst the Reds stand idly by. For such confusing events with so much left unknown to them, they seem to have a fairly good understanding of the situation. In one instance, Grif goes Meta when he asks Simmons to drop his gun. After all, the Red and Blues are stuck alone in a box canyon, so why do they continue to wear full body armour and stroll around armed to the teeth? This realisation, and his apparent inability to lower his gun, force an understandably freaked out Simmons into a hasty retreat…No trash duty for the slacker in orange.

Season 11 also contains far more pop culture references than any previous season. Characters will constantly reference films, both real and fictional, to get their point across. During one conversation, characters reference both Pokemon and a fictional film entitled Superman Origins III: Revelations, which serves as much as a reference as it does a parody of the certain movie trends. Whilst different from the previous seasons, the referential humour is not misplaced and lends well to the conversational nature of the troops when stranded together without a war to keep them busy. 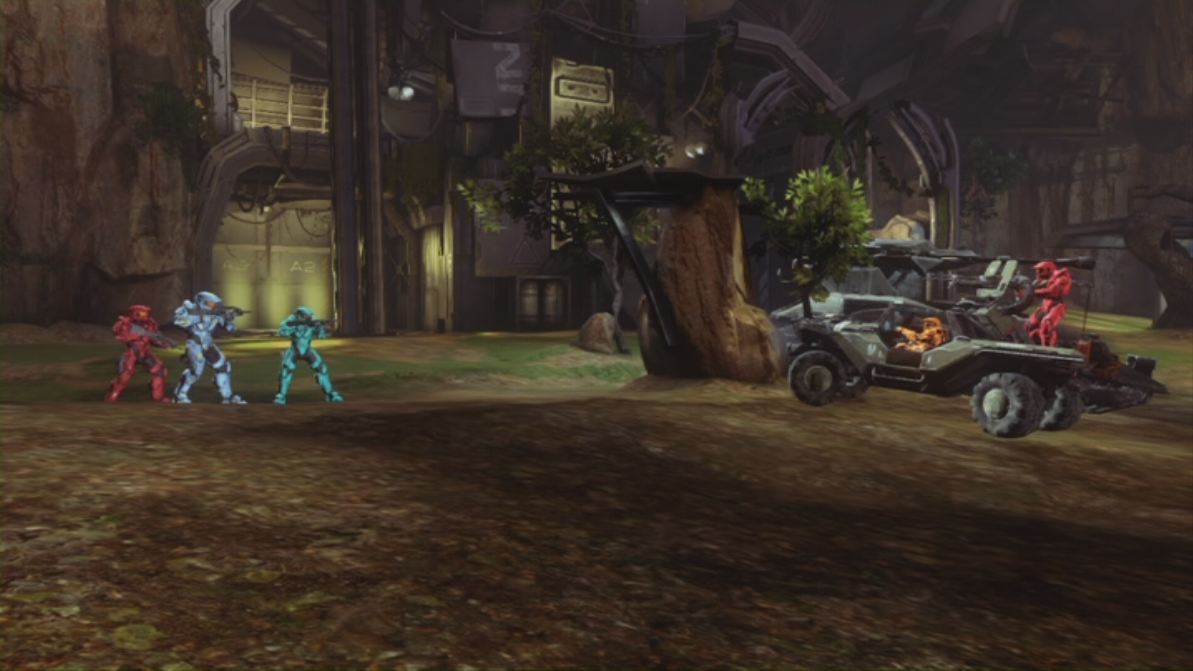 Visuals
In the words of Caboose “The graphics are incredible!” Considering the fact that this season was shot entirely using machinima, the graphics are identical to Halo 4 because, well, it’s Halo 4. That being said, as the first season set in the new Halo, the graphics are noticeably different to those previous. The characters themselves are all noticeably brighter shades than they have been, due to the new engine, and have a certain glow about them. Certain action packed moments towards the end of the season are also especially dramatic due to the new assassination animations present in Halo 4. You can’t deny the brutality of a back break. You just can’t.

The series does contain some visual effects though they are few and far between. Rather than complicated motion captured action scenes, the effects are generally static objects not present in the games engine, such as the kitchen sink. This further connects Season 11 to the older RvB, where “crappy” 2D effects were fairly prevalent. It’s definitely a matter of “so bad, it’s good”, like the return of the Blue Team chain of command chart (with some amendments).

The characters themselves also note their surroundings, though usually in a negative way. Elements that make a fun Halo multiplayer map apparently don’t translate well into creating a residence. Grif wonders why, when they have it lazily draped over their roof, they don’t use the trap to cover the giant hole in the ceiling and instead get washed away by the rain. Simmons masterful planning also sees the Red Team living underneath the remnants of the crashed ship’s engine, machinery that Sarge notes is highly radioactive…though it does keep the base warm. 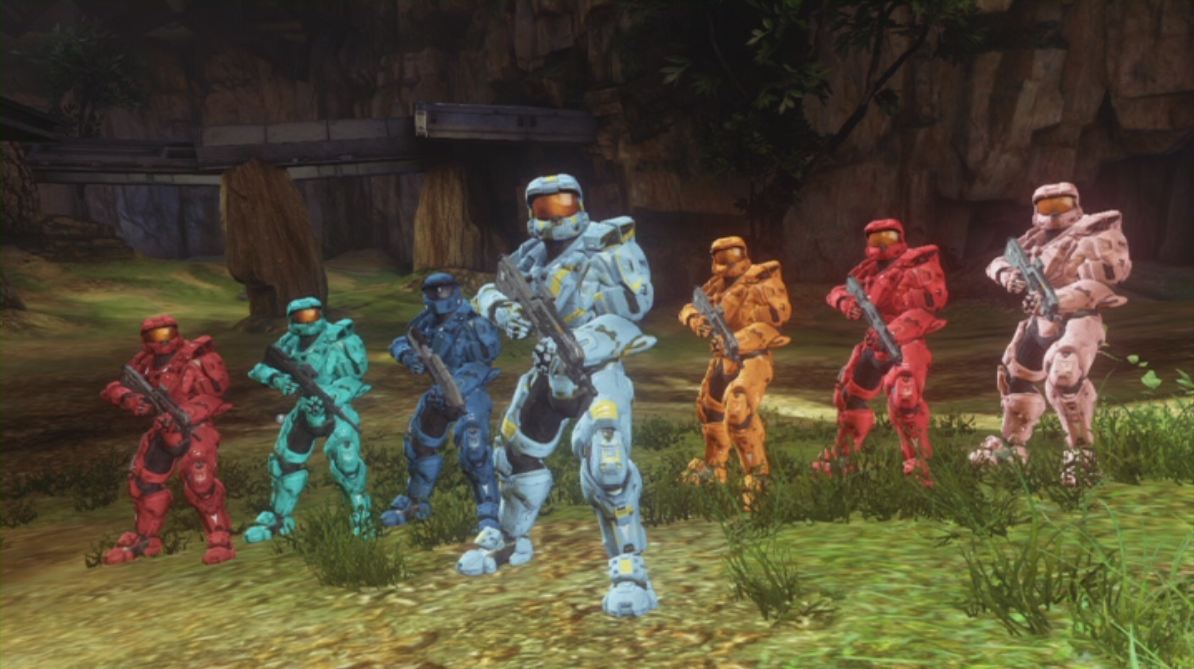 Audio
For the first time in RvB history, a new theme song is used as the series’ default. The full song “Contact” can be heard in its entirety during the credits, but it is the twang of acoustic guitar and calm whistle that you will come to know. However, as it is the new tune that introduces each individual episode of Season 11, it isn’t heard as often in the full release. You’ll also know that a character is important when they enter to the sound of their very own theme song. For example Freckles, being the loveable harbinger of destruction that he is, is introduced to the Red and Blue troops whilst supported by his own lumbering and frightening backtrack, immediately putting you at unease around the new recruit. The Red’s also briefly play their Tejano (Spanish-Mexican) battle music once again, though this is merely for reference as the tune lasts about three seconds.

Certain audio queues are also used as a way to support the machinima of the series. As the visuals are locked to the assets of Halo 4, sound servs as a way to create new elements from existing tools. For example, whilst repairing the Comms Tower, a wrench can be heard. As this is not in the game itself, the sound, along with the inability to see Wash’s hands, creates the illusion that such a tool is being used. A similar tactic is again used when Wash is building his secret project. By swapping the audio of a gun firing with the sound of a saudering iron, we are once again given the combination of visuals and audio that creates something new entirely. Working within boundaries inspires creativity.

Extras
The DVD itself contains a decent amount of extra features. The three Season 11 PSAs, Voting Fever, The #1 Movie in the Galaxy and Game Changer, are all included along with outtakes, deleted scenes and a behind the scenes look at production. There is also an audio commentary for the entire season featuring Miles Luna, Burnie Burns, Matt Hullum and Kyle Taylor. There are also a number of trailers for various Rooster Teeth productions such as, RWBY, A Simple Walk Into Mordor, Slow Mo Guys and Season 11 itself. 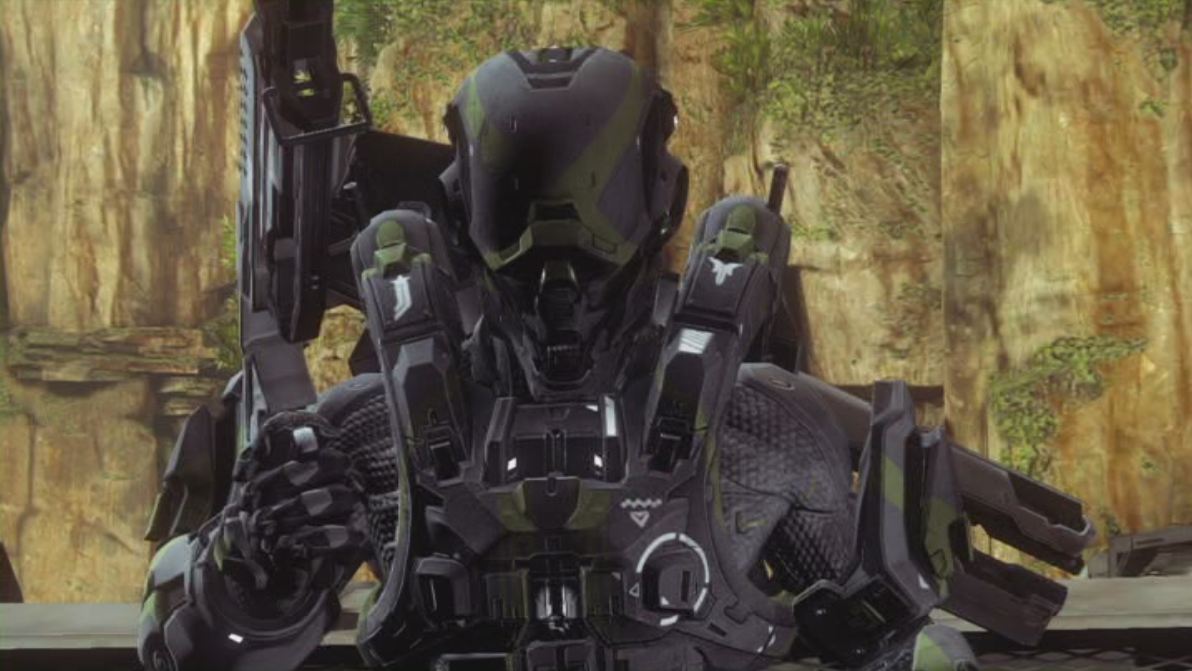 Overall
Red vs Blue Season 11 carries with it the style and feel of the early days, back when the world beyond Blood Gulch was unexplored and irrelevant. Bored, slightly upset at their opposing colour, though not enough to actually do anything about it, fighting just as much within their own ranks…It’s nostalgic. The “reset” seems rather appropriate as the long running Freelancer saga has met its completion and the series now enters uncharted territory…quite literally. That being said, there also exists the sense of drama we’ve come to expect from the newer seasons, with quite a few moments that will warm your heart and maybe draw a tear or two. All in all, whilst Season 11 contains plenty of references to the previous misadventures of the Reds and Blues, it also marks the beginning of a new saga.