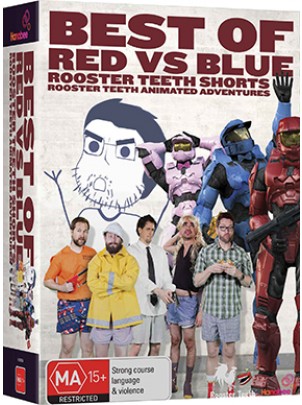 Overview
From wondering why we’re here to ending up on the wrong side of a panther, the Red vs Blue Best of Bundle has it all…It has a lot…The best of, that’s the whole point. It’ll make you laugh, it’ll make you cry, maybe. Machinima, shorts and animated adventures. Let’s begin shall we? 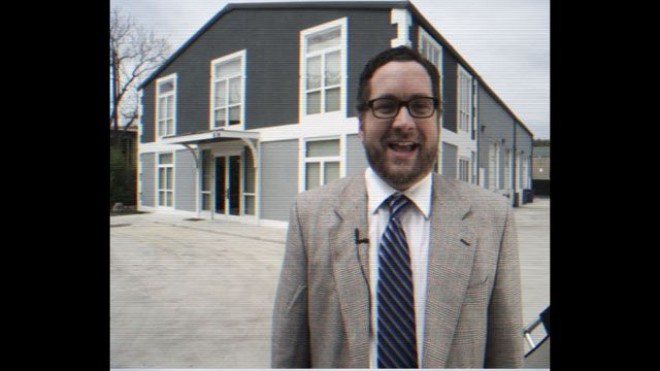 Ladies and Gentlemen, Elites and Spartans, Rooster Teeth Productions presents…The Best Red vs Blue DVD Ever. Of All Time. (PS Its a joke from the show) Presented under the guise of a prime time, first (and only) annual awards ceremony, The Best DVD Ever compiles the greatest moments of RvB under the honour of being a “Best of”. Each award is presented by one of the numerous cast members from the series, from staples such as Church and Sarge, to those that were left behind, like Sister and Crunchbite. Over the course of the ceremony everything from “Best Driving” to “Best Couple” is covered. Opinions fly as the red carpet banter and on stage monologues question the moments that made the cut. 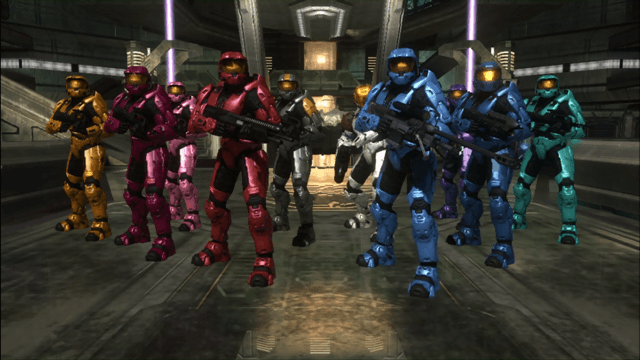 The best of the best…

The Best of Rooster Teeth Shorts presents the a fake documentary titled: The Kinda True Story of Rooster Teeth Shorts. Depicted as a serious account of the rise and fall of an internet tyrant, the documentary completely reinterprets the context individual short. In that it actually gives them context. Rather than a series one-shot jokes, each short is depicted as an event that occurred over the course of Rooster Teeth. Everything from the unfortunate circumstances of Gavin’s early employment, to the mysterious appearance of a button wielding warlock, all is explained. Kinda. Connecting a series of random collection of seemingly unrelated events certainly creates an interesting company history.

The Best of Rooster Teeth Animated Adventures is exactly that. The Best of…Most of. But who ever said the best of couldn’t be everything. Nobody, that’s who. The DVD showcases the numerous stick-armed adventures of the RT Podcast crew in stunning 2D, covering their “average” day to day lives. In between the  cavalcade of animation, the employees of Rooster Teeth and subjects of each short share their own opinions, and clarifications, on the stories of their lives. 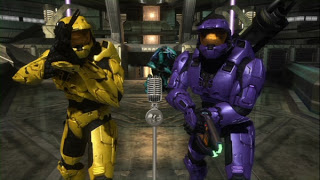 Visuals and Audio
As one would expect from Red vs Blue, the award ceremony is presented completely via machinima. There is in fact an award for Best Visual Effect, showcasing the top standard of RvB animation. That being said there is also an award for Worst Visual Effect, harking back to earlier days. An RvB sans animation team. Simpler times.

RTAA is presented in its simplistic carton style, a fact the employees consistently point out. But that’s part of its charm. The DVD does however show the evolution of the animation since its premiere episode. What began as a somewhat crude series of skipping images creating a scene, became a series of fluid, less-crude animations. The eternal scowl of Animated Gus, the liberties taken when designing the RT Kids. What’s not to love. 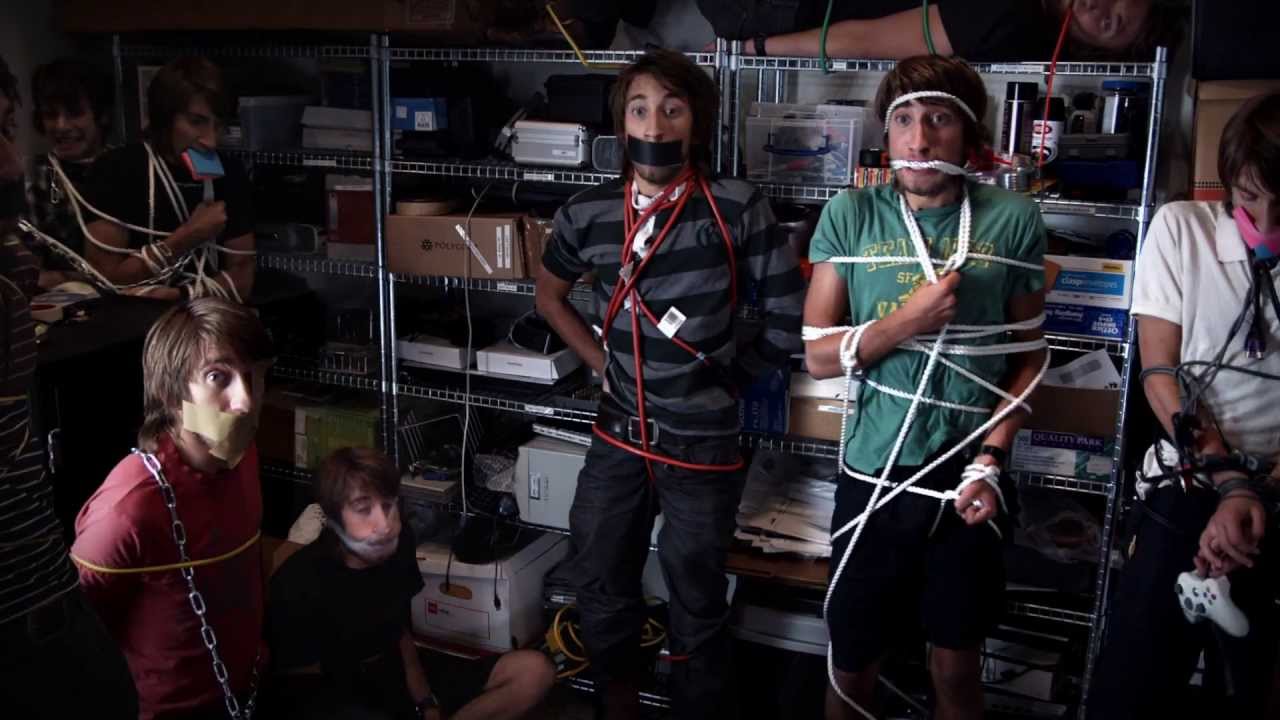 The audio for the RvB Award Ceremony was…dramatic. Trumpets, fanfare. Just like a real award ceremony only machinama-y. Insults, innuendo and threats fly as the Blood Gulch crew, and a couple of Freelancers, host. Amidst all of the visual achievements, there is an award for Best Song, an honour that goes to the original opening theme of The Blood Gulch Chronicles, the aptly named, “Blood Gulch Blues”. Although it’s not the main focus, you also can’t help but notice the other songs in the background of certain award winning scenes, such as “Falling Towards the Sky”. This of course being heard alongside screams, explosions and the sound of super soldiers punching each other. The tune “I Am the Best” also plays over the credits of the RvB Awards, complete with music video.

Without spoiling the experience, audio is quite prevalent in the bonus season 5 short “Slo Mo Love”. It’s…interesting. The spoof trailer “Angry Birds” also comes complete with dramatic instrumentals, belying the intensity of the feathered artillery.

Extras
The RvB Best of Bundle features a bevy of extras. Every menu throughout the three DVDs has idle animations, in which various thing happen. Caboose talking to nobody, Super Saiyanimated Burnie, even Gus…’disposing’ of some other cast members. Stick around long enough an you’ll see some things.

The Best of RvB contains the standard extras as well. A trailer for Season 10, The Best of RTAA and The Best of RT Shorts. There is also a rundown of Achievement Hunter’s release schedule as ‘explained’ by Kara. 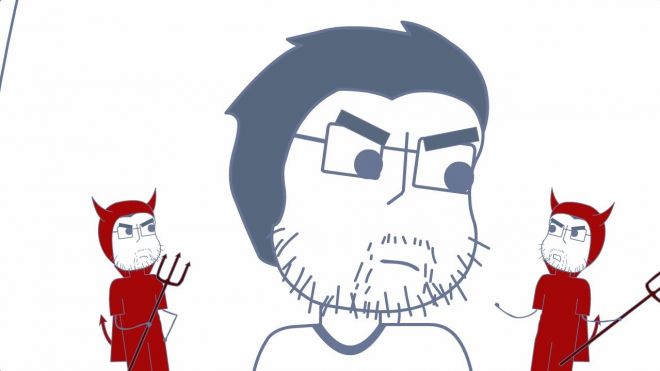 Along with those already mentioned, The Best of RT Shorts also features trailers for A Simple Walk into Mordor, Day 5, Immersion and RWBY (Red and White). The DVD also features a blooper reel, full of all the missed lines, laughter and general chaos that you don’t get to see. Also included in the extras is two bonus shorts from season 5, titled “Slo Mo Love” and the currently unreleased “Girls, Girls, Girls”. An option is also included that allows you to watch the shorts alone in their original stand alone format, without the Kinda True documentary in between linking them together.

The same option is provided in the DVD, allowing you to watch the shorts without the employee banter in between if you so desire. There is also an extra special 3D animated adventure, bringing “Gus Doesn’t Want to go to Vegas” into the next dimension. Darque Chcolate also makes the same transition, though only in the menu screen. The blooper reel for the scripted “Attack of the Burnies” also makes an appearance, as does time lapse footage of a RTAA being created, showing just how much effort goes into creating each and every frame. 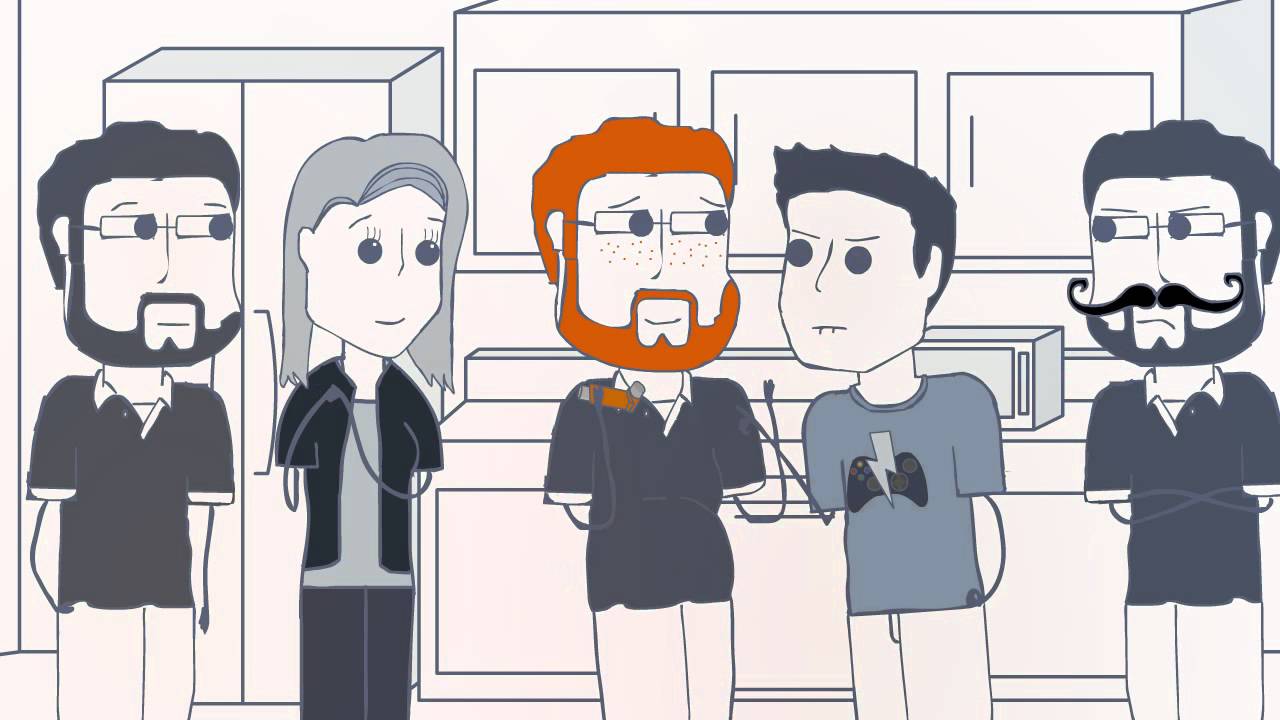 It’s about to go down, Jersey Style!

Overall
The Best of Red vs Blue Bundle is what it says. It’s a collection of some of the most memorable moments of RvB, RT Shorts and RTAA. The collection gives an overview of the various series and, coincidentally, provides trailers to see the rest. If you want to watch some Rooster Teeth productions, check out the Best of. All of which are found in this sizeable package…Bow Chicka Bow Wow!