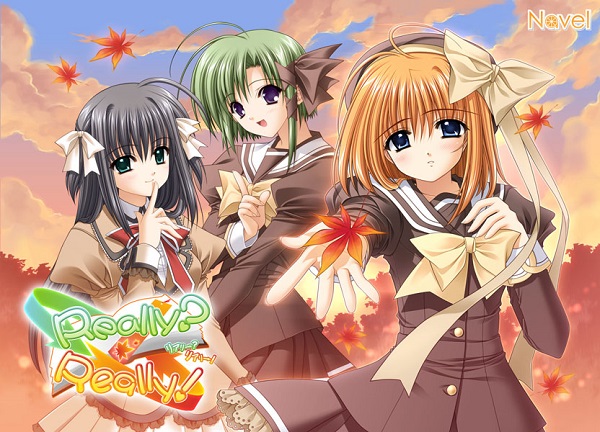 Overview
It is a rare thing when an eroge visual novel is given a continuation of sorts, and it is an even rarer thing when these continuations are translated into English for fans of the game. Such a game to be given this treatment is Navel’s Shuffle!, a title that was quite successful and even spawned an anime adaptation in Japan. Since Shuffle!’s English release, the Nerine continuation Tick! Tack! has already been released and now MangaGamer has brought us Really? Really!, a continuation of Kaede’s story. The question is, while Tick! Tack! had its unique features to accompany the extended story, does Really? Really! offer a worthwhile enough story for fans to pick up?

Story
It is worth noting before we continue that since this is a continuation of Shuffle! that there will possibly be spoilers for that title in the following review and it is also worth mentioning that since Really? Really! was developed after Tick! Tack! that there are even a few pieces of content that might be spoiled since some characters do make the transition into Really? Really!. 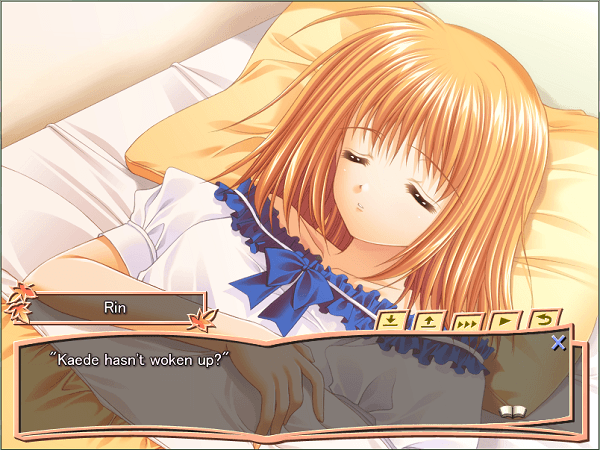 That being said, Really? Really! follows the continuation of Kaede’s route from the main title Shuffle!, where as you likely know, involves the human world being connected to that of Gods and Devils and living beside them. While players had a number of characters to pick from in the game, one girl who had been alongside the main character Rin since childhood was one of the options and it is actually their past that it is the focus of Really? Really! instead of their future.

The story begins with Primula continuing to live with Kaede and Rin and since she has slowly begun to slow emotions, the King of the Gods and King of the Devils wish to perform an experiment to test Primula’s magical abilities, since their once latent potential has started to manifest. Unfortunately during the experiment, Primula’s power goes beyond the two Kings’ ability to restrain it and the power lashes out. While Rin is only knocked out, Kaede has suffered extreme mental damage that has caused her memories to fall apart.

Because of this, Kaede has fallen into a deep sleep and only Rin and his friends have any chance of saving her. They must do this by entering her sleeping mind through the power of the Kings in an effort to fix Kaede’s memories of the past and try to restore things to their proper order, even if it means exposing some of the darker memories these two share to the rest of their friends. 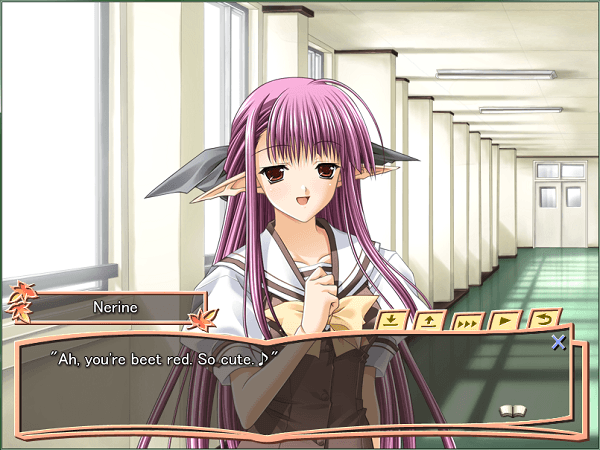 You see, unlike Tick! Tack!, which primarily focuses on Nerine, her family, as well as the constant friends, Mayumi and Itsuki, Really? Really! sees most of the characters from the main story as well as a new childhood friend of Kaede and Rin’s named Sakura enter Kaede’s mind and since they are entering some of her memories, they must each play their role properly or be forced out of her mind.

This causes quite a few awkward moments mostly due to the fact that Kaede’s memories are all over the place and not only are there obvious faults with her memory, such as Itsuki being a girl, but also elements that see Rin dating and having sex with other members of the cast, including Asa, Primula, the newly introduced Sakura, their teacher, and finally for the first time, Mayumi. Since all of these characters have to play their roles properly, and this is a story where Rin stayed true to Kaede, there are many interesting moments outside of the memories where the girls then react to what they had to do with Rin within the memory.

Along those lines, it is worth noting that although there are many girls that are slept with in Really? Really!, the game does not feature a branching storyline in any way nor are there different routes to choose from. Instead players must work to correct Kaede’s memories which will adjust her overall memory, such as the fact that Nerine is the shy blue-haired girl and not her energeting and outgoing red-headed self or how the group has not met Sage at any point in the main story, as well as how Rin never dated or had sexual encounters with certain girls. 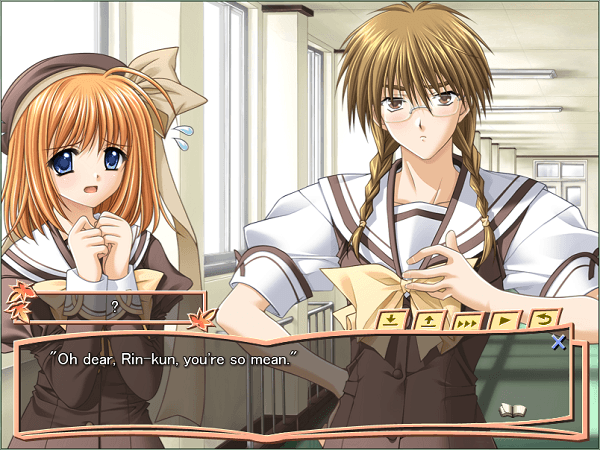 As players continue to progress through the story and resolve some of Kaede’s memories, they will notice that the time periods of these memories range all the way from when Kaede and Rin first met all the way until their confession of love. This makes the inclusion of Sakura in the title an important one since she is the only one of the group to have any idea of how Kaede used to treat Rin. Playing through the moments involving the darker sides to their past are some of the better moments in the game as not only are they enlightening but also contain a lot of heartfelt emotion that will make fans of Kaede really feel something for the two.

That being said, not everything is dark and gloomy as there are numerous comedic moments laced in with the rest of the story, with Mayumi and Itsuki being the butt of many jokes, though these are the ones that generally take place in the Verbena Academy era, since pre-Verbena Academy generally involves the two’s darker past and overcoming it and alongside those we have just as many heartwarming scenes as well. I must say that despite Kaede not being one of my favorite characters from the main title however, she really does shine as a main heroine thanks to her endearing personality and the way she reacts to anything Rin does or says.

It is worth mentioning however that it is unfortunate that, although the other pairings only occur within the memories, the few interactions that do occur outside of Kaede’s mind are never explored or delved into any further than surface level. While some of these side elements are wrapped up at the end and even though this story is meant to focus on Kaede, there feels like a few segments left hanging that could have been explored further.

Gameplay
As players enter Kaede’s mind, they will find that a certain helpful “person” has been left to guide them through the process of restoring her memories. Players must make use of special keywords to correct Kaede’s memories, and while some of these are as simple as saying that Itsuki is not a girl but a guy, many of them can be a bit stranger. You see, these keywords are acquired by viewing Kaede’s memories but there are many times that you may not have the proper keyword to correct a situation. 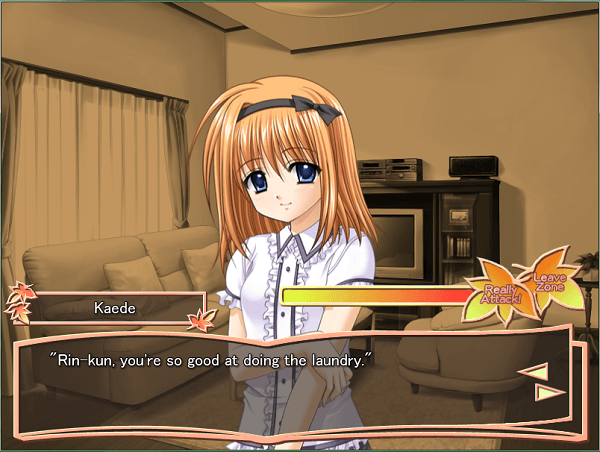 Correcting her memory is handled in a way similar to Ace Attorney. Occasionally within a memory Kaede will say something that will trigger a moment where the player can correct a memory. They must do this by selecting a specific phrase and using a specific keyword to change it. As mentioned before these keywords are not always easy to find however and you can potentially fail if you get it incorrect too many times, receiving the game’s only other ending, a bad end. Instead the player can choose to back out of the scene and even the entire memory and enter another memory to try and complete that one instead, potentially unlocking a new keyword in the process.

At other times, players can also be limited in how they will progress by having certain elements of Kaede’s memory locked away, meaning that despite having a keyword, you might need to enter a different memory first to advance the other memory.

One interesting element of the game is the fact that once players completely restore a memory and end the day, these memories can then be viewed from Kaede’s perspective by every one of her friends, not just those playing a role. These memories from Kaede’s perspective give us some extra insight on her character as well as how she is feeling during the darker moments of the story and it is a bit interesting to see how she is seeing things instead of the standard Rin perspective. 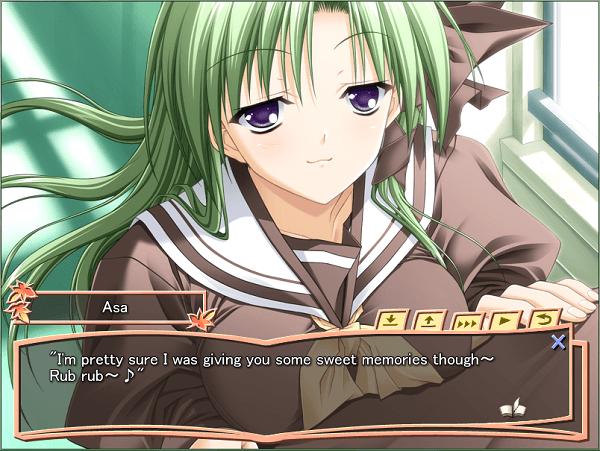 As with many games of this type, once the player finishes a certain amount of the game the player can then access memories, a CG gallery, a scene replay, and eventually a music mode from the main menu. As mentioned earlier, Really? Really! does not feature alternate routes so unlocking all of the CGs and scenes is a very simple endeavor, as there are only a couple CGs that need an alternate choice. That isn’t too much of an issue however as Really? Really! makes up for its limited replayability by offering a lengthy and enjoyable single story route.

Visuals & Audio
Since this is a continuation of Shuffle! the character art and many of the background scenes will look the same as before and even the new characters fit in well to the game’s style. The character portraits are nicely detailed and have enough variation in expressions to fit nicely with the game’s dialogue and considering how there are a number of age ranged shown for Rin, Kaede, and Sakura, it is nice to see consistency here.

It is also nice to say that although there are twenty different sex scenes in Really? Really!, CGs are not limited to these scenes and instead they are scattered throughout the story to help drive home important moments or for the sake of some comedy. On to the actual sex scenes themselves, each scene is presented with a handful of CG to show various moments of progression and each of these scenes are all “vanilla” with a bit of cosplay here and there, though one character might be a bit on the younger looking side for some. 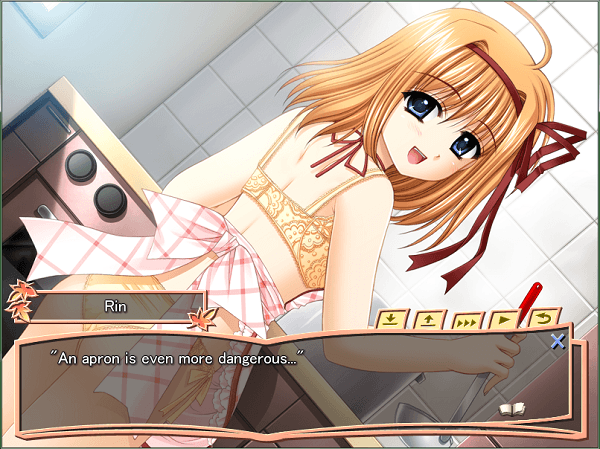 The Japanese voice actors and actresses from the original Shuffle! reprise their roles in Really? Really! and handle the characters very nicely and the new characters added this time around fit in perfectly. Also those moments where you see things through Kaede’s eyes? A nice touch is added here to give Rin voice work for these segments where previously he never had any voice work.

The soundtrack is fairly standard for a game like this one, but it is worth mentioning that there are elements of music used from both the original game and new pieces of background music specifically for Really? Really! in the title. There is one notable moment where an insert song is used during one of the game’s most emotional moments.

Overall
Really? Really! is an interesting take on following up a story. Unlike Tick! Tack! where it explored further into Rin and Nerine’s future, Really? Really! focuses on exploring Rin and Kaede’s past and the highs and lows that their relationship has had ever since they met as children. Thanks to the false memories this is also a game that gives players many humorous moments as well as scenes involving characters that have never been explored before, and quite a few for fans of Asa , giving the game some extra appeal for those who may not be fans of Kaede. As such, although it is disappointing that the title only has one real route, the story told along this route, and the memory fixing gameplay mechanic, has a little something for everyone, but is a definite hit for fans of Shuffle! and especially fans of Kaede.