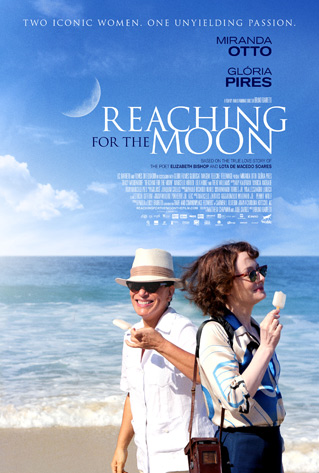 There is perhaps some irony to be enjoyed in the fact that the American poet Elizabeth Bishop, who was infamous for her protection of her privacy, now has a movie directed by Bruno Barreto which explores some of her most intimate moments. Her work largely avoided the confessional voice of poetry, which was popular in her own time, and instead focused on creating a staccato of lyrical observations. This film shows us what was largely left out of her writing; the author. 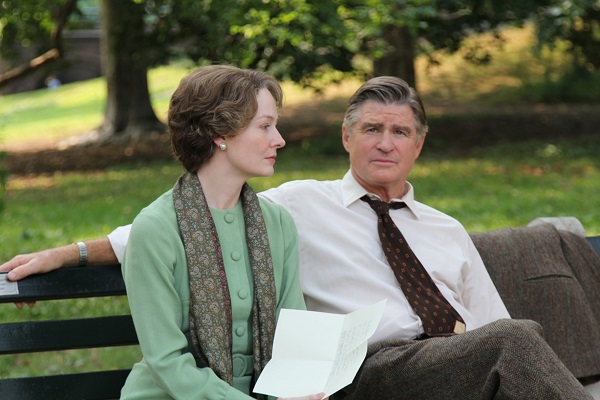 The film starts in New York with Elizabeth Bishop (Miranda Otto) in the middle of a creative rut. To find some inspiration, she goes on a trip around the world. The next time we see her she is visiting her friend Mary (Tracy Middendorf) in Brazil. In these first five minutes, we are given a strong sense of her loneliness, shyness, and lesbian sexuality in one particularly direct shot where she ogles the ample form of a cleaning lady. At this point she meets and quickly falls in the love with the partner of Mary; Lota De Macedo Soares (Gloria Pires). This love triangle between the three women largely setups the drama for the rest of the film.

Lota is a complete counterpoint to Elizabeth in almost every way. Lota is boisterous, direct, and commanding with her presence while Elizabeth struggles in social situations due to her own anxieties. The film largely focuses on the interactions between these two almost diametrically opposed women as their relationship develops. We see these two women encounter and attempt to overcome their various internal conflicts including alcoholism, anxiety, and jealousy… all with the backdrop of post-WWII Brazil. 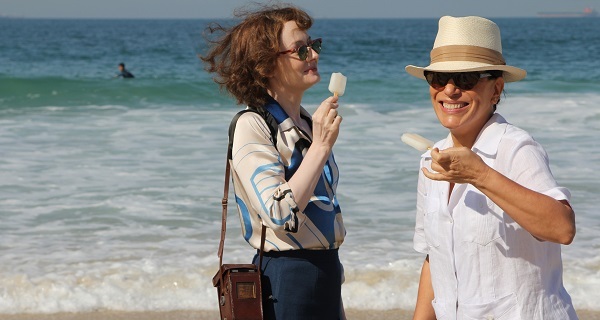 The narrative is subdued in its scope as although major historical social events occur in the background, such as the 1964 coup in Brazil, the focus is largely on the effect these events have on the relationship between Elizabeth and Lota. The director obviously intended to hold the audience solely with the drama that plays out with the clashing personalities of the main two women. To his credit, the two actors have great chemistry and it certainly held my attention throughout the film but this can be a bit disappointing, however, for those who expect their biographical dramas to place the chosen persona into a wider context.

Altogether the narrative works and can hold your attention if you’re willing to follow along with the drama of these clashing personalities. My one gripe is that the script repeatedly introduces new elements and themes to the audience, but then fails to develop or give a conclusion to them. Two examples of this are Lota’s father and the child Lota and Mary adopt together. These characters are introduced, participate in a couple of scenes and are then never seen or heard from/about again. These individuals and circumstances are framed only through the relationship of Elizabeth and Lota, which effectively means that certain moments and actions can appear quite contrived in the story. The script would have done better to focus on one or two overarching themes instead of overreaching in its scope. Perhaps they should have reached for a low orbit satellite? (Da dum tsch) 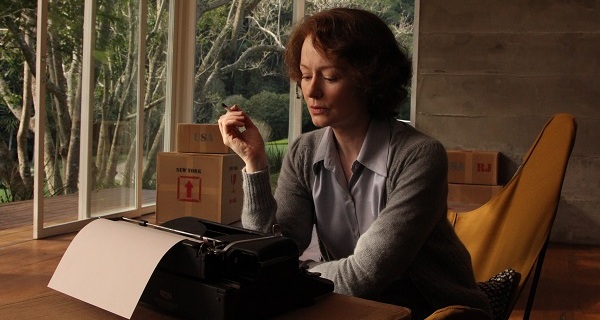 One thing that certainly impressed me about the film’s narrative and script was the realistic and respectful representation of the theme of mental illness and its symptoms. Elizabeth’s social anxiety and Lota’s depression were handled extremely well by the film as each woman attempted to come to grips with their idiosyncrasies. This film does not portray the disruption of mental health as a tragedy to be overcome by the protagonists, as if often the case in film, but rather a constant presence which has its ups and downs. In my opinion, it certainly handles the topic with more respect than another recent film. 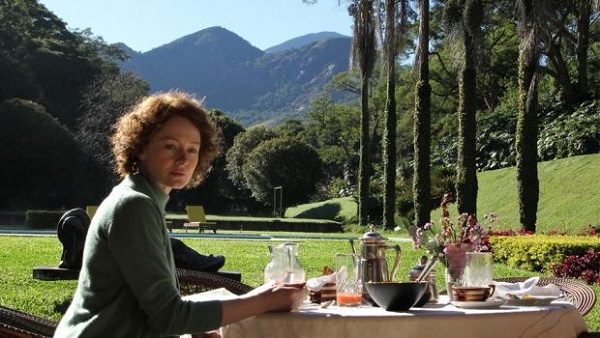 The visuals can be quite gorgeous with wonderful cinematography of the city of Petropolis and the surrounding Brazilian countryside. However, since the focus is on the relationship of the two main characters; scenes are rarely set outside the home of Lota. The house is wonderfully designed with a quintessential 60s style to its architecture and interior design but after the umpteenth time looking at the same set, you can start yearning for something different to hold your attention… especially if the drama isn’t doing it for you.

The editing as well was heavy handed at times, as metaphors and symbolism were being constructed rather haphazardly with abrupt cuts to and fro. This probably won’t bother the average punter, but considering this is a film which focuses on the life of an aesthete such as Lota Soares, I believe it would have been appropriate for some more subtle editing to be employed in the film’s composition.

The score by Marcelo Zarvos was adequate and provided a suitable backdrop to the sombre and slow pace of the narrative. There are diagetic moments in the film wherein we’re given a taste of the music from that era and location (i.e. Brazilian Bossa Nova, American Jazz) to create a burst of energy but they few and far between. It serves its purpose, but I didn’t find anything particularly memorable within the soundtrack. 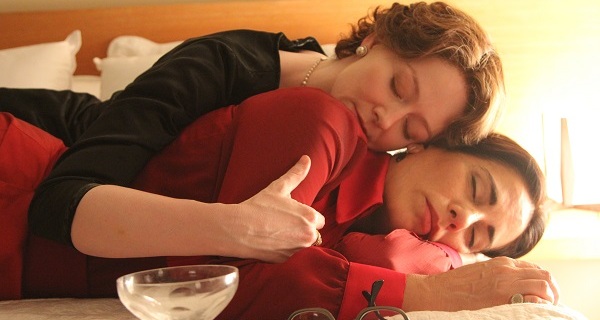 Ultimately, this would be a difficult film to recommend to most people. I was able to enjoy for the subtle drama which plays out on screen, but this is probably not for everyone. I was particularly impressed its respectful treatment of its subject matter with neither of the two protagonists being defined by their sexuality or mental illness, but rather by their creative talent and work. I applaud them for creating these in-depth characters, but I’m disappointed that there wasn’t a stronger narrative in which they could inhabit.

This is film is an acquired taste and does not easily grab your attention, but if you’re willing to work past these shortcomings then you can find some enjoyment in its quiet story. If you need more than a wonderful performance by two amazing actors to keep your attention, then probably isn’t the film for you.