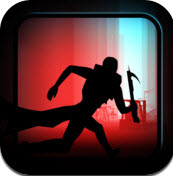 rComplex was a much beloved indie title from 2009.  EVENT Interactive has reimagined the running man’s tale to bring us rComplex for iOS. With infinite run games such as Temple Run and Jetpack Joyride cramming iTunes, can rComplex stand above the crowd? 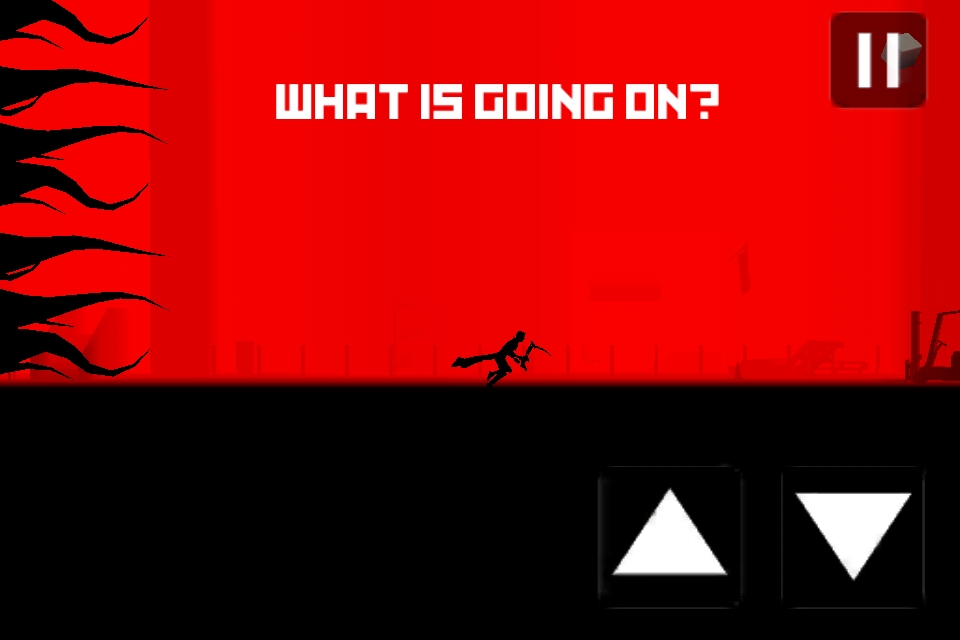 rComplex is a visually stunning experience. Bright reds, blues, and greens contrast sharply against the foreground of black. The style reminds me a little of Mirror’s Edge crossed with Limbo. On both the iPhone 4 and the new iPad, rComplex runs well with no slowdown. All slide obstacles are shown in electric blue and all jump obstacles are bright neon green. Although this is a good idea on paper, it stumbles on execution at times.  Some of the obstacles are very small or thin, such as the bicycles, the wire park benches, and the ladders and can be incredibly difficult to see in such a fast moving game. While this is annoying on the larger iPad screens, this becomes hair pulling level frustrating once the game is shrunk down for the iPhone screen. Some the obstacles are simply not designed with iPhone and iPod touch users in mind.

I have only one major complaint about rComplex when it comes to sound. I want more of it. Indie music legend Roger Hicks provided an amazing soundtrack to the game that is completely addictive and worthy of its own album release. Unfortunately the album would only reach extended play length at best. The music during game play is the same track looped over and over. It is a great track, but I want to hear more. It is utter shame to have such a talented musician provide music for the game but only provide a small handful of tracks. I liken the experience to not eating all day and smelling a great feast being cooked up, then sitting down at the dinner table and being handed a small sampler plate. To say it’s a disappointment would be an understatement.

The only other issue I have with rComplex’s audio experience is the voice acting. It can be a hit or miss experience, there are moments when the voice actor doesn’t sound natural or convincing when delivering his lines. Most of the time, the voice acting is passable, but those awkward moments can be a bit of a shock to the system. 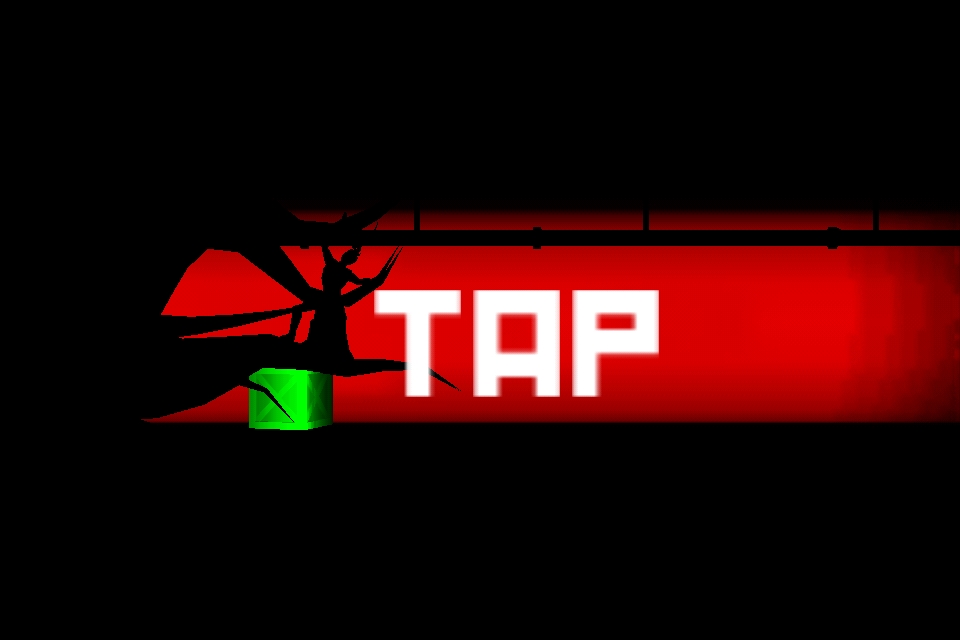 If I could section off the first three levels of rComplex and call it a game, I would immediately hand rComplex 10 capsules out of 10. If only. The game play is simple yet incredibly fun and addictive. You play the running man who wakes up without his memories with a giant wall of tentacles forever chasing you. Leap over, slide under, or swerve around obstacles as you make your daring escape on foot and on motorcycle. When the tentacles come too close, fire off one of your precious few remaining shotgun shells at the tentacles to beat them back for a short time. And when it comes down to it, you have one scythe blade to cut yourself free from the tentacles’ deadly grip. If you are lucky, you will be able to scoop up three more rounds for your shotgun or a new scythe blade. Once in a while you will be able to slide into Zen mode and the tentacles will fall back, allowing you to concentrate on dodging obstacles. Hit one however, and the tentacles come rushing back for your flesh. The story is told through a short comic book style cut scene in the beginning of each level and small flashbacks retold by the running man as you collect memory blocks throughout the run. Although the story is not deep or involved, it’s a nice addition to spice up the game. 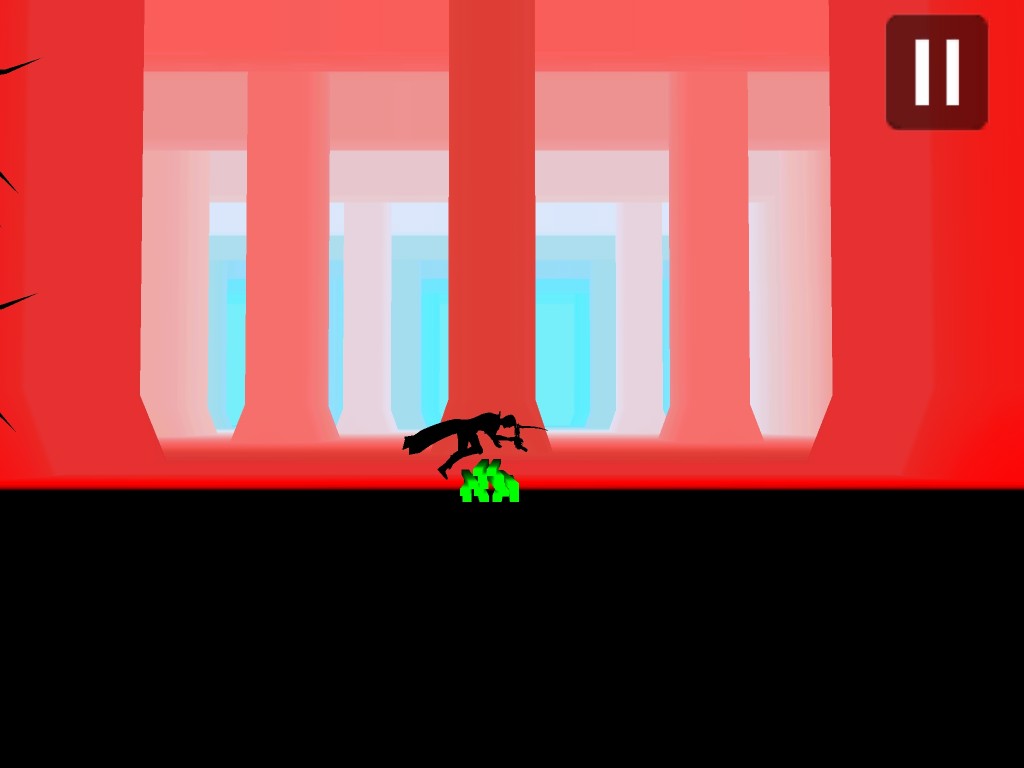 Controls are available in two forms, tap buttons and slide. Tap provides two buttons, one for jump and one for slide. The longer you hold them, the further and higher you jump or the longer you slide. I personally prefer this control scheme for the smaller iPhone screen. However for the larger iPad screen I prefer the original slide touch controls. Slide up for jump, slide down for sliding. I personally find the buttons are simply too big and unwieldy to be comfortable on the iPad. Tapping the tentacle monster on the left side the screen will shoot the tentacles on both control schemes. The controls are well thought out and work well in rComplex.

In the first few levels, the game is enjoyable and challenging. There is enough difficulty that you will fail a several times, but not enough to have to fight off the desire to hurl your Apple device into the closest hard surface. But eventually, the difficulty ramps up so high, progressing becomes a matter of sheer luck. The problem lies with the speed obstacles rush towards the running man, the difficulty seeing certain obstacles, and the sometimes shoddy collision detection. A recent patch zoomed the camera back further to lengthen the time players have to react, but it is simply not enough. I also noticed slide obstacles are more forgiving than leap obstacles. But worst of all, there are the odd times your feet clear the jump obstacle but somehow the running man goes face first into the ground. There is great potential in rComplex, but game play issues severely hamper the rComplex after several levels. 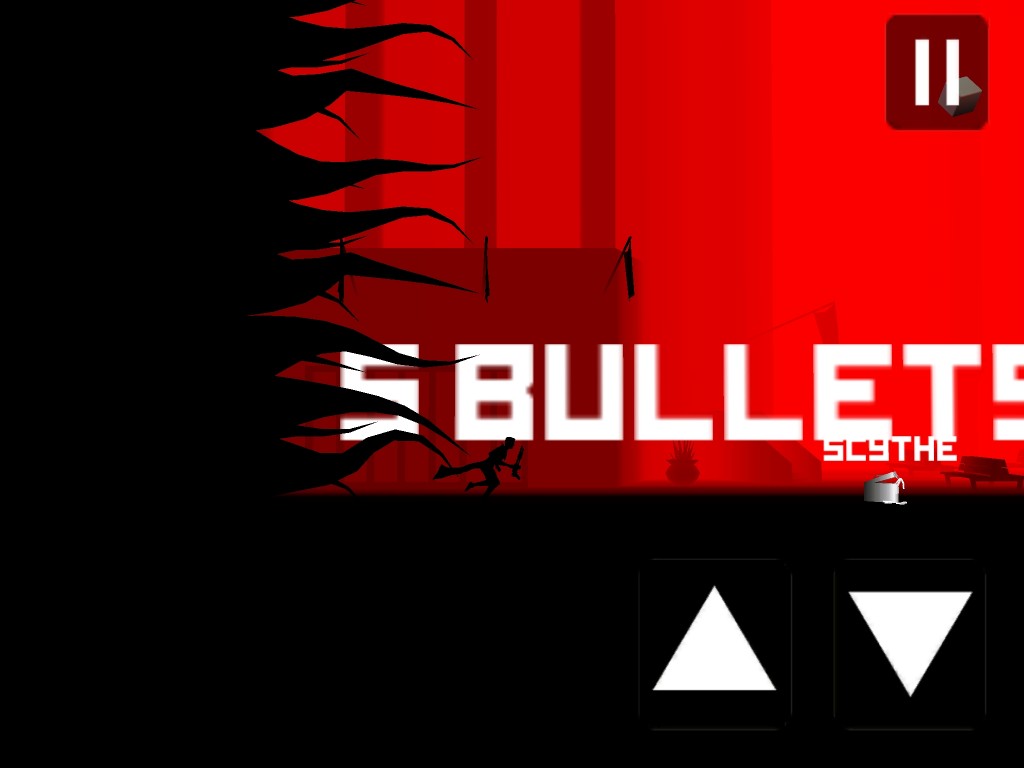 rComplex is an enjoyable game with some serious flaws. It has flashy visuals with a great soundtrack, but needs more music than the same song played over and over ad nauseum. Too much of a good thing does become a bad thing. The game play is incredibly fun in the early levels, but once the difficulty ramps up, it becomes practically impossible to progress. The rComplex is advertised as a game for players with dexterity and mental perseverance, but in later levels, it feels more like a game for the lucky and the borderline masochistic. Thankfully the developers are actively in the midst of addressing the gameplay difficulty. However, until these problems are ironed out, gamers without robotic reflexes and eagle eyes should think twice before purchasing.