The controller for a console is an accessory that is overlooked by a lot of gamers. Many stick with the one they have – or choose the cheapest option – but it’s when you feel a great controller in your hands that you finally know what you are missing. The Razer Onza Tournament Edition gives Microsoft gamers everything they ever wished for in a controller: it’s customisable, durable, responsive, and sleek.

Obviously, the Tournament Edition is catered more towards professional gamers and e-sports events such as the World Cyber Games. However, I don’t think casual gamers should be daunted by this label of it being a “professional” – this controller has plenty of potential to flow on to mainstream players who are seeking an alternative to the standard Xbox360 controllers or current third-party ones. 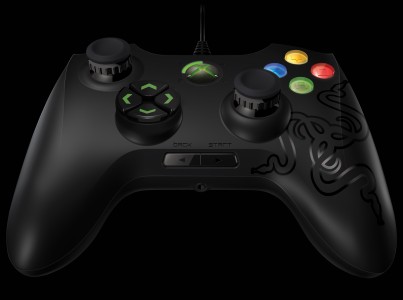 To start with, let me just say that the controlleris absolutely beautiful. Before I even got to play around with it, I couldn’t help but think how good every aspect of the controller looked. From the slim triggers which give the controller a sleek yet powerful appearance to the Razer logo tattooed on the right side of the controller which gives the controller a brilliant finish, everything just is aesthetically brilliant. The backlighting (which isn’t included in the original Onza) makes the controller come alive and almost radiate; throw this all in with the font Razer selected, and the Onza TE truly is a visual masterpiece.

The first thing I noticed when I held the Onza TE is how well the contours fit into the shape of my hands. The controller has a streamlined feel and the rubberized texture ensures the controller doesn’t slip out of your hands easily (a problem I’ve had many a time with my standard X360 controllers). The bottom of the controller has a nook for your middle fingers to go so you can easily access the triggers without straining too much, and – because the controller is slimmer than the standard Xbox360 one due to the lack of a battery compartment – the analog sticks are far easier to reach. 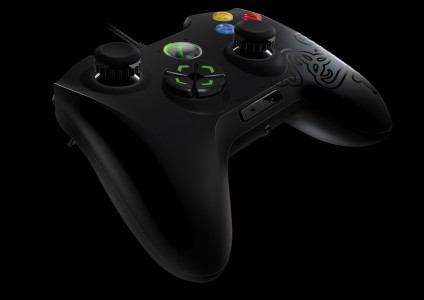 The ergonomic design of the controller means it fits perfectly into the hand.

That’s just the start of it, though. Not only does the controller look stunning and feel fantastic in the hand, but the controls themselves work like a charm. The action buttons are hyper-sensitive, which can feel strange at first – when I pressed them for the first time, I wasn’t really certain that I was actually pressing them, and they feel a bit like clicking the buttons on a mouse – but after a bit of getting used to I have to say these buttons are far better than the buttons that come with other controllers. With the Onza TE, I felt the strain between my right index finger and thumb lessen noticeably in games like Final Fantasy XIII which require repeated mashing of a button.

The D-Pad also feels a lot sturdier and pressing on the directional buttons yields a far better response than on standard and third-party 360 controllers. Often when I’m using the Microsoft 360 controller the D-Pad doesn’t respond one hundred percent of the time, but that was never an issue with the Onza TE. The vibrations also feel more intense and immediate on the Onza TE as compared to other controllers; I was surprised the first time my Onza TE vibrated, because I was so familiar with the dull vibrations on my standard controller. It’s nothing which makes or breaks a controller, really, but it’s nice to have.

Of course, much of the responsiveness in the controller can be put down to the fact that it’s wired. Many people find wired controllers a bit of a pain (I, for one, hardly ever use wired controllers) but I really grew to like the wire on Razer’s new controller. It sports a braided cable which keeps the wire from getting worn, and the length (15 feet, or just over 4 metres) is ample enough so you can take it anywhere you need to. Wireless controllers do tend to lose responsiveness if they’re taken too far away from the console anyway, so really you’re not missing out on much if you have a 15 foot long cable on a wired controller. 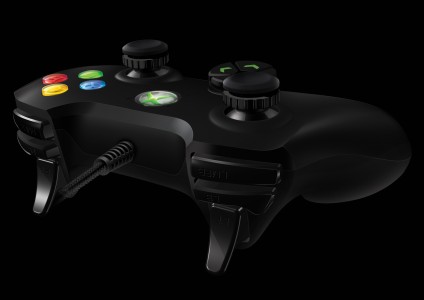 The braided cable enhances the responsiveness of the Onza TE

Another great pro that outweighs the con of having a wired controller is the customisability of the Onza TE. Razer is notorious for allowing the players to customise their gameplay, and this controller is no different. Firstly, the controller offers a left and right multifunction button (MFB) just above each set of triggers. Players can assign any button to the MFB, and it allows for tailor-made gameplay depending on which game you’re playing. In Mass Effect 2, I remapped my Y button to my RMFB and the X to my LMFB to allow for quick access to skills and reloading. It worked a treat and my game ran far smoother because of it. Also, I really disliked the position of the Start and Back buttons on the controller – they’re too difficult to reach in my opinion – so being able to move those buttons to the MFB really meant I didn’t have an issue.

All the PC gamers must be getting slightly jealous at all of these goodies Xbox 360 players are getting, but fear not: Razer hasn’t forgotten you! The Onza TE is fully compatible with the PC (the controller uses a USB so it can easily plug into your desktop or laptop), and all the benefits Xbox360 players receive are instantly transferred to PC. I played a bit of Assassin’s Creed with the Onza TE (and a bit of Hearts and Solitaire too, just for kicks!) and found all the features of the controller applied just as well to my PC games. If only Razer could make some sort of hybrid controller for WoW and other MMO’s, and I’d be set! 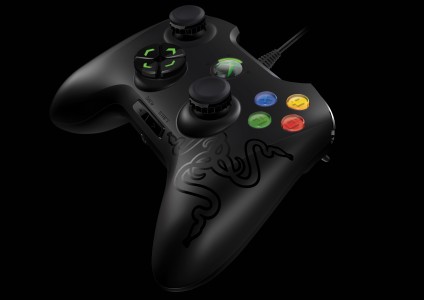 The headphone jack at the bottom allows for online gamers to easily chat.

The Onza TE is, of course, made for online gamers as well as offline gamers, so a 2.5mm microphone jack is included. However, the Microsoft Chat Pad isn’t compatible with the controller so all of those who want to play and type at the same time should stick to using it on a PC (or just chat through a mic, like the rest of us!).

The customisability and responsiveness of the Onza TE makes it an absolute delight to game with, and both casual and hardcore gamers will find plenty to love in this controller. However, what really sold me was that Razer could make a controller which looks as stunning as it plays. The current Xbox360 controller market is slim and I – like many other gamers – have stuck to the standard Microsoft one. However, I think once the controller is released I may have to award it the highest accolade a reviewer can give anything: I’m going to buy one.

I give the Razer Onza Tournament Edition

This just in – I checked the Razer Australia site and there appears to be a Dragon Age II Collector’s Edition controller. Sign me up!