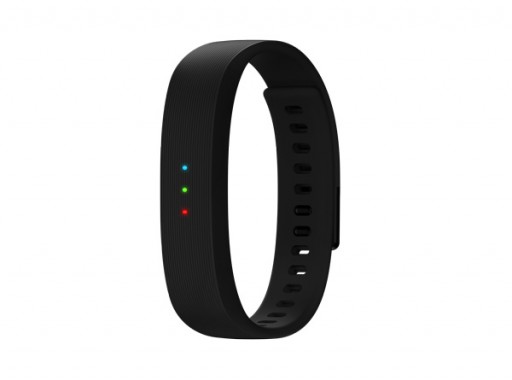 
Razer made a huge wave with the announcement of their Nabu Smartband at CES 2014. It sported all the usual features in a wearable, but also boasted deep social functions and an open SDK.  At CES 2015, Razer announced the Razer Nabu X would serve as a cheaper entry level sibling of the Razer Nabu, shedding the OLED screen in favour of three LEDs to cut the cost in half. Surprisingly, Razer has managed to get the Nabu X out the door before its older brother, which is still in limited testing through small batch sales. 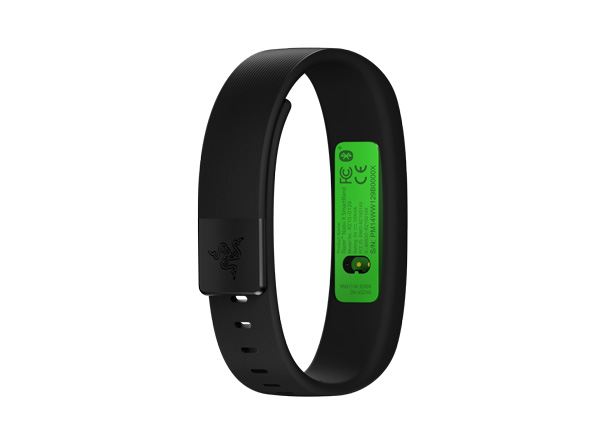 The Razer Nabu X is humbly packaged in clear plastic, with the Smartband prominently displayed on the top half of the box. Underneath is a smaller box that contains the small USB charge cable and usual Razer pack-ins of a small manual, a message from Razer CEO Min-Liang Tan, and a Razer sticker. The Nabu X itself comes in two parts. The brain itself is a small module measuring a little over 4 cm long and 1 cm wide. It fits into an adjustable silicone band. The Razer Nabu X will eventually be available in black, white/gold, and Razer green, but as of publishing, you can have it in any colour as long as it’s black.

The silicone band is very soft feeling and slightly ribbed. It is a tad sticky and has a habit of collecting lint when stuck in a pocket. The band can be adjusted by snapping the clip into two holes in the band. The band is extremely flexible in sizing, with the smallest setting probably enough to fit a ten year old’s wrist. I was a little leery about the clasp, as bands using a similar closure system have a tendency to come apart rather easily. In my testing, I only managed to accidentally undo the clasp twice. There is a plastic cap at the end of the silicone band that does a great job of preventing the band from catching on things and coming undone. In the two times I managed to unclasp the band, something got caught in between the clasp to pull the band apart. 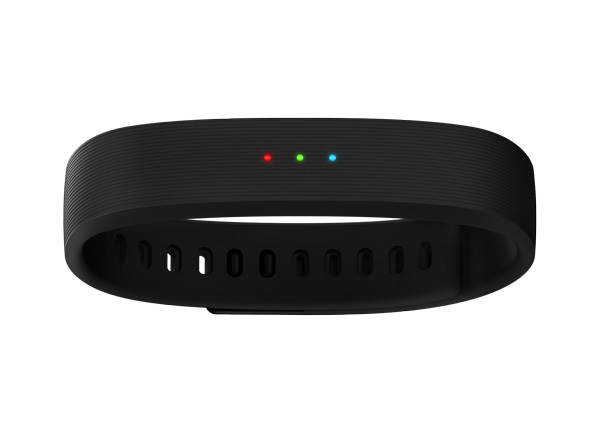 I noticed the plastic cap seems to be some sort of coated plastic. Within a few days, I could see the edges of the clasp had started to wear away, revealing a grey plastic underneath. Small black flakes are definitely chipping off when I rub it with a fingernail. It’s not a huge problem when the plastic clasp is black, but I expect the chipped parts to be a lot more obvious with the white/gold band.

The Razer Nabu X unit comes packed with a cylindrical vibration motor, an accelerometer, and three LEDs capable of displaying red, blue, and green lights. The bottom of the band has a small proprietary plug to charge the band. I’m not really a huge fan of proprietary cables as losing or breaking a standard USB cable means a quick trip to the local computer store, instead of a lengthy wait for a proprietary cable to be sent out. The battery is rated to last 5-7 days. In my experience, it’s an accurate, if not slightly conservative estimation. The unit recharges very quickly. I charged the Nabu X at around 50% and when I came back a half hour later, the unit was fully charged. The Razer Nabu X is rated at IP67 water resistance, which means it can take a dip in up to 1 meter of water without issues. I had no problem hopping into the shower with the Nabu X, which I found to be a great way to clean off the accumulated lint on the band. 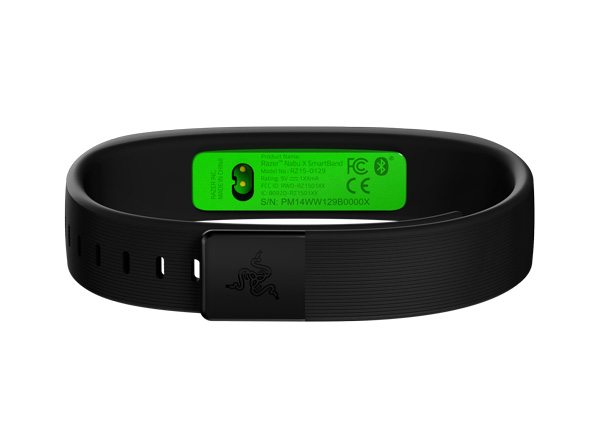 The installation process is pretty painless. The device is shipped in some sort of hibernation mode. To boot up the Razer Nabu X for the first time, I just needed to plug it into a powered USB port. I had to install the Razer Nabu X utility from the iTunes App Store, though Android users can get theirs from the Google Play Store. The big draw with the Razer Nabu ecosystem compared to other Smartbands on the market is Razer’s open software and the Nabu’s social features. As part of this multi-app design, the Razer Nabu X utility strictly manages the band and provides a small app marketplace. Fitness data is handled in a separate app. As of publishing, the iOS marketplace is extremely bare. Things are looking a lot better on the Android side, with a decent number of third party apps already populating the maketplace. Razer is attempting to incentivize developers with discounted developer units and store credit for apps, so with hope, the iOS app store will start to grow soon.

Razer’s fitness app currently tracks calories burnt, steps taken, distance travelled, and hours slept. It isn’t really clear how the calories are calculated, but it is probably safe to say the distance is calculated based on steps taken. Like most wrist based pedometers, the Razer Nabu X is genereous in its pace count. I compared the data against a more accurate pedometer clipped to my belt and the Nabu X would be off by anywhere between 300-1000 steps. I noticed car rides usually were the cause of the insanely high step counts. 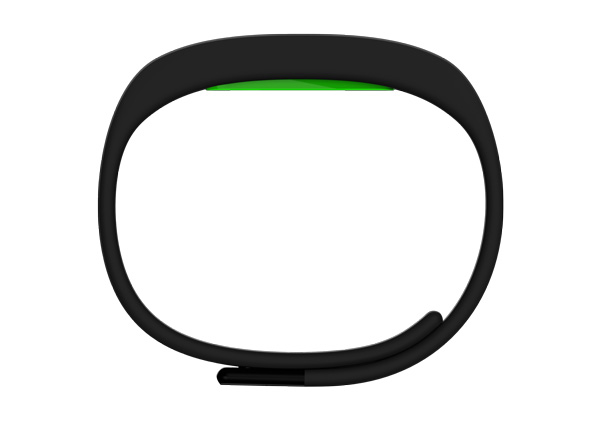 The sleep tracking has an automatic tracker. The user needs to set a period of time they normally sleep and the band will automatically set itself to sleep mode when it detects no movement and then turn it off once it detects excessive movement. Those who have erratic sleep schedules will need to manually enable and disable sleep mode in the app. The band has an alarm that will trigger vibrations in the band at a set time. The user can set a repeating alarm, but I was quite surprised to find there is no smart alarm option in the app that wakes the wearer while they are sleeping lightly within a certain time window.  Many of its competitors provide that function, but it looks like I am stuck hoping a third party developer will pick up the slack.

The Nabu X uses three LEDs to show what type of alerts are being received on the paired phone. Alarms, phone calls, and notifications can be set to blue, green, and red LEDs. Unfortunately it is not possible to choose combinations of those colours, so the choices are pretty limited. Double tapping the unit will trigger the LEDs to display either the battery level or the progress for the day’s fitness goals. I found double tapping was a hit or miss, as tapping too lightly or too quickly would not trigger the display. Out of the box, the band can share Facebook and Twitter information with other bands when the Razer Nabu X Utility application is open in the foreground. It’s a bit of a pain and little socially awkward to open an app and then shake a person’s hand you’ve just met to trade Facebook and Twitter information, but it is faster than having to search a person out on each app. 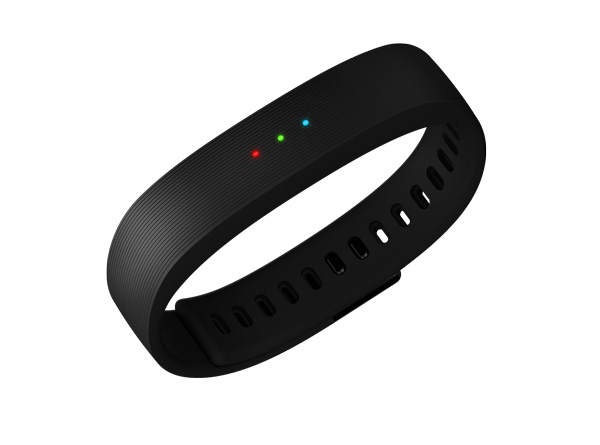 In my testing, the Razer Nabu X experienced occasional signal drops where the band would lose connection for a second, vibrate, and then reconnect. The manual states that Bluetooth and WiFi signals can interfere with the signal and recommends that the user avoids other signals whenever possible. A firmware update that was issued part way through my testing did improve the disconnection problems a bit, but I was still experiencing a drop every three to four hours or more, depending on the environment.

At $49.99 USD, the Razer Nabu X is inhabiting a rather interesting price point. It is half as expensive as its similarly featured Western-designed competitors, but twice as expensive as its Chinese-designed competitors. The social functions and open ecosystem does quite a bit to add value over its Chinese competitors, while the price point completely smokes most of its Western competitors. However, it is obvious that Razer is still ironing out the kinks in the software and has ways to go to grow its app marketplace. The utility of the three LED system is extremely limited, especially when considering the multitude of possibilities the open SDK holds. There is only so much information three LEDs and three colours can convey in an understandable manner. It makes me wonder how serious Razer is about maintaining the Nabu X’s current design as the entry level band in the long run, especially with the OLED-equipped Nabu’s release looming in the imminent future. I honestly spent a lot of time with the Nabu X thinking “this is pretty handy, but having the OLED screen would be so much better…” 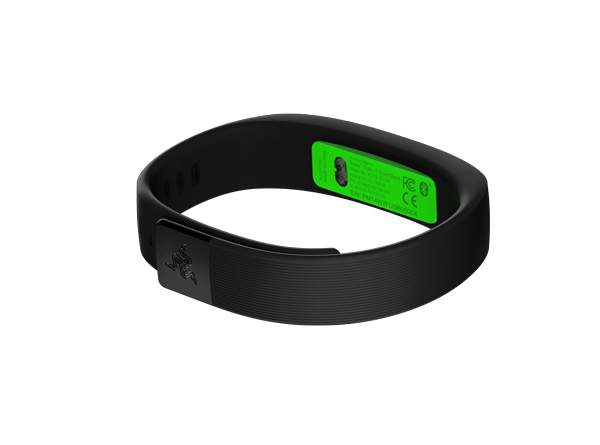 The Razer Nabu X is a decent first showing for Razer. The software is still in its infancy and the app store is sparse. Razer will need to pour more development into the software before it is ready for prime time. The hardware is a bit simple, especially with the three LED notification system.  If you are looking for an affordable and simple smart band to track your metrics and to alert you of notifications on your phone and are willing to take a gamble on being an early adopter, the Nabu X is an extremely intriguing choice.