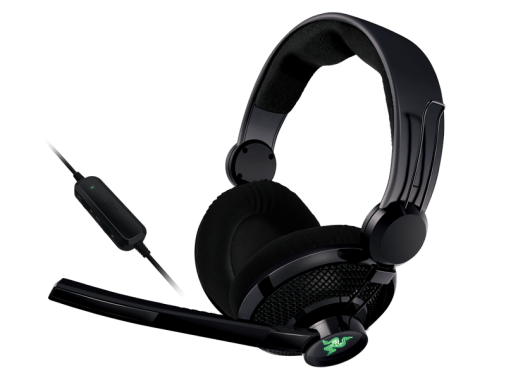 The Razer Carcharias is Razer’s entry-level headset. It is a full sized over the ear closed headphone with a unidirectional microphone. The Carcharias is designed for use with the PC and Xbox 360.

The box greeted me with a wonderful surprise. Razer took the extra step to provide all necessary cables for the Carcharias to work with both the PC and Xbox right out of the box. With the introduction of HDMI during the older and fatter days of the Xbox 360, owners were suddenly needed an extra audio cable to access the RCA or optical out. Things did not get much better when the Xbox 360 Slim was released. Although an optical out port was now found in the back of the console, those who used stereo speakers or headphones still needed to purchase an extra dongle. In the box, buyers will find the usual Razer paperwork, a chat cable for Xbox Live, and the dongle required to connect the Carcharias to the Xbox 360 when an HDMI cable is connected. The dongle is a great pack in considering they usually cost a couple of dollars at bare minimum on sites like Monoprice or DealExtreme. 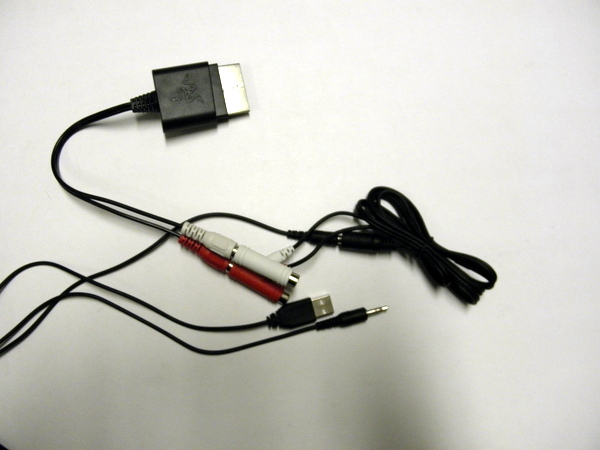 The Razer Carcharias has an extremely generous 3 metres of cable that should have no problem reaching most home entertainment or PC set ups. The in line remote is located almost a meter down the cable and has three dials to control the game volume, chat volume, and bass level. Additionally, the jack for the Xbox Live chat cable and a switch to mute the headphones are located here. A green light that signals the status is also located on the in line remote, on means the microphone is recording and off means mute. I really liked this feature as I could quickly glance in a darkened room to see if my microphone was muted or not. I did not like how far down the in line remote was located down the cable. Sitting up on a computer chair, the in line remote would fall onto the ground. Although this is less of a problem for couch or recliner sitting console players, this can spell an early death to swivel chair using PC owners. In the span of my testing, the Razer Carcharias encountered a few brushes with death under the wheels of my chair. 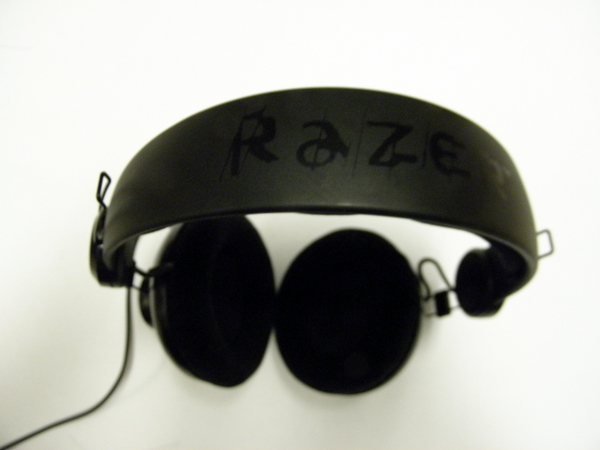 The headset is extremely light, something that is actually good in a gamer’s headset. I could wear the Carcharias on my head for hours at a time with no discomfort. There is a generous amount of soft padding on the top of the headphones. The clamping tension is on the lighter side of the spectrum, opting to rest the weight on the top of the headphones. The size of the headset is easily adjusted and there is lots of room for the smallest to largest of heads. The ear cups are rather shallow, so the ears will rest against the inside surface. The padding around the ear cups is soft and is covered with a comfortable velour or microfiber type material. The headset allows moisture to escape, allowing for long gaming session without sweaty ears. 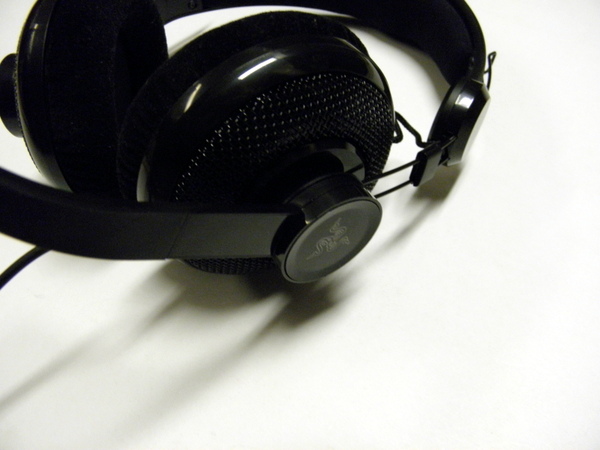 The sound quality is very good for the headset’s price range. The bass reproduction is excellent. The highs are decent but the mids struggle a little in comparison to the excellent bass. The adjustable bass levels span allow the bass to go from practically non-existent to overwhelming. Like many of Razer’s auidio offerings, bass heavy music genres like dance music and hip hop shine.

The biggest problem with the Carcharias’ audio quality is the noisy in-line amp. When no audio is playing, there is a very audible hiss. When there is music or an intense gaming session going, the hiss is inaudible. Because the headset is designed for the Xbox 360, some sort of in line amp is required.   Some level of background noise is expected for a headset of this price range, but I found the Carcharias to be one of the louder headsets of this type I have listened to. 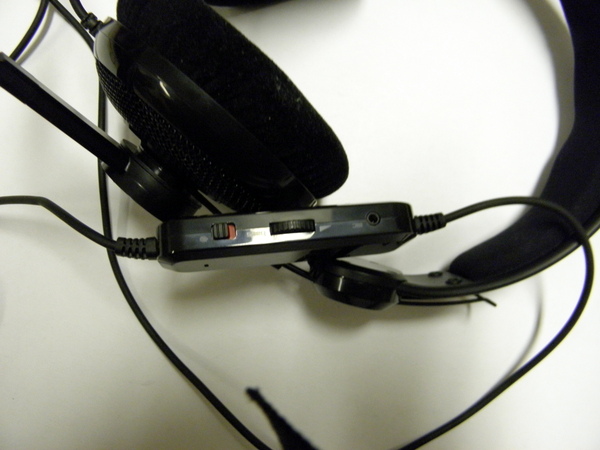 The game volume and chat volume switches only work for the Xbox 360. There is no onboard USB soundcard on the Carcharias. This means it is impossible to independently adjust the volume of VoIP applications and games as both programs feed through the 3.5mm audio cable. The only way around this problem is to plug in an Xbox 360 controller into the computer and route the VoIP’s sound through the controller. 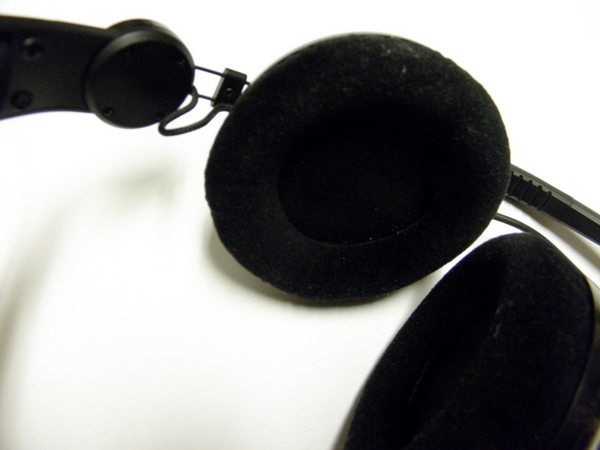 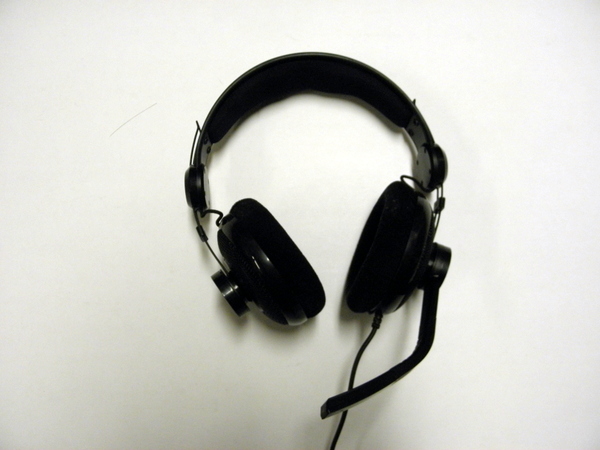 For $69.99, Razer delivers a solid Xbox 360 headset. Unfortunately, the headset may be a jack of all trades, but it is only a master of the Xbox 360. The microphone leaves a lot to be desired on the PC. The sound quality is good for a headset at this price range if the white noise is ignored. The hiss is tolerable if you plan to use the same headset between the Xbox 360 or only plan on using it strictly with the console. At this price range, console headsets need an in line amp that produces a bit of background noise. If you are looking for a headset strictly for PC use, I recommend checking out a headset without an in line amp to avoid the ever present hiss.