The days of cheap 20 dollar headsets are long dead. Good riddance. Today, headphone makers are realizing that gamers actually appreciate a good set of cans with a solid microphone attached to it. Razer brings out their latest offering to the gaming headset market with the Battlefield 3 – Razer BlackShark. Priced at the popular $129.99 USD price point, Razer has some big competition in the gaming headset field, including their own previous offerings. Can the Razer BlackShark take a bite out of the competition?

The Razer BlackShark comes in a large hefty box with the Battlefield 3 motif in full swing. Inside are the traditional Razer information package, the Razer BlackShark headset, and two extra accessories for the headset. The headset itself it designed after the headsets worn by military attack helicopter pilots. The BlackShark is an incredibly cool looking headset. The headphone cups are an extremely dark navy blue that looks almost black in lower light conditions. This is accented by orange cabling, metal construction, and black leatherette ear pads with an orange inner material. 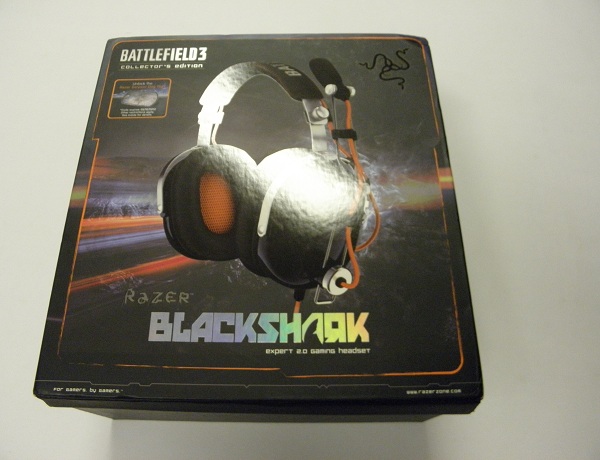 The first thing that surprised me was that the headsets were actually smaller than I expected them to be. They are extremely light weight and fit around my ears perfectly. Being Asian, I have pretty small ears and I found the fit to be just perfect. Those with larger ears may find themselves trying to cram their ear lobes into the cups comfortably. Initially, I found the artificial leather used in the ear padding to be a little sweaty after five or ten minutes of wearing them, but surprisingly the problem did not worsen over time like I expected. I found myself able to wear the headphones comfortably for three to four hours at a time without any problems.

The side adjustment for the headphones is a little fiddly. The headphones extend up and down and a thumbscrew is tightened to secure the headphones at the desired length. One side of the headphones could be screwed down tight, but I found the arm still slipped up and down. I found that once the headset was on my head, there was no slippage. However, the inability to screw one side down annoyed me slightly. I found the aviator style microphone boom to be one of the best microphone setups I have ever encountered. Instead of using the bendable wire or a piece of plastic with a small length of bendable area for adjustment, the boom is constructed from metal rods with two joints. Once I found a position I was happy with, the microphone did not move at all. 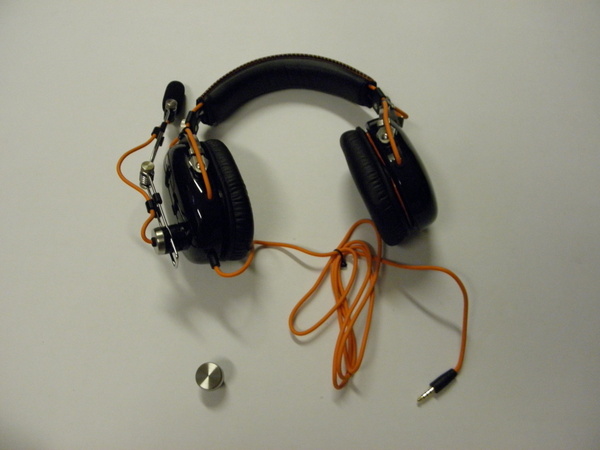 The Razer BlackShark headset is a stereo headset driven by two 40mm drivers. The cable ends with a single 3.5mm TRRS plug that is compatible with mobile phones, portable game devices, and some laptops. For those who use soundcards that have a separate audio and microphone plugs, a conversion cable is included with the BlackSharks. The microphone is removable and the final accessory with the BlackShark is a hefty metal plug that will cover the exposed microphone jack at the side of the headset, allowing the BlackSharks to double as a stylish set of cans for on the go listening.

One thing I found extremely confusing was the lack of an inline mute or volume switch. Almost every headset I have owned from 20 dollar LAN party beaters to expensive $250 gaming headsets have all had some way to control the volume without going into the computers setting. I suspect that this was omitted In favour of a straight cable due to fact the designers were hoping that the BlackSharks would also be used for mobile devices. Although some people will not be bothered by this, I found this to be irritating to no end. A physical mute switch is one of those necessities for players who use voice activated comms or VoIP programs like Skype as their main form of communication while gaming. Although a volume dial is handy, I rank its importance slightly lower than the mute switch. I did manage to blow my ears out with the BlackSharks when switching from my Astro Mixamp to my computer’s sound card. In light of this painful event, I am happy to report the BlackSharks are capable of reproducing music at extremely high volumes with no distortions.  When dealing with the Blacksharks, I strongly recommend checking your computers volume to ensure the settings were not reset before putting on the BlackSharks! 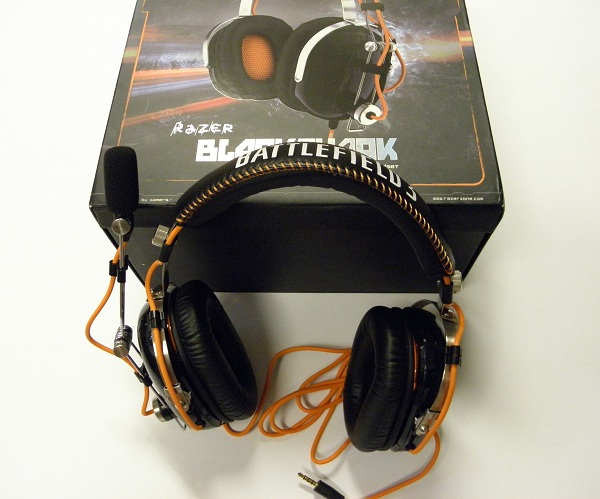 I can best describe the Razer BlackSharks as an incredibly fun headset to listen to. They are not the most accurate headphones; these are definitely not a set you will want to bring to tournaments and expect to have every possible upper hand possible. The highs are rather weak and muddy; the mids fare only slightly better. Everything seems to be drowned out by the strong bass. Crazy bass heads will enjoy the BlackSharks, but when gaming competitively, I prefer something more balanced. Being closed headphones, the BlackSharks did a fantastic job of isolating me from the noise from outside. However, by design, closed headphones tend to suffer from a very small soundstage and the BlackSharks are not immune. The BlackSharks work very well with Dolby Headphones. Although Dolby Headphones does not increase the soundstage by much, I could listen and track footsteps around me much better than without. I found this was best done when things were rather quiet. Once the gun fire drew closer, it became extremely difficult to pick up on smaller audio cues with the bass drowning everything out. 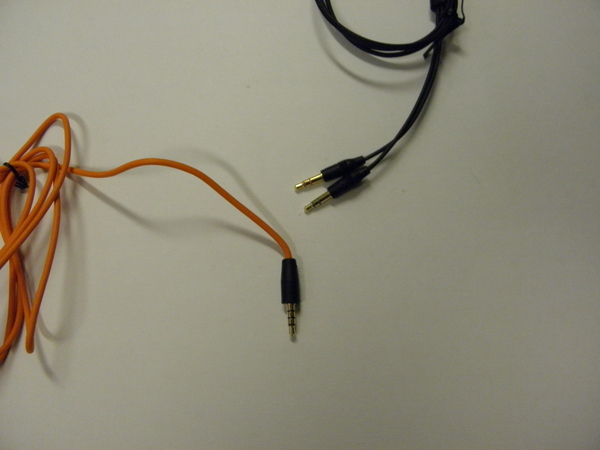 The microphone performed admirably on the BlackSharks. The microphone is extremely clear and has a decent volume without being too loud. I really appreciated the big chunky pop filter that comes on the microphone. Coming from a podcasting background, popping sounds on microphone feeds is one of my biggest pet peeves. Having the extra ugly puff on the top of microphones is something I am more than willing to deal with that having voice chat pop on every p sound.

I was particularly impressed when playing Battlefield 3 with the BlackSharks. It feels like the designers of the headset were keeping in mind the game that would share the spotlight beside Razer on the packaging and tuned the BlackSharks accordingly. Out of all the games I played, the BlackSharks probably performed the best on Battlefield 3. BlackSharks were enjoyable to listen to when watching movies. Obviously action movies were favoured due to the powerful bass, but the BlackSharks were respectable enough in more low key movies too. The BlackShark’s biggest weakness is music. The headphones did well playing bass heavy genres like dance music and hip hop. Although the highs and mids were overpowered by the bass, these genres are bass focused and work well with the BlackSharks. However, once the music changed to genres like classic, jazz, and some classic rock, the weak highs and mids became obvious. 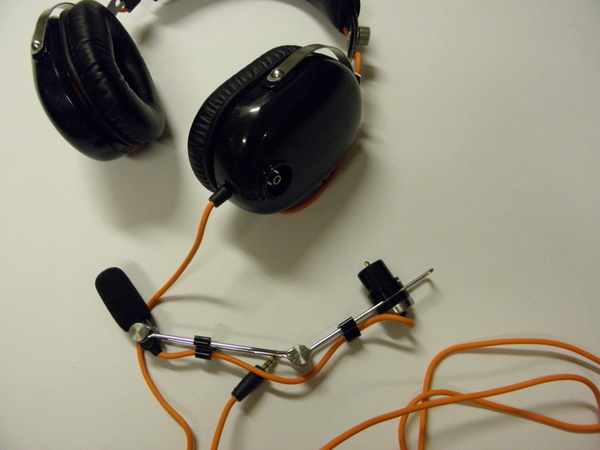 Overall, the Razer BlackSharks are a good headset. There are some serious design flaws, namely the lack of an inline microphone of volume switch, yet some good designs that more headphones should adopt, such as the aviator style microphone boom and the single 3.5mm TRRS plug that is compatible with mobile phones and portable gaming devices. However, I feel torn by the sound quality. The BlackShark is an incredibly fun headset to listen to. They are not particularly accurate or balanced. These are by no means a tournament grade headphones, but for the average gamer or bass head, the BlackSharks are a solid choice. At $129.99, there are worse headsets you could buy, but there are better ones too. If you are a Battlefield 3 player who games in a noisy environment or are a casual to average gamer looking for a fun sounding set of cans that look really cool, give the BlackSharks a serious consideration. However, anyone expecting a tournament grade or extremely well rounded headset should look elsewhere.

You can also check out our video review for the Razer Blackshark Headset below: