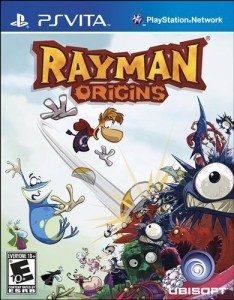 Rayman Origins sees the return to Rayman’s 2D platforming roots in style. It was first released for the consoles back in November 2011 with further releases on the Nintendo 3DS and PC in the near future. Now Rayman makes the jump to the portable scene with a release on the launch day of the Playstation Vita. The jump to the portable scene is a highly successful one. The game retains the thrilling platforming gameplay, the quirky and unique visuals, but the co-op component fails to make the leap. Despite the lack of multiplayer, Rayman Origins is an excellent addition to the Playstation Vita library. 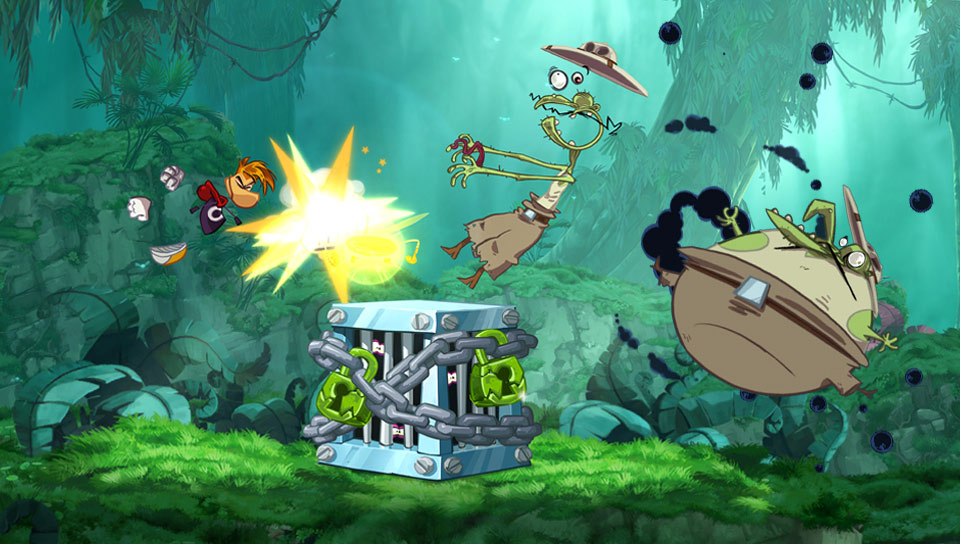 The Glade of Dreams is the scene of a terrible event. While relaxing in the Snoring Tree, an old female zombie, disturbed by the snoring of Rayman, Globox and the Teensies, decides to unleash an army of dark creatures and the head of her husband. These dark creatures decide to imprison all of the Electoons throughout the Glade of Dreams, as well as imprisoning the Nymphs. Considering this is his last straw, Rayman and co. decide to rescue the Electoons and the Nymphs so that peace is restored and he can go back to the land of slumber.

This is a game where the story is not that important, but also requires some sort of story to establish motivation for the characters to spring into action. One can not simply go and tame creatures without establishing why they are dark creatures in the first place. Don’t expect any character development or any complexity within the story, but then again, if you are playing for a story, you have chosen the wrong game. 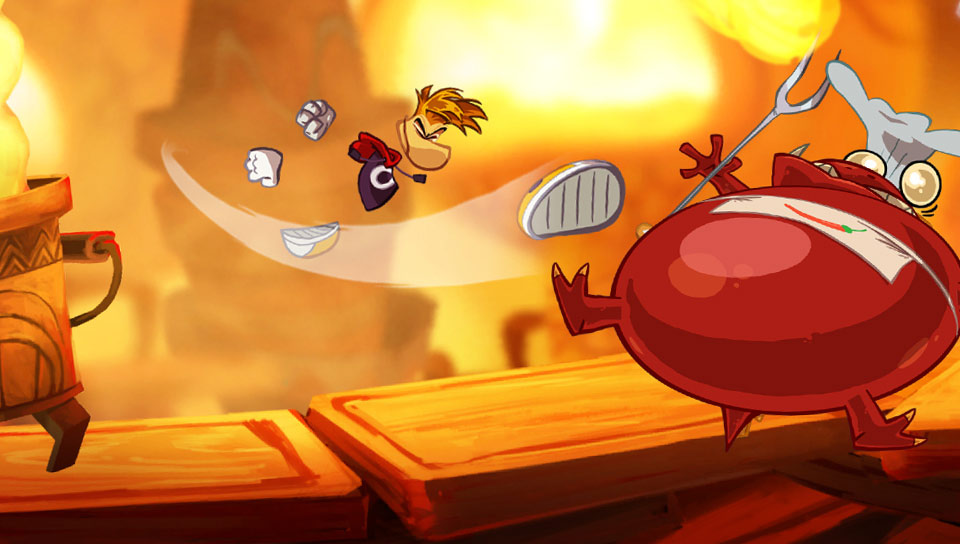 If you have played the console version of Rayman Origins, then don’t expect any difference in terms of gameplay. You have the choice of four characters: Rayman, Globox or one of two Teensies, small beings proficient in the use of magic. Players will need to free the Electoons after their imprisonment by a dark force. In order to progress through the levels, players will have to break a cage full of Electoons at the end of the level. However, each level will include another two cages of Electoons for the player to free. In addition to the Electoons, players also collect Lums, which are the coins of the game. Lum Kings double the value of the Lums for a short time, while Skull Coins add 25 Lums, if you find them. They awake with a red colour, dancing and having a good time. Collect enough Lums and the player will earn more Electoons at the end of the level.

There are over five worlds in the Glade of Dreams Rayman and co. need to explore in order to reach the being responsible for the dark creatures. They usually consist of four to five levels, with an additional level for a chance to grab a ruby tooth. After collecting enough Electoons, the nymph responsible for the well being of the area will open up the path to a new area. Before it is truly open, the player must hop on board a giant mosquito and fly across the skies to reach the new area. These flying sections do include bosses but they can be easy if you figure out their attack pattern.

The player will notice, after they start up the game, that the characters lack a few abilities. These abilities are unlocked after freeing a Nymph during the first level of each world. The abilities include attacking, gliding, shrinking in order to fit into smaller gaps, diving to explore the deep oceans and running up walls. Each ability is useful and adds another level of gameplay when you track back to get those Trophies and 100% completion rate. The touch screen makes a small cameo. You can touch any Lum or heart (which acts as a shield to damage) that is floating in a bubble, usually found after shuffling through some flora or jumping on a platform. Enemies will also turn into bubbles, allowing you to pop them with the touch of your finger. You can also pinch in and out to inspect the beautiful visuals. Just check for enemies.