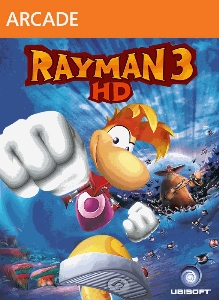 Overview
Rayman is undoubtedly one of the most classic platforming franchises ever.  Almost any person who plays video games has at the very least heard the name.  Thus, it should come as no surprise that Ubisoft is slowly updating their past Rayman games and releasing them again on this generations hardware.  Rayman 3 is the latest game to get this treatment.  Ubisoft has seen fit to polish up Hoodlum Havoc with HD graphics and other extras.  Read on to see if this classic game can hold a candle to the platformers of today. 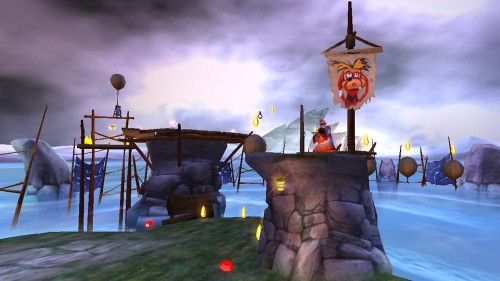 Story
Although many people will remember this story, I’ll recap the beginning for our younger members.  In the opening cutscene, a gang of bad guys  (known as Lums) are chasing  one of the Fairy Counsel members.  As the chase continues into the forest, Rayman is revealed to be asleep.  However, he is dragged to safety by the Fairy Counsel member, and they both manage to escape the Lums. However, it is soon found out that these Hoodlums have not been deterred. Their evil plan is to steal the Heart of the World and use the energy from it to create an  army of Hoodlums.  Thus, the entire world is at risk!

Although it sounds serious,  the story is actually quite goofy and cartoony.  Nevertheless, it is hilarious and very well told.  I was never once bored, and I felt like I always had a grasp of what was going on.  In addition, the dialogue is fantastic.  Although some of the jokes may be a little dated, I actually found them to be much funnier now as a result of the passage of time.  Rayman 3: Hoodlum Havoc does a fantastic job of being self-aware.  They make quite a few pointed jokes aimed at other platforming franchises, and I enjoyed that immensely. 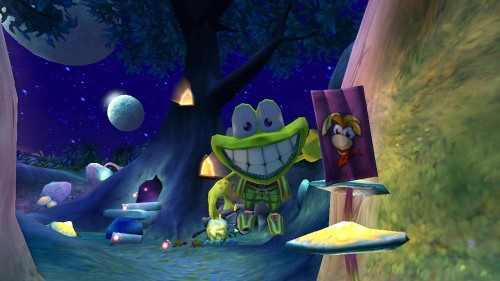 Gameplay
Other than the story, Rayman 3 also possess stellar gameplay.  You’ll traverse strange and wonderful places in your quest to stop the Hoodlums.  All the while, you’ll need to solve puzzles, grab powerups, and jump on platforms as you attempt to collect as many gems as possible.  At the end of the level, you’ll get graded on how well you did.  In addition to the amazing platforming though, you’ll also have the chance to travel across a few levels using vehicles.

Certain puzzles must be solved by finding cans of special “Laser Washing Powder.”  These cans will grant you powers, like being able to hurl tornadoes, increasing strength, or being able to fire missiles.  In addition, Rayman can also use his regular ol’ fists to find a solution.

I find that I just can not express in detail how I felt about playing this game because all I really can come up with is that I had pure fun while hopping around and getting through it.  Its not too complicated and yet it is challenging.  Its joyfully simple, and I think it taps into something that most modern games have forgotten: you don’t have make something complicated and flashy for it be to a quality product. Overall, I found Rayman 3 HD to be one of the best platformers I have played in the past couple of years. 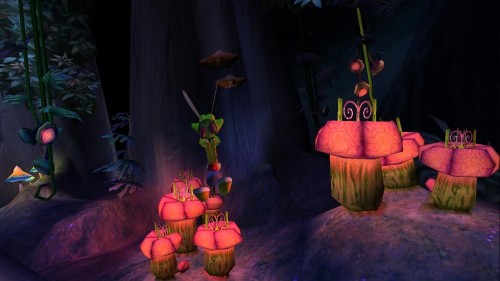 Audio and Visuals
Voice acting in this updated version is still spot on.  Plus, the music is still great, as is all the sound effects and other audio pieces. They complemented the game well.  I can’t complain about anything as far as audio is concerned.

Of course, the main new feature in this game is the modified graphics.  While the high-definition update  certainly makes everything look a lot nicer on an big HD TV, all the visuals are still pretty old and outdated.  Textures are a bit rough and all the environmental elements are not as smooth as current generation graphics.  All in all, they just still seem like they are nearly exactly like the Gamecube version. That said, it certainly adds to the nostalgia of the game and I can’t deny that seeing everything in HD makes the experience better.  But, just be aware that Ubisoft did not actually do anything to the visuals except upconvert them.  Nonetheless, Rayman 3’s visuals are still some of the best out there.  Bright colors lighten up everything and the hand-drawn art has held up extremely well. In addition, all the environements are amazingly varied. 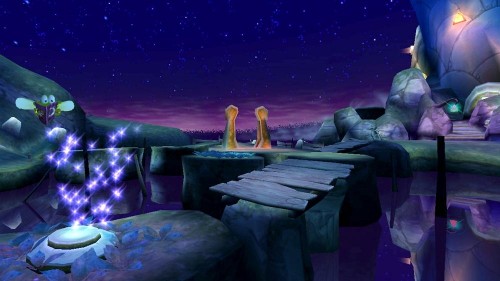 Overview
In conclusion, I highly recommend picking this game, especially if you are fan of platformers or of Rayman. Ubisoft has added in leaderboards, achievements and tons of other extras, like mingames.  However, I did notice that some of the bonus videos are missing from this version, but I guess only hardcore fans will be missing those. Some minor camera and control issues also present themselves, but being able to play this game once again with new graphics more than makes up for that.

Rayman 3: Hoodlum Havoc has finally made it to the big screen and it is well worth playing again. Classy, stylish games never cease being awesome.