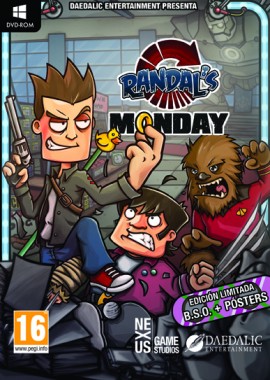 Randal’s Monday is billed as a black humour point and click adventure about a kleptomaniacal sociopath named Randal. The scoundrel steals his best friend’s engagement ring and sells it, resulting his best friend’s suicide. Now, Randal is cursed to relive the Monday over and over until he can fix his errors and save his best friend. 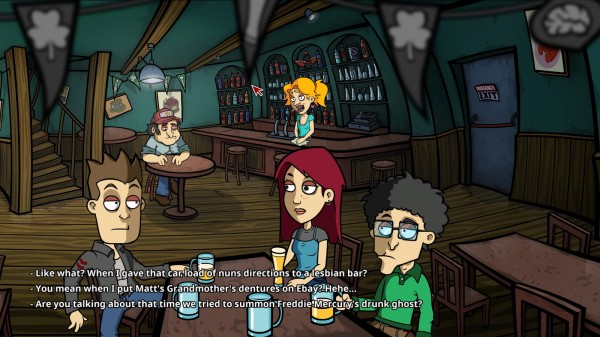 Don’t let the cartoony appearance fool you, Randal’s Monday is crass and makes no apologies for it. The game is looking to appeal to the South Park and Family Guy loving crowd by packing the script full with pop culture references and crude humour. Unfortunately, it feels like the mass of pop culture references serve to distract gamers from the bland and uninspired story. The first half is painfully boring and filled with one-dimensional characters that are easy to dislike. The game manages to pick up a little in the last third of the game for those who manage to survive that long without being bored to death. 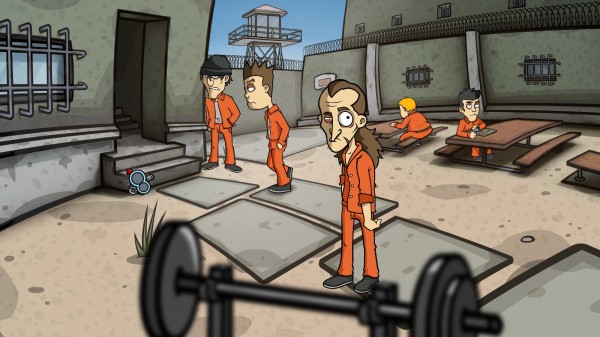 Randal is a hard to like character to begin with and does little to change that throughout the game. The writers work hard to make Randal a charming antihero, but Randal spends the entire game as an obnoxious idiot who manages a few decent lines here or there out of sheer luck versus skilled writing. The other major characters do not fare better. Randal’s best friend Matt is stupid and unpleasantly melodramatic, while Matt’s fiancé Sally takes almost the entire game to become interesting. The rest of the supporting cast does not fare better, ranging from painfully annoying like the police sergeant that hounds Randal to the completely forgettable like the pawn shop owner Mel. Although Randal is not exactly the shining example of character development himself, the repeating Mondays put a stop to almost all possibility of character development. 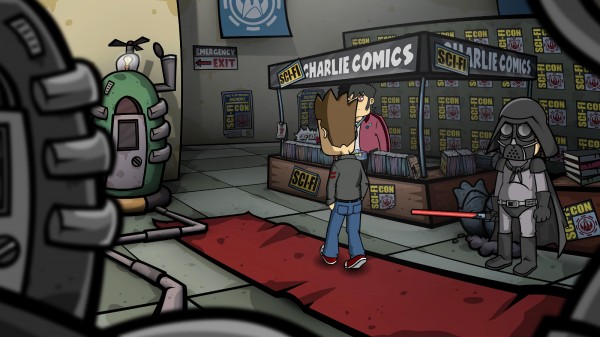 The crudeness is a hit or a miss. I don’t consider myself to be a prude by any means, but I found the crass language and crude humour to generally fall flat. Skilled use of cursing can build a great adult atmosphere in a story, but Randal’s Monday’s cursing and crude humour feels more like an adolescent experimenting with bad language and potty humour in an attempt to shock and be edgy.

If you can manage to get past the train wreck of a story, Randal’s Monday actually hides a decent point and click adventure experience. The puzzles can be a bit tricky, but most follow a pretty reasonable line of logic. The hint system starts things slow with few vague hints on what to do. If the player is stuck, they can press a button to get a full walkthrough of every action needed to proceed, step by step. The walkthrough instructions are almost flawless. 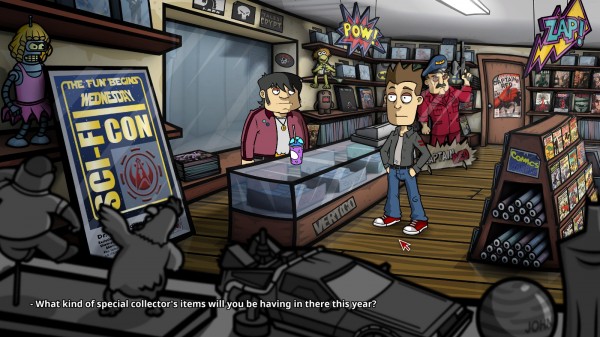 Randal’s Monday provides two control schemes, a classic and modern streamlined control scheme. Both schemes work great. The game can be played completely with a mouse, but hotkeys are provided for keyboard addicts. I do wish that key binds could be adjusted, as I found they were a little too scattered across the keyboard for my taste. The game struggles with its menus. To my frustration, attempting to scroll through long walkthroughs with the scroll wheel closes the player menu. Scroll bars must be clicked and dragged around with a mouse like it’s the early 90s. Navigating between pages of the player menu felt a little awkward, especially annoying was trying to skip through pages of hints quickly and trying to move items in the inventory around. Since the player navigates through the pages of the inventory by click the arrow normally, it is only natural to do the same when an item is selected with the cursor. Instead clicking cause the item to be deselected, which was an annoyance that trailed me through the entire game. 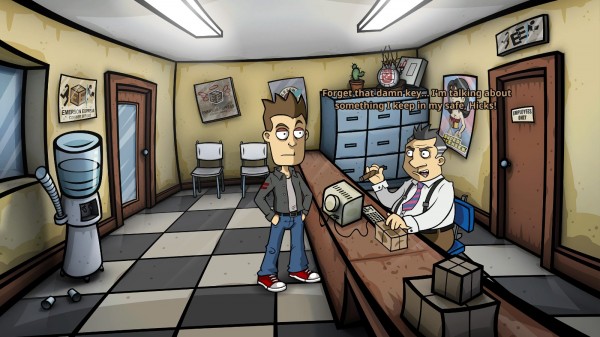 Randal’s Monday has a great visual style that oozes with a cartoon look that would fit right in with 1990’s Saturday morning cartoons or the swathe of adult-oriented cartoons that fill the late night TV schedule. The world is colourful, with thick black outlines and flat shading. The game manages to cram a large number of its pop culture homages to movies, video games, and TV all over the scenery. I did notice that the animations are reused quite a bit, causing the odd continuity error here or there. Also, some of the animations took a bit too long to trigger during conversations between characters. 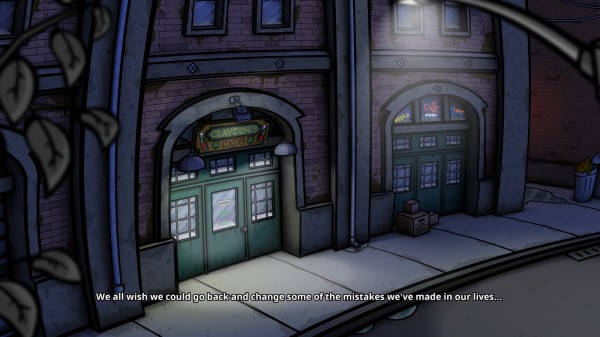 Randal’s Monday lacks the who’s who of voice acting, unless you count Jason Mewes retaking his role as Jay of Jay and Silent Bob fame, and it shows. For the price point, a fully voice acted game that is conversation heavy like a point and click adventure title is extremely impressive, but some of the voice acting comes across as a bit awkward and forced at times. The sound effects and music are decent, but Randal’s Monday seems to suffer greatly with its volume balancing. Some sound effects are unnecessarily loud at times. Other times, the volume of voices drop to barely audible levels after a scene change.

Randal’s Monday had a lot of potential. It has great graphics, a decent amount of content, and a good premise. Unfortunately the synopsis of the plot is much more interesting than the story itself. A point and click adventure game without a good story is like playing soccer without a ball and goalposts, pretty pointless. Unless you really want to spot the hundreds of pop culture crammed in Randal’s Monday, you aren’t missing much.