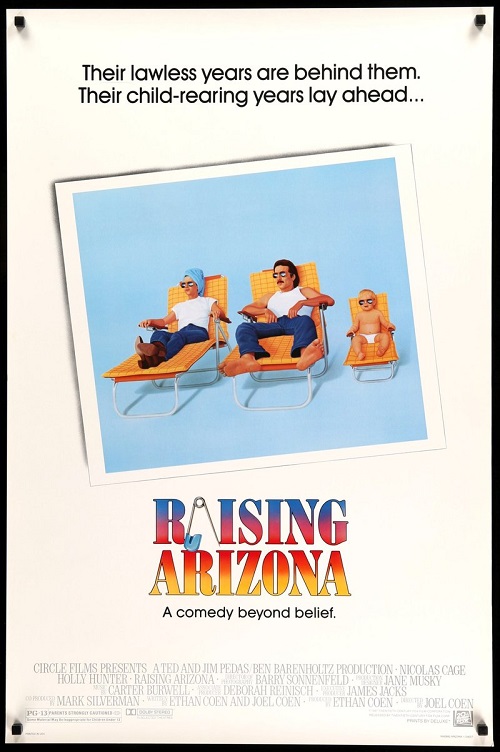 The Coen brothers are distinct auteurs in the cinema making landscape which are known for making films that are made to both replicate and subvert entire genres of film. Their body of work attracts a dedicated cult following who appreciate the off-kilter style and narratives that their films so often feature. Raising Arizona is one of the earlier works of the brothers but it certainly worked to establish them as carving out a unique niche for themselves in the Hollywood landscape. Eager to immerse myself in more of their cinematic madness, I hopped on down to George Street cinemas to watch the In the House screening for the first film I’ll be reviewing of their new season.

Once again, our hosts for the evening were Jason ‘Jabba’ Davis and David ‘Quinny’ Quinn who opened up the proceedings with lively interactions with the audience before settling in to discuss some of the film’s trivia. A tidbit I noted from their discussion before the film was the fact that Cage demanded that his hair be made to stand more on end the more stressed his character became. To quote Quinny “Cage is playing a cartoon character in this movie” and after having seen it, I pretty much agree with his assessment. 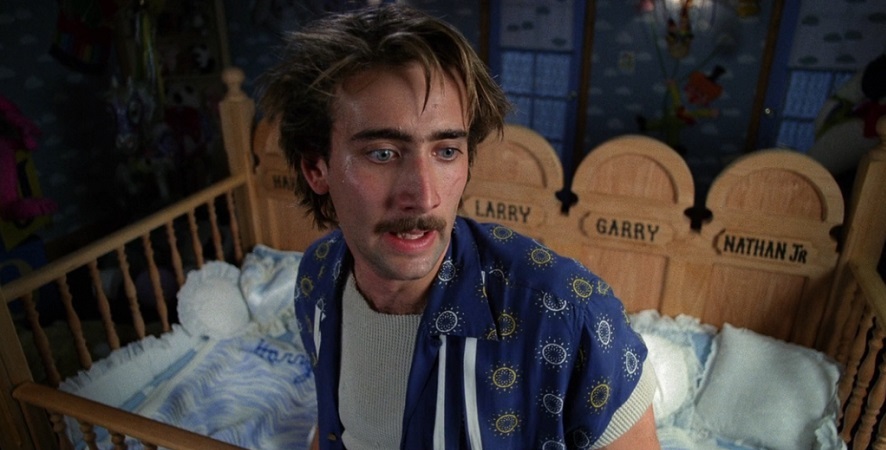 Our story follows the flawed yet wholesome romantic relationship between convenience store robber “Hi” McDunnough (Nicolas Cage) and police officer Edwina “Ed” (Holly Hunter) who fall in love as Ed takes Hi’s mugshots over the years. After getting married and moving in together, the couple try to have children but their hopes are dashed when they find out that Ed is infertile. Compounding their misfortune, they are turned down for adoption due to Hi’s extensive criminal history. In the midst of their despair, the couple hear that a wealthy local businessman had recently fathered quintuplets with his wife. In hearing this bit of news, the couple determine that a redistribution of babies is in order and decide to kidnap one of the bouncing bubs for themselves. 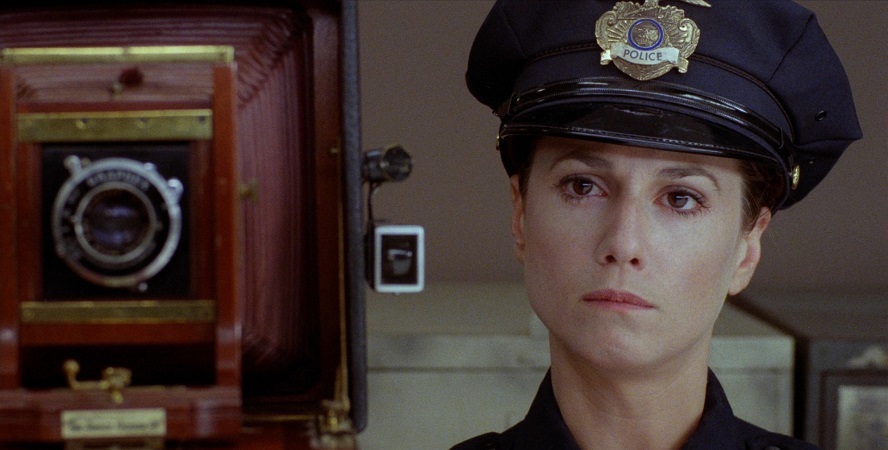 The plot proceeds in typical Coen style with plot points and elements coming out of left field and then taking centre stage in the foreground. You’ll be treated to a significant degree of eclectic near-absurdism as new elements, characters and emotional arcs are thrown out of nowhere and immediately fit into the film’s twisting and wild milieu. Upon reflection in writing this review; I have realised that the Coen’s did put more foreshadowing into this film than I had earlier thought but were very good at obfuscating it in the general thrust of the film’s pacing. The two Snoat brothers (John Goodman and William Forsythe) especially surprised me when they entered into the film’s central narrative. It’s a testament to the skill of both Goodman and Forsythe that they are able to inhabit the screen as both central and bit-characters when need be with Coen’s highlighting or diminishing their presence accordingly. Similarly, Hunter’s performance as Ed deserves recognition for being able maintain a strong screen presence while acting opposite the film’s greatest asset and liability… which brings us to my next point. 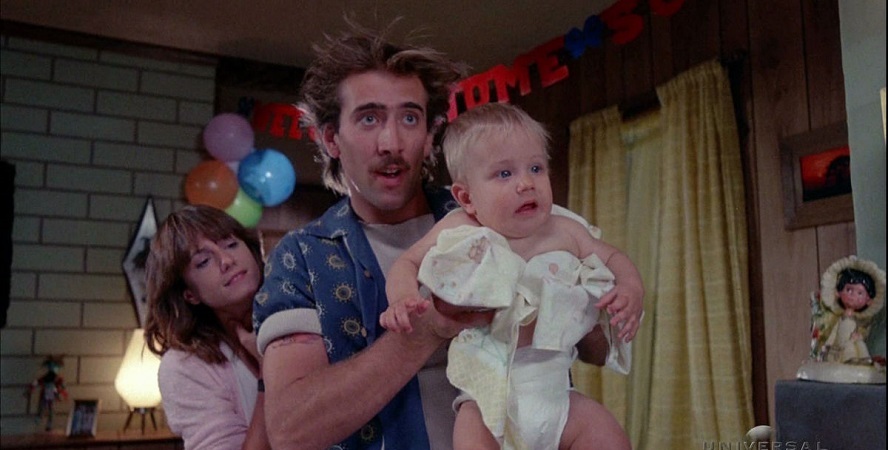 A lot of your enjoyment of this film will rest upon how much leeway you’re willing to give Cage in his performance. Cage pretty much pulls out his trademark style for his addition to the film. There’s really no better way to describe Cage as an actor than Quinny’s quip about him being a living cartoon character. It’s a rare director who knows how to make use of this particular brand of insanity which Cage brings to almost every production he’s in but I know but I’ve seen it and I know it can be done. The Coens do an admirable job of harnessing the madness but gorram, they needed to get him to pull himself together on the accent.

What works to Cage’s strength is that since it’s a Coen Brother’s movie, which features the general narrative milieu I was talking about earlier, he doesn’t stand out as much as he does in other films.  I’ll even go out on a limb and further say that Cage’s performance finds a comfortable home with the Coen’s narrative. It’s an assemblage which works and ultimately adds to the film’s credit but if you’re someone who is adamantly anti-Cage, then I don’t believe this will be the one to win you over… 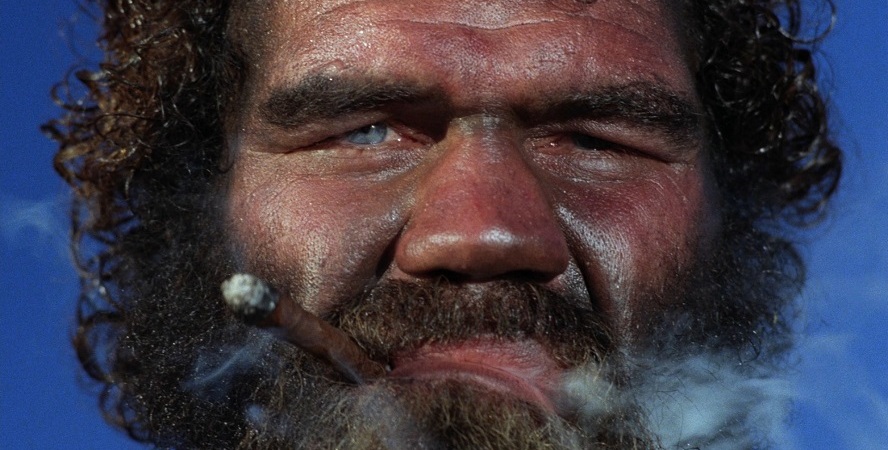 The film accompanies the Coen’s offbeat narrative with an equally offbeat visual direction. There’s an almost uncanny feeling to the Coen brother’s visual style which makes their shots feel both realistic and not. There’s always something in the frame of a shot or sequence to throw things off kilter and break your immersion. Luckily, this effect works in the Coen’s favour as it helps keep the audience on the back foot and open to the film’s humour. It’s clear to see the hand of an auteur behind the wheel in this film’s visual composition and it’s one of the reasons why I feel the Coens are able to consistently find a cult audience for their work. 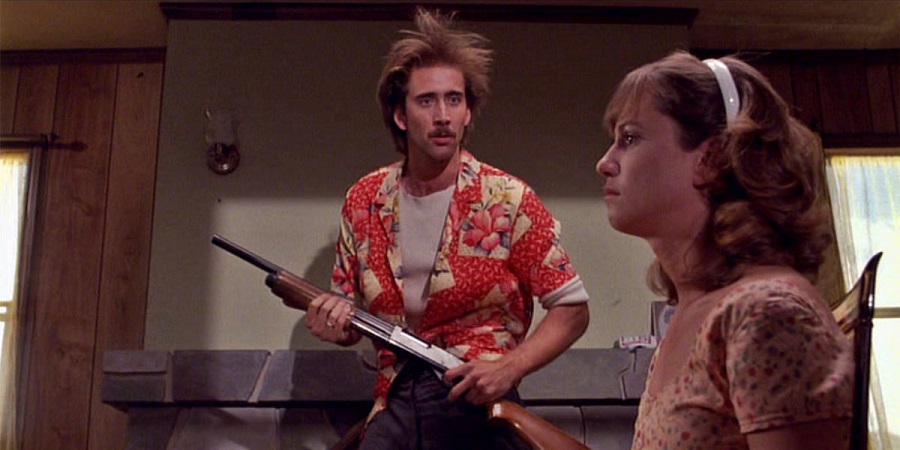 This film has an interesting offbeat soundtrack to it to add to the overall eclectic charm of the whole film. It’s a discordant mixture of banjos, yodelling and classical music. The fast pace of the musical accompaniment generally adds to the comedic effect of the frenetic action on the screen. The vocal yodels and banjo give the film a rural American feel which fits in with our characters of simple means and desires. They do a great job of accompanying the film’s themes and tones but ultimately don’t leave an impression beyond it’s runtime. The music does it’s job but doesn’t quite leave a bigger impression. 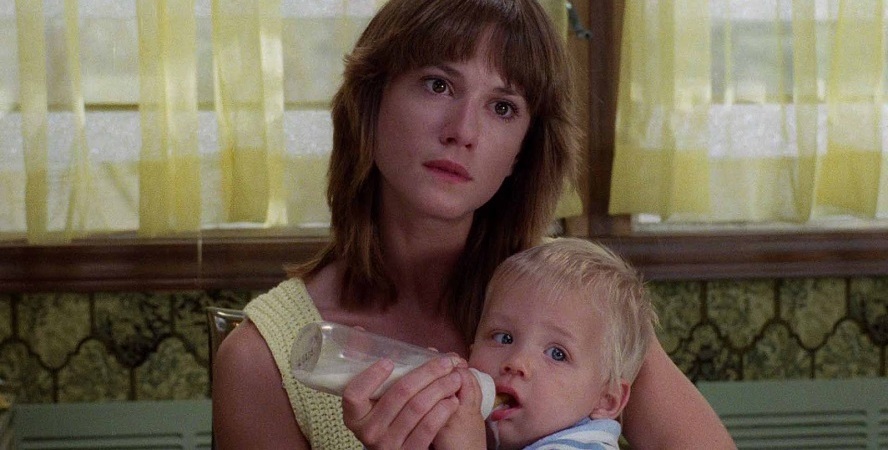 The film’s narrative is pretty much in keeping with the signature Coen style of absurdist maximalism with the ensemble cast putting in great performances to make the disparate story elements work together. Even Cage’s onscreen presence is giving a good home in the Coen’s extended stable of performers. Matching the discordant story is a unique visual style soundtrack which work together to add to the film’s overall charm and comedy. This film was certainly charming and although it is not my favourite Coen brother’s film, it is certainly one I enjoyed being given the opportunity to see.