You’re on a train home, eagerly waiting until you can sit down and play through hours of your favourite MMO or RPG. Your legs begin to shake, your hands start to twitch – all you can do is attempt to plan out attacks in your head. That is, until you reach down to your pocket and realize that you’ve recently purchased the latest iOS game from Crescent Moon Games and Red Zebra Games – Raid Leader. Raid Leader allows MMO/RPG fans a little taste of their favourite titles, not by creating a full length game with immersive story, but by taking elements of the genres and creating a unique strategy game ideal for gaming veterans wishing to practice their skills, or new comers willing to learn the ropes before taking the deep plunge into massive online worlds. 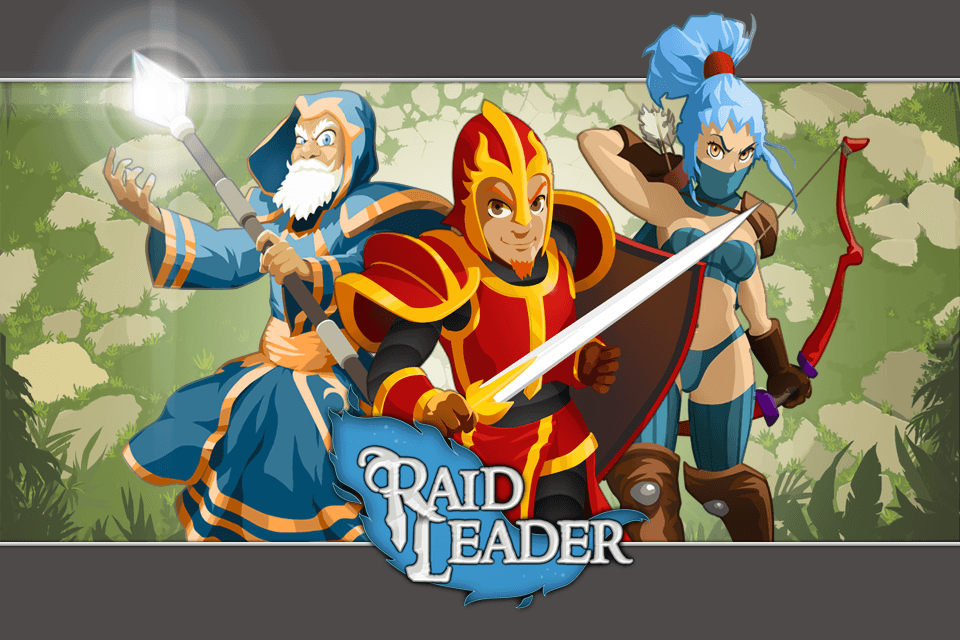 It’s easy to interpret the story of Raid Leader either non-existent or ‘three heroes quest to rid Eldentir of evil. In doing so, one cuts the title completely short and is at risk of devaluing the 99-cent title for what it is – categorising it a casualisation of ‘hardcore’ game mechanics. The story is essentially the latter, the quest to rid the land of evil – told primarily through a few stills and text blurbs when the game is started. Yet, by keeping the story concise the developers have allowed for the story to be spoiled by cheesy story elements or predictable plot twists. Rather, it’s possible to just appreciate the title as a quest for self-improvement – which is what the game itself can be seen as. Giving players the option to replay levels and earn coins, to upgrade attacks, to try out numerous strategic plans, a long and arduous tale of progress is told. The story is pushed forward again by the visual style of map – moving from light to dark and a start to finish – ending with the victory of both the heroes and the players. 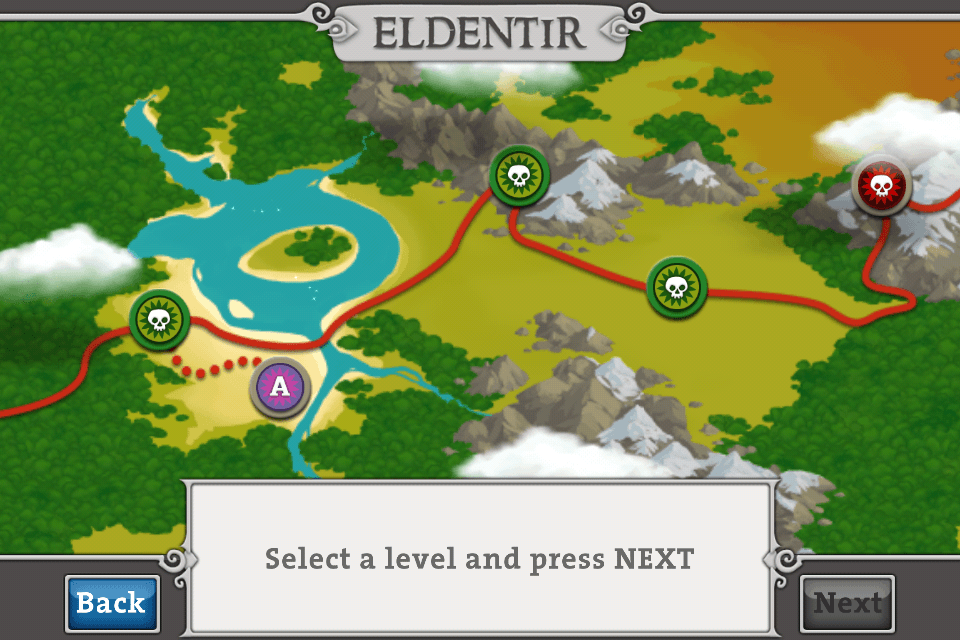 Raid Leader gives players control over three characters, a knight, a hunter and a priest. Each character will need to strategically utilise their unique skills in order to defeat a string of enemies. The majority of enemies appear in boss battles, spread across the land of Eldentir, with the odd exception of survival-based levels. The control system is highly intuitive, comprising of click and drag controls to move characters and a simple tap to unleash special attacks. Characters will automatically attack the enemy (or heal allies) they are targeted on, and it is up to the player to strategically move their characters away from danger or use special attacks, which will take different amounts of time to recharge. The upgrade system is a little watered down, with very few upgrades available for special attacks and not the widest range of attacks to purchase with in-game currency as there could be. The lack of character leveling up may also be a bit of a sting for RPG fans too. Yet, the basic essence is still alive and well – and utilised amazingly. Boss battles can go on for five minutes – five minutes of unleashing magic, healing allies, dodging attacks, setting off traps and hopefully claiming victory in the final seconds. 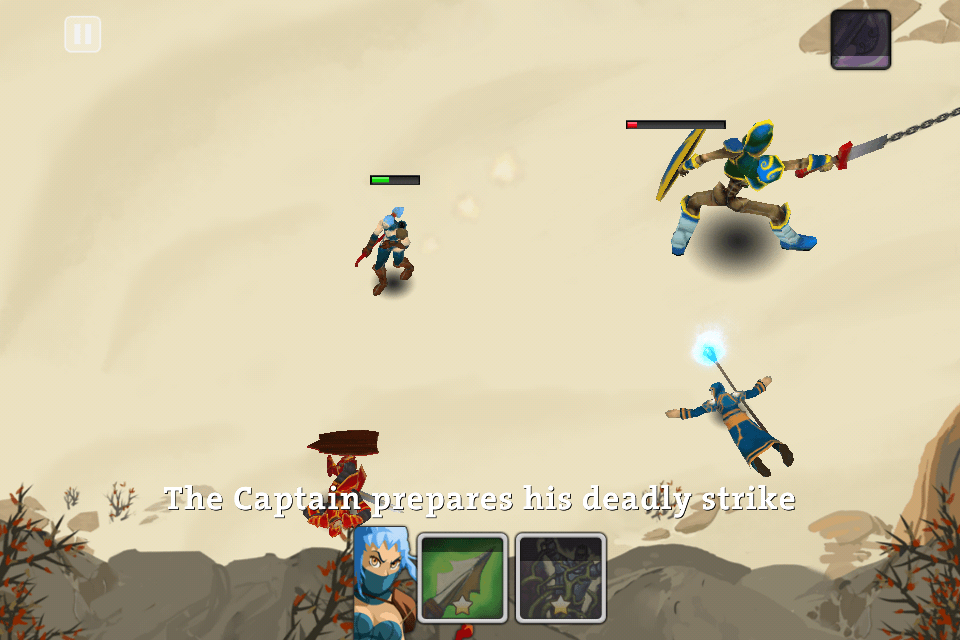 The graphics are an odd little mix. When the game is opened players are greeted with a cartoony and friendly trio – the heroes. Immediately after, the world map appears, with a similar rendering of colours. But the graphics portray a much more serious game. There are animated clouds that float across the land of Eldentir that give it that extra little touch of an enclosed world. Once entering a boss battle/level, the world transforms into 3D – with the characters all able to roam around a small area. The heroes loose their cartoon-like appearance and take on a more serious form, which is a good thing too has some of the enemies look rather menacing. The original character design, especially for the enemies is particularly well done – especially considering the wide range in enemies there are to encounter throughout the game. The only thing that isn’t progressive through out the game is the audio. The soundtrack is the same for each level and the menu, and the sound effects don’t vary much between enemies or special attacks. However, I’m willing to overlook the repetitiveness because of the fact that the audio fits perfectly – I didn’t even notice the reuse of background music until I had to actually think about it. 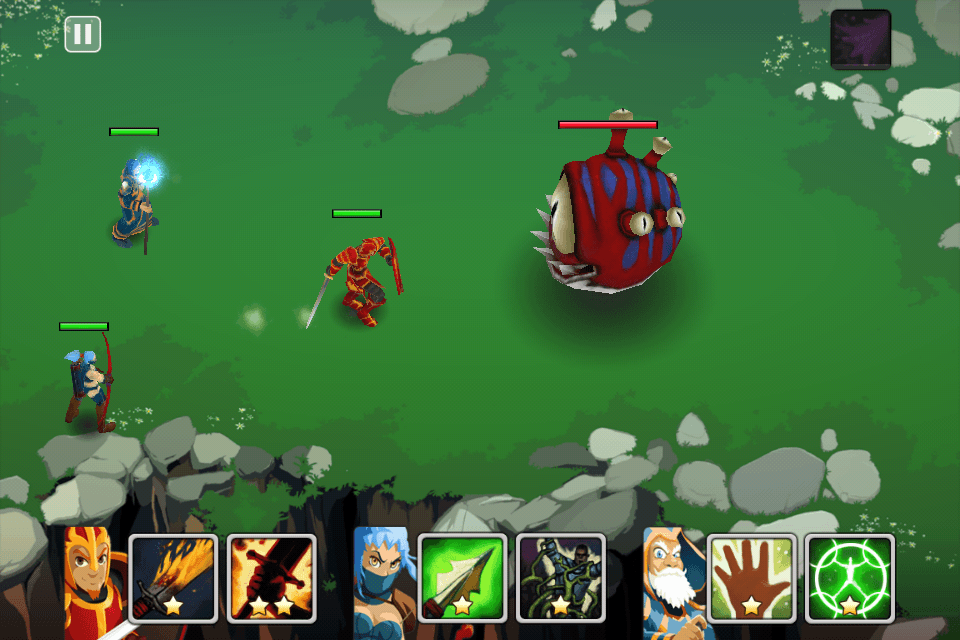 Whether you’re a veteran MMO or RPG player, or new to the genre and wanting to introduce yourself to some of the mechanics – Raid Leader is the game for you. Scrap that, if you have an iOS device and want an excellent game, Raid Leader is the game for you. The interesting combination of game mechanics to create an entertaining and strategic string of boss battles will keep you tapping away for hours – even revisiting older levels just for the fun of it or to gain experience points. The graphics are progressive and look fantastic of both the iPhone and iPad – and with a universal application Apple fans are sure to reap the benefits of this well designed title. Whether you’re a gaming veteran or new to videogaming, especially MMO’s or RPG’s, this is an iOS title not to be missed.