The forest is in danger Raccoon hero! Sure, it sounds like an odd Disney movie, based around cute little talking animals and the evil invading forces of mankind, but that certainly hasn’t detracted from iOS games in the past.

Raccoon Rising has a simple, yet also surprisingly difficult to fully master, control system. You tap on the screen, sending your raccoon flying high through the forest, rebounding off either side of the screen. With the invading robot forces threatening the forest, you have to dodge, leap, and slam your way through dangerous obstacles. 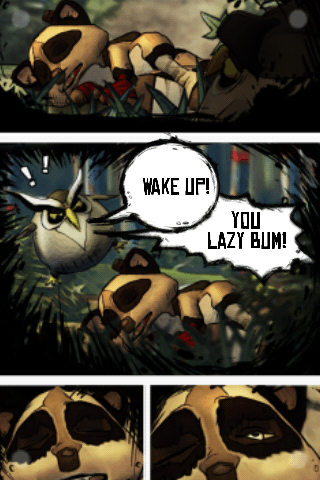 There are four worlds to go through, and the learning curve is quite steep. I was actually quite surprised at the tutorial, which is an entire world and consists of twelve gates, because while it does well to introduce you to the various aspects of the game, it gets far more difficult than you’d expect from a tutorial. Or maybe that’s just me being uncoordinated with my raccoon. Either way, this game will need some definite stubbornness to get into because otherwise you’re pretty much just going to give up on it. 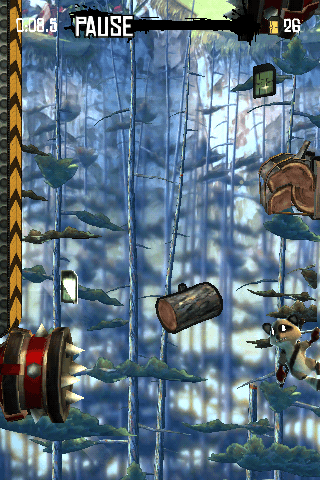 If you die during the gate then you’re sent back to the start, which is okay if it’s a short gate but if you’ve managed to get to near the end of a long, hard gate and then get sent back to the start of the gate you feel the urge to rage quit. Not to mention when it’s a boss gate at the end of the world and you do all the work and fail at the last second. Nothing is quite as devastating as that. That is why I think this game can’t really be classified as your standard casual iOS game. 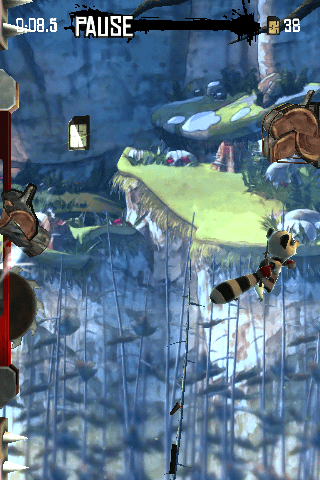 While it can be played in short bursts, and some gates are easy to pass through, you will encounter a gate that will take some attempts, then a frustrated re-evaluation of what you have to do, and then some more attempts, to get it right. Don’t think that I’m saying this is a negative thing though, I think it’s quite the opposite. In an environment where solutions and hints are handed to you on a silver platter before you’ve even really tried to do something this is a great diversion from that. Even the way you have to figure out how to deal with bosses is great, if frustrating at times. Personally, I think that being frustrated at a game is a good sign because it means that the developers have put the effort in. Because of this, the fact that there are four worlds doesn’t feel as short as it sounds at all. 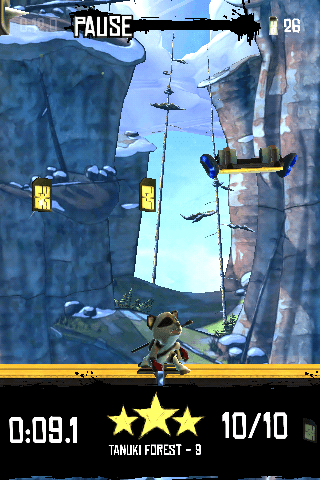 However, the game still has some issues, the main one I had didn’t have much to do with the game itself, it was with the pause button. In trying to select the pause button I’d just end up having the raccoon trying to go up the wall. To pause you have to drag the button across the top of the screen, which I caught on to through no help of the game itself. The ability to shift the pause button across the top of the screen doesn’t always work, and I don’t know if it was because I have sausage fingers or something, but at one point it was so impossible that I just ended up quitting the app instead of pausing. Also, the load times were lengthy at times and require a little bit of patience. 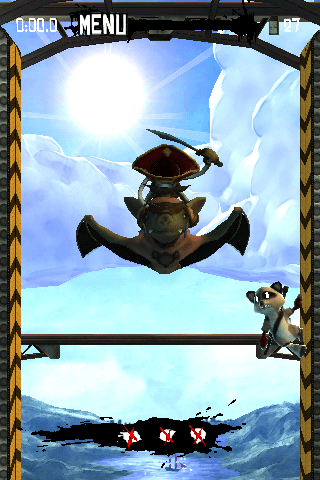 I really like the graphics, they’re sharp and the little details, such as calling the robot stompy arms the TreeStomper v1.6. The comic book cut scenes are great, the graphics have really been taken care of and I have an appreciation for that. Plus, the fact that the raccoon fur patterns makes him look like he has a bandana mask like all good heroes. 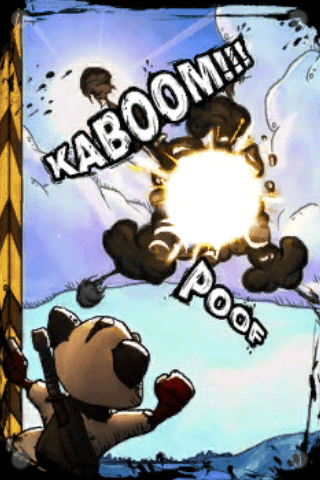 The soundtrack is a jaunty little tune that goes well with the graphics, even if it might get on your nerves while you make a crucial mistake that drives you mad. There is a repetitive aspect to the soundtrack, which means that if you’re planning on working through a world you might be switching it to silent.

Raccoon Rising is a game that you will enjoy greatly, given that you have the patience to spend some time learning how to play it. The concept is interesting and the gameplay is easy to pick up, but has that degree of difficulty which makes it a very interesting to master.