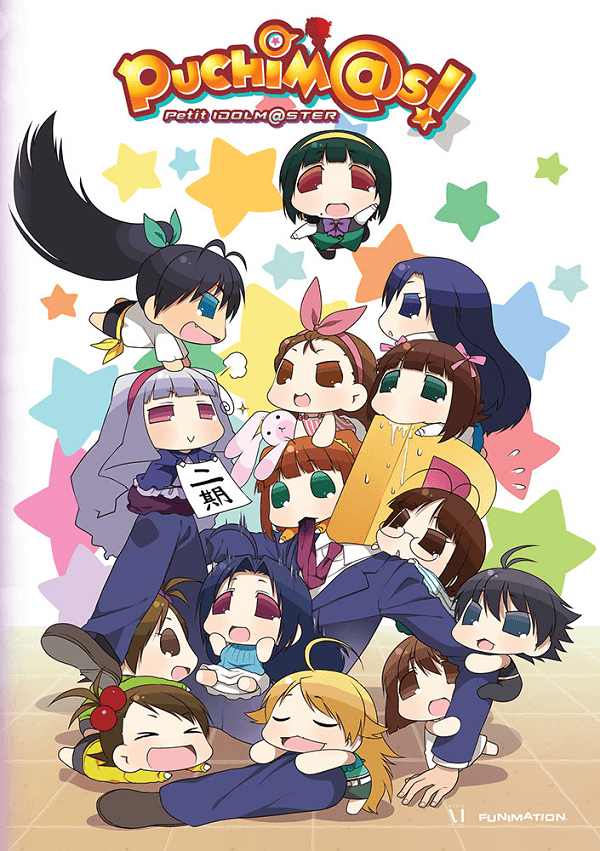 Story
Unlike most other series, Puchim@s! 2 doesn’t necessarily require viewers to purchase both the first and second season since over the course of this season the various Puchidols and their various unique abilities are re-introduced though it still is worth noting that the series does rely heavily on fan knowledge of the core Idolm@ster series. 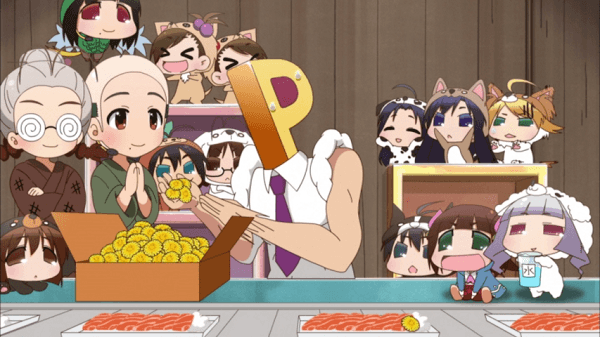 The lives of the idols and workers at 765 Productions haven’t changed too much since the Puchis arrived on the scene. They still have various odd-jobs that they must undertake from time to time, such as radio shows, cooking shows, and random trips to complete a job here and there. The upswing is now they have these cute caricature versions of the staff accompanying them, making even the simplest activity all the more ridiculous since some of the Puchis have the ability to teleport, shoot large laser beams from their foreheads, multiply by touching water, or simply sprout bamboo shoots from the top of their head.

Since the first season of Puchim@s! focused on introducing most of the Puchis to the cast and then spending plenty of time mixing them up with the normal idols as they went around to different areas and took part in various other slice of life activities, Puchim@s! 2 does very little to change up that formula and instead focuses heavily on the cuteness of the Puchidols and the character reactions to various situations they wind up in during everyday life. 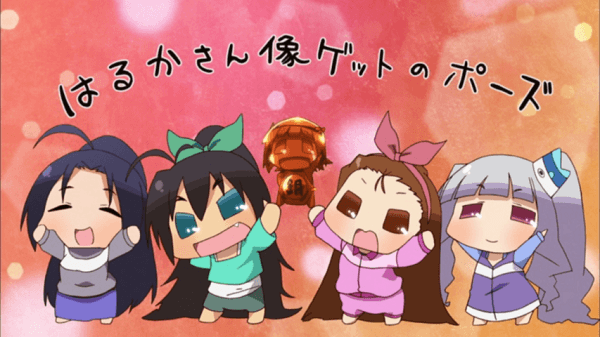 Similar to the first season, Puchim@s! 2 has combined numerous episodes of the net animation into longer “Director’s Cut” versions of episodes and in order to keep things feeling fresh there are occasionally some moments that actually last a few episodes. This includes a sequence where the Puchis must collect various items scattered around the usual uninhabited island in order to rescue the actual idols.

In fact, this second season has more of a heavy focus on the Puchis than the first as there are numerous episodes where only the Puchis will be on screen talking in their usual manner. While this does give viewers more examples and expands on some of the Puchis abilities, such as Io’s laser beam, it also means that the comedy that comes from the characters fans are familiar with being placed in outrageous situations does take a bit of a hit. 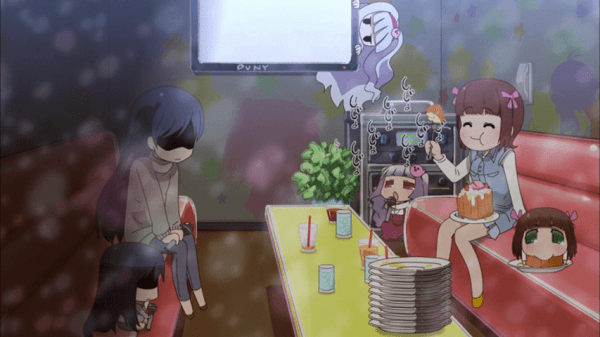 Of course this doesn’t damage the show a whole lot due to the fact that many of the gags are kept fresh enough to be enjoyable for this second season and the addition of various Puchi abilities, placing the girls in new areas, and focusing on providing some humorous birthday moments gives Puchim@s! 2 strong enough legs that this season can still pull through as a cute spin-off comedy that fans will enjoy, though perhaps not quite as much as the first season.

Visuals
Although made a year later, Puchim@s! 2 retains the same exact art style from the first season and this works well considering the series still remains incredibly light-hearted with plenty of bright coloration and simple representations of the core cast, though it does appear there are plenty of new costume changes this time around, while the Puchidols remain cute chibi representations of their larger selves. A lot of the humor relies on visual gags and thankfully those are well-represented through the cute artwork which occasionally changes to being slightly more detailed for emphasis on a character’s reaction. 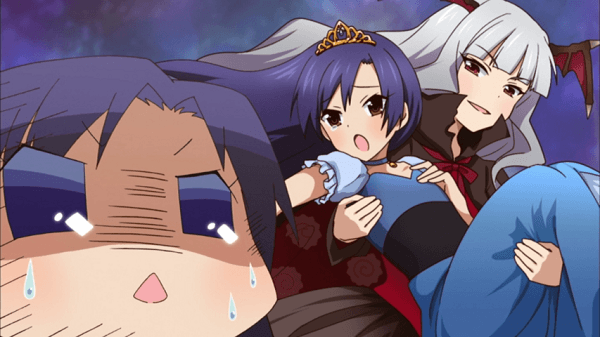 It is also worth noting that this season adds a lot more of floating dialogue and text that needs various insert translations due to the higher focus on Puchispeak than before and, similar to the various pieces sound effects and signs in the background, have been translated effectively by FUNimation.

Audio
Puchim@s! 2 is similar to the first season in the way that it only features the Japanese voice track and no English dub work. This remains a suitable way to enjoy the series however as fans of the Idolm@ster franchise are familiar with how these characters already sound and the various lines of Puchi dialogue (which mimic the mini-phrases their base idol is known for) wouldn’t work as well in English. 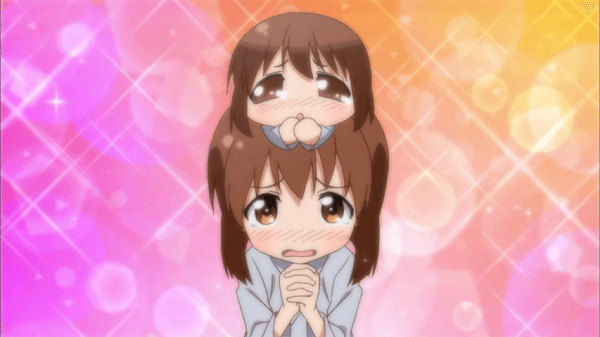 The background music remains simplistic at best as the narrator usually spends most of the time describing various events for comedic effect instead but there are a number of humorous insert songs included throughout the season, including one from the Producer. There are also three different ending themes used throughout the season, all of which feature a certain number of the 765 Pro idols singing an enjoyable mini-song.

Extras
Puchim@s! 2 includes a promo video for the series, a collection of the various commercials that were created prior to the series’ airing, clean versions of all three ending songs: “Good Morning Sunshine,” “Hello Lunchtime,” and “Good Night Stars,” and finally the last three OVA episodes that tie into the OVAs found in the first season and close out that storyline.

Overall
Although there is a smaller focus on the idols than before due to more episodes being spent focusing exclusively on the Puchidols, Puchim@s! 2 remains as entertaining as before. The series still never attempts to be more than a fluffy comedy series with even the simple drama moments being played for laughs but this creates a fun little series that fans of the Idolm@ster series will enjoy and even those who simply like colorful slice of life series may want to check out if they have any prior knowledge of the core materal.