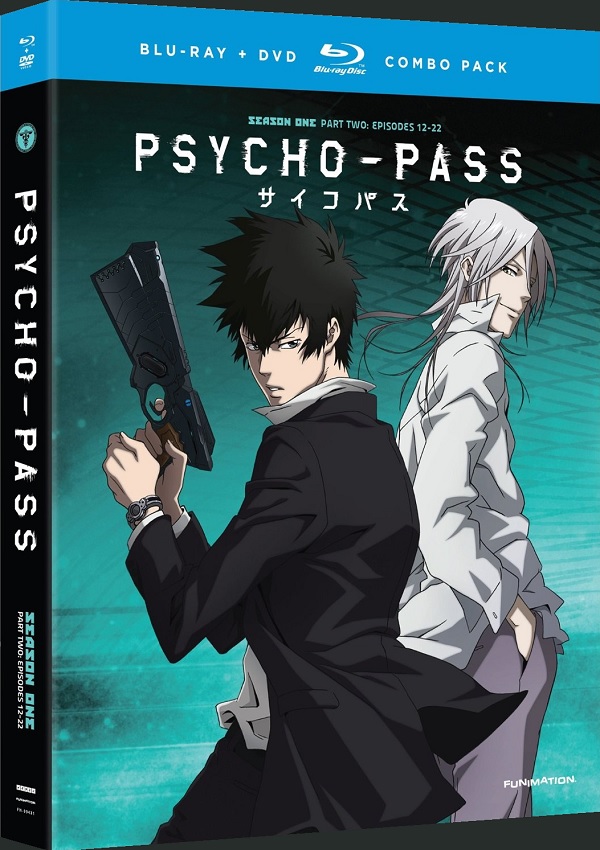 Overview
In a city where people have become so reliant on a system that monitors the behaviors of its citizens, most people have no reason to think for themselves and even doing so can put you on the wrong side of the law. As we’ve already seen in Psycho-Pass Part One, the Sibyl System is far from flawless but people rarely question the established system. Now with a clear villain pulling the strings in an already damaged world, does Psycho-Pass Part Two manage to wrap things up successfully?

Story
It should go without saying that if you are to continue reading this review there will be spoilers relating to the first half of the series as the events must be discussed so fair warning. Anyways, at the end of the first half of Psycho-Pass, viewers learned that a man named Makashima has been orchestrating a number of crimes by providing criminals assistance. When Akane attempts to subdue him using her Dominator, she is unable to do so due to his crime coefficient being too low, resulting in the death of her friend and the apparent failure of the Sibyl System. 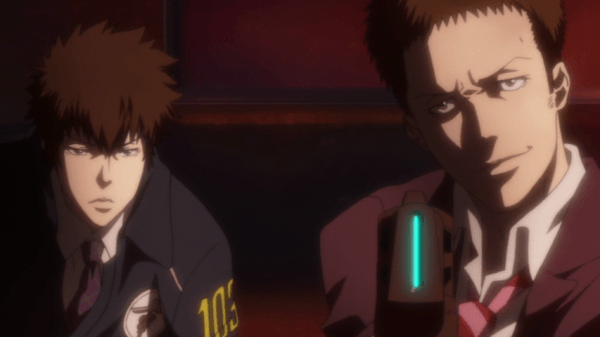 Now as Part Two begins, oddly enough the series decides to take a bit of a break at the start by going into the past three years to show how one of the Enforcers in Unit One, Yayoi, came to be with the group after becoming a latent criminal. This helps provide viewers with a bit of backstory on the barely acknowledged character and also provides them with a look at Kogami while he was still an Inspector trying to recruit her and working with his murdered partner.

After that brief trek through memory lane, the story resumes where it left off, with Makashima on the run with Kogami and the rest of the police trying to track him down. Unfortunately their man power is soon focused on a major crime wave as Makashima continues to help criminals cause problems for the city, going so far as to create specific devices that make their users immune to Psycho-Pass checks allowing them to commit unspeakable crimes right in front of cameras and people who have become so complacent in their lives that they can’t even understand what is happening right in front of them. 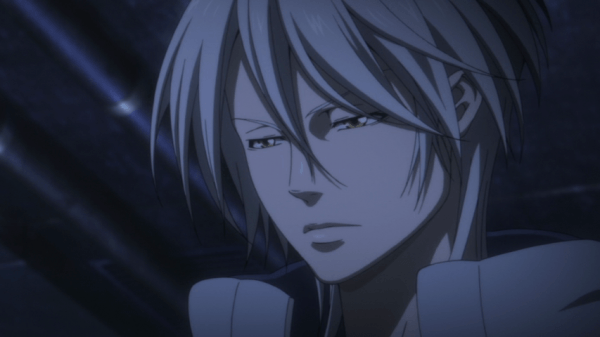 Things are complicated further as Kogami is told to take time away from the case and the police are charged with simply capturing Makashima and making sure that they do not harm him in any way. You see, Makashima is “criminally asymptomatic” and this plays a major role in why he acts how he does as well as reveal major developments relating to the Sibyl System and the true form of this system. This creates not only a horrible villain that some might actually see as a misguided rebel rather than a cruel mastermind, trying to change the way this unthinking world is by attempting to take down the system.

The conspiracy continues to run out of control with the necessity of the Sibyl System constantly being questioned and viewers can’t help but analyze the way the system works as well, especially once the learn the truth behind it. This places the viewer’s line of thinking right alongside Akane’s as she too learns the truth of the Sibyl System and has to come to grips with her knowledge. 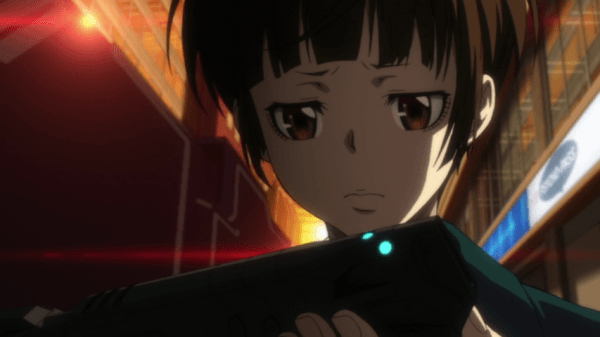 In the end, Psycho-Pass doesn’t really come to a completely satisfying conclusion though it is interesting how the series loops back on itself at the end. While Akane’s questioning of the system remains true in her heart, viewers also will realize the current necessity of such a system and considering a movie and a second season for Psycho-Pass are already being planned, the grim ending where little has truly changed actually seems quite fitting considering the current nature of the series’ world.

Visuals
Like the first half of the series, Psycho-Pass’s second half continues to use a dark tone for most of the scenes viewers are presented. It is also worth noting that the violence factor has been ramped up a notch as there are more shoot outs and murders happening in the second half of the series, especially during the riots. 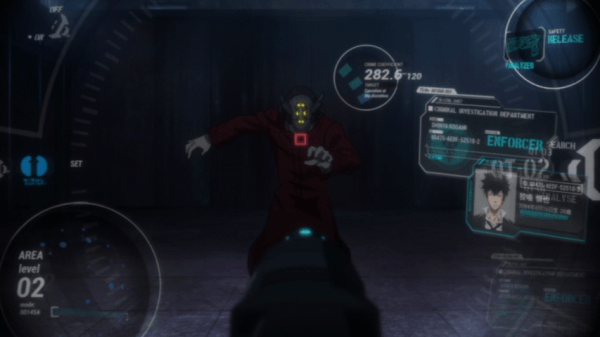 The character designs remain nice and memorable and there are a number of outstanding looking shots that I chose not to show thanks to the spoiler content, but the series is quite stunning at times. It is also worth noting that the action sequences that occur in the second half are relegated more to hand to hand combat and the fights are nicely choreographed and I did not notice any significant drop in animation quality during these sequences.

Audio
As with the first half of the series, the second half of Psycho-Pass is presented with a superb English voice track with all of the voice actors fitting their roles nicely and at times outdoing their Japanese counterparts which makes Psycho-Pass a series that most viewers should choose to listen to in English instead of Japanese. 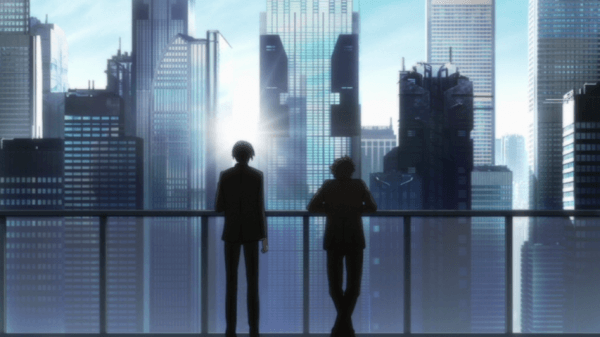 The background music again remains fairly basic but the trend of playing the ending theme during the last few moments of an episode, or directly over events occurring through the credits, is nice and impactful. The ending theme is “All Alone With You” by Egoist and is absolutely wonderful considering how nicely it fits with the series. As for the opening theme, it has been changed to “Out of Control” by Nothing’s Carved in Stone and damn it sounds terrible, so bad in fact that outside of giving it one brief listen through it should be skipped every time after.

Extras
With the release of Psycho-Pass: Part Two we have a number of standard extra features for a FUNimation release which mimic those found in Part One. There is the clean opening and ending theme, trailers for other FUNimation anime, the US trailer for the series, two commentary tracks and the twenty minute long video “Psycho-Pass at Sakura-Con Part 2” which is the second half to Part One’s extra. 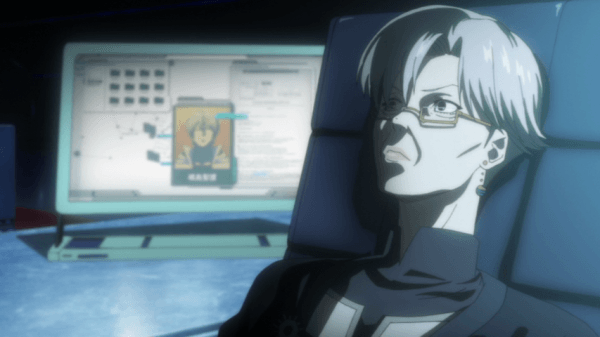 Overall
Psycho-Pass Part Two doesn’t end conclusively but considering the nature of the world that the characters live in, it does find itself a satisfying conclusion that can be expanded upon in the future. With the Sibyl System constantly making viewers question the motives of specific people and the people within the world so reliant on such a system, Psycho-Pass is a dark and intelligent story that will leave viewers hoping that the second season will be as good as the first.