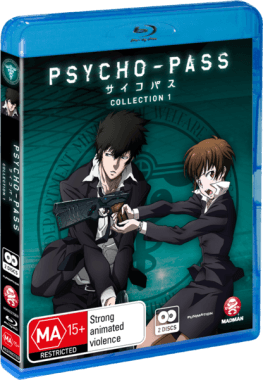 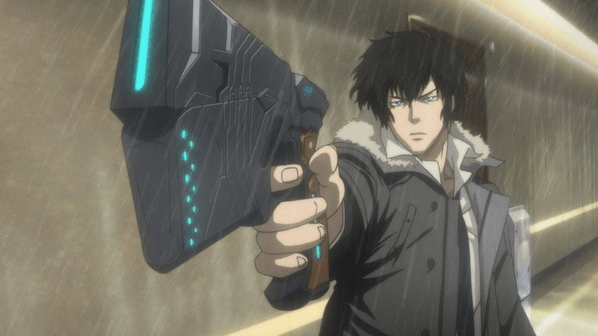 Set in a seemingly utopian future somewhat like our present, “Psycho-Pass” follows the journey of a young woman named Akane Tsunemori who has just joined a law-enforcement team working under the “Public Safety Bureau’s Criminal Investigation Division”. “Psycho-Pass” takes place in a world where crimes are stopped long before they can even be committed: Simply thinking negative thoughts can have an individual thrown into Police custody or even be publicly executed in some cases. It is an existence ruled by technology but you’re quickly shown that technology may not be as reliable as once thought. Mrs. Tsunemori has a healthy mind but the unit she has just joined happens to be filled with civil officers that have been deemed “latent criminals”.

These “Enforcers” have shown that they can be assets in the fight against crime so they’re placed under guard by “Inspectors”, of which Akane Tsunemori happens to be. Armed with firearms accurately named “Dominators” (weapons that read the “Psycho-Pass” of possible criminals and activate if necessary), these peace-keepers are possibly the only force that can bring a sense of stability to a world slowly sinking into madness. The story of “Psycho-Pass” is very reminiscent of older science-fiction tales and has been compared to movies like “Blade Runner” countless times ever since its release back in 2012.

It’s overall dystopian setting is something we’ve all seen time and time again but its story execution is absolutely something that sets it apart from all the rest. The way characters develop and the way the world they live in skews in all types of negative ways is extremely well-written and perfectly paced. Each of the characters are as unique as they can be which is saying a great deal considering they’re living in a world that greatly dislikes outside thinking and forms of individuality.

“Psycho-Pass” seemingly slides in and out of different sub-genres to weave a tale of absolutely delight that has you wanting to watch “just one more episode” in anticipation of the events that are to come. Most of “Collection One” seemed like a cop drama you would see on late night television with each episode featuring a new case and a new perpetrator but, by the end of the collection, you begin to see everything fall into place with the introduction of the series antagonist and the revelation of quite the web of connection. 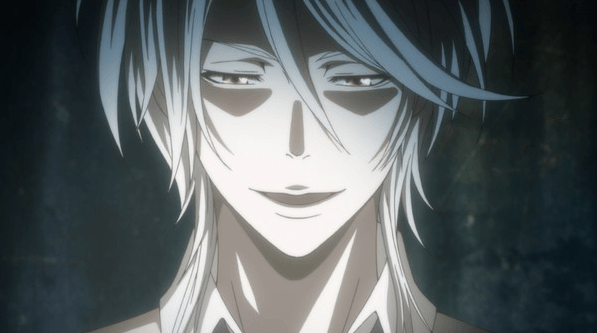 “Psycho-Pass”, as I mentioned above, was released back in 2012 now even though it was only two years ago, that happens to be quite a while when it comes to animation technology. Somehow the series visually dominates a great deal of the series’ released at the same time while also being able to do the same to series’ being released now. Each of the characters was designed by Akira Amano who you may know as the creator, writer and illustrator for the hit Shonen Jump series “Katekyo Hitman Reborn!”.

She does a fantastic job at designing character that are realistic but also fit into the visual style of anime which, as you may know, is unlike a lot of the typical animated TV shows you see. The animation throughout “Psycho-Pass” is fluid and there’s never a visual dip. Every so often you will notice the use of CG animation for small things like vehicles, you don’t often see this because it is barely used but, even so, it is used properly and to a subtle degree. One thing that is extremely striking about the series is it’s colour palette.

Filled with blues, greys and blacks, it seems as though “Psycho-Pass” is a bleak and dull series…it’s anything but that! When you’re presented with colours, they’re always vibrant, piercing and perfectly suited to the scene. “Psycho-Pass” is aesthetically pleasing and will deffinitely go down in history for having animation that is “ahead of its time”, for lack of a better term. 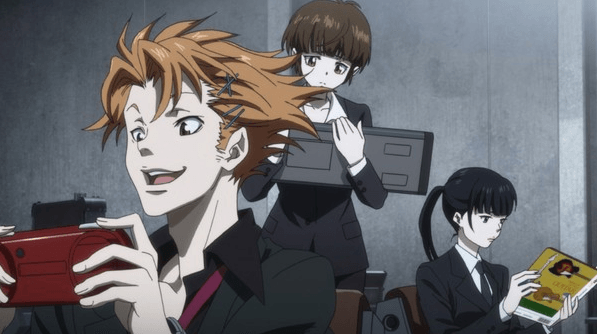 As an avid anime fan that had previously watched this series in its original Japanese dub, I’m so very grateful that time was taken to properly translate from the original. The English dub of “Psycho-Pass” would have to be one of my favorites, at this point in time. The voice actors naturally use Western speech styles to portray the characters while at the same time correctly pronouncing Japanese names in a way that I’ve really never seen before. Despite the fact that the voice actors record their lines in solitude, nowhere near their co-stars, characters interacted with each other in the most realistic ways.

Whether it was a simple “we need to talk” or a more aggressive “shoved up his ass”, each line was delivered perfectly and really made for an incredible watch that, in my opinion, outdid the Japanese dub. What impressed me, once again, was the soundtrack for the series: It didn’t exactly use a plethora of genres like a lot of the series’ you see today but it didn’t need to. It never used any unnecessary tracks and when it did, you absolutely heard it and it made in impact. Big or small.

Yugo Kanno, who provided the soundtrack for the series, deals greatly with more classical styles of musical composition and his tracks matched perfectly with the overall vibe of the series as well as the individual scenes where they were played. When it comes to jazz and acoustic sounds, he definitely knows what he’s doing and it is thanks to him that “Psycho-Pass” was able to musically represent each and every scene so quintessentially. 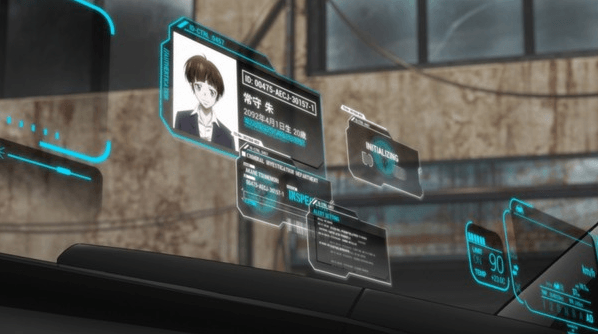 “Psycho-Pass Collection One”, despite being distributed on Blu-Ray, actually doesn’t feature that many extras. Like regular anime home video releases, “Collection One” comes with somewhat of a reversible cover, episode commentaries and textless opening/closing sequences. It was nice to see that the release also featured a “Sakura-con” spotlight video that basically showed “Psycho-Pass” in it’s element at a popular convention but this is all pretty much normal for standard anime releases. It would have been nice to have seen more special features, especially seeing as I was given the Blu-Ray version to review; a format that can hold a great deal of data. Still, at least “Collection One” came with what it did rather than nothing at all. 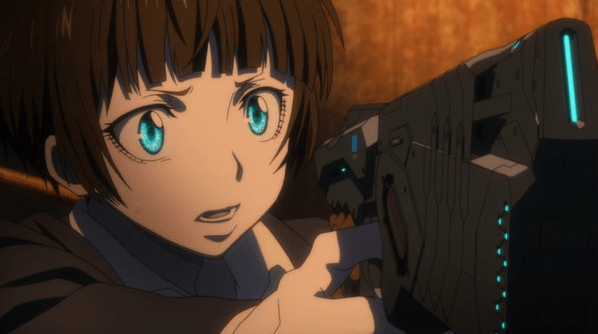 “Psycho-Pass Collection One” is exactly the type of series we need in this new age of anime that is currently being populated with sub-par stories and constant shows of unnecessary fanservice. There is a reason “Psycho-Pass” has retained it’s popularity even two years after its release. It honestly takes a special anime to last this long. Mixing science-fiction and crime is something we haven’t entirely seen before and even if we have, it hasn’t been anything near as good as “Psycho-Pass”. “Collection One” has set up the series perfectly and it has also left the audience with nothing but anticipation of the next half of the series. I cannot wait to, once again, sink my teeth into more “Psycho-Pass” and I’m so glad its quality hasn’t diminished over these past two year. Absolutely fantastic. 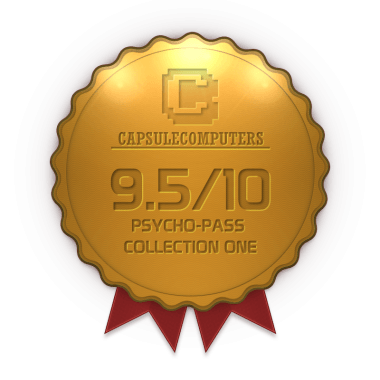