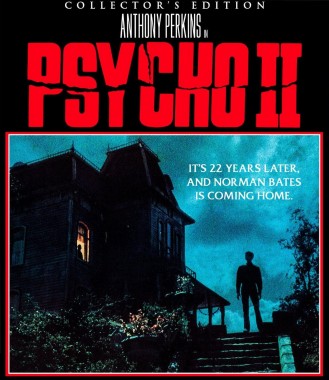 Overview
I keep up with my horror flicks rather well, but one film that has always eluded me is none other than Psycho II. This sequel came out over twenty years after the original film, and while not many can say it lived up to the original, it certainly put forth the effort when it came to continuing Hitchcock’s legacy. With Anthony Perkins back as Norman Bates and a story that sticks closely to the first, its easy to say now that the man who went on later to pen scripts for Child’s Play, Fright Night, and several other memorable romps (Tom Holland) most certainly kick-started his career with one of the most overlooked follow-ups of all time. Over 31 years later, Scream Factory have re-released Psycho II yet again for the Blu-ray generation, but is this just another case of an unnecessary release, or was another trip back to that old motel worth the ride? Let’s find out.

Story
Psycho II starts in no better way in my opinion. You have a black and white filter to remind us of the sheer terror of the original kicking off this sequel, with that famous shower scene filled with the blood curdling screams of Janet Leigh that set the tone for a new type of horror that we as the viewer are about to witness. The film officially opens a few moments later in a courtroom, with Lila Loomis in hysterics as Bates has just been freed due to a plea of insanity. That is the entire plot of this film. Rather than a true horror movie, Psycho II is all about continuation of this world that so many wanted to re-visit. Bates is a free man and has been sent back to the place where he murdered a good number of people in his mother’s name. People can change however, and the now free son is set to get back to the life he never had. 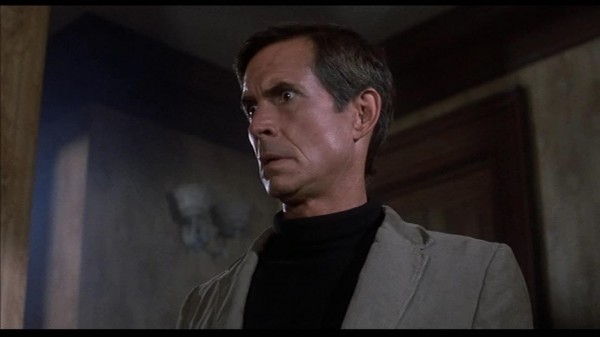 Right off the bat, you probably notice a huge hole in this plot. Bates is being sent to the exact same place where he went nuts, and not one character aside from Loomis thinks that this may be a bad idea. Norman eventually lands a new job as kitchen help in a diner, where he quickly meets a very naive waitress by the name of Mary. Mary is sweet and innocent in her own little way, but dealing with her own mistakes from the past while trying to get away from her overbearing mother. While other characters in the film react harshly to the idea of Bates restarting his life, Mary is the only one who seems to have sympathy for his past, which quickly makes him grow fond of this mysterious young woman. Being the not-so-smart female that she is, Mary thinks it is a good idea to bunk up with the former killer while she sorts out her own issues at home. Yes, it is bizarre, but so is humanity at times, and the human emotions that run through the veins of Psycho II make it hard not to care about Mary and event Norman Bates himself. 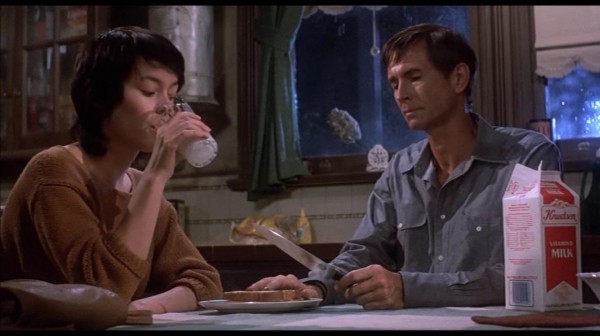 As the time rolls on, Mary and Norman are beginning to get a little close, despite their differences. The only problem is that a prankster has been sending notes and placing phone calls to try to trigger his inner killer, and dealing with that huge weight and the struggle to stay normal brings our character to a crossroads. It doesn’t help that Lila Loomis is still spying in on Bates and his young acquaintance, or that some of the Fairvale citizens are turning up dead while everyone points their fingers at a likely target. That is our tale here, and there is a good amount of betrayal, suspense, and honestly decent acting jobs that hold everything together well enough. Psycho II is not one of those films that tries to top its predecessor by doing something different, but instead uses the original atmosphere to create something new. It is all about trust and public perception, which it nails in a smashing fashion. 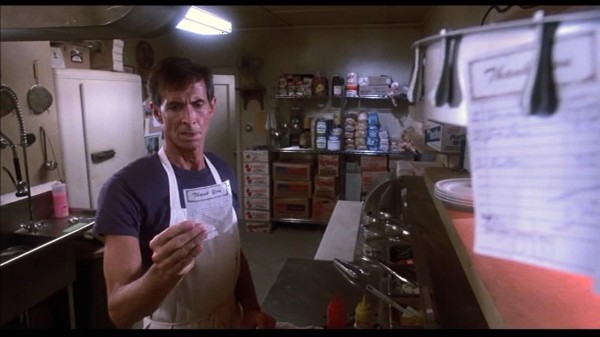 Towards the end, the gears that keep this flick running smoothly start to wobble as we get a twist that take us back to the original even further. The problem is, I felt that the end result was very sub-par and could have been handled in a much more clever manner. Psycho II saves its thrills for the finale, but doesn’t produce a result that feels real. Throughout the film we have a man who is extremely torn and battered due to his own past, and that makes him likable for the most part. You don’t want it to be Norman Bates. He cannot be the guy who is killing everyone, but yet in the back of your mind you are just like the townspeople and cannot resist painting his face as the killer (crazy how humanity works, right?). When we get to those last moments, all of that is negated so that the movie can try to produce a scene to make itself into something memorable, but delivers a confusing replacement instead. It is extremely inconsistent with the characters we just followed for over an hour, as this film did not need to shock us like the first to be good. It sure as hell tries however, and that is probably why we have a sequel that doesn’t quite top the original.

Extras
It is always a pleasure to listen to good commentary. Holland takes care of this by bringing his present knowledge to the table as he looks back at his creation. Fans of Perkins will also be pleased to discover that Scream Factory have unearthed some older interviews regarding Psycho II and have included them, along with an interview with the director Richard Franklin and others who participated in the film. The other features include the theatrical trailer, some TV spots, and a sleek slipcover with reversible cover art for the Blu-ray itself, mainly including the many crazy faces of Norman Bates. 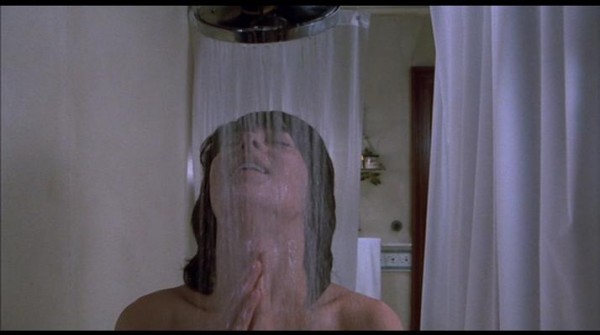 Visuals and Audio
1982 was a long time ago, and if you try to pop in a VHS or even a DVD release of Psycho II, you’re more than likely going to be disappointed compared to the new, crisp picture that this release displays. Of course being in color certainly gives it an edge, but this film’s visuals truly have stood the test of time as there is very little to none in terms film tearing. The special effects are somewhat minimal, but as it was the early 80’s, Psycho II takes quite a brutal approach when it comes to showing a kill take place, leading to a decently powerful result. I was also surprised to see that despite being twenty years, the actors who made a comeback (Perkins and Miles) also still fit perfectly in Fairvale, with nothing but a few greys and wrinkles seeming to have changed during the large gap. 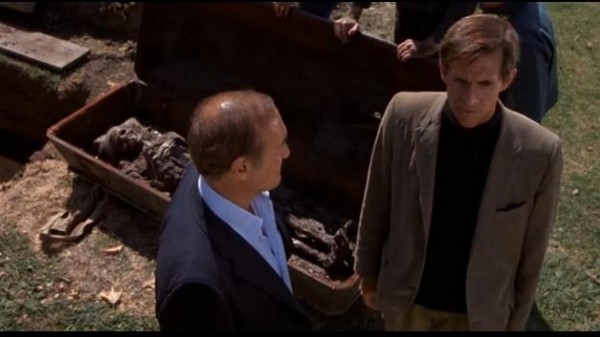 Jerry Goldsmith’s score for the film is absolutely outstanding. There is a good number of scenes that may not even have one tense moment, but that is quickly triggered by these tunes that strike with an impressive impact. Much like Twin Peaks and other features set in small towns, the soft, more subtle tones for the audio set us in to this quiet little community, with the motel being the centerpiece of all of the insanity. I honestly had the volume set up a bit too loud at first as I expected the film to suffer from a bit of rust, but I was blown away (quite literally) of how clean this original music comes through.

Overall
Psycho II is not a memorable film as the original Psycho just had such an impact on the industry, this follow-up just could not hit that same mark. That doesn’t mean it is a bad film, as the acting is good, the music is chilling, and the story is compelling. However, trying to live up to the original and be an unforgettable horror movie that shakes the genre is what hurt this release long ago, but this Blu-ray is here now and ready to give this generation of horror fans an opportunity to some further insight on what they probably missed out on years ago. Psycho II is a clever film with an intent to shock audiences, and if you are looking to take another trip to the Bates Motel, this collector’s edition will make quite the satisfying dish.