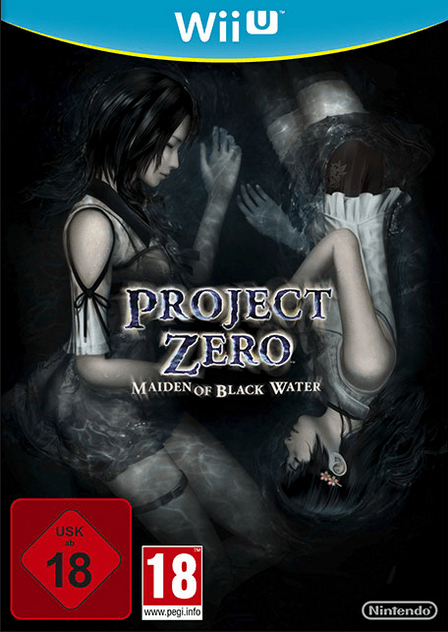 Project Zero: Maiden of Black Water is one of those games that shouldn’t really exist. The game is the fifth installment in a previous Japanese-exclusive franchise, whose games were mostly on PlayStation consoles. Then here we have this game, one that was ported to English and made exclusively for the Wii U. Maiden of Black Water puts players in the role of three protagonists, each of which has to combat the spirits that haunt them. While it is definitely an interesting game with some really nice combat, repetitive later chapters and clunky controls make it a little hard to really get into. 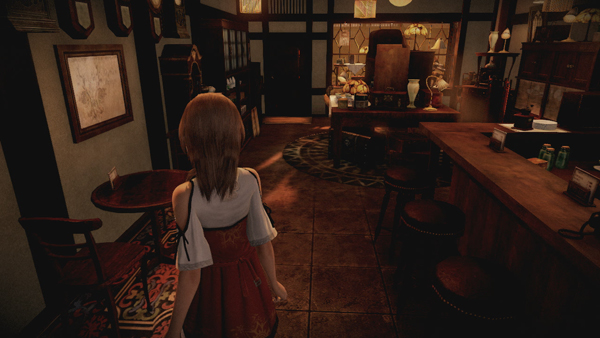 Set in the frightening Hikami Mountain – a place that is a notorious place for people to go and commit suicide (similar to the real-life Aokigahara Forest). The spirits of the forest have turned dark and twisted and the game’s three protagonists (Yuuri, Ren and Miu) are forced to confront them over the course of the game while they try and discover what is going on at Hikami Mountain.

The game follows its three main protagonists, switching between the three when the need arrises. Each of the characters has different skills and abilities as well as their own unique story to tell. The intertwining story allows players to see the events happen from the points of view of all three, while simultaneously building towards a grand conclusion.

It seems that telling horror games in an episodic nature seems to be all the rage this year and while it can be very hit and miss way of presentation, I definitely feel that it plays well here and gives the whole game this sense of urgency and keeps the plot moving at a steady pace, which in turn keeps the tensions high – exactly what you want when playing a horror game. 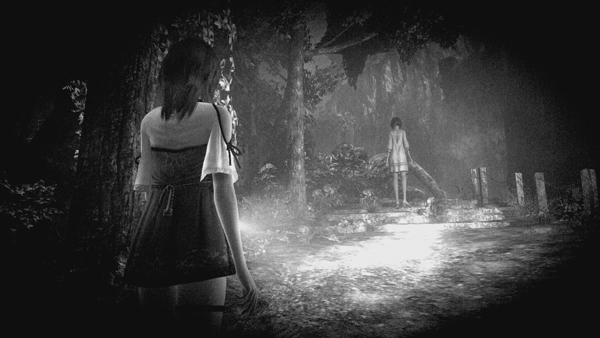 Project Zero has some of the most engaging and unique combat that I have seen in a horror game. In lieu of the traditional guns, melee weapons etc you instead have a special camera that can take photos of the spirits that haunt the mountain. Spirits have multiple “weak points,” and the more you have in the shot when you take it, the more damage you deal to the spirits. It can be extremely challenging to line up the perfect shot in order to deal the most damage and with the Wii U Gamepad integration, this becomes an incredibly engaging experience.

The Wii U Gamepad is used as your camera. Your only weapon against the hordes of spirits that come against you. When you enter a confrontation with an enemy, you move your Gamepad around and use its screen as your viewfinder. The clever mechanic really helps you to get sucked into the moment and feel like you are truly in the moment. This is also helped by the fact that the game switches from a third-person to first-person view during these moments. 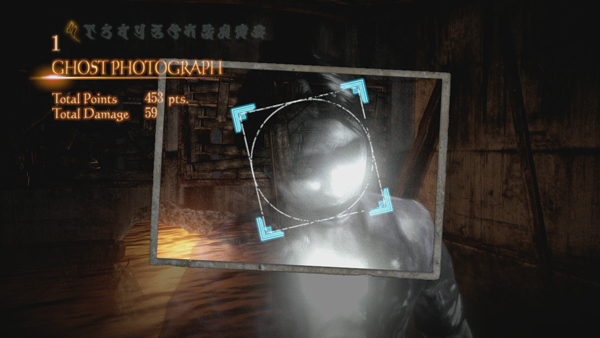 For those of you out there who grew up with old-school survival horror games like Silent Hill and Resident Evil, then you will be familiar with the fact that those games had less than stellar control schemes and that the limitations of these helped to build the tension because you were nigh-helpless and anything that attacked you was a very real, usually unavoidable threat. Project Zero tries to replicate this with its own awkward and clunky control scheme. This serves as a bit of a double-edged sword with the control limits making you feel stuck in a sea of ghosts that can just blissfully glide through the air. The downside is that with enemies that are so fast, so agile and able to appear at any place at any time, the controls often get in the way of the gameplay.

It is a very weird feeling to be playing a game and have elements of its gameplay work so well thematically but fall so flat mechanically. Ideally you would want to strike a balance between the two and while I’m not personally sure how you would do that, I can say that such balance definitely wasn’t struck here.

You want to know what one of the biggest killers of fear, tension and mood are? Repetitiveness. If something becomes repetitive and predictable then the mood can quickly shift from exciting and blood chilling into boredom and tedium. Well sadly, towards the latter sections of Project Zero; the story, enemies and scares all suffer from exactly this. Some of the ghosts in the early sections of the game can be downright horrifying, but when you see them time and time again, all of their power immediately dissipates and I more than a few times found myself whispering “again…really?” to myself. 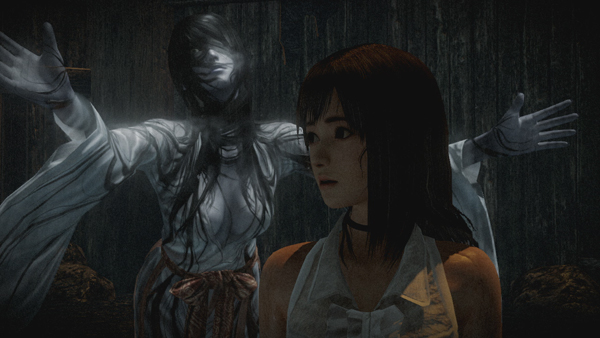 While the Wii U isn’t as powerful a console as its other contemporaries, Project Zero manages to really do a lot with the hardware. For the most part, the game looks great. Environments are well drawn, characters look smooth and their bodily animations are fluid, and the ghosts look like something straight out of a horror movie (surprise, surprise). While the ghosts don’t always have a unique look or feel, the way the light shines through them is done is a really clever use of lighting and I can honestly say that I was a huge fan every time I saw one.

Audio is exactly what you would expect from a game like this; the background noise is soft, haunting, and really helps ramp up the mood. The soft rustling of the wind through the trees can be just as haunting as any of the ghosts. Who, by the way can be outright terrifying when you don’t suspect them.

Character voice acting is a little stilted and bland, with some characters seeming more totally disinterested than scared or intrigued. It is a bit of a disconnect that honestly took me out of the moment a few times. 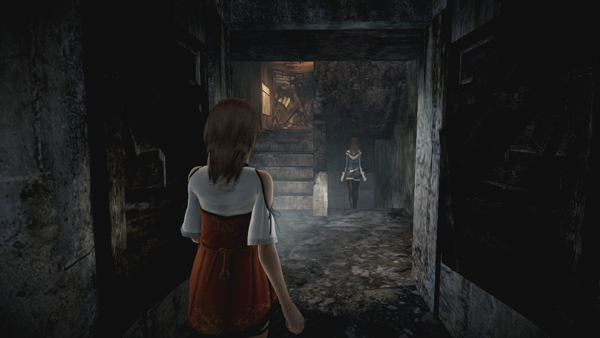 Horror games are an interesting genre. It is so easy to screw it up and either make the game too action-oriented or by failing to create the right tone or feel. Project Zero: Maiden of Dark Water manages to avoid all of these pitfalls of modern horror gaming and provide an experience that is scary, engaging and unique… at least in the beginning. As you progress through the game, the repetitive nature of the game and its enemies, as well as the way the game controls takes this unique experience and waters it down to something a lot bleaker than I would have hoped for.