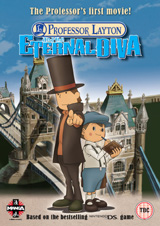 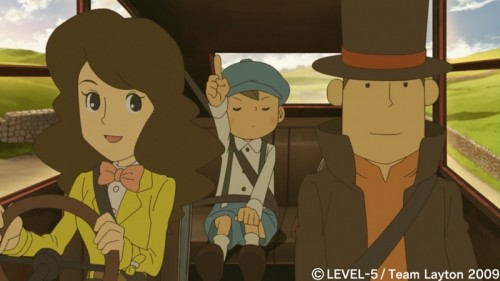 Here at Capsule Computers, we cover all things gaming, but we also dabble in anime. Therefore, as an animated feature-length film based on a popular videogame, Professor Layton and the Eternal Diva, otherwise known as Professor Layton – the Movie, couldn’t be more relevant to what we do. The movie itself has actually been around a little while in Japan, but has only recently come into circulation in the Western market thanks to a reworking of the Japanese version to make it suitable for an English-speaking audience.

I was unsure of the nature the translation, to say the least, uncertain of whether there would be English subtitles or whether Level 5 had went the whole hog and dubbed the entire film. To my pleasant surprise, the latter was true, but they haven’t just voiced over the characters using some generic Professor Layton sound-alike. On the contrary, the cast who did the voice work for the characters of the games were also drafted in to do the film. 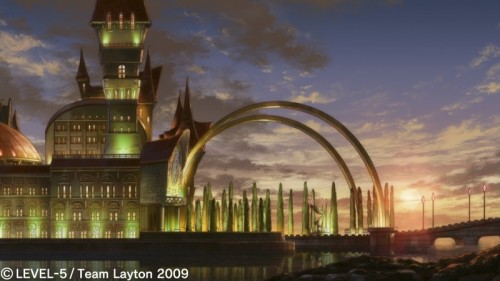 This is something I was genuinely thankful for because, playing the Professor Layton videogames, I was completely captivated by the charming in-game cut scenes which were such good quality that it felt like they had been pulled straight from an intriguing cartoon. It seemed like some sort of cartoon series spin-off was inevitable with clips of such high-calibre, and my ideas were later confirmed in the form of Professor Layton – the Movie.

The story sees Professor Layton embark on his most daring adventure yet when he receives a letter from an ex-student turned Opera diva inviting him to see her next performance. As always, he has his loyal young apprentice Luke by his side, and a with a spate of disappearances in London, the Professor needs all the help he can get in order to solve the mystery of Eternal Life. I would hate to spoil the story for everyone, so I won’t reveal anything else. One of the real perks of the storyline is the constant twists and turns, much like the games, which mean you can never be sure who to trust or what is going to happen next. It starts off well, loses momentum in the middle with some parts becoming predictable or boring, but quickly makes up for it with an epic finale. 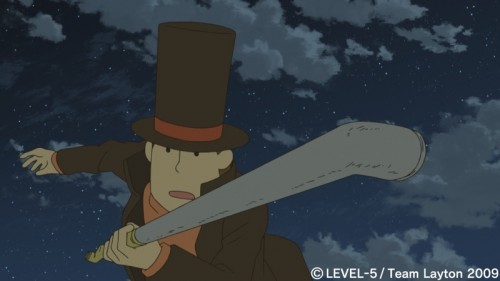 The characters possess the same wit and charm of the games, giving an amusing insight into Japanese culture. Like I said, the voice actors from the games played their parts in the film, and as a result, the characterisation improves on that of the DS titles due to the fact that everyone has a voice. While some of the more quirky characters will be a comical oddity to most, it will probably be a formality for those who regularly watch anime.

Visually, Professor Layton and the Eternal Diva is an engrossing experience, with the cutesy art-style of the games brought to life as a feature-length film, and further complimented by occasional elements of CGI special effects. The music is up to similar high standards. Like all good cinema, it conveys the mood of each individual scene through subtle tones in the background, at least for the most part. 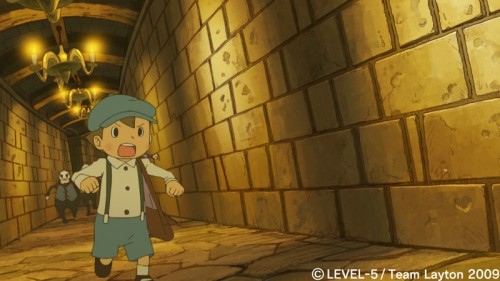 On the whole, Professor Layton’s film debut is a success. The plot features all the twists and turns of the games, plus a slightly sinister inner lining- the puzzles of the games even make a cleverly implemented appearance without being too intrusive on the viewing experience. The regular warping of the story can lead to confusion at times due to its over-complexity, but overall it is a funny, enjoyable escapade for Professor Layton that is particularly appealing for fans of the games, fans of anime, as well as children in general.