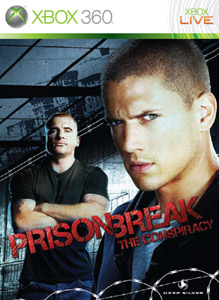 Story
“Prison Break – The Conspiracy takes you inside the Prison Break world like you’ve never experienced it before. You are Tom Paxton, a Company agent sent inside Fox River Penitentiary to observe and report on prisoner Michael Scofield… What you encounter will change your Prison Break experience forever.”

You play as Tom Paxton and see Michael Scofield’s plan unravel through a different point of view. As you attempt to stop Michael from succeeding in freeing his brother, you will run into many of the show’s characters and interact with them in order to get closer to Scofield. The game messes up a few times and changes the actual story of the show but does explain a few things that occurred in the background of the show. The game plays out pretty closely to the show and is truly made for fans of the show. 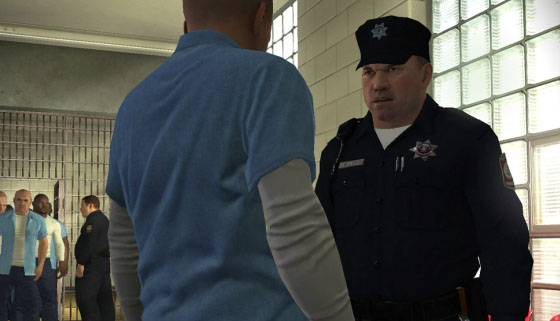 Gameplay
The concept of Prison Break: The Conspiracy is there, but it is poorly executed. The game is based around you trying to stop Michael Scofield from breaking out his brother. While trying to stop him you will be sneaking around the prison and doing favors for people. A lot of favors, the entire game is pretty much getting stuff for people. Since it is a prison, you will be going through the same areas again and again and since every single concept is shown by chapter two the game becomes pretty repetitive.

There are a number of optional things you can do around the jail. You can exercise to increase your fighting strength and speed. You can fight in the underground fights for cash. Finally you can spend cash on getting tattoos and only tattoos. Other than those things, the only thing to do in the prison is the mission at hand.

For a stealth game that is all about sneaking, Prison Break: The Conspiracy is completely linear. There is only one way to do anything. The game tells you that you can turn on radios to distract guards, but the only time you can actually do this is when you are required to. A majority of the game plays out like that; you only have one route to do anything (Albeit the route is not always clear, but that’s only because the AI cheats). AI can’t really cheat, but a stealth game is supposed to be about sneaking around the guards without them seeing you. A lot of the time, you will be sneaking behind a guard and get caught without them even seeing you or even looking in your direction. This brings me to the second annoying thing about the AI. When one finds you it is an instant fail, and you must try again from the last checkpoint. There is no way to confront the AI even if it is another prisoner (which in reality you can bribe) or a janitor (who no one would actually miss if he vanished).

Combat involves button mashing. There are strong attacks, quick attacks and guarding. Strong attacks don’t reward enough damage for the time it takes to execute them, and guarding is pointless since you can’t actually die in the game. The quickest way to dispatch an enemy and there are less than 10 actual encounters in the entire game (not including the underground fights) is spamming the quick punch button until they are almost dead and then finishing them off. If you aren’t button mashing to kill someone, you’re mashing buttons for the poorly placed quick time events which are more of a headache than anything. The game requires you to rapidly press a certain button and then switches to another button without warning. Since you are busy spamming one button, you miss the button switch causing you to lose instantly. Retrying these quicktime events over and over again is one of many annoyances in this game. 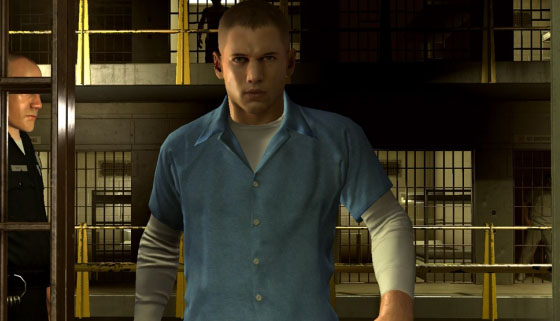 Audio & Graphics
The audio in Prison Break: The Conspiracy is flat out terrible. There are some sound bites that remind you of the TV series and there is the Prison Hallway zoom down between chapters just like the TV series, but everything else having to do with the audio is terrible. Voice acting is shameful and sound effects are lacking. A majority of the top notch actors didn’t even voice act for the game. Michael has every single one of his lines taken from the actual show and many other characters are like that as well. The game also has a problem keeping one volume level; regularly the game will either become too quiet or too loud.

The graphics in the game aren’t bad. The character likeness is pretty well done and Fox River Prison is beautiful. The developers really did a good job at recreating the shows prison and the ability to go around and pin point every location from watching the show was really nice. 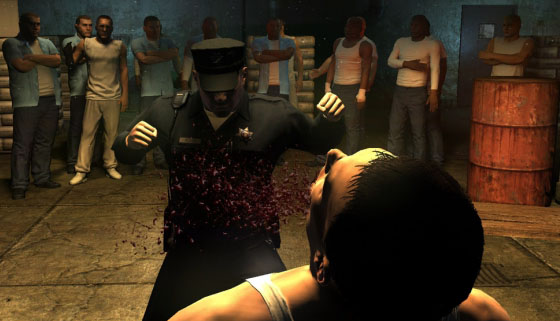 Achievements
The achievements in Prison Break: The Conspiracy are really easy. A majority of them are achieved through simple story progression. The rest are either based in fighting or require a lot repetitive work. Shark difficulty is extremely easy, so those won’t be a problem either. The hardest achievement is the “Invisible” achievement, and that is only because it is glitched and requires you to exit to the dash board every time you are spotted. Overall the achievement list is easy.

Overview
Prison Break: The Conspiracy is a game that puts the series to shame. There are numerous references to the show but it doesn’t follow the first season well at all. Voice Acting is pitiful and the gameplay is repetitive, with nothing new past the second chapter. The recreation of Fox River is spot on and very cool, but the awesomeness wears of quickly as you realize you are exploring the exact same locations over and over again but with new objectives. It is just a prison, but it feels dragged out. The AI is also terrible, and they spot you without even looking at you. Prison Break: The Conspiracy is a game that was intended for the fans of the show, but I am a fan of the show and I had to push myself to get through the game. The concept is there, the execution is not.
I give Prison Break: The Conspiracy