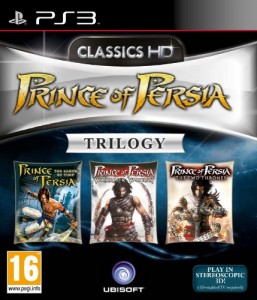 High definition may be all the rage and current standard these days, but the recent trend of these conversions is the type of testament to old classics where the format shines. Seeing the difference based off our memories from the originals and comparing them to glorious HD really does the format as well as the games justice. Not so much the 3D component, because who in their right mind has a 3D TV.

In some respects you can take the cynical approach. With the PS2 and Xbox effectively dead and limited backwards compatibility between the new consoles. Obviously publishers recognize the potential to milk the cash cow with these re-releases, which play on the industries tendency to value graphical improvements, rather than anything else. But on a positive note, these games might otherwise be lost, or at least off-limits to a new generation of gamers, and in some cases that would be a real shame. The Prince of Persia Trilogy is a good example. 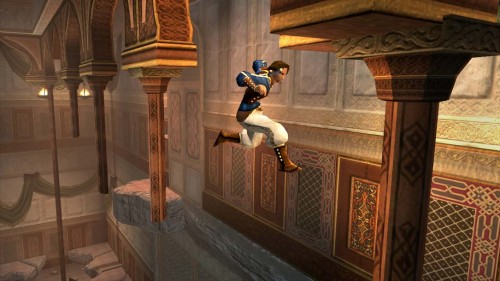 The opportunity to play these 3 games back to back has been a pleasure story wise, it’s like any good trilogy where you effectively spend hours and hours inside the world, only to come out with some sort of over indulged hang over. Try watching the Lord of the Rings Trilogy for example, you come out muttering “my precious” and other such fantasy based nonsense. But alas, this is Prince of Persia, and the lore doesn’t compare.

The original Prince of Persia released in 2003, and all the hype surrounding it at the time is indicative of the quality it holds today. It stands out between the three in all aspects except the visuals, the story goes something like this. The Prince of Persia and his dad are flush with new toys after a playable intro where you invade India and loot the Maharajah’s city, but one such trinket, a dagger, unleashes unspeakable horrors when a treacherous Vizier tricks you into releasing the Sands of Time. It’s bad news for the Prince, but for us what follows is a cleverly told, atmospheric platform adventure in a mysterious palace full of excellent ideas and puzzles. The story book style of the narrative works well and revisiting the world is a pleasure to behold, particularly if you have those nostalgic memories from playing as a kid. 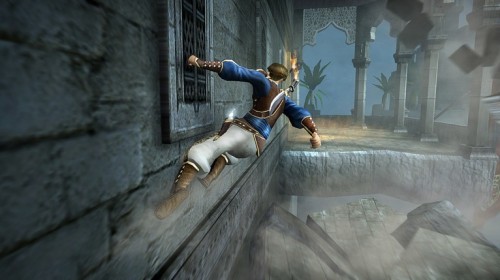 Enter Prince of Persia The Warrior Within, which is more or less a victim of it’s time ironically (2004), where every game had a tendency to be dark and brooding. In addition, the first game had a mixed response at the cash register, so Ubisoft decided to take a darker and realistic turn to chase the mature audience. The resulting game had alot of improvements, but it was the startling transformation of the Prince’s character and unsatisfying story that left the faithful high and dry. The premise isn’t too bad; the Prince is attempting to outrun death at the hands of infernal guardian of time, the Dahaka, and reaches the Island of Time to try and stop the Sands of Time from ever being created – thus changing his fated death. What could have been a great tale of desperation and fighting fate was actually too dark and angst-driven, like a teenage soap opera, that’s not to say it didn’t resonate with 13-17 years olds. But never did the plot make you feel that the Prince was desperate or afraid, just angry and spiteful. That, and it didn’t hold together well, resulting in both game endings being quite lame and self-indulgent.

Following the second games mixed response, more so to it’s realistic approach than anything else. Ubisoft went back to the beginning with The Two Thrones to finish off the trilogy. Making a return to features such as the story-telling presentation and a linear approach with more focus on platforming, while at the same time making aspects such as boss fights less of a grind, the developers found themselves in the right place. Returning home from the Island of Time, the Prince is again faced by the Vizier and his nefarious denizens, as he learns the lessons that he should have across his travails. While not quite as charming as the original, it was a much welcome return to form with clever design, humor in the plot and breathtaking presentation.

In terms of a trilogy, Prince of Persia finished on a high rather than a low, which is the case of many failed attempts. The middle of the ride wasn’t overly promising, but a return to form in all aspects of the game can be acknowledged in the final chapter. As I said, it was a pleasure to play them back to back and considering I had never played these games much before, they stand the test of time.

First off I’ll say the trilogy has a range of 3D options that I could not test because I don’t have a 3DTV, why? Because 3D is fail. Then again, this could be Ubisoft’s way of testing how 3D works, and I’m sure it works fine because generally 3D gaming all tends to be the same in my experience. The HD upgrade across all games is a beauty to behold, but it doesn’t ultimately make the games any better, and they can obviously be enjoyed without it. The interesting thing about the port is that most of the original issues with games in terms of graphics, sound and gameplay bugs still exist. It makes you wonder how much effort was put into the conversion process, its like a straight port, one of the most major complaints is the lack of adding subtitles or simply adding modern improvements to the overall experience. 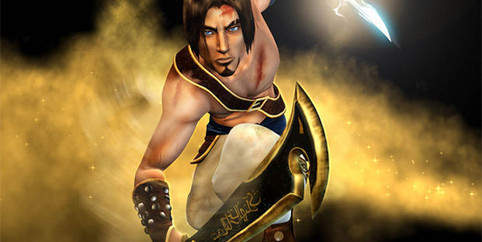 In saying that, the games don’t look or sound bad, which is more of a compliment to the originals than this current version. It doesn’t to compare to the reworkings of the GOW Trilogy, which improved the frame rate, amongst other things. Also the ability to unlock the original POP game would have been nice, it doesn’t effect the game, just the overall experience and quality. You won’t be disappointed by the visuals or sound, just by the overall lack of polish or improvements. But hey, if you don’t want the whole package, each individual game is available for download through the PSN Store.

The Prince is easy to control and has a useful range of abilities – he runs up and along walls, has never met a ledge he can’t hang from or sidle along, and knows his way around a trapeze – but the important thing is that he does everything fast and moves fluidly between actions, which back in 2003 gave Sands of Time an advantage over clunkier rivals like the then failing Tomb Raider. Others have caught up since, like Ubisoft’s other golden child Assassin’s Creed, but the Prince still holds his own. It was rewinding time that helped the series make its name and it’s still a welcome idea, better implemented here than in many derivatives. Should you foul up a jump or take one too many hits in combat, you can use the Dagger of Time to rewind a few seconds’ worth of gameplay and do things differently. It was no surprise to see time-manipulation return in other games and genres in the years that followed Sands of Time, but it is perhaps surprising that some of the game’s other good ideas never caught on. Whenever you reach a save point, for example, you’re shown a cool little video montage of things you’re about to do, and, with frequent checkpoints evenly spaced, more often than not it compels you to continue rather than call it a day. It’s this nature of the game that makes it so compelling to play.

Ignoring the angst ridden attitude and average art direction, Warrior Within is of a similar standard to the first game, in terms of gameplay. A heavier emphasis on combat detracts from the platforming slightly, but everything that made the first such a hit is still in place. Major improvements to combat mean the Prince can now wield two weapons at the same time. His repertoire of moves has been greatly expanded too, with numerous gory finishers to compliment the thematic ‘Warrior Within’. It’s not a bad game by any stretch, just one that tried too hard to conform to what was cool at the time. 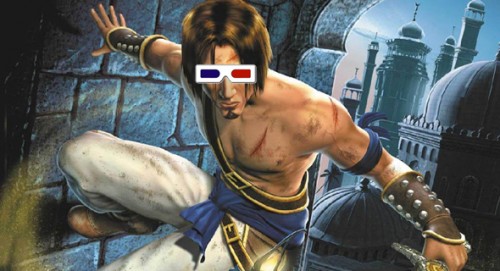 As with the first game, third game Two Thrones has the platforming as it’s shining star, and several new mechanics are introduced. Such as the Prince launching himself off window shutters, flying at 45 degree angles through his environment. He can also slide down chutes and walk along balance beams, as well as everything else he could do in previous games. The Dark Prince brings something to the platform table, too, using his Daggertail to swing off chandeliers, doubling the length of a standard wall run.

The Two Thrones walks a line somewhere in between Sands of Time and Warrior Within. It’s certainly more violent than the previous two, with gruesome execution animations and some fearsome-looking bosses, but it’s portrayed with a maturity that was lacking from its predecessor. For better or worse, it’s also a much more diverse experience than the previous two, with chariot racing, stealth sections and set-piece battles against huge enemies. It’s far more epic in nature, offering an experience more like God of War, but with an emphasis on platforming.

There’s around thirty hours of gameplay spread across the three titles, with a quality of platforming that refuses to drop throughout, only lowering itself in narrative. There’s so much more to getting from A to B than there is with most platform games, which have turned acrobatic traversal into a mindless case of button mashing. In some ways, Sands of Time is the pinnacle of 3D platforming, with a quality of level design and fluidity of controls high in satisfaction. If you’ve never played the PS2 Prince of Persia trilogy before, this is the perfect opportunity to do so 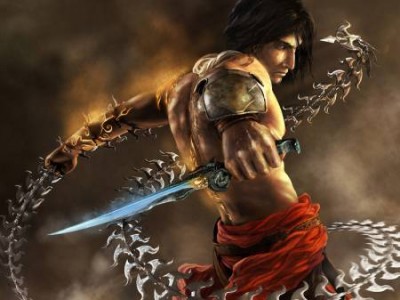 Is the collection worth the money? Well it obviously is if you haven’t played the originals as this is a first class experience. Fans who look to buy again might have second thoughts, as there’s nothing new here other than an up-scaling of graphics, which isn’t really worth it in my opinion. But it’s certainly value for money, and as I mentioned, you can buy and download the games separately if you have no desire to purchase all three.

I give the Prince of Persia Trilogy: