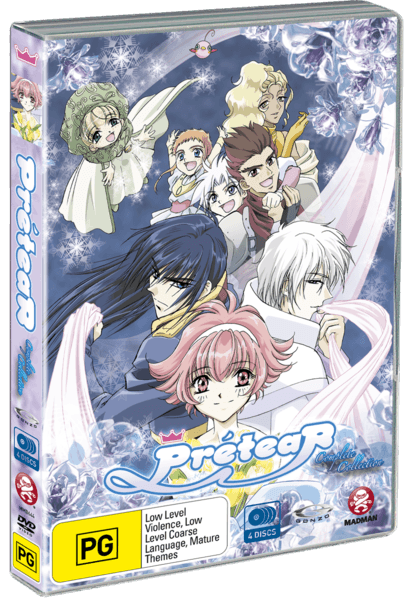 Pretear is an anime series published by Madman Entertainment over here in Australia. The DVD set collects the complete collection of 13 episodes that fill the complete series of the show. The series is a pretty decent show with a story that can be gripping to a certain audience. However there are a few flaws that are prevalent with anime from this era.

Pretears story follows the quest of a girl named Himeno to become the Pretear and save the world from the evil Princess of Disaster. The story is told across all of the 16 episodes which are linked together across the entirety of the series.

What was particularly gripping with this story, wasn’t so much the story of the lead heroine herself, but rather the leader of the Leafe Knights, Hayate. Hayate is a quiet (and slightly douchey) male character with blue hair and a cruel demeanour. The way he initially treats Himeno and the rest of cast makes him seem very unlikeable and unrelatable. However, as the story progresses, you find out the dark secrets behind his demeanour, which helps you to sympathise with him and changes your view completely. 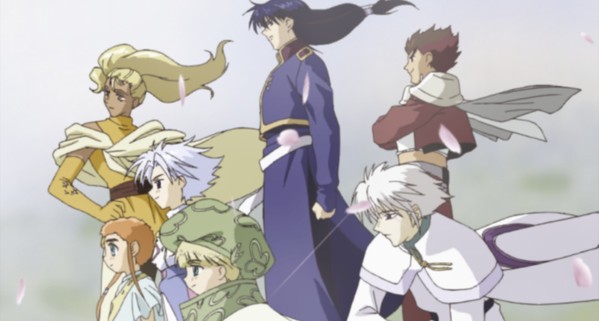 The above is just one example of why I quite enjoyed the story, however, there are a few flaws that I didn’t appreciate too much with the series. One of these flaws is that some of the episodes don’t have the same kind of feel as the series is trying to convey. This made me uncomfortable the first time it happened as it felt like I was watching a different show featuring the same characters and a similar story. However, episodes like these are pretty infrequent, so the negative isn’t as big of a deal as it could have been. But it is still pretty messy. The other negative that I disliked from a story perspective is the way battles are handled in the show. When you watch it the first time the battle shown is excellent and they warp the enemy into another dimension and everything.

But when that happens in every episode and the battles take less and less time to complete, it starts to feel like the show was cheapened and that the conflicts do not mean as much as they should have. What I would have liked to have seen instead of short-lived battles that are essentially useless to the plot, is more personal drama between the characters, and maybe prolonged battles between more significant foes once every few episodes rather than these small skirmishes every episode.

Pretear is audibly pretty good, which is the par for DVD releases such as this. The opening theme is incredibly catchy, while the ending theme is as boring as watching paint dry. It’s one of the things I’m glad anime has shifted from in recent times, as most modern endings are as catchy as the openings.

The English dub, I felt, was excellently done, with a few exceptions. The one main exception was the voice of Hayate. It felt like they were trying to push an Asian descendancy on to him and as such, he had an Asian accent that felt more like a parody than any kind of homage to any discernible Asian heritage. 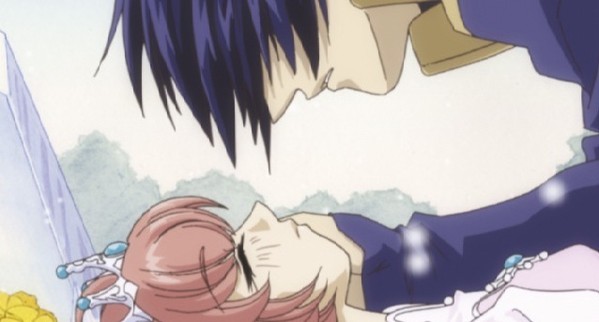 This series has a pretty decent background soundtrack that never really feels repetitive or bland. This is good for this kind of series, where it could very easily have become such a mess. Thankfully the series is short enough for the background audio to remain fresh and there is enough variation to assist people marathon viewing the series.

Visually the DVD copy of Pretear is pretty good. Obviously, a DVD is going to have a significantly lower display resolution than a Blu-Ray disc and it does show. However, the lower quality isn’t as much of an issue as it should be when played on a high-resolution display. I should also point out that on a standard definition television, the quality degradation is non-existent.

The visual style of the show is very similar to anime released in the late 90s to mid 2000s. This is largely because it was released in those periods originally, rather than being produced nowadays. Ultimately, it isn’t a detractor from the series, but fans that have started on more recent series may not find the more classic look as appealing as older fans of the genre.

Ultimately, the visual style of the show fits the series and genre quite well and I don’t think that viewers will be too displeased with the visual quality of the show.

Included in Pretear are a multitude of extras that come along in certain discs. Of these, I found that the most interesting feature was the “Behind the Anime” feature, which featured the English voice cast of the show. 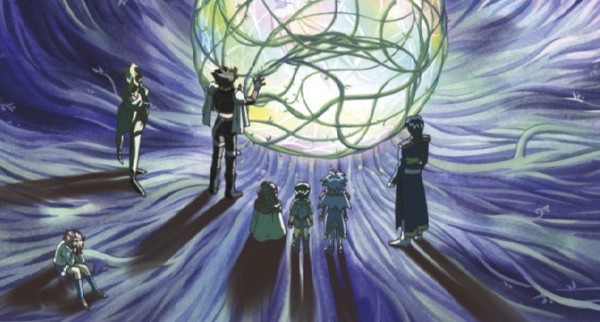 Of course, there are other extras, which are –

The extras are an incredibly interesting watch and add much value to the already decently valued set. This makes the package that much more worthy of a purchase in my eyes.

Overall Pretear is an amazing DVD package that fans of the Magical Girl genre will certainly enjoy. Heck, I’m not one for Magical Girl series’ and I still would hastily recommend this series to someone looking to get into that genre, I liked it that much.

I think that Anime fans in general would be thrilled to have this show in their Anime collection and inventory, even if it is just to buffer their collection size after watching over once. But really, it is good enough to warrant a future viewing after the initial run of the show. I’d definitely advise fans of the Magical Girl genre to invest in this collection hastily.