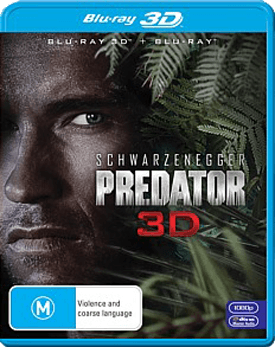 “Get to the chopper!” Such an iconic line from such an iconic film. The 1980s was filled with its fair share of action flicks that would go on to be mainstays of society and have a huge cultural impact. One of these was a little movie by the name of Predator. First debuting in 1987, Predator has quickly risen to the forefront of people’s minds when they think of “Action movies.” Now with Predator 3d, we get to relive that experience all over again, and in eye-popping 3d. Remastered and restored for a new audience, this is definitely the best looking version of the Governator’s tale about a man in the jungle against the universe’s most dangerous hunter. Lack of special features really holds back this otherwise great re-release of a great film. 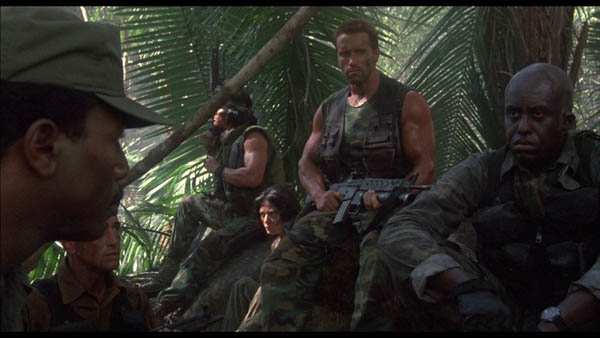 The movie is 27 years old, so excuse me if I accidentally dip into a little bit of spoiler territory. The film’s plot revolves around two individuals – a military commander; Dutch (Schwarzenegger) and a powerful space alien called the Predator. The Predator is bred for only one thing – to hunt, and what better prey than a team of soldiers on a rescue mission in the middle of a Central American jungle. One by one our mysterious hunter picks off the team until it is just down to the Dutch.

This movie shows a lot of hunting, with each side trying to outwit the other until the last one is left standing. Eventually, Dutch manages to overcome adversity and put down the Predator, only to have it blow itself up and take half the forest with it. The plot isn’t too strong, but that is why movies like this have become cult classics – because you can sit down and watch it time and time again and not have to worry about thinking too much while it is on.

One thing to note, and this is just a bit of an observation on my end, but if you skip the first few minutes of the movie (that show the Predator leaving its escape pod etc) and just start when Arnie and his team arrive in the jungle, you get a movie that has a completely different tone. Not having seen the elusive Predator in the beginning, all you see is this specter that hunts down his prey with lethal efficiency. So, if by some magic you have managed to never see this movie before, and don’t know what a Predator looks like then definitely give this a go – it will put a whole different spin on things. 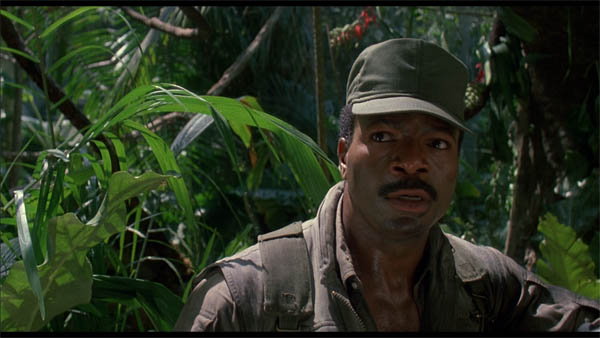 For a movie that was originally released back in 1987, Predator holds up quite nicely and this particular copy is likely the nicest one you will have ever seen.  Remastered and restored to pristine condition and shown in a beautiful 1080P HD means that everything from the lush jungle foliage to Arnie’s intimidating physic all come alive on the screen.

Although it came out 27 years ago, you have got to admire Predator’s use of special effects. At the time, the heat vision that the Predator used was unseen and the slight shimmer while cloaked was amazing. Surprisingly enough, these all manage to stand the test of time and look great even by today’s standards. Sure there are films that can do this kind of stuff better, but for what its worth, what we got 27 years ago is still pretty damn impressive. 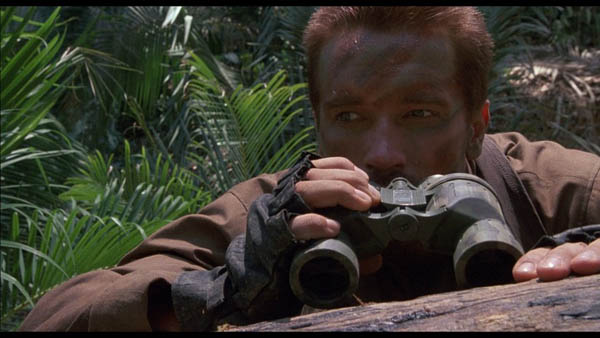 I was a little hesitant when I saw that Predator had been re-released in 3D, considering you know… It was a 2D film all those years ago. Luckily my fears were quickly whisked away once the movie started and I was treated to some of the best 3D post-conversion that I have ever seen. Seeing the leaves of the trees move and shake as the lonely soldiers are picked off one by one, and having them pop out of my screen at me really adds a whole other layer of depth to this movie. The image quality between both the 2D and 3D versions is almost identical too, so even if you can’t play 3D Blu Rays, there is still plenty to like here. 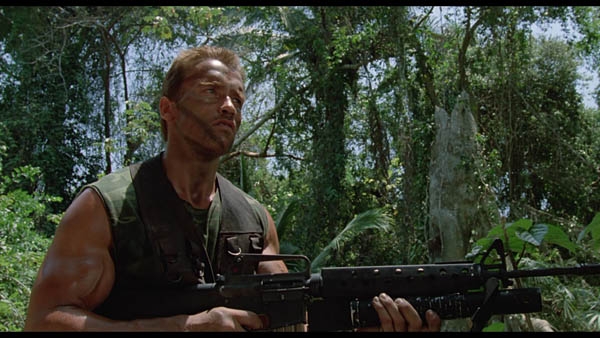 Instead of jumping straight into the extras that are actually ON the disc, I want to mention something even cooler. The case that houses this timeless classic is fitted with a lenticular hologram. When looking directly at the case, you get a nice close up of Arnie’s familiar mug, but turning the case even slightly on its side changes the image and suddenly we are looking at the governator through the eyes of the Predator himself – that’s right, Predator heat vision, baby! It isn’t a selling point, but if you are a fan of the film (and the franchise) then it is just a cool little thing – like the cherry on top.

Sadly though, that is as far as this release goes for extra features. No commentary, no deleted scenes and nothing else to pad the disc. Although, considering you get both the 3D and 2D versions of the film in one, it is hard to complain too much, it just would have been nice to get a little extra bang for your buck. 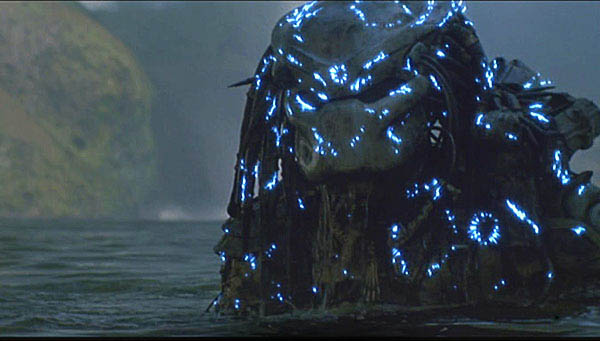 Here is a bit of trivia for you all; back when it was released, Predator was a critical failure. It was almost unanimously hated by the media for its “thin plot,” and “unintelligent.” The funny thing is that today it is why we praise films like Predator and any number of the pantheon of 1980s action flicks. Even though the Predator name has gone through the wash a bit recently with a number of sub-par films and video games, it is good to see the original in all of its glory, never having looked better and in eye-popping 3d. If it is let down by anything, it is that there are no special features to be found on the disc. Regardless of this little shortcoming however it still has me wanting to get to the chopper!