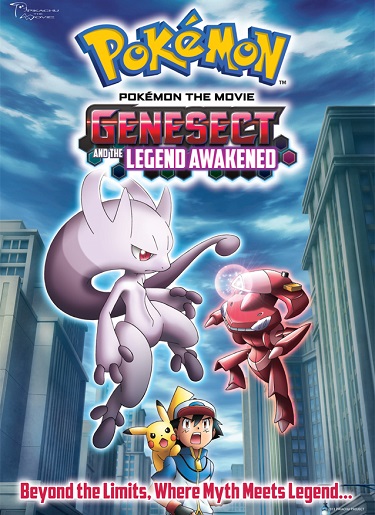 Overview
Anytime an anime series reaches a certain level of popularity a few movies are released for it. For shōnen anime these movies usually are a given and a handful of other franchises are also given a movie here and there, though a few of these tend to be recaps. While Dragon Ball Z movies were being shown on TV here in North America, the first Pokémon movie hit theaters across the nation. Since then the hype has certainly died down despite the Pokémon franchise still going strong. Regardless of that, Viz has brought the latest Pokémon movie, Pokémon the Movie: Genesect and the Legend Awakened, to North America. By featuring a Pokémon that headlined the original movie, is this one worth checking out?

Story
Pokémon the Movie: Genesect and the Legend Awakened begins with a group of Pokémon travelling through an icy wasteland. These Pokémon are a group of Genesect with a red Genesect leading the others in an attempt to find their home. With the group growing tired and weak, one of the Genesect begins to lose hope and is ready to succumb to the elements when an avalanche is triggered and bears down on the group. 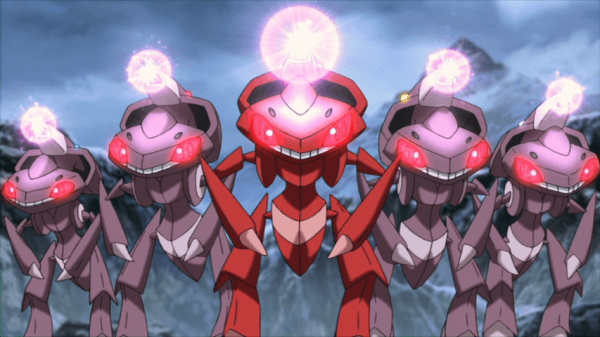 Psychically hearing the pleas of the despairing Genesect, a familiar Pokémon named Mewtwo appears to prevent the group from being enveloped by the avalanche thanks to its newly discovered ability that allows it to Mega Evolve (the Pokémon Y version) into a stronger form capable of stronger psychic control and the power to travel so fast that everything moves in slow motion. Despite saving the fellow Genesect, the red Genesect begins to treat Mewtwo like an enemy and attacks her.

After forcing Mewtwo to leave the Genesect move on and discover a huge city, one created specifically for this movie, where they begin to settle in and make a nest. As this happens, Ash, Iris, and Cilan arrive at the city and explore the yet to be opened Pokémon sanctuary. The night after they arrive the Genesect begin to take over the sanctuary, attacking every Pokémon in sight and building a nest which begins to interfere with the power grid of the city that, if left untouched, will cause a meltdown capable of destroying not only the park but the city itself. 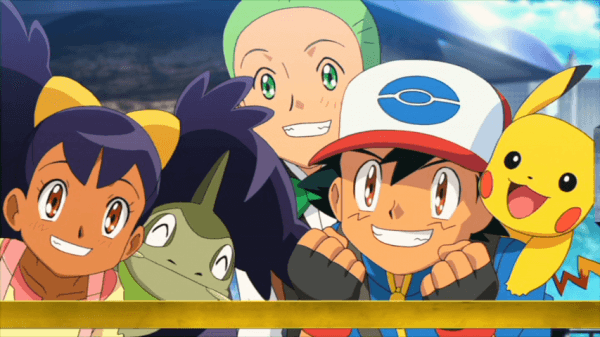 Pokémon the Movie: Genesect and the Legend Awakened features a rather standard plot from thereon out as it sees Ash and the rest of the group try to find a solution for the Genesect problem while Mewtwo, after realizing that they are manmade Pokémon just like she is, returns to try and help the Genesect before realizing that more drastic measures might be necessary to put them away. Throw in some impressive action sequences between Mewtwo and Genesect, a few minor segments with other Pokémon, and the power of friendship and you have the rest of the film as it concludes in a generally solid ending.

Unfortunately while the ending may be solid, the movie itself has a number of missteps and if you happen to have watched the first movie, you likely already know what it is thanks to the gender specific pronouns used throughout the review up till now. The Mewtwo in this movie is presented as a female while the only Mewtwo introduced so far has been male, and after its creation it destroyed the facility that was used to create it. 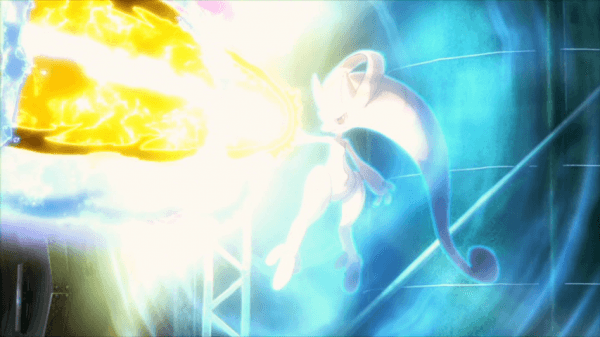 Now it is entirely possible that another Mewtwo was produced thanks to salvaging data since obviously the gender is different with this one and it also possesses additional abilities such as the aforementioned Mega Evolution. However there are a number of scenes mirroring the first movie within this one. It is also worth noting that although the original Mewtwo erased Ash’s memories, it probably would have remembered the youth after the impression he left on the Pokémon at the end of the first movie.

While this can be seen as a simple replacement, it does hurt the movie as a whole which could easily have been seen as some sort of continuation with a few interchanges between Mewtwo and Ash, but instead Ash is more of a background character that is simply there to spout his mantra about friendship and not fighting each other, ultimately resolving everything after an intense battle, giving a solid ending but one that probably will feel rather generic to everyone but the kids.

Visuals
The animation and artwork in Pokémon the Movie: Genesect and the Legend Awakened seemed to shift quite often throughout the movie. Many of the action scenes look amazing with some stellar CGI work blending together with standard animation techniques to present a great looking battle. At the same time, the slower moments suffered from some drops in quality and oddly enough, close-ups of Ash’s face had some rather noticeable banding issues. 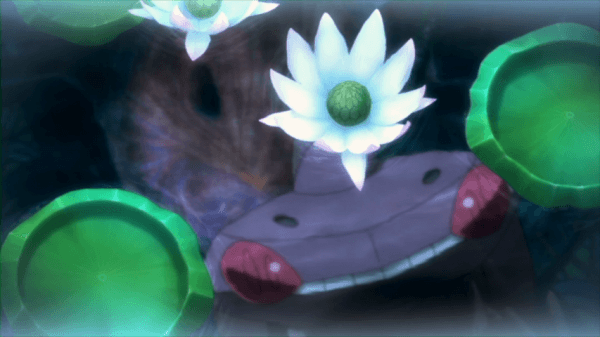 Outside of that the animators certainly paid a lot of attention to detail as the plates on each Genesect’s back were used to denote their element type and whenever their main cannon was fired, it would match the elemental plate. The rest of the Pokémon included in the movie were similarly well animated and detailed to match their counterparts and as for the background scenes, the city appeared to by stylized to look like New York City. A number of the environments within the park look amazing, though this is sadly traded out for some generic looking indoor environments throughout the second half of the film barring the red Genesect’s fight against Mewtwo.

Audio
It is interesting to note that this release does not feature the original Japanese voice track at all and only features the English dub version. That being said, the voice actors all handled their jobs nicely with the main characters retaining their roles while the Pokémon voices were standard fair for the series. As for Mewtwo and the Genesects, as mentioned earlier Mewtwo’s new female voice actress handled the character well-enough and the Genesects spoke with broken but passable English, although the red Genesect’s voice actor had some very generic ‘bad guy’ voice work. 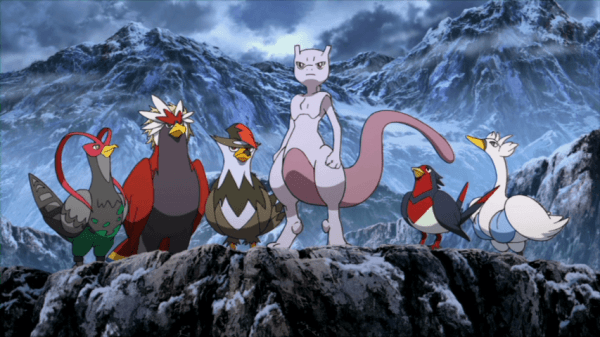 As far as the soundtrack goes, the background music is rather standard fair for a movie such as this and a new opening theme is played while Ash and the gang enjoy the park and a new ending theme is also used for the credit sequence. Both of these theme songs work well for the film and are relatively enjoyable.

Extras
As far as bonus content goes, Pokémon the Movie: Genesect and the Legend Awakened comes with only a trailer for the movie on the disc. Packed in with the disc are a few advertisements for Pokémon products as well as a Pokémon card for a red Genesect.

Overall
Pokémon the Movie: Genesect and the Legend Awakened provides an entertaining story that not only sees the return of Mewtwo to the spotlight but also highlights the newly introduced Mega Evolutions. Sadly this story is hindered by missed story opportunities, fluctuations in the animation quality, and a simplistic ending that ends everything a bit too neatly. That being said, the movie is still very enjoyable as a throwaway story and younger audiences will enjoy it just as much as their family might.