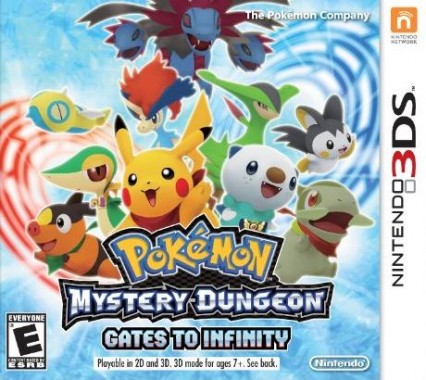 Overview
Want to build your own Pokemon Paradise? Well,  that is the gimmickry and heartbeat that lies behind Pokemon Mystery Dungeon: Gates to Infinity. Over the years, the Mystery Dungeon series has served as a worthy spin-off for the famed franchise, introducing many to the roguelike genre and delivering a meaty storyline to accompany each generation of Pokemon games since Ruby and Sapphire. Gates to Infinity tones things down a bit while sharpening the image of the brand, making the niche genre more accessible to newcomers and ditching the 2D sprites for some nice, pastel 3D models. Does this Mystery Dungeon prove to be worth the trek to the bottom, or has this little lovable series stayed past its relevancy? Let’s find out.

Story
I, myself have played a good number of the Pokemon Mystery Dungeon games in the past, and the main story at the core here stays pretty central to what fans will expect from the series. Players are transformed into one of five Pokemon, and get tossed into a little adventure as they try to find out more about this brave new world while partaking in rescue missions throughout a good number of randomly generated dungeons. The main story revolves around assisting your chosen partner to build their very own Pokemon Paradise, which means the main location where you get your missions will be one that constantly grows as the game progresses onward. Of course there is also an evil source that transformed you into a species of Pokemon to start with, so while you go on these little quests, you will also be hunting for answers. 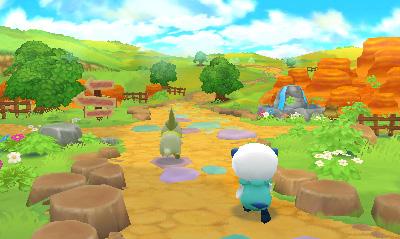 To be honest, while intriguing – the whole Pokemon Paradise storyline is not quite where the enjoyment of Mystery Dungeon is found. Nearly every one of the side-quests where you are trying to solve other Pokemon’s problems have very rich plots covering issues with morality, bullying, friendship, and even death. Yes, there is a ton of dialogue within Gates to Infinity, but it really isn’t shallow text we are seeing here. These little quests have a lot of hidden messages, and at times it can feel as if you are watching an after school special due to the emotion the writers put into the script. If you played Pokemon Black and White, you probably seen that matters from the real world have crept into our Pokemon games. Pokemon International have yet again went this route when it comes to creating a story and while it can be hard to take such deep dialogue coming from these colorful little creatures, Gates to Infinity is a better game for it as there is never a dull moment.

Gameplay
Much like all Pokemon Mystery Dungeon titles, Gates to Infinity borrows heavily from the roguelike genre for it’s main method of combat and gameplay. For those unfamiliar, this means that the player is always placed in randomly generated dungeons that are full of enemies and power-ups, with the key concept of victory being survival until the end. This means that it’s your job to keep you and your squad at the time alive by utilizing the tools at hand during the course of the missions, while running into several enemy Pokemon that will be quick to surround you at a moment’s notice. 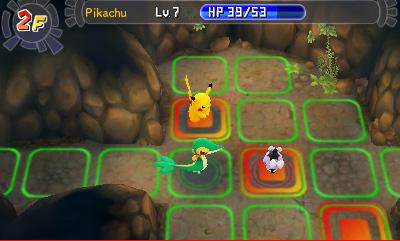 Each dungeon usually comes set up as a maze, with one staircase to be found to progress onward. Once players hit the bottom level safely, they can then finish a bonus objective such as the retrieval of an ally or item or a big boss fight, and then go back to Post Town to claim their reward of sorts. Now, this is just an example of a good set of the dungeons, as some feature minor environmental puzzles – where a piece of log or boulder will need to be moved in order to move forward. Instead of making the puzzle a thinking game, this title sticks to throwing enemies at the player as they attempt to progress, as every step you make is a step of your enemy as well. Think of it as a giant grid-based boardgame, where every player can move one square at a time. As you move, somewhere in the same floor of the dungeon, an enemy is getting closer to you. Gates to Infinity will even allow you to see this grid as you are in a dungeon as well, so much like the older titles, this is still a turn based affair when it comes to movement. 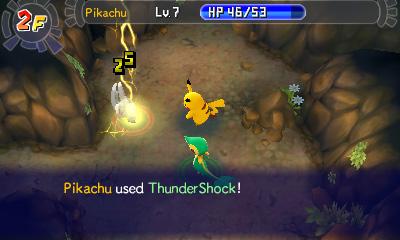 Combat is where the true strategy of Mystery Dungeon lies. Once the player encounters an enemy Pokemon, they can back up, move forward, or attack. By holding the L button, a list of your standard attacks will appear. Just like the main-line games, these attacks include each Pokemon’s basic moveset, where moves are able to lower speed, cause damage, raise defense, or cause an infecting status effect such as poison. Unlike the main-line games is that these effects can linger outside of an encounter. For instance, if a Pokemon uses string shot, you or your partner will remain slow until the effect wears off or a wonder tile is found to reset your Pokemon back to normal status. Yes, it can be a bit to take in if you are new to these parts of the Pokemon franchise, but returning players should feel right at home as things have mostly stayed the same.

While exploring a dungeon, one of the biggest elements of survival is item collection. Usually, items can be picked up from the floor or purchased from shops beforehand, and then used when needed. Most of these include the ability to boost HP in doses or knock out a nasty status that plagues you or one of your team members. Orbs and seeds are also able to be collected as well, but provide temporary abilities to boost stats or lay out a heavier offensive blow. Oddly enough, the game itself is not all that challenging outside of boss fights and due to the rather competent AI, I would imagine that a lot of you won’t be too worried about making it to the end of a dungeon before bottoming out due to the heavy amount of items that are found just about everywhere. There is even a handy little password system to obtain event items, so those of you who grew up entering codes to make life easier – well, you will probably enjoy the nice throwback option here. 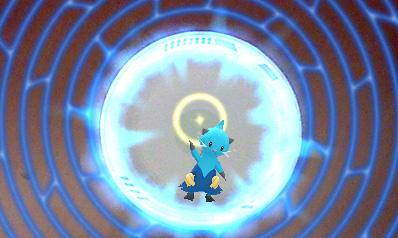 One of the finest features of Pokemon Mystery Dungeon: Gates to Infinity is the hefty amount of replay value. For starters, this title already can last a good 15-20 hours as it stands, but a new option has been added to give a greater challenge. By scanning an item with the 3DS’ outer camera that is shaped like a circle, the player can generate a challenging dungeon that opens up a new adventure of sorts. Yeah, it isn’t a fully featured add-on and is more of a way for players to get a little more out of the randomly generated fare, but I found it to be a welcome – if not pretty basic addition to the series.

Visuals and Audio
As I mentioned, most Mystery Dungeon titles have been 2D in the past aside from one WiiWare romp that never made it to the states. This title goes above and beyond to change that, adding in 3D models for every Pokemon in the game. Let me say that if you have been looking for a game with “popping”, colorful graphics on the 3DS, then this will be one of the finest choices you can make. The entire world has a light, pastel vibe, so even if things get serious during the story, the light-hearted nature of the visuals will take over to act as a safety net. Like it or not, this series main audience is intended to be young, and while older gamers will enjoy the more grown-up themes, the graphics were made to appeal to a younger market and do their part in keeping everything feeling very kid friendly. 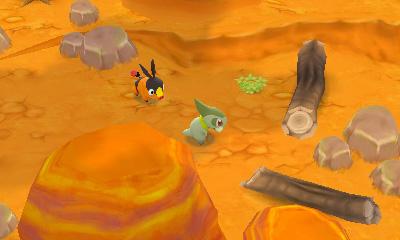 Soundtrack wise, the tunes in Gates to Infinity are very light and subtle, much like the visuals. Most Pokemon games are known for their memorable and stellar soundtracks, but Mystery Dungeon is more about setting a mood rather than putting on a grand showing. Since text boxes are used for all dialogue in the game, there is no voice acting and instead little sound effects and still images to portray one character’s emotions. This does work just fine, but I think it’s about time to let Mystery Dungeon take a risk and add in a little more character. Sure, Pokemon cries work, but why not season the already different experience with some voices from the anime?

Overall
Pokemon Mystery Dungeon: Gates to Infinity is deep yet shallow, simple yet challenging – but still proves to be the most stand-out addition of the series to date. This cast of generation five Pokemon tell a great number of stories that come together to teach life lessons, and while I still don’t know if I can say I learned anything from a colorful grass type in distress, I can say that it’s quite refreshing to see such an important franchise step up and try to add social skills to an already booming world. Pokemon fans, there is nothing stopping you from snagging up this little gem and taking in a brand new story to end the generation before X/Y are delivered later this year – as this title is definitely of the more memorable releases in recent years. Fans of rouguelikes however will probably find a greater challenge elsewhere. With all of that said, what we have here is a sequel that takes a step back, and then takes one step forward, but still retains all of the aspects that made it successful in the first place. Sure, it might be time to shake things up in a greater fashion, but for now, this side dish is one with a lot of heart, and acts as a satisfying side dish to keep that Poke-hunger at bay.