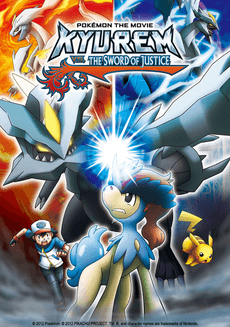 Overview:
15 years ago, the Pokemon anime series first begun airing in English. It wasn’t too long until the first Pokemon film hit cinemas to great success. Here we are now 15 years and 15 films later at Pokemon Movie 15: Kyurem vs The Sword of Justice (In case you didn’t notice the number 15 is important here). There has been lot changes in all that time and it is clear to see the direction that Pokemon has taken as a series since the days when Pikachu was still thundershocking Ash and Team Rocket was blasting off again. So has the series lost its charm or has it endured with the changing tides? 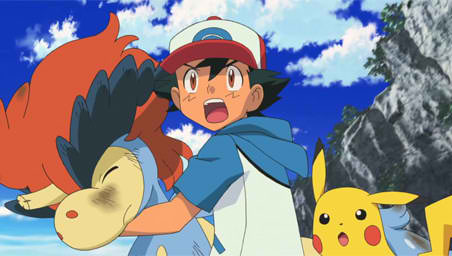 Story:
Pokemon Movie 15: Kyurem vs The Sword of Justice is quite a strange entry into the Pokemon film franchise for a number of reasons. First of all instead of focusing on Ash and his friends, it primarily follows legendary pony Keldeo and his struggle against Kyurem the legendary dragon. Ash and company take more of a backseat roll in this film, simply tagging along for the proceedings for the most part not playing to great a role in the story.

On top of that, this film features more talking Pokemon than any to date, which is odd given that Pokemon traditionally don’t speak. This film features Keldeo, the three legendary Swords of Justice and Kyurem all speaking perfect English for reasons that are never explained. Long time Pokemon fans may find problems with that but for the children it is aimed at they are sure to find the idea of more talking Pokemon exciting. 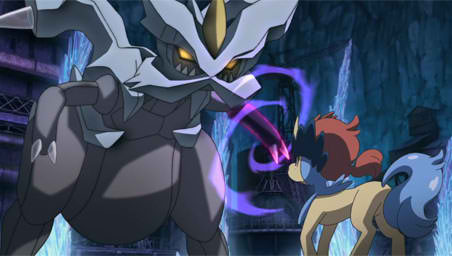 The film tells the tale of the Pokemon Keldeo and his desire to become one of the legendary Swords of Justice, in order to achieve this one must be able to defeat the legendary dragon Kyurem. Keldeo decides against the wishes of the other Swords of Justice and challenges Kyurem to a battle despite being clearly not ready to do so. He suffers immense defeat which results in the freezing of his comrades and he runs away in fear. This sets into motion the vents of the rest of the film, which largely just consist of Kyurem constantly attacking an chasing Keldeo as vengeance for fleeing from battle. The end result is about an hour and 10 minutes of Kyurem raging after Keldeo. It isn’t exactly the most compelling story and there certainly is not a lot of emotional resonance with these characters and their plight.

While the plot is relatively lacking in substance, there is a fair amount of engaging sequences that hold things together, the chase through the city at night was one of the best scenes we have seen in Pokemon to date, it was exciting and well detailed. In fact if there is anything that this film has in abundance it is action, there is a lot of great set-pieces that are actually very memorable such as Kyurem’s abandon mine-shaft home and the battle arena he creates out of ice.

Ultimately despite its oddities, Pokemon Movie 15: Kyurem vs The Sword of Justice is a very enjoyable film for all ages. It isn’t lacking in action and it makes up for its somewhat weak story with its constantly accelerating pace and air of excitement that you can’t help but be swept up in. 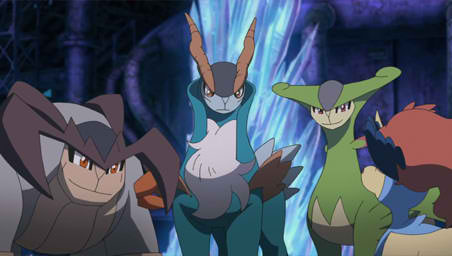 Visuals and Audio:
What really sets Pokemon Movie 15: Kyurem vs The Sword of Justice is its stunning visual set-pieces. Not only does this film feature creative settings for Ash and friends to explore but it features some of the most unforgettable sights in Pokemon history. The city night chase scene in particular is an absolute stand-out. In fact the city night scenes in general are utterly gorgeous, perhaps the best aesthetics the series has seen to date. The arena that Kyurem and Keldeo battle in is likewise an astonishing visual creation. The animation and art on show in this film are simply gorgeous. The only dark spot on the visuals is the awkward looking CGI, that seems very unnatural alongside the beautiful standard art.

In terms of the soundtrack, this wasn’t exactly the franchises most impressive outing. There were times when the background tracks were noticeably misplaced and mistimed, creating some strange tone that did not at all fit with the mood of the scene. The opening and ending theme song while not necessarily being bad, are easily forgotten due to lack of a catchy hook and nonsense lyrics that have little bearing on the film. It was certainly not the most impressive soundtrack that could have been featured in this film. 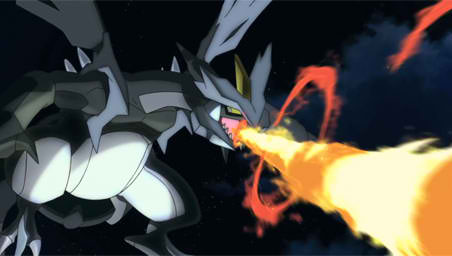 Overall:
Sometimes we build things up in our heads so much that the reality can never live up to it. For long-time fans of Pokemon who look back on the early days with a nostalgic smile, seeing this film won’t do anything to recapture the feeling they once felt, but for the new generation of Pokemon fans that are just being introduced to the wonderful world of Pokemon, this is an admirable effort. It may not be brilliant, but it is a lot of fun.

At just over an hour in length, the film could be longer and its lack of the Pikachu short film that has become a staple of the series, is disappointing. If you can overlook any preconceptions you may have and just take this film for what it is, an enjoyable children’s film, you may just find yourself swept up in the fun of Pokemon Movie 15: Kyurem vs The Sword of Justice. Sure it isn’t that same Pokemon that it was 15 years ago, but in all that time a lot of things have changed; Pokemon’s audience, companies working on the series and even the world as a whole. Change is scary but more often than not it is necessary. Pokemon couldn’t stay the same, it needed to evolve, Pokemon Movie 15 is the result of that. While so much has changed one thing hasn’t – Pokemon still has heart.