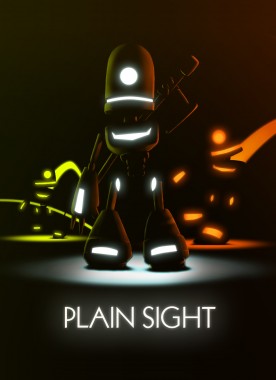 Plain Sight is a mind bending competitive multiplayer game about suicidal ninjas. Players will race around maps attempting to blow up as many opponents as possible, but must be careful as a greater score will literally make them a bigger target.

Up to 19 robotic suicidal ninjas to blow up. Is a plot really required when the words “suicidal” “robotic” and “ninjas” are all in one sentence? Those who think so will be sorely disappointed as Plain Sight is purely a multiplayer frag fest. The stories that will be retold will be that one time you lost all your point after being ambushed from behind by your best friend at that LAN party, not how one brave suicidal robotic ninja grew up to save a village. 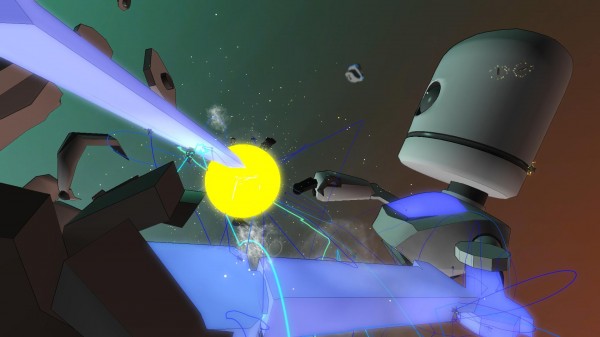 Plain Sight is an easy to learn game that combines features found in modern multiplayer competitive shooters like Call of Duty with simple to learn gameplay. Players will chase each other in a variety of multiplayer maps in an attempt to successfully ram themselves into their opponent, instantly killing them. For every successful kill, the player will collect energy points of their fallen foe and grow in size, until they tower over the map. After a minimum of energy points are banked, players can either blow themselves up in a large explosion and put all the collected points safely in the bank or risk it all by continuing to collect energy. Every time the player blows themselves up, they must collect at least the same amount of energy collected previously to fuel their explosion. Any opponents caught in the suicide blast will multiply the points collected. 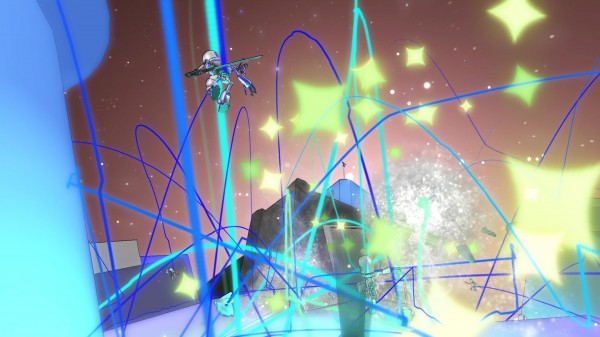 As the game progresses, players are awarded experiences that can be spent on upgrades that modify stats things like run speed and meltdown time or add new abilities like repelling charging opponents. These augment the three perks chosen before the game which can turn the tides in a game in a pinch. The perks are on a separate cooldown timer that can be activated with keys 1-3.

There are five gameplay modes. Traditional mainstays like Deathmatch, Team Deathmatch, and Capture the Flag are all available. Lighten Up is a twist on King of the Hill. The game is a free for all but players must attempt to create the largest explosion on a lit up area of the map. Every few minutes, the lit up area will change and points will be awarded to the largest explosion. The last mode is Ninja! Ninja! Botzilla! One player becomes Botzilla, equipped with a powerful flaming sword that neutralizes the need to charge a dash, and will attempt to kill the rest of the ninjas. The rest of the team must work together to slowly whittle down Botzilla’s size until he dies. Then, a new player becomes Botzilla and the cycle repeats itself. Points can only be scored as Botzilla. 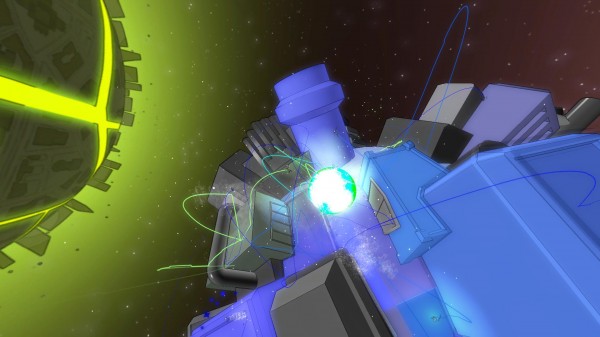 Gamers who suffer from motion sickness will probably want to avoid Plain Sight. The game is wonderfully mobile yet smooth at the same time. It reminds me of the wire-fu movies like Crouching Tiger, Hidden Dragon on robotic steroids. The twelve maps included with the game are not flat, as players will run around the top, the sides, and even the bottom of the map. Players will jump from wall to wall as they line themselves up for the perfect dash into an opponent. Plain Sight’s action is fast and furious like old school shooters from the early days of PC gaming. 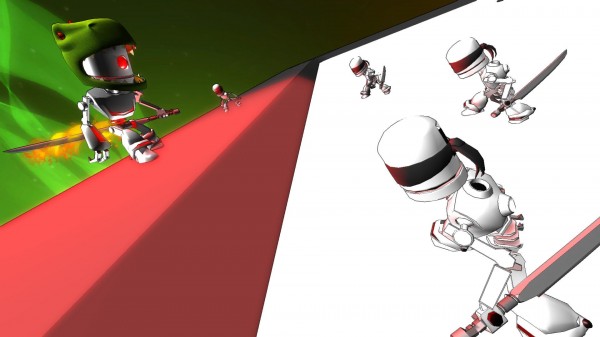 The controls are easy to learn. Anyone who has played a FPS on a PC can pick up Plain Sight and jump into the game after the short mini-tutorial. The basics can be grasped with just the movement keys and left click, the rest will simply make dominating the game easier. Unfortunately there is no way to rebind the keys while a game is in session. This must be done in the game’s main menu.

Plain Sight’s AI make for a good challenge. They are available in three different difficulty levels and can be added to any game to help add some extra numbers to the server. They act naturally and at high difficulty levels become extremely competitive for deathmatch based modes. The AI falters on objective based modes like Lighten Up. Although the AI aren’t a proper replacement for human opponents, they still put up enough of a fight to hone the skills.

Plain Sight is rather simple at first glance, but once the game gets moving, the surrounding erupts in colours. Surfaces change colours as players land on them. Robots will trail long coloured ribbons behind them. The visuals are primed to provide to be helpful to the gameplay experience as the colours directly correspond to how much energy a player is storing. The computer requirements are extremely low which provide a smooth experience for anyone with a relatively modern computer. 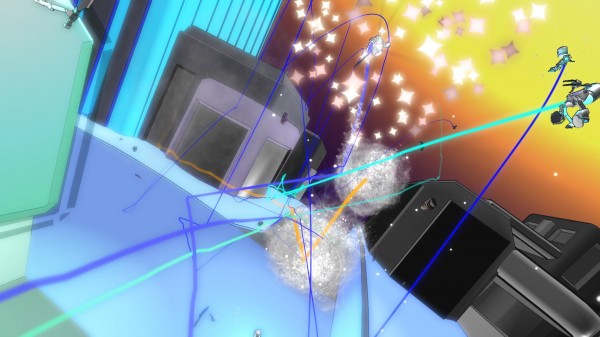 The menus in Plain Sight is accompanied with a wonderful jazzy tune, however once in game, Plain Sight is mostly quiet save for the sound of dashes being charged, footsteps, and robots colliding into one another. Some music in the game would have been appreciated. On the other hand, the sound effects feel like a great match to the theme of the game.

At $4.99, Plain Sight is a no brainer for a quick and easy LAN party game. Although the AI can pose a challenge, the game is simple enough for anyone to master within the first ten minutes of gaming and is just way more fun with friends.