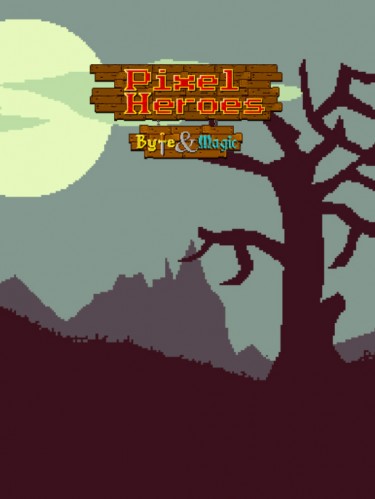 Pixel Heroes: Byte & Magic is a rogue-like homage to the early days of gaming. Players will choose three heroes and embark on a randomly generated adventure full of monsters, pop culture references, and loot. The game currently spans across three campaigns and 13 dungeons, each capped off with a boss.

The story in Pixel Heroes: Byte & Magic is a pretty casual affair. There is a bit to read, but nothing too intensive. Most of the writing is silly and light hearted comedy that pokes fun at almost everything, including the game itself. Pop culture nerds will love playing spot the reference, as the references have been liberally salted throughout the game. 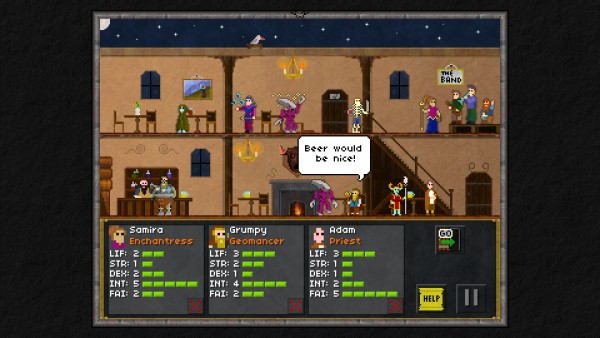 Pixel Heroes: Byte & Magic mixes the current trend of rogue-like titles with old school turn based RPGs. Upon booting up the game, players will be introduced to a tavern full of potential heroes willing to go on an adventure. Although there are thirty classes in the game, players will only have access to a small handful from the get go. The available heroes have randomly selected classes, two class skills, and some random bonus stats.

From there, the party will enter the town that serves as the main hub for the rest of the game. Here, players can buy new equipment, accept quests, get drunk, and resurrect party members that didn’t make it out of the last dungeon alive. The townsfolk have plenty of things to say and errands they want you to run. Upon accepting a quest, the party is off on a journey to the dungeon. Along the way, players will usually have three to four random encounters that can range from a silly little conversation or a good ol’ brawl. The dungeons are equally linear. Each have seven rooms for mobs or random events and a boss battle to cap the whole thing off. The gear that drops are all randomly generated, though half of the stuff will end up in the trash due to the miniscule 20 slot inventory. I feel that it could be extended by five or ten slots, because trying to keep some immunity gear for specific dungeons and hold onto some items to sell at the same time is practically impossible. 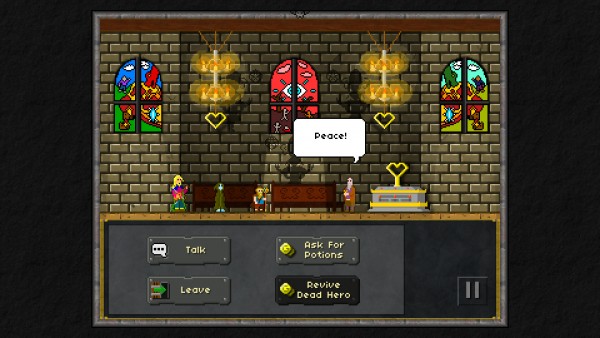 Combat is a turn by turn affair. Each team can complete one action per turn. After a character executes an action, they are forced to rest for a turn, unless they are the final character alive. Characters can only attack enemies, based on the enemy’s position within the enemy group. It is a pretty simple battle system that is very easy to pick up, but provides a bit of depth with a myriad of status effects and a rock paper scissors style damage system. The elements are named after mystical creatures, but they generally reflect the commonly associated element to the creature. The real challenge in the combat is learning and memorizing enemy weaknesses in each dungeon, as coming prepared for the dungeon makes the fighting a lot easier. 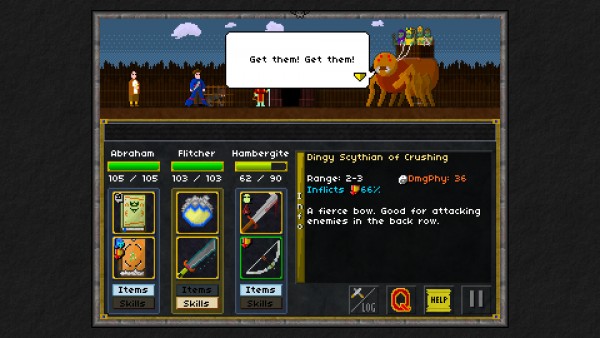 Pixel Heroes: Byte & Magic makes no effort to hold the player’s hand. It is not a difficult game to learn. Character stats and their effect on damage and healing is straight forward. However, players should be ready to do a little experimenting, exploring, and in true retro fashion, reading. There is no tutorial, just an ever present help button that lays out the basics and a short PDF manual. Like any good rogue-like game, each death is a learning experience.

The control scheme is extremely simple. The entire game is played with a mouse and a series of icons. Icons are nice and big, which makes the game an ideal choice for people playing on laptops or Windows-based tablets on the go. 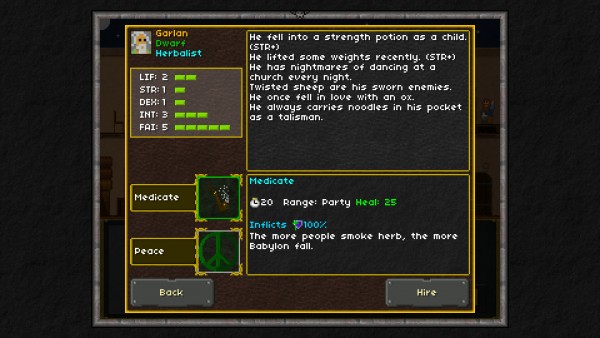 Pixel Heroes: Byte & Magic is deliciously retro. If it wasn’t for the pixelized homages to the likes of Assassin’s Creed and other bits of modern pop culture, it would be perfectly reasonable for someone to assume the game is in the 90s as the game is presented entirely in 4:3. There’s no widescreen support in sight and a stone grey border occupies unused space, so feel free to pop the game open in a window.

Chiptune fans have lots to love in this game. The soundtrack is solid. The sound effects are a great throwback and really round out the whole retro feel of the game. 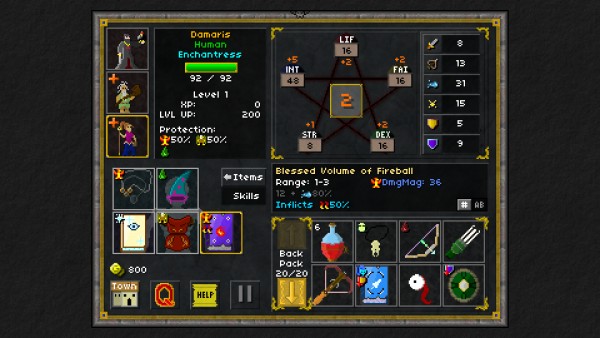 There is a lot to like about Pixel Heroes: Byte & Magic. It is a perfect game to play on the go for RPG fans. It is simple enough to play while sitting on hold with your ISP or watching TV, but challenging enough to keep hardcore gamers on their toes. As a bonus, nostalgia nerds and pop culture fanatics will feel right at home with The Bitfather’s creation.