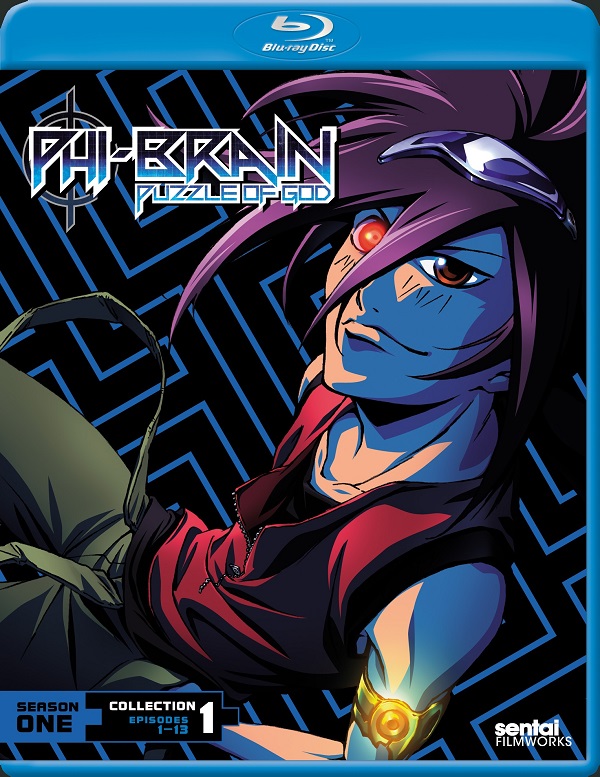 Overview:
Many stories revolve around a puzzle of some kind, whether it be a murder mystery, discovering clues to track down a thief or some other crime related drama to survival situations. However despite the prevalence of puzzles in most stories, few take the risk of focusing entirely around solving puzzles as a plot point. Enter Phi-Brain: Puzzle of God, a series which revolves around just that, solving various puzzles. Now that Sentai Filmworks has brought the series overseas in Season One: Collection One, does this formula create something worthwhile?

Story:
Kaito Daimon may look like a delinquent but appearances can be deceiving. In fact he is one of the best puzzle solvers at his new high school. In fact, Kaito is so great at solving puzzles that even puzzles created by a dedicated puzzle solving club barely take him five seconds to complete. Kaito sees puzzles as a form of entertainment that everyone should be able to enjoy, however when Kaito is challenged by a mysterious man to solve a maze puzzle where failure means death, Kaito takes the man up on his challenge in an effort to learn why someone would create such a deadly puzzle.

Upon solving this puzzle, Kaito receives a special upper-arm bangle that is called Orpheus. Orpheus unlocks the hidden potential within Kaito’s mind, allowing him to solve even the most difficult of puzzles. With this artifact attached to his body, Kaito is given the title of Solver and is introduced to a new side of the world that he never knew existed, one where a mysterious organization known as POG is breeding “Phi-Brains,” highly intelligent people that may be able to solve the “Puzzle of God.” 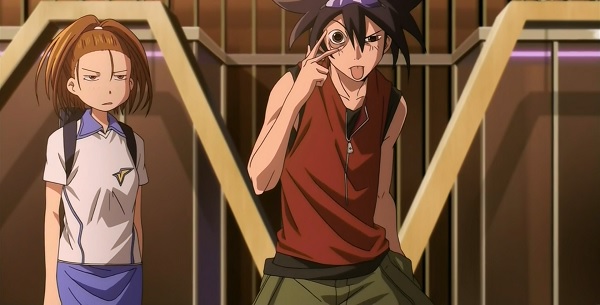 To do this, POG is full of people named “Givers” which create difficult puzzles for “Solvers” such as Kaito and other people with special titles such as his to solve at both great risk but also great reward. However as Kaito soon learns, POG is willing to do absolutely anything to reach their goal, even if it means killing his friends or destroying an entire city if he fails. Will Kaito be able to take on every puzzle placed in front of him and discover more about the mysterious POG organization?

Phi-Brain is a very unique series to say the least. By placing puzzles at the forefront while still offering a very shōnen like experience, many viewers may find the title surprisingly refreshing at first. Every episode features a different puzzle of some sort and while most of them are quite basic, such as car-sliding, choosing between liars and truth tellers, mazes and even more complicated ones, they have all been upgraded to over-the-top proportions.

Put this together with the fact that nearly all of the major puzzles introduced in collection one reward failure with death, sometimes through extravagant means, and these puzzles are certainly something that makes Phi-Brain unique. It’s also worth noting that viewers at home can also try to solve these puzzles, though it does break the series’ life-and-death aspects of puzzle solving when most of the puzzles can be solved faster by the viewer than by the character taking the challenge. 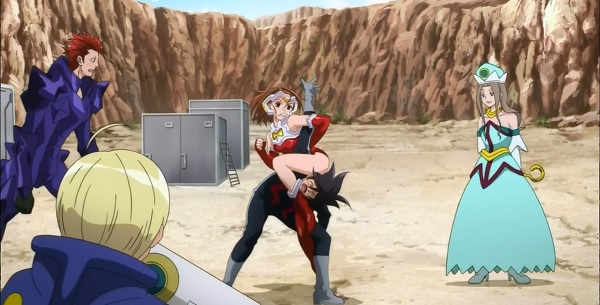 It also is quite unfortunate that while the whole “risk of death” thing does heighten the tension a bit, viewers will quickly realize that this tension is simply an illusion. This is thanks to the fact that Kaito’s Orpheus bangle is basically allows him to instantly solve a puzzle in the blink of an eye. A friend is about to die or something else horrible is about to happen? No worries, Kaito always comes through last second through the use of his magical accessory.

Only at one time in this first release does anything truly feel like it is on the line and this is also where we learn about Kaito’s dark past, but even then, everything is still solved rather quickly. Kaito ultimately is the only character who really is given much in the way of any development, as his best-friend Nanoha fits your stereotypical sporty-girl that has one or two unique skills archetype and the rest are rather bland as well. It is worth noting though that the interactions between the characters in the series are often quite hilarious so even though they may not be the most unique characters, they still are enjoyable enough outside of the puzzles.

With the unique aspect of puzzles and an illusion of tension surrounding each one, Phi-Brain: Puzzle of God still is quite a refreshing and entertaining series. There is a bit of plot here and there, though many of the puzzles simply are standalone affairs with mini-arcs scattered throughout. That being said, this release does end on quite a cliffhanger that will leave those who enjoy what Phi-Brain has to offer looking forward to the next release.

Visuals:
The animation for Phi-Brain Puzzle of God Season One Collection One is hit and miss at best. The character designs for Kaito and the other Solvers we are introduced to in this release are nicely handled, though the rest of the staff, including Nanoha are very stereotypically designed. Thankfully, the characters’ faces are all very expressive so this means that their various interactions with one another work well. It is worth noting however that there are a number of dips in quality that occur often, usually at mid-range but even on close shots of characters as well. 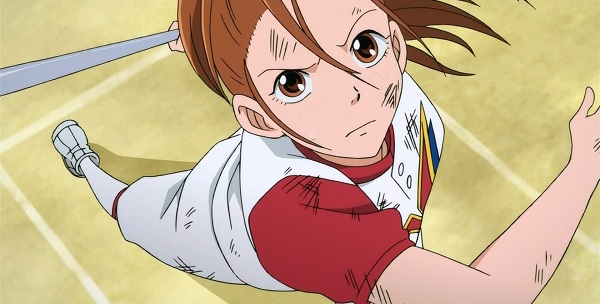 The puzzles themselves are nicely handled and thanks to some stellar background design, most of them are quite impressive looking. Phi-Brain makes the jump to Blu-ray quite nicely with crisp visuals, although the quality of the artwork is quite low throughout the release.

Audio:
With Phi-Brain, Sentai Filmworks decided to give the series an English dub and as far as their performances go, they provide an adequate job voicing the characters. Ultimately there were no real stand out performances from the cast worth mentioning, though if anything David Wald’s work with Kaito is probably the most noteworthy for fitting the character well. This release also contains the original Japanese voice track for those interested in that particular option. 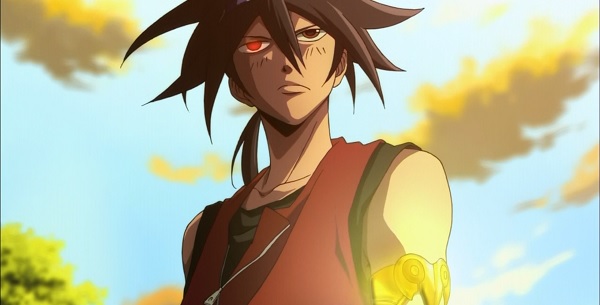 With such focus on puzzles and time limits, Phi-Brain makes effective use of background music to enhance the dramatic feel of difficult puzzles, though outside of puzzle situations most of the background tracks are very forgetful. The opening theme in this release is “Brain Diver” by the well known May’n while the ending theme is “Hologram” by Natsumi Kiyoura. The opening theme is very catchy and helps start off every episode with a nice exciting feel, though the ending theme is unfortunately something many will likely skip over as it is not noteworthy in any way.

Extras:
As far as bonus features go, Phi-Brain Puzzle of God Season One: Collection One is very bare-bones. Outside of a clean opening animation and closing animation, the only other extra content are a few trailers for other Sentai Filmworks releases. While the opening animation sequence is nicely done and worth checking out, these scant amount of extras are as basic as it comes.

Overall:
Phi-Brain starts things off with a nice memorable setting with a refreshing take on anime. By focusing almost entirely on puzzles, to a ridiculous scale at that, the series manages to offer a shōnen like feel with only some of the shōnen pitfalls. That being said, the illusion of drama and run of the mill characters drag the series down and sometimes puzzles and their risks are so extravagant, it feels more comical than anything else. With a lot of the show still left to be released, those who find Phi-Brain to their liking will likely be willing to stick around to learn more about this Puzzle of God, despite the issues the series demonstrates in its initial release.