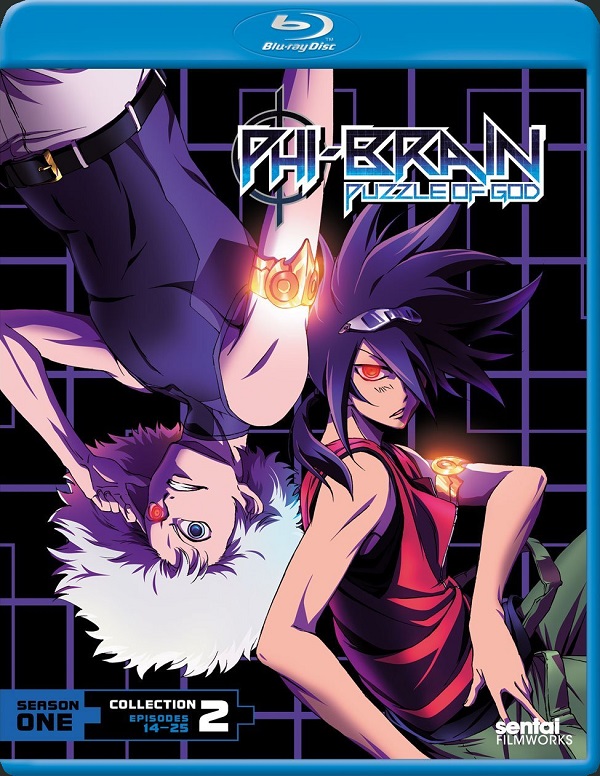 Overview
Despite there being many video games and television series focused entirely around puzzle solving; only an anime about solving mysteries has been explored. An anime focused almost entirely around solving puzzles would certainly be something unique and so far from the first half of season one, Phi-Brain is just that. When we last left the series, the anime’s storyline was finally getting into high gear, however will it be able to keep up that momentum throughout the second half?

Story
A young high schooler named Kaito Daimon is widely regarded by his classmates as being the best puzzle solver in the entire school. Practically no puzzle he comes across is enough to slow him down for longer than a minute. However when he stumbles upon a puzzle which kills the solver if they end up getting it wrong, he discovers a new side of the world that involves dangerous puzzles that pay off risk with great reward. 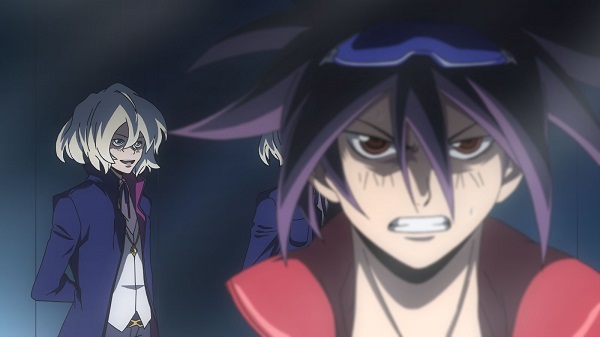 After solving one of these deadly puzzles, Kaito finds himself in possession of a bangle named Orpheus which has given him the special ability to tap into his hidden potential and solve almost any puzzle in the blink of an eye, even when he had no idea how to solve it before the power activated. After obtaining this bangle he has been thrown into a world where a mysterious organization named POG has been attempting to solve the “Puzzle of God” by creating Phi-Brains intelligent enough to crack the most difficult puzzles in the world.

It should go without saying, but jumping into the second half of season one will leave viewers lost and anything mentioned below should also be considered spoiler territory. Anyways, when we last left Kaito he had just discovered that his childhood friend Rook is working for the same organization that has been putting him and his friends in deadly situations. After suffering this shock, Kaito is devastated to the point of unconsciousness. 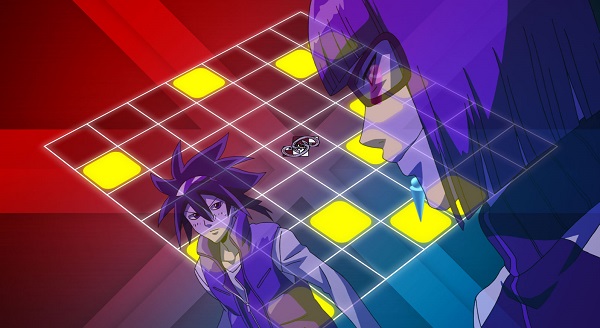 When Kaito recovers, he begins to dig into the past of his old friend turned enemy Rook and upon doing so the plot begins to take quite a different turn leading into a number of revelations which end up being rather surprising considering the nature of the series up to this point. You see, while these puzzles have always had an air of dread about them thanks to the fatal cost of failure, any aspect of tension was usually alleviated thanks to Kaito’s Orpheus abilities. However as more of Kaito and Rook’s past is explored and unveiled, a dark future is left in front of these two. Through the power of solving puzzles and uncovering the truth behind the POG, can Kaito avoid this dreadful outcome and somehow make it out with his life?

Although the first half of the anime failed to really give characters any backstory or much in the way of fleshing out besides some minor developments here and there, Collection 2 is able to capitalize on the fact that viewers have already been introduced to everyone and the quick plot advancement to flesh out the side characters and actually create a surprisingly interesting storyline. Then again, Kaito remains completely oblivious to the evil nature of those that he is going against, even when their obvious nefarious intentions are spelled out in front of him.

Rather than simply being an opponent to conquer, the exploration of Rook’s backstory begins a series of events which develop into quite an interesting story for a series about puzzle solving. On top of that, the other characters around Kaito, such as Rubic and Nanoha are given some more exploration as well, making them more than simple side characters which take the puzzle reigns whenever Kaito isn’t around to solve things instantly.

As I mentioned earlier, the puzzles continue to be at the forefront of Phi-Brain throughout its second half, though considering a few of these puzzles actually contain some legitimate story development, they are actually interesting enough to watch and there is a certain tension in the air that was lacking in the first half. Sure, the deadly price of failure always remains a threat but it never feels real until very late in this release, but everything still feels very forced. 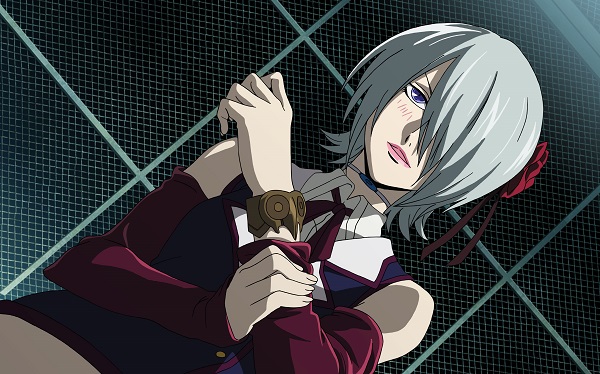 By capitalizing on the fact that Rook has finally been introduced and Kaito’s revelations both about his past and the future, Collection 2 manages to actually give meaning to what before seemed like a series of never ending puzzles with little development. By actually having a goal in sight and characters that have actually been given some semblance of development, the second half of season one gives us some form of closure concerning Rook and Kaito, but with a second season on the way and the ever present Puzzle of God, there is still more to come.

Visuals
Throughout the second half Phi-Brain Season One the animation quality fluctuates greatly. There are a multitude of scenes which have been given excellent backdrops, good attention to detail on characters and fluid animation but for every impressive scene there are others which simply look like the animation studio, Sunrise, had blown most of their budget. These flaws usually occur when a character’s face looks strangely proportioned, not for comedic effect, or poor implementation of CGI. 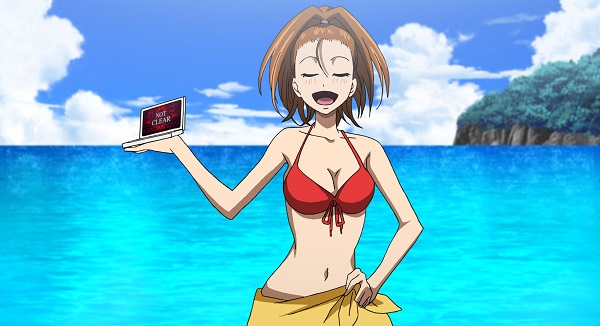 Extra attention has been given to some of the puzzle sequences and considering that, although more character backstory and actual character development occur in this half of the series, they remain the prominent element throughout. It is worth noting though that being a Blu-ray release, the varied color palette of Phi-Brain is vibrantly displayed which makes the exceptionally done scenes mentioned earlier all the better.

Audio
As one would expect, being the second half of the first season, all of the English voice actors have returned to reprise their roles. Also just like the first release in the series, this release contains both the original Japanese voice work as well as the newly recorded English dub. The cast continues to perform admirably with Greg Ayres’ voicing of Rook standing out this time around as David Wald’s Kaito continues to impress. 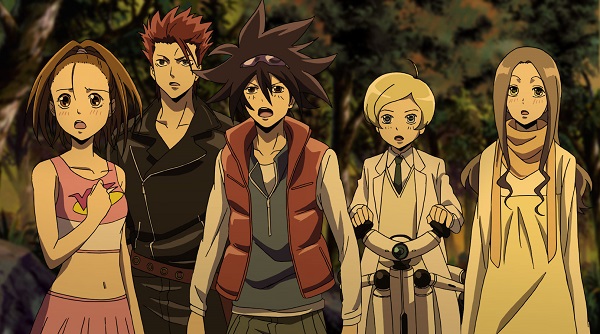 As for the background music, it remains relatively fitting though quite a few themes are repeated from the first half of the release so those looking forward to new tracks will be disappointed in the lack of variety. The opening theme “Brain Diver” by May’n and ending theme “Hologram” by Natsumi Kiyoura remain in place throughout the second half of the season and while Brain Diver is still nice to listen to, it would have been nice to see some sort of change at midway point of the season.

Extras
Just like the first half of season one, Phi-Brain: Puzzle of God Season One: Collection 2 features barely anything of note as far as bonus features are concerned. The only included bonuses are the clean opening and ending animations, and considering these are the exact same openings and endings as the first half of the season, they are simply repeated extras, as well as trailers for other Sentai Filmworks releases, which means there is nothing to be found here.

Overall
Phi-Brain started off rocky by providing us little explanation to the events occurring or even bothering to flesh out the characters viewers were watching. Thankfully Phi-Brain: Puzzle of God Season One: Collection 2 manages to not only expand these characters but also give us a story arc that actually matters and helps provide a blanket plot to the first season. There are still a number of nagging animation issues however and your standard shōnen series believability problems throughout, but this puzzle series has left enough of an impression to finally be somewhat worthwhile.