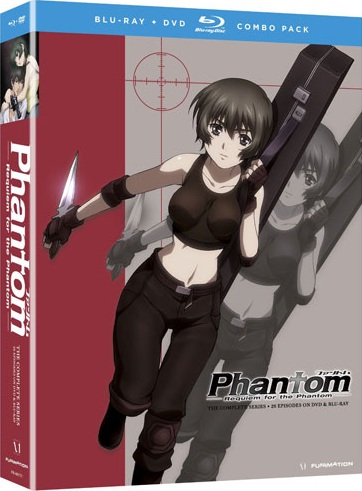 Overview:
It has become increasingly popular over the years for popular visual novels in Japan to be adapted into anime form and given at least a few episodes here and there. Phantom: Requiem for the Phantom, is one such anime, as it is adapted from the Phantom of Inferno game developed by Nitroplus, however rather than receive only one brief season, the anime was given two seasons containing twenty six episodes when it aired in Japan.

FUNimation has previously released the two seasons of Phantom: Requiem for the Phantom back in January of 2011, however this marks the first time anime viewers are able to pick up the entire series in one package, as well as the first time that Phantom fans can see the anime in the glory of Blu-ray. Is Phantom: Requiem for the Phantom an anime worthy of being remembered or will viewers wish they came down with a case of amnesia to forget the experience?

Story:
Memories are what make people who they are, however what would happen to someone if they were to lose all of their memories? A young man awakes in a mysterious area with no memory of who he is, why he is there or even where there is. However he quickly remembers that someone is out for his life, and that this someone is very close.

Suddenly a masked attacker begins to assault this man, telling him that he must fight or die. Choosing to live, this man fights with everything he has; only to find out his attacker is a girl. This girl introduces herself as Ein and tells the man that he must now live as an assassin, a person meant only to kill others and act as an instrument of death for a mysterious and dangerous syndicate known as Inferno, under the new name of Zwei. If he refuses he must be killed. With no memory of his past and only Ein existing in his memories this amnesiac man must now enter a world full of blood and death as he tries to stay alive and discover anything about his past. 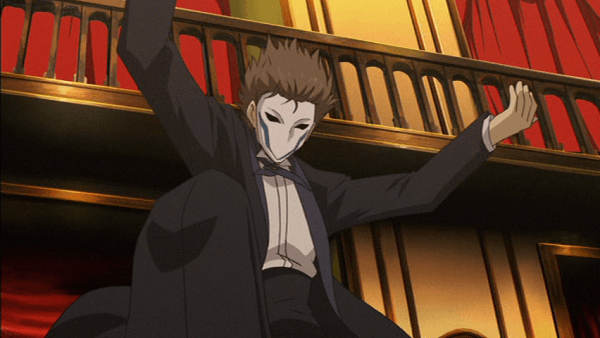 Now while I would love to explain more of the story, it would truly be a shame to spoil anything past that point.  Phantom: Requiem for the Phantom is a mystery thriller at its best with a heavy focus for character development rather than any overarching story development. This of course means that those eager to see how characters evolve as a story goes on will find exactly what they are looking for in Requiem for the Phantom.

Not only is the story focused more around developing the characters, but the way it goes about developing said characters is also genuinely enjoyable to watch. Rather than the characters being developed through their actions alone, it can often be seen as the work of the entire cast of characters. Out of this whole cast, our amnesiac main character Zwei’s personal story as a whole is interesting to watch as he undergoes many changes throughout the series, growing both as a person and a main character.

Now while the focus obviously rests on Zwei’s storyline, Ein’s character is even more intriguing as she is already introduced to viewers as an emotionless assassin. Watching her journey from this state as the series goes on is a highlight of the series. Other side characters such as Cal Devins receive their own story arcs as well, making it so nearly every character who appears in the show has at least some development occurring throughout the twenty six episodes. 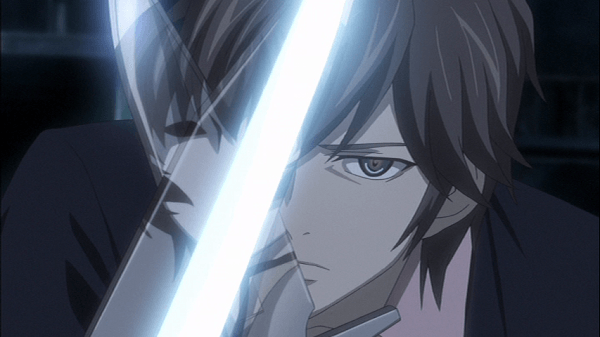 Phantom: Requiem for the Phantom’s storyline is very dark at times and tackles some very difficult concepts throughout its run. The series balances story with action well enough, though focuses less on action most of the time which can be a bit disappointing. However the amount of suspense and character development will keep viewers watching for the entire series. Though more than a few may be disappointed with the final minutes of the final episode as it seems to come completely out of nowhere   for practically no reason whatsoever and will leave a sour taste in most viewers mouth, as much as it did my own.

Visuals:
At its very best, Bee Train simply manages to accomplish a rudimentary job with the artwork present throughout the entire series. The character animations are fluid enough with the occasional drop in quality during fast paced scenes, though this is a rare occurrence as the battles themselves are usually presented with great fluidity, keeping the viewer on the edge of their seat as they watch the action unfold. 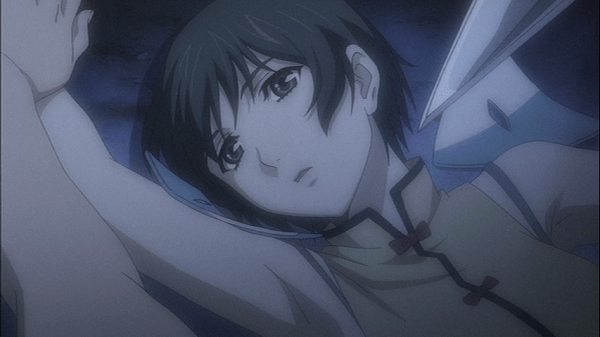 The character designs themselves are visually pleasing with a decent amount of diversity in the cast and special details added for some of the characters, such as Zwei. The background and environments work well enough, but again don’t stand out a whole lot in the end. Also, while the Blu-Ray accompanying the release provides a nice clean anime to watch, the DVD version has a fuzzy appearance over the entire series which may affect your viewing pleasure. For this reason it is great to see the combo pack containing both the superior Blu-ray alongside the lesser DVD.

Audio:
While some purists may wish to avoid listening to the English dub and simply stick with the Japanese voice cast, they would be missing out on some quality voice work provided by the English cast. One of the best things about an English dub is that the voice actors can come from every walk of life and carry with them various accents from around the world, or at least perform them accurately enough. This helps create a more accurate sounding dub than something a pure Japanese cast could accomplish. While the Japanese voice cast may still provide an adequate job, the obvious choice between the two is the English dubbing. 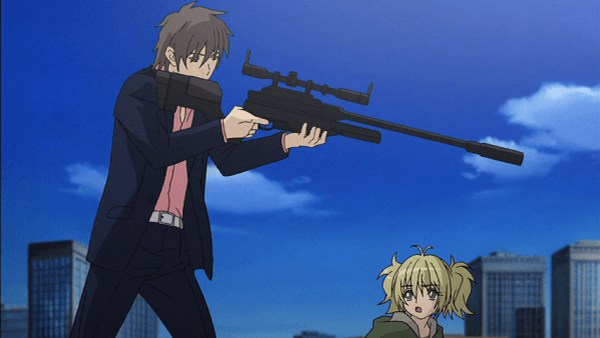 As far as the background music of the show is concerned it is adequate enough with plenty of different genres that help match the scenes occurring at any given time. Considering this collection contains two seasons, it also contains two openings and endings. The openings are “Karma” and “Senritus no Kodomotachi” while the ending songs are “Jigoku no mon” and “Transparent.” Each of these opening and ending songs are enjoyable to listen to and are set to some rather stunning animations as well, though out of the four the two best pieces are “Jigoku no mon” and “Senritus no Kodomotachi.”

Extras:
Those who pick up Phantom: Requiem for the Phantom will be quite surprised to see that not only does the entire package come with a large quantity of discs containing the series itself, but also two discs containing all of the special features for the releases. These two discs contain most of what you would expect with a FUNimation release, such as clean versions of the opening and ending songs and trailers for past and upcoming releases from the company. 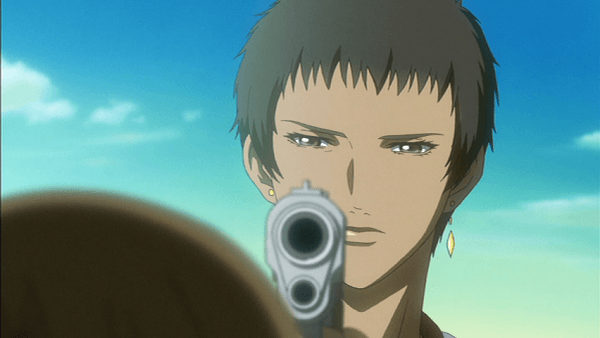 Besides these standard inclusions however are twelve picture dramas that are spread across the two discs. These picture dramas range from three to six minutes each and combined they contain quite a substantial amount of extra footage. These picture dramas are usually funny and enjoyable to watch which is a stark contrast to the dark nature of the main series as a whole. It is worth noting that the picture dramas are all in Japanese only with English subtitles, though this shouldn’t hinder viewers much from enjoying the comedy.

Overall:
Phantom: Requiem for the Phantom is an anime all about storyline and character development. While there may be plenty of dark aspects to the story, it provides a great drama interspersed with action. With the complete collection released by FUNimation we see all 26 episodes in one package, a package that will keep you entertained for hours on end as you watch episode after episode to see how the characters will evolve as the story progresses.