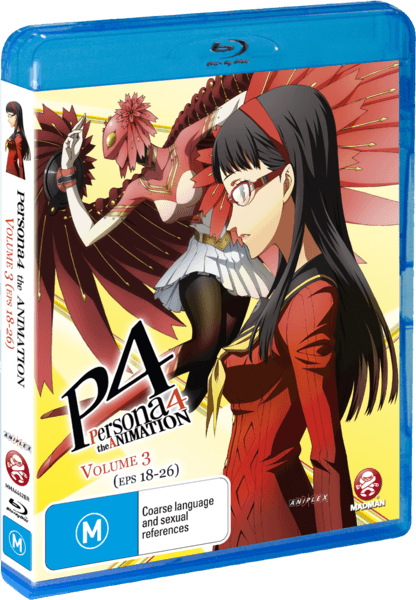 Overview
One thing that Persona 4: The Animation has been consistent with over the course of it’s run is just how inconsistent it is. There are times where it breaks through and truly connects and there other times where it is simply a chaotic mess. All the way up until its final episode it maintains this consistent inconsistency. Despite all that over the course of its run, Persona 4: The Animation has actually become a pretty fun series in its own right.

It began as a monotonous by the books adaptation of a video-game and slowly but surely began to open itself up to those who have not played the game. It was a necessary development and one that bared mixed results. If there is anything that can be said to Persona 4: The Animation’s credit is that it was an interesting ride, albeit an often unstable one. 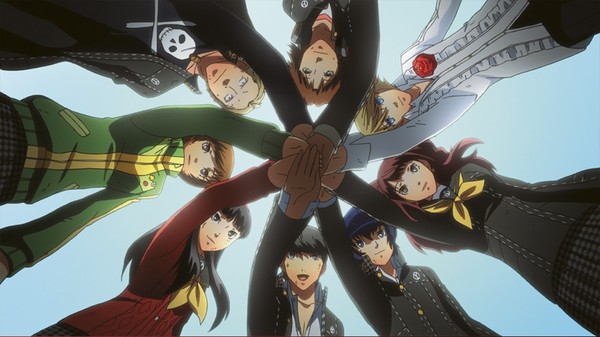 Story
Mystery stacks upon mystery in this third and final volume of Persona 4: The Animation. The nature of the Persona powers and what exactly is happening with the Midnight Channel are questions that are tackled in this muddled final chapter of this often fun yet more often confusing series.

The problem that the series always had has once again reared its ugly head. That problem is of course the fact that the series often presumes the viewer has played the game, slips into auto-pilot mode and comes off as a montage of video-game cut scenes. While we have gotten to know these characters and the bizarre world they inhabit, it is hard not to feel as though we are missing some of the pieces.

Regardless f its flaws, the series does conclude in a relatively satisfactory manner, being as interesting as Persona 4: The Animation can be all the while tying things up well enough. It’s about as good of a conclusion as anyone could have hoped for this series and it does a decent job at providing some catharsis to the series’ long standing plots.

At its core Persona 4: The Animation is an adaptation first and an anime second. Your enjoyment of the series really comes down to whether you have played the game or can look past the overwhelming sense of missing pieces. Undoubtedly fans of the game would get a real kick out of this series, it’s a great tribute to what is surely a great game. But as an anime, it leaves a lot left to desire. The show’s conclusion serves as a perfect example of what Persona 4: The Animation amounts to. It was satisfactory at best, downright silly at worst, generally sloppy and kind of fun. 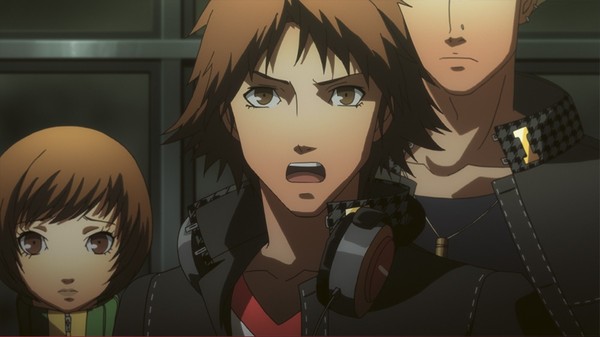 Visuals and Audio
Aesthetically Persona 4: The Animation improves significantly in this final volume with a noticeable increase of sakuga animation and higher level of detail than witness in the series prior to this release. The action segments are well conveyed and animated brilliantly by AIC ASTA. The vibrancy of the Midnight Channel is well juxtaposed with the tempered real world, but it does come with a sense of deflation whenever the series returns to the hues of grey that make up the real world in Persona 4: The Animation.

As always the real star of Persona 4: The Animation is its absolutely remarkable soundtrack. This is one case where a soundtrack has almost a life of its own, heck I’d go so far as to say that this soundtrack is the life of Persona 4: The Animation. The music is well timed and add more to the series than most compositions ever do. It gives the series flavour where it would have none. It gives it emotion where you’d otherwise feel nothing. It really is a large contributing factor to what makes the series work and one that deserves all the praise that can be heaped onto it.

The voice work for both English and Japanese audio tracks is quite good with solid performances from all involved. It may not be the best dub you’ll have heard but it gets the job done in an effective way that remains faithful to the original material. 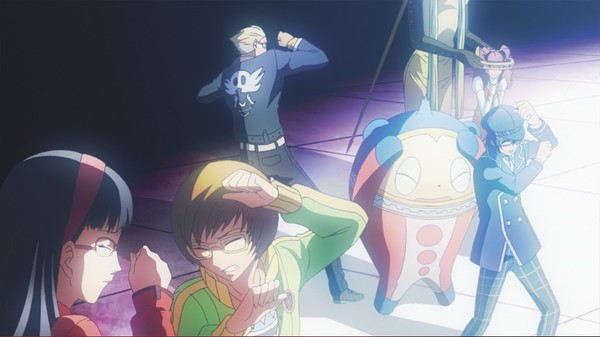 Extras
Madman Entertainment have done a great job with this final volume which comes in both a standard edition and limited boxed edition. The boxed edition features room for the first and second volumes if you have already collected them thus far, which would only make sense if you were interested in purchasing the third volume of course. The blu-ray itself has a nice reversible cover for those who are so inclined.

There is also some on disc bonus content that will undoubtedly give fans a bit more to explore after that finish watching the series. Included is the standard trailers and textless songs plus a special short drama called ‘Jikken’ which is a nice little addition on top. It all amounts to a very solid release content wise for Madman Entertainment. 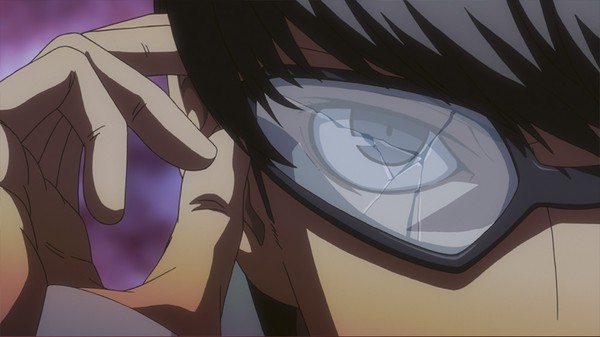 Overall
Persona 4: The Animation has final closed the curtain on what was a rollercoaster ride of a series. While the conclusion isn’t exactly anything to write home about, it does wrap things up nicely enough with some genuine catharsis.

All in all the series has been well and truly hit and miss. If you have followed it this far, then you most likely find it to be more of the former than the latter. But at its core Persona 4: The Animation is primarily focused on servicing the fans of the game rather than pulling in the uninitiated. It has been the series’ problem since day one and it is one that it ultimately leaves unfixed.

If you are a Persona 4 fan, then you won’t want to miss out on this anime series. It is an unashamedly affectionate tribute to the video-game and one that is clearly made for fans by fans. Unfortunately if you have not checked out the game itself, this is one series that will no doubt be lost on you.